Demi Lovato's Mom Breaks Her Silence on the Singer's Overdose

Nearly two months after Demi Lovato was hospitalized for an apparent overdose, her mother, Dianna de la Garza, appeared on Tuesday's episode of Newsmax TV and opened up about that tragic day.

"It's still a really difficult thing to talk about," she said. "I literally start to shake a little bit when I start to remember what happened that day."

De la Garza recalled getting bombarded with text messages from loved ones expressing their concern and well-wishes for the singer. Still, the matriarch didn't know what was going on. It wasn't until she received a call from Lovato's assistant, Kelsey Kershner, that she learned the truth.

"So, I was in shock. I didn't know what to say," she recalled. "It was just something that I never, ever expected to hear, as a parent, about any of my kids."

When she asked if her daughter was OK, the assistant told the worried parent the "Confident" singer was conscious but not speaking.

"I knew at that point that we were in trouble," she said.

De la Garza then broke the news to Lovato's sisters, Dallas and Madison. While the mother knew she had to get to Cedars-Sinai Hospital, she didn't feel like she could drive. So, Dallas offered to take her.

"We got there as quickly as we could," de la Garza said. "Dallas and Madison and I jumped out of the car at the emergency room and ran into the emergency room to be by her side. She just didn't look good—at all. She was in bad shape. But I said to her, 'Demi, I'm here. I love you.' And at that point she said back to me, 'I love you, too.'"

De la Garza credits her faith with helping her cope during this difficult time.

"From that point on, I never allowed myself to ever think that things weren't going to be OK," she continued. "I prayed, of course, all the way to the hospital, and my faith is strong. I think that was one of things that got me through the next couple of days when she was in critical condition. We just didn't know for two days if she was going to make it or not."

She also partially attributed Lovato's survival to the love and support she received from the fans.

"I just feel like the reason she's alive today is because of the millions of prayers that went up that day when everybody found out what was happening," she said. "I don't think she would be here if it hadn't been for those prayers and the good doctors and Cedars-Sinai. They were the best. I couldn't have asked for a better team of people to save her life." 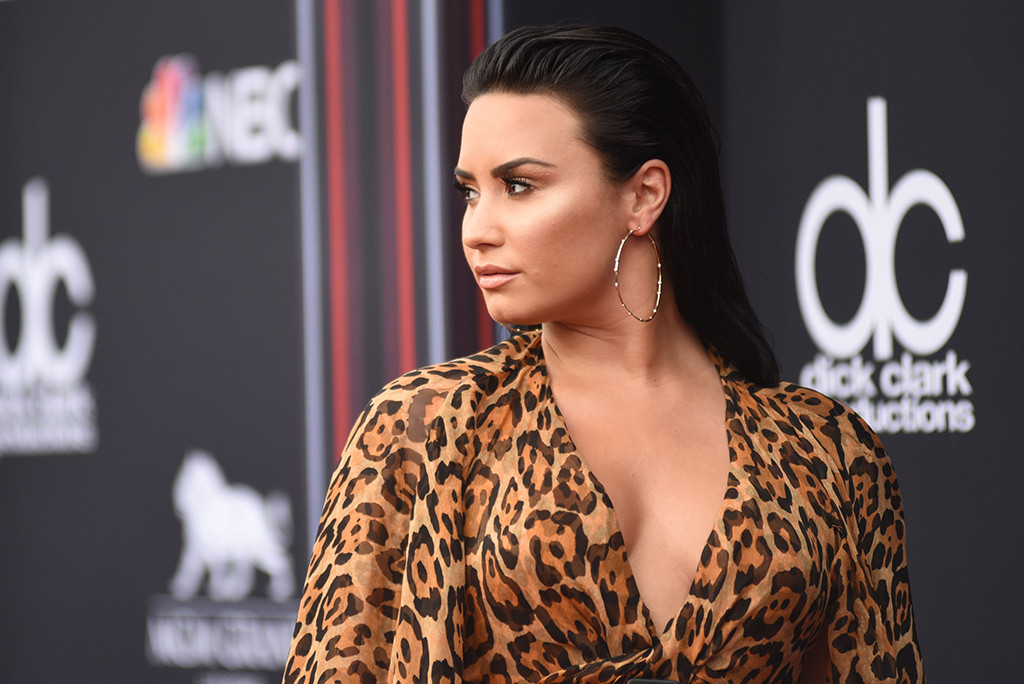 "She's happy. She's healthy. She's working on her sobriety, and she's getting the help she needs," she added. "That in itself encourages me about her future and about the future of our family."

De la Garza also revealed that she had received Lovato's permission before going on the show.

Near the end of the interview, she spoke candidly about the country's opioid crisis.

"You don't see it coming, and that's the scary thing," she said. "The opioid crisis in America is at an epidemic level, and people don't understand that until they start researching it...After this happened, I started researching and looking into how opioids are killing our kids. It's happening, I think, it's every 15 minutes someone dies of an overdose. It's not just the kids, either—it's grown-ups. It's mothers. It's fathers."

She then thanked the show for letting her speak out and "giving me this platform."

"It's something that, if it has not touched your family's life right now, before this gets any better, it has every chance of doing that," she said. "So thank you for helping me speak out. I want to do whatever I can in this fight and fight with whoever will help."

Lovato was hospitalized for the overdose back in July. The news came just a few weeks after the Grammy nominee released "Sober"—a song in which she apologized for breaking her sobriety. She had also celebrated six years of sobriety in March.

After news of the hospitalization broke, several celebrities shared their hopes and prayers for Lovato on social media, including Ellen DeGeneres and Joe Jonas. Her ex, Wilmer Valderrama, also rushed to be by her side. It wasn't until her rep spoke out that fans learned Lovato was "awake with her family."

Then, in August, Lovato broke her silence in an open letter to her fans.

"I have always been transparent about my journey with addiction," part of her letter read. "What I've learned is that this illness is not something that disappears or fades with time. It is something I must continue to overcome and have not done yet."

It's true that Lovato has always been open with her fans about her struggles with drug and alcohol addiction, as well as with her history of eating disorders and self-harm. She underwent rehab in 2010 at the age of 18.