The Rise and Fall of Mischa Barton: A Timeline

Mischa Bartonwas the It Girl of the mid '00s, thanks to the popularity of The O.C.

But her acting career has stalled for the past 11 years, since she quit the show the year before it ended its four-season run, and amid attempts at a comeback, she's been making headlines for all the wrong reasons, such as when she recently confirmed that someone was trying to shop around a sex tape of her.

How did she get there? 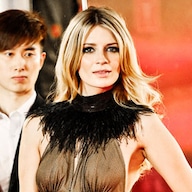 2004-2006: The O.C. Fame: Barton, a former theater-trained child actress, becomes an international star thanks to The O.C., in which she plays Marissa Cooper. Her character's death remains one of the saddest and most memorable pop culture moments.

During the peak of her career, she is invited to the most prestigious Hollywood events, such as the Emmys and the Golden Globes—even though The O.C. was never nominated for those awards, Vanity Fair's Oscars after-party and the Cannes International Film Festival. She also graces the covers of magazines such as Glamour, Cosmopolitan and Allure.

Returning to Her Roots: Barton moves to England, where she was born, right after she leaves The O.C.

"I think I just got to the point where I was like, 'I'm not sure I'm enjoying this anymore,'" she said. "I just felt like I was in a machine and I couldn't really get off. So it was time to step back. So I went back to England and it was just a year of real self-exploration." 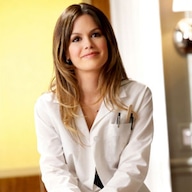 May 2007: The Descent: During The O.C.'s final year, Teen Vogue puts Barton on the cover of its Young Hollywood issue, naming her as one of 23 "rising stars."

But that May, Barton, who had meanwhile returned to Hollywood, make tabloid headlines after she is hospitalized after falling ill at Nicole Richie's Memorial Day barbecue. Barton's rep says the actress suffered an adverse reaction after consuming a few cocktails along with prescription antibiotics she was taking for bronchitis.

December 2007: DUI Arrest: Barton is attested for driving under the influence in West Hollywood. She is given 36 months probation, alcohol education classes and a fine as part of a plea deal.

"Obviously, I'm 100 percent responsible for my actions in this case, and I'm really disappointed in myself," Barton told Ryan Seacrest on his radio show soon after her arrest. "I don't know what to say about it except I'm not perfect. I just don't ever intend to do something this stupid again."

"That was a low point for me. I never, ever would have thought I would be arrested," Barton also told Nylon magazine. "I was disappointed because it associated me with a group of girls that I would rather not be associated with. That was the biggest bummer for me—I didn't leave my house. I was too embarrassed. They made such a big deal out of it with these other young actresses, that, for a little bit, I wanted to crawl into a hole and die."

2008: Tabloid Favorite: Barton soon starts to attract more paparazzi, who sell unflattering candid swimsuit photos of her to tabloids. In November of that year, she gets upset when she arrives at a club and sees a swam of photographers outside.

...and sex symbol: Barton wears black lingerie on the cover of Maxim, which declares that she is taking on "the big screen." 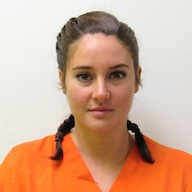 2009: "Royal Pain in the Ass"? Barton makes negative headlines again when she reportedly causes some drama at a Miss Sixty fashion show during New York Fashion Week by sending staff scrambling to find her a different outfit after she arrived in one that was too sheer.

She's a royal pain in the ass," one staffer complained. "We sent all these clothes over and she ends up wearing nothing!"

Barton ultimately agrees to put on a scarf to cover herself up.

Meanwhile, the actress continues to showcase more racy looks; She wears lingerie on the cover of FHM magazine, which teased that the actress "needs a little help with her clothes."

July 2009: Hospitalization: Barton is hospitalized in a psych ward in July. She remains mum on the reason, while a source tells E! News she was admitted for "suicidal" actions.

After being discharged, the actress does not join her co-stars at a key promotional event for The Beautiful Life.

August 2009: Party Time: Barton is spotted at a party in New York City, although she was not seen drinking alcohol.

September 2009: Say What? Barton appears on The View and gives a confusing explanation about her hospitalization, saying she had a tooth infection and tried to numb the pain with painkillers, then felt "completely overwhelmed" by everything going on in her life.

"When they take you into the hospital for something when it goes really wrong if you're having a meltdown and you say something like 'I feel like I want to die'...they start injecting you with things to calm down," she said. "Like I'm petrified of needles. Like absolutely petrified."

"I just figure that if you hit rock bottom like that...and you're around people, you know, you realize I'm nothing like these people," she said. "I have a career, I worked so hard for it. I'm such a positive person...I think you can overcome anything, and for me having that kind of chronic pain for the first time in my life, like being in serious pain, was such a wake-up call."

January 2010: ...For the Most Part: Barton gets a guest role on Law and Order: SVU episode set to air in May. 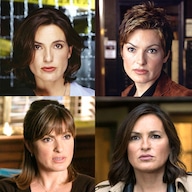 Mariska Hargitay's Law and Order: SVU Hair Through the Years

March 2012: Fashion Designer? Barton released her own branded fashion line and website, which no longer exists. She also opened a boutique in London.

August 2013: Breakup: Barton and boyfriend Sebastian Knapp break up after a year.

April 2015: Suing Mom: Barton sues her mother Nuala, her former manager, for breach of oral contract and fraudulent misrepresentation, claiming she lied about the amount of money the actress was being paid for a 2013 film and pocketed the difference. 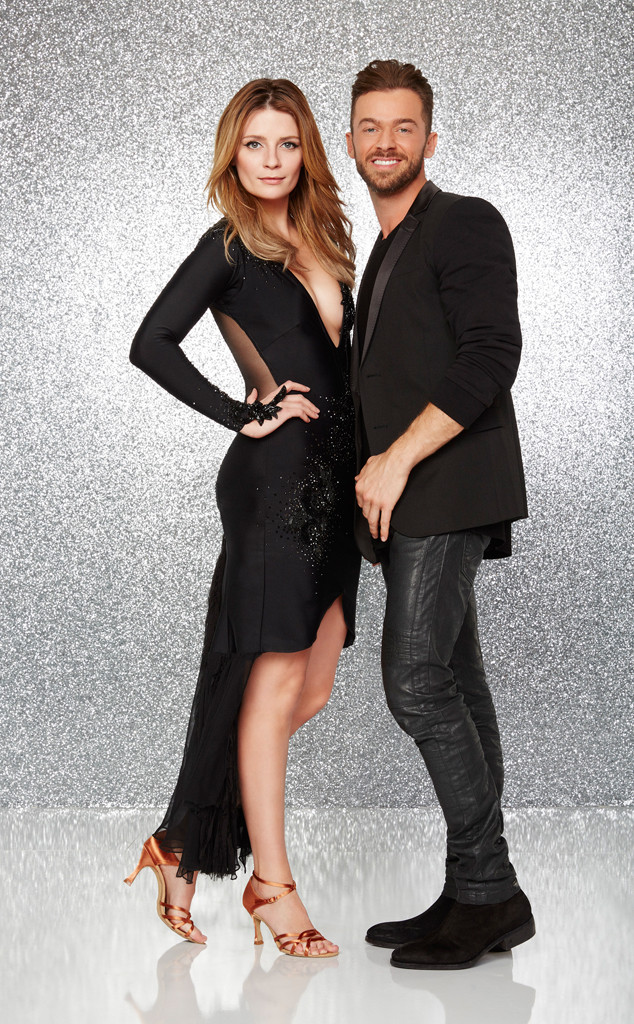 March 2016: DWTS: Barton competes on Dancing With the Stars and is the second celebrity contestant to be eliminated.

"Ugh, I had no idea it would be so bad. I got told off by my dancer," she told The Ringer. "I was supposed to control the costumes, I was told that I could do the design aspect of it, that's kind of the reason why I agreed to do it."

Mischa continued, "That didn't happen. It wasn't collaborative like a choreographer on a film set. … I was so confused by it. It was like The Hunger Games. It was all a popularity contest. It was awful. I was so glad to get kicked off." 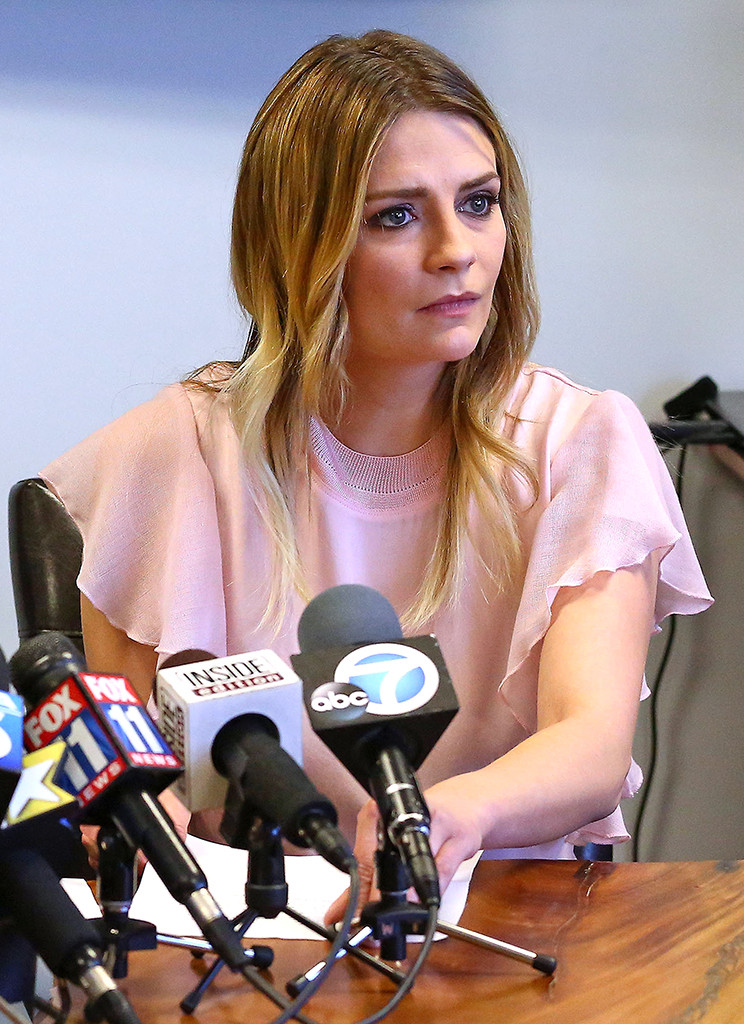 January 2017: Back to the Hospital: Barton is hospitalized after a neighbor calls 911 to report she was behaving erratically. She later says medical staff told her she was given the date rape drug GHB.

"I think it was complete hallucination," Barton said on Dr. Phil. "I have no idea what I was talking about."

"Before I blacked out and don't remember anything, it was more auditory and visual—but more visual, like specks of light and stuff like that," she said. "There's also blackout parts earlier in the night, and then I'll remember my friend saying, 'Please lay down and then it'll be gone again.' And the whole thing outside is just blackouts."

"I came forward to fight this not only for myself, but for all the women out there," Barton said. "I want to protect them from the pain and humiliation that I have had to go through. No woman should have to go through this and I am beyond grateful to Lisa Bloom, the Bloom Firm and to all of my friends who have helped me through this horrific experience. It is a very hard thing to do but I am glad that I am finally standing up for myself."

TAGS/ Mischa Barton , Top Stories , The O.C.
GET POP CULTURED!
*Email entered incorrectly. Please try again.
By subscribing to our newsletter you agree to the Privacy Policy and Terms of Use
Daily
Weekly