The Duke and Duchess of Sussex intend to "step back as 'senior' members of the Royal Family."

"After many months of reflection and internal discussions, we have chosen to make a transition this year in starting to carve out a progressive new role within this institution," the couple wrote via Instagram. "We intend to step back as ‘senior' members of the Royal Family and work to become financially independent, while continuing to fully support Her Majesty The Queen. It is with your encouragement, particularly over the last few years, that we feel prepared to make this adjustment."

The dynamic duo also shared their plans to balance their time between the U.K. and North America while continuing to honor their duties to Queen Elizabeth II, the Commonwealth, and their patronages.

"This geographic balance will enable us to raise our son with an appreciation for the royal tradition into which he was born, while also providing our family with the space to focus on the next chapter, including the launch of our new charitable entity," Harry and Meghan concluded, referencing their son Archie Harrison. "We look forward to sharing the full details of this exciting next step in due course, as we continue to collaborate with Her Majesty The Queen, The Prince of Wales, The Duke of Cambridge and all relevant parties. Until then, please accept our deepest thanks for your continued support."

The Palace also released a statement.

"Discussions with The Duke and Duchess of Sussex are at an early stage," the statement read. "We understand their desire to take a different approach, but these are complicated issues that will take time to work through." 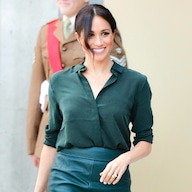 While many royal admirers were shocked by the announcement, others had predicted that Harry and Meghan were preparing for their next chapter.

For a look at some of the initial signs, check out the gallery. 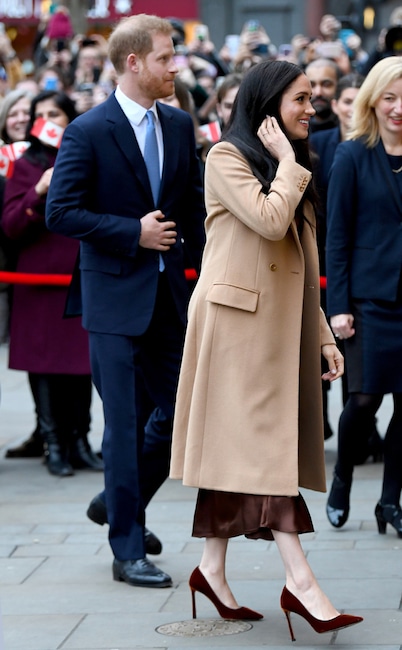 They Just Went to North America

Harry and Meghan didn't specify which country they're moving to within North America. As royal admires are aware, Meghan was born in the U.S. but lived in Canada while filming Suits. Back in November, the Duke and Duchess of Sussex revealed they were spending time with Meghan's mother, Doria Ragland, over the holidays. Sources told Vanity Fair there was a "possibility" the couple was staying in the U.S. and that they could be extending their stay to search for a second home there. However, in December, the duo revealed they were spending "private family time" in Canada. Reports then spread that they were moving there. The Palace would not comment on the "speculation" at the time. 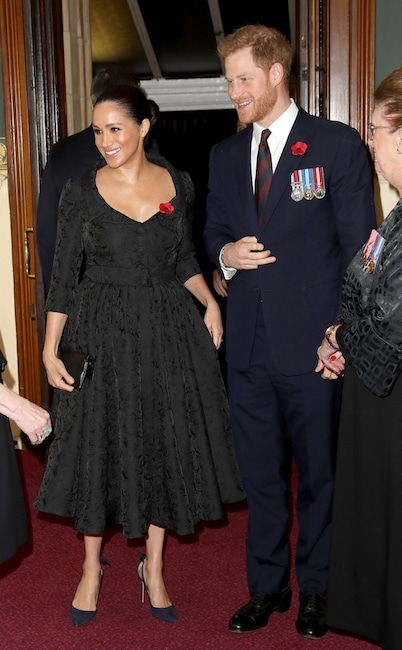 They Missed Christmas With The Queen

As previously noted, Harry and Meghan skipped Christmas with The Queen in Sandringham to spend the holidays with the duchess' mother. They noted "this decision is in line with precedent set previously by other members of the Royal Family"—Prince William and Kate Middleton did spend Christmas with the Middletons in 2012—and that they had "the support of Her Majesty The Queen." However, their absence raised a few eyebrows. 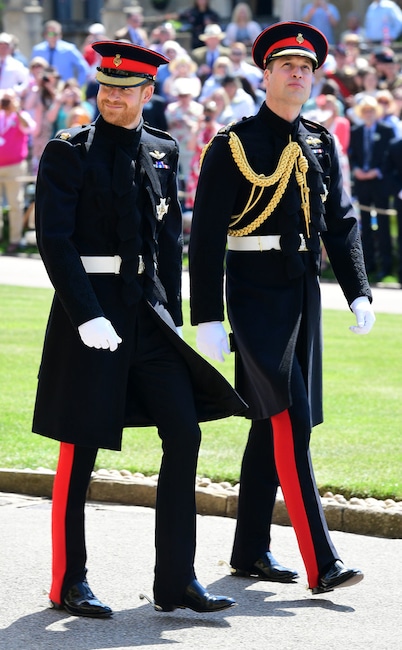 There Were Rumors of Royal Rifts

Rumors of tension between Harry and William and Meghan and Kate started spreading in late 2018. At one point, the Palace even addressed a certain argument allegation about the duchesses, stating it "never happened." Harry also commented on the feud rumors during ITV's documentary Harry & Meghan: An African Journey.

He also said that "the majority of stuff is created out of nothing."

"As brothers, we have good days and we have bad days," he said. 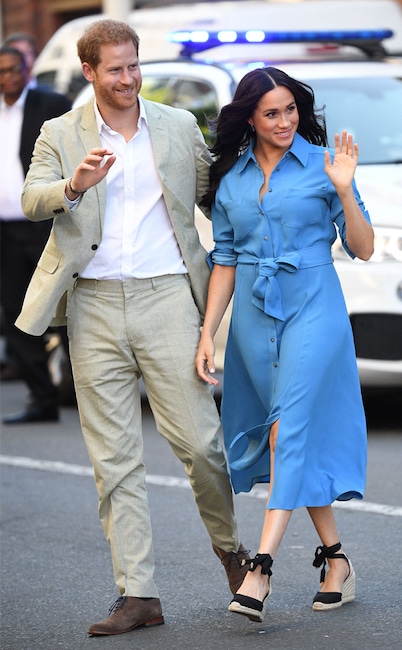 They Took Legal Action Against the British Press

In October, the two announced they're taking legal action against the Mail on Sunday and its parent company Associated Newspapers over the allegation the outlet unlawfully published one of Meghan's private letters. The BBC also reported in October that the duke started taking legal action against the owners of the Sun and the Daily Mirror. Meghan opened up about the media scrutiny in the ITV documentary.

"Any woman, especially when they're pregnant, you're really vulnerable and so that was made really challenging," she said at the time. "And then when you have a newborn, you know...especially as a woman, it's really, it's a lot, so you add this on top of just trying to be a new mom or trying to be a newlywed its, yeah, well I guess."

So, it wouldn't be surprising if the couple is seeking more privacy. 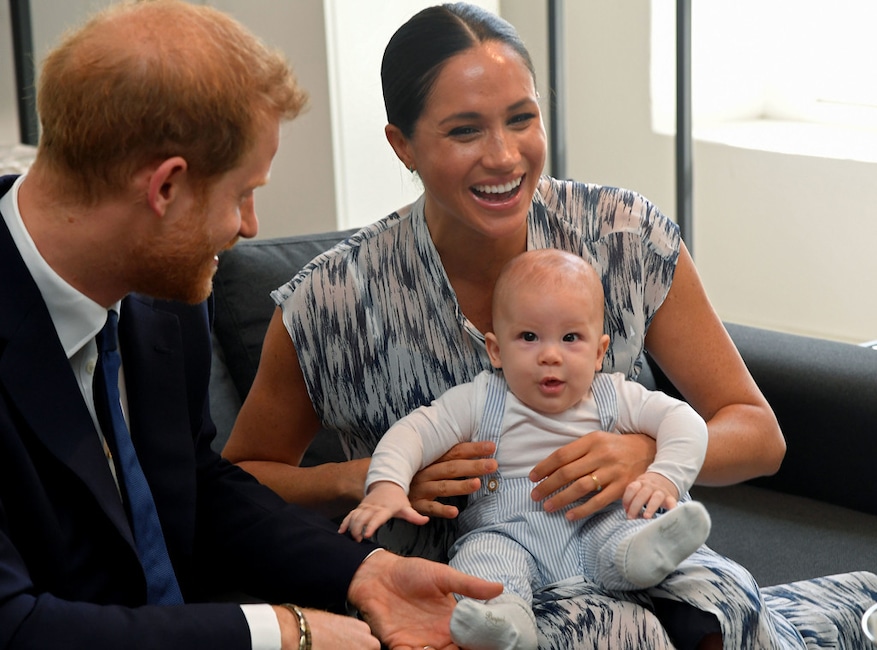 They Didn't Give Son Archie Harrison a Royal Title

After Harry and Meghan welcomed their first child in May 2019, they shared their son's name with the world: Archie Harrison Mountbatten-Windsor. Fans noticed the young one didn't have a royal title.

"He will not be styled as Earl of Dumbarton but Master Archie M-W," royal historian Marlene Koenig shared with E! News at the time. "But I am not surprised as Harry and Meghan want a 'normal' life for their kids."

They Moved Out of Kensington Palace

Shortly before Archie's arrival, Harry and Meghan moved out of Kensington Palace, where they were neighbors with William and Kate, and into Frogmore Cottage. Some criticized the couple after The Sovereign Grant and Sovereign Grant Reserve's annual report revealed how much renovations on the residence cost. The big move came just weeks after The Queen "agreed to the creation of a new household for the Duke and Duchess of Sussex." 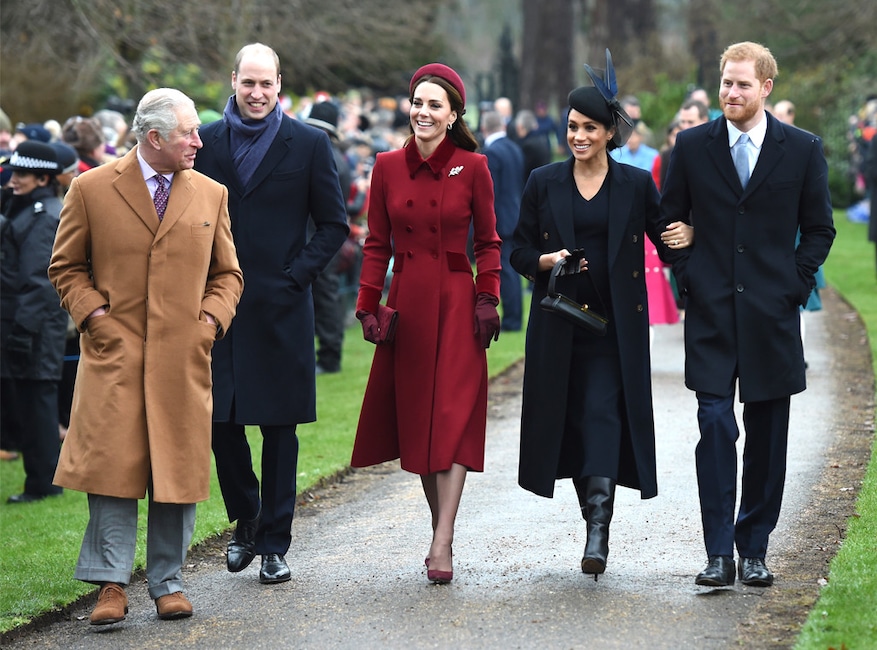 Speaking of which, The Queen "agreed to the creation of a new household for the Duke and Duchess of Sussex" in March 2019. From launching their own Instagram account to hiring staff members, Harry and Meghan made this new household their own. They also stepped back from their joint philanthropic and charitable initiative with the Cambridges, The Royal Foundation, over the summer. The Palace announced "the Duke and Duchess of Sussex will establish their own new charitable foundation with transitional operating support from The Royal Foundation." 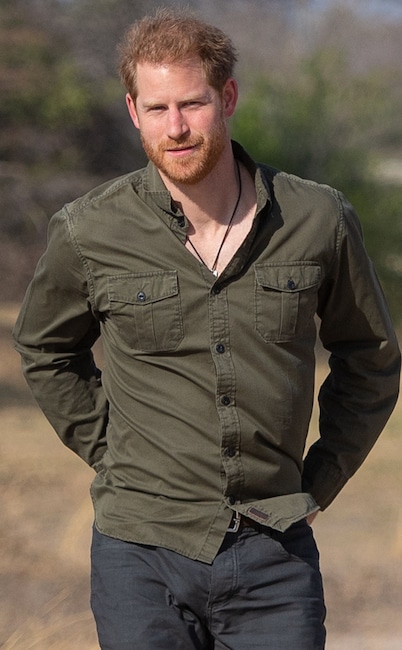 In 2017, Harry spoke to Angela Levin about living life in the royal spotlight.

"There was a time I felt I wanted out," he said while looking back at his past, per The Mail on Sunday. "But then I decided to stay in and work out a role for myself."

Harry also said he felt like he lived in a "goldfish bowl."

"I am determined to have a relatively normal life, and if I am lucky enough to have children, they can have one too," he said. "We don't want to be just a bunch of celebrities but instead use our role for good." 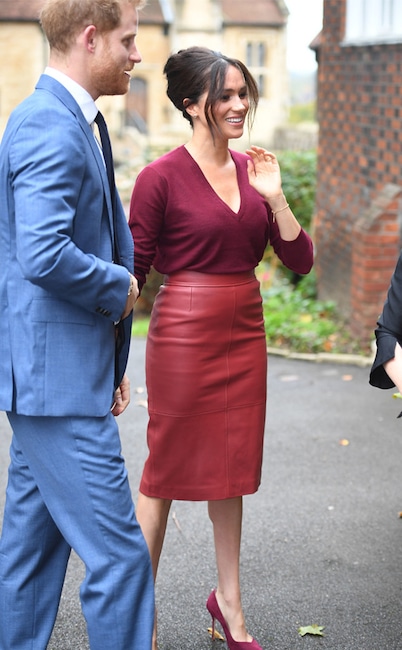 From showing PDA to keeping Archie's birth plans private, Harry and Meghan have never been afraid of doing things their way. Now, it looks like they're forging their own path once again.