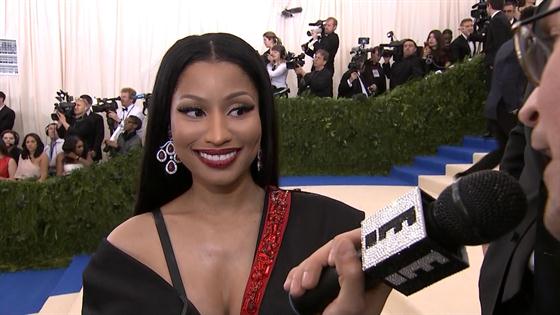 Pound the alarm because it's Nicki Minaj's birthday!

The singer turns 37 today and is no doubt celebrating a year of huge personal milestones and career moves.

In October, the Grammy-nominated rapper posted a video to Instagram announcing she had tied the knot with Kenneth Petty, a little less than a year after debuting their relationship on Instagram.

Getting married wasn't the only exciting news for the celeb, either! Despite a year in which she threatened to retire, Minaj released a powerhouse single and was featured on the tracks of multiple up-and-coming artists.

In June, Minaj dropped her single "MEGATRON," where her beau made an appearance in the accompanying music video. She also had an ultimate hot girl summer by being featured on Megan Thee Sallion's "Hot Girl Summer" track and music video. 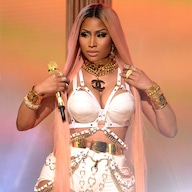 Plus, if you went to see Charlie's Angels in theaters this fall, you may have heard Minaj singing alongside Ariana Grandeand Normani on the film's soundtrack song "Bad To You."

To celebrate the Queen's birthday, we've rounded up some of our favorite music videos over her career that we can't stop playing!

Take a look below and then sound off in our poll on which is your favorite.

While plenty were anticipating the star's first album, thanks largely to Lil Waynehaving featured Minaj on his song "BedRock" the year earlier, no one could have anticipated how wildly successful Pink Friday was going to be.

Within the first week, the album sold 375,000 copies and the album's fifth single, "Super Bass," launched Minaj into mainstream, international fame when the song peaked at number three on the Billboard Hot 100 chart and made waves abroad.

The colorful music video, from Minaj's two-toned hair to the glow-in-the-dark dancing near the end, was a perfect accompaniment to the song's upbeat energy and made clear that the musician was going to be a fixture in pop culture.

In this music video for another song from Pink Friday, Minaj is joined by Rihanna as she explores some sort of post-apocolyptic world.

In an exclusive interview with E! News, the artist explained the video was about how, "We're going to save the world in more ways than one...and that's all I can say about that." And as you can see above, the duo do save the world when they fight off attackers who try to take them down.

These ladies came to win, to fight, to conquer, to thrive...and they did!

In case you forgot at the beginning of her career, Minaj employed many alter egos in her act, including Martha Zolanski, the fictional mother to another one of her egos, Roman Zolanski.

In "Moment 4 Life," Martha makes an appearance as a fairy godmother of sorts, letting Minaj know that her story isn't like the other fairy tales.

This turns out to be true, as Minaj dances the night away in a beautiful gown and kisses Drake in a wedding ceremony right as the clock strikes midnight. Unlike Cinderella though, Minaj doesn't have to run. She's earned this moment and gets to stay in it, maybe for life.

From her second studio album, Pink Friday: Roman Reloaded, Minaj returned to her hometown of Saint James, Port Spain in Trinidad and Tobago to shoot a music video that paid tribute to her roots.

The beautiful costuming, bright hues and gorgeous shots of Trinidad makes this music video as high-energy as the song and we turn the volume all the way up when it's on.

Also from her second album, Minaj's "Sharships" cast the singer as some kind of extraterrestrial who gets beamed onto an island and is instantly worshipped, naturally.

The VFX-heavy music video employed a kaleidoscope effect to show off the artist as she danced in a dark light, illuminated by paint splatters. Technically brilliant and full of fun, it made sense that the piece went on to win Best Female Video at the 2012 MTV Video Music Awards.

One thing is for certain, Minaj was meant to fly!

"Beez In The Trap"

Yet another hit from Pink Friday: Roman Reloaded, Minaj brings the track's featured artist 2 Chainz into a music video where she rocks a leopard catsuit as they turn it up in the club.

The music video was beloved by fans and went on to score a nomination for the Best Hip-Hop Video at the 2012 MTV Video Music Awards. While Minaj didn't win, she was still happy as the artist awarded was her close friend, Drake, for his work on "HYFR."

Before Kim Kardashian would break the internet in November of 2014 with her Paper cover, Minaj would break it a few months earlier with her music video for "Anaconda" from her album The Pinkprint.

Sampling from Sir Mix-a-Lot's iconic 1992 song "Baby Got Back," which paid homage to thick posteriors, Minaj's video featured her giving Drake a "no touching" lap dance and saw her dancers twerking.

While the unapologetic video and promotional teaser was criticized by some for being overtly sexual, Minaj hit back by pointing out that it seemed the criticism was around the video featuring black women celebrating their bodies.

The artist called out the media's hypocrisy by posting to Instagram a photo of mostly white Sport's Illustrated models posing cheekily in bikinis with the caption, "Angelic. Acceptable. Lol."

The ahead-of-its-time video was a political statement showcasing a black woman in control of her own sexuality, instead of being a prop like in countless male music videos, and the numbers proved it was an objective hit. Within the first day of it going live, the video accumulated nearly 20 million views and broke Vevo's 24-hour record.

Reunited on the track with Young Money label founder Lil Wayne and artist Drake, Minaj released a music video fit for a royal to accompany "No Frauds."

Given that the song is a response to Remy Ma's diss track "shETHER," it made sense that the video's set pieces showcased Minaj around London and on a throne, wearing a crown to indicate she remains the queen.

Minaj brought it with the choreography for "Good Form," featuring multiple backup dancers performing alongside the artist across multiple stages.

Featuring additional talent like Lil Wayne and Tyga, the video is a total party, complete with Minaj taking a dip in front of an oversized pink donut.

Minaj's husband Petty made his on-screen debut in this sensual video that features the performer having a great time with her friends, including partying with a bright green Lamborghini.

The video is red hot, so much so that Minaj's Lamborghini catches fire by the end of the video. But hey, we're still having a great time dancing to this!