Leah Remini vs. Scientology: 7 Things We Learned From Her Troublemaker Book Press Tour 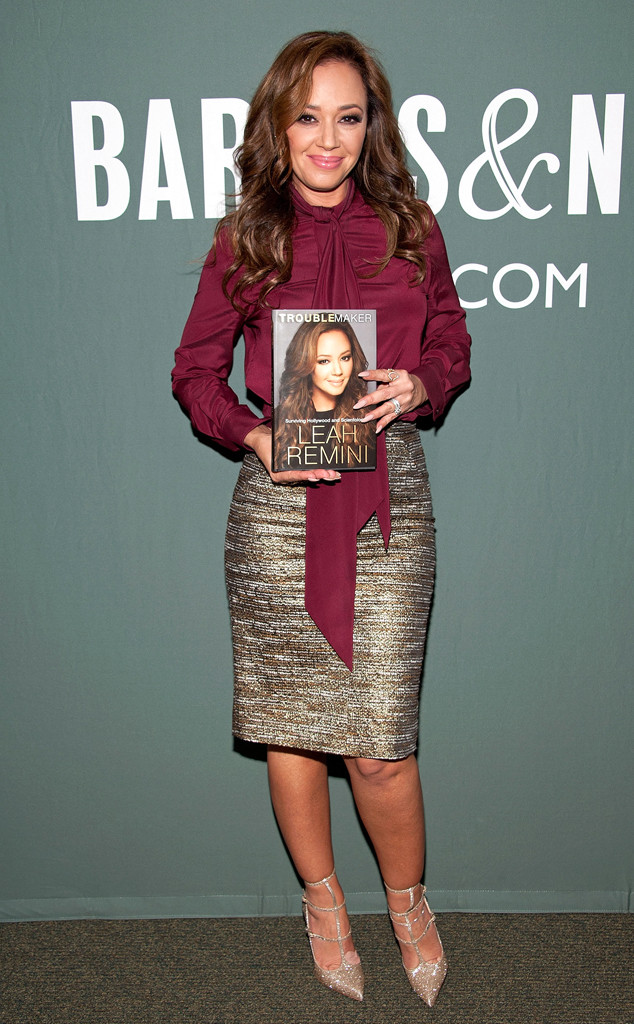 Leah Remini has been makes headlines all week with her mostly negative comments on Scientology, her former controversial religion, and Tom Cruise, the church's most famous member.

The King of Queens alum was raised as a Scientologist and left the organization in 2013. She gave a slew of press interviews to promote her new memoir, Troublemaker: Surviving Hollywood and Scientology, which was released on Tuesday.

Cruise has remained mum about Remini's comments, while the Church of Scientology has denied claims she has made about the organization.

In the book and during her interviews, Remini also talked about Cruise's ex-wife, Katie Holmes, with whom she says she has feuded in the past.

READ: Leah Remini vs. Scientology: A timeline of the fallout from the actress' break With the church

Check out seven things we learned from her interviews during her press tour for her book.

1. Being a Scientologist wasn't all that bad

"I can't discredit the things that I learned, you know, as a young person being told, 'You have the power, you're the cause of your life, you are not a child, you're a spiritual being,' you know, I would walk into rooms like, 'What's up?'" Remini said on The View.

"It gave me a lot of confidence," she said. "I was bossing people around, thinking I'm a spiritual being. 'My body is nine but I'm, like, big.' So it did, it gave me confidence and I can't take that away."

2. She's not afraid of Church of Scientology officials "coming after her"

"Well, I know the policy of the church, when someone speaks out publicly against them so I know how they deal with people like me. So they would take something out of context or in my confessions and put that on the street," Remini said on The View. "You're OK to leave, just don't talk about it."

"Well, they do [come after you]," she added. "But the thing is, you can't be afraid. I'm not afraid. So you can come after me. You can make the public statements that you need to—my story has been told. It's my story and it's something that I wanted to do to let people know, 'It's OK, I'm here, I'm happy. I have my family. I'm moving on with my life.' I wrote a damn book. I mean, I'm from Bensonhurst [in Brooklyn]. I mean, I'm proud of myself. To me, to be able to tell it is an amazing thing." 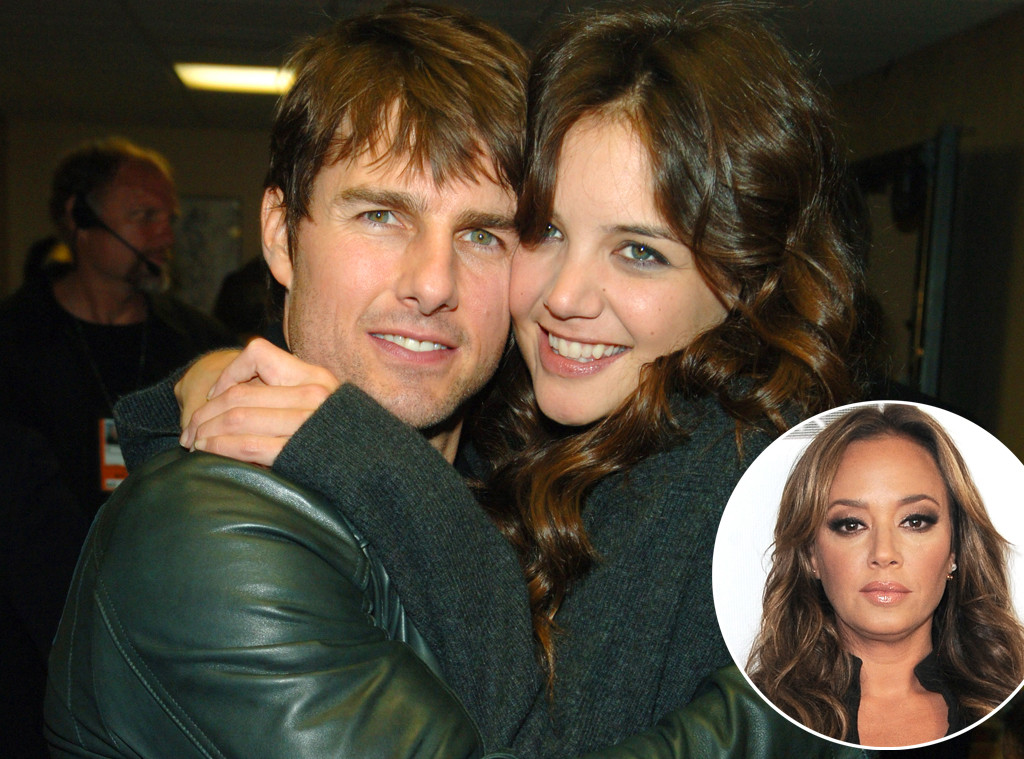 Remini had told ABC News' 20/20 she was reprimanded by the church for telling Cruise and Holmes to "get a frickin' room" after they engaged in some PDA, in which she says the actor was "forcibly kissing" his then-girlfriend. Submitting "Knowledge Reports" about fellow Scientologists is common, according to Remini, who said she would write some about her own husband.

4. She harbors no hard feelings towards Katie Holmes

Remini told E! News' Melanie Bromley that the Dawson's Creek alum had "some balls" to leave Cruise and Scientology and that "all is forgiven" between her and the actress following past turmoil.

Remini had told ABC News' Good Morning America that when Cruise and Holmes were married, she and the actress were "fighting." Holmes had said in a statement, "I regret having upset Leah in the past and I wish her only the best in the future."

5. There was some Cruise-Holmes wedding drama

Remini attended the couple's $2 million Scientologist wedding in Italy. She told 20/20 she was asked to bring BFF Jennifer Lopez and then-husband Marc Anthony. There, she says, she was made to be separated from her pal, which annoyed her.

"They were always trying to extract me," she said. "I could only assume because they wanted to make Jennifer a Scientologist and maybe I was barring that road for them."

Remini said she submitted a "Knowledge Report" to the church, complaining about church members at the wedding, while officials filed reports about her alleged rude behavior.

6. She felt she was "superior" to Tom Cruise in terms of their dedication to Scientology

"Tom Cruise, as a celebrity, is a much bigger celebrity. Like I never compare myself to Tom Cruise. He's a super star," Remini said on The Howard Stern Show. "But as Scientologists, I felt we were on the same level, if not, I felt a little more superior in certain areas."

7. She has no regrets about becoming a Scientologist

On Watch What Happens Live, a caller asked the actress, who appeared on Andy Cohen's Bravo talk show with music couple Gloria Estefan and Emilio Estefan, if she regretted joining the Church of Scientology.

"Regrets? No," she said. "I mean, I'm here now and I wouldn't be here at this moment, between these two wonderful people talking to you if not, you know, all of those things happened so I'm happy, I'm happy that I'm here with experience."

(E! and Bravo are part of the NBCUniversal family.)

PHOTOS: Celebs who have spoken out about their religion