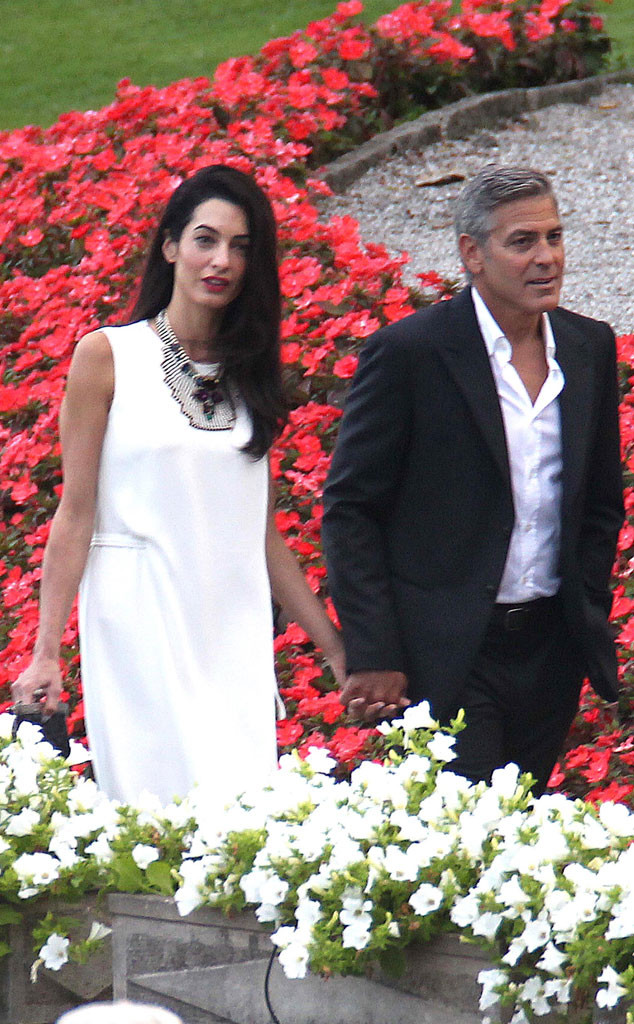 George Clooney married Amal Alamuddin in a private symbolic ceremony in Venice, Italy, on Saturday evening in front of family members and friends, his rep confirmed to E! News.

The Oscar winner and his lawyer bride are expected to continue the celebration throughout the weekend and then file the paperwork that will make their union official on Monday.

Crowds of fans gathered outside the area and screamed with excitement as many of their some 100 guests, which included celebrity friends such as Matt Damon and Bill Murray, traveled to the wedding via taxi boats. Clooney and his bride had arrived in Venice on Friday and the two lovebirds then headed out for respective evenings of pre-partying. Amal enjoyed ladies night with her mom Baria, sister Tala and other female pals, while Clooney had dinner and drinks with a group of gents.

Amal was spotted upon arrival in Italy from London on Thursday, flying into town with her mother, who has also accompanied her daughter on a number of prenuptial errands—including a perhaps very telling and lengthy stop at Alexander McQueen earlier this month.

Clooney popped the big question in April after a whirlwind seven-month courtship, presenting Amal with a 7-carat emerald-cut diamond ring set in platinum, which was estimated to have cost $750,000.

At the time, the Gravity star's father, Nick Clooney, gushed to E! News about his future daughter-in-law by saying he was "very pleased" about the engagement, adding "We like Amal and we are very excited for our family and thrilled for them."

"The barristers and staff of Doughty Street Chambers offer their best wishes and congratulations to Ms. Amal Alamuddin, a member of Chambers, and Mr. George Clooney on their engagement to be married," it read.

Meanwhile, Robin Jackson, chief executive of Alamuddin's law firm, told Reuters, "She brings a bright light to everything she is involved in, and I am so delighted at her happy news."

Several others have sent well wishes, and expressed their excitement that Clooney had finally met The One.

PHOTOS: Other stars who've tied the knot in Italy 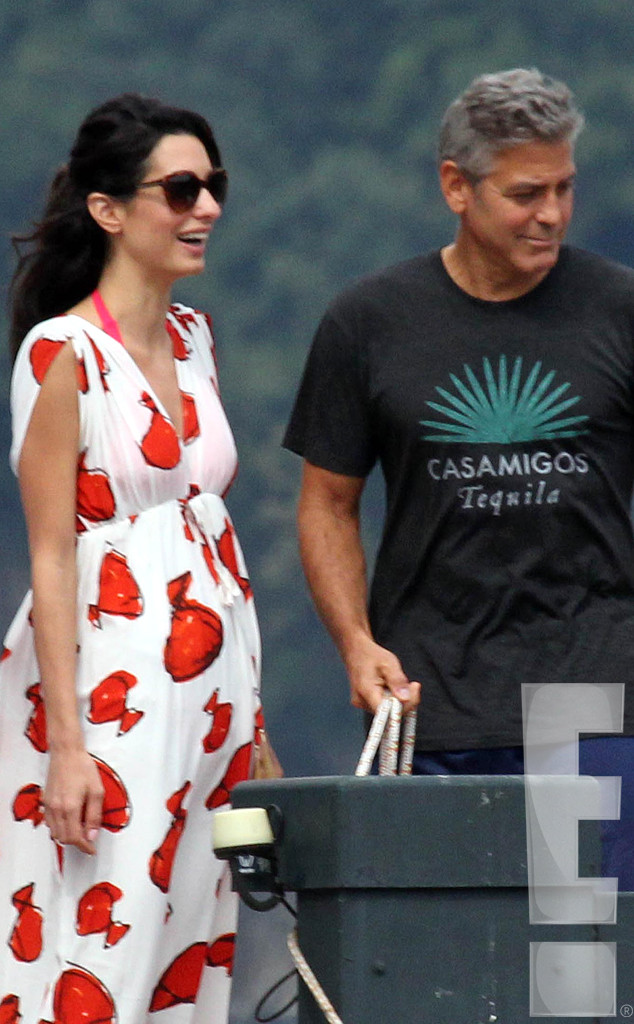 One of his closest pals, Matt Damon, recently opened up in Closer magazine about the couple, saying, "I'm just thrilled that he met Amal and that they're as happy as they are."

Julia Roberts, who will not be present for the big wedding weekend, also gave her stamp of approval to Clooney's match during an interview with Ellen DeGeneres this summer, telling the Ellen host, Amal "is beautiful and smart, and he is happy and that's what matters to me."

George and Amal were first romantically linked in October of 2013 after they were seen looking cozy at a dinner party. Months later, they were spotted in the Seychelles before embarking on a safari in Tanzania.

Shortly after traipsing around the globe, the good looking duo headed to the States, where they were spotted enjoying several date nights in New York and Los Angeles.

This is the second marriage for Clooney, who was married to Mad Men's Talia Balsam from 1989 to 1993.

"I met my lovely bride-to-be here in Italy, who I will be marrying in a couple of weeks in Venice, of all places," the Clooney told a room full of people earlier this month while accepting the Andrea Bocelli Humanitarian Award. "Amal, I love you to death and I cannot wait to become your husband."