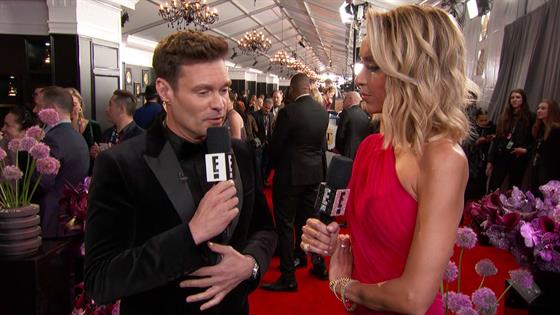 Kobe Bryant may've been a basketball superstar, but his life was honored by E! Live from the Red Carpet hosts Ryan Seacrest and Giuliana Rancic at the 2020 Grammys. Specifically, both TV personalities expressed their condolences at the start of E!'s red carpet coverage.

"We are starting the show on a very somber note," Seacrest expressed to E! viewers. "We want to take a moment to say we are deeply saddened by the passing of Kobe Bryant, his daughter Gianna and the others aboard the helicopter which tragically crashed today."

As E! readers surely know, this morning, the NBA legend was killed in a helicopter crash in Calabasas, CA. He was only 41-years-old.

In a tragic turn of events, Bryant's 13-year-old daughter Gianna was with her dad on the aircraft and also passed away.

As per usual, the Grammy awards are taking place at the Staples Center, an arena Bryant likely considered a second home. 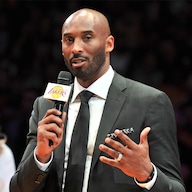 "His loss will be felt even more deeply tonight at a place he considered home, this, the Staples Center," the American Idol host added in regards to the late Lakers star.

Of course, Seacrest wasn't the only E! personality to mourn the late Bryants as Rancic also weighed in on the tragic deaths. In fact, Rancic made sure to express her condolences to Kobe's wife and Gianna's mother, Vanessa Bryant.

"My heart is so heavy today, like so many people watching this in the United States but all around the world. And as a mother, as a wife, as a human, my heart goes out to Vanessa, and their family tonight, first and foremost," the famed entertainment journalist relayed. 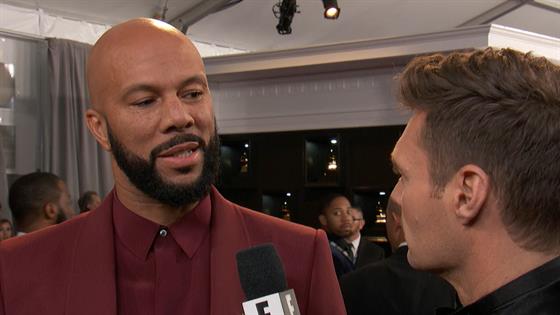 Like many, Seacrest and Rancic are shocked by the untimely death. Seacrest, who said he recently spoke to Bryant, dubbed this an "unthinkable" tragedy.

"It's unthinkable, this is a man in a family that we've gotten to know over the years, we've seen him play here before, he was on the phone with me a few months ago talking about the love of being a father, talking about his daughters," Seacrest shared. "So pridefully, and I think that so many artists here tonight will be thinking about this, and wanting to share their stories."

The radio and TV personality wasn't wrong there as many stars have remembered Bryant and his daughter on the red carpet. Case in point: Billy Ray Cyrus dedicated his two Grammy wins for "Old Town Road" to Kobe and Gianna.

"You know he was a music lover and very close to many in the industry coming down this carpet tonight who will definitely share their thoughts," Seacrest concluded.

For Seacrest and Rancic's words on the fatal helicopter crash, be sure to watch the clip above.