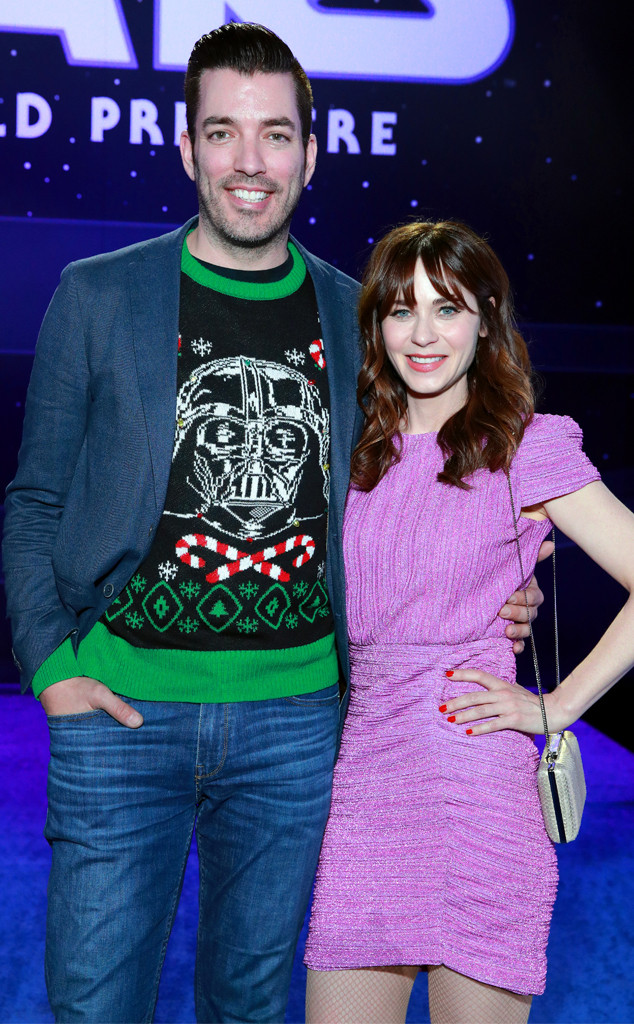 Even in a galaxy far, far away, the force between Zooey Deschanel and Jonathan Scott is stronger than ever.

At Monday night's Star Wars: The Rise of the Skywalker premiere in L.A., the duo proved their love is out of this world. While the New Girl alum chose a $398, metallic pink mini dress by Shoshanna, her love of three months celebrated the big night in a festive Darth Vader Christmas sweater. To make the evening that much better, the duo walked the blue carpet alongside his twin brother Drew Scott and wife Linda Phan.

"It's the first time I've ever been cat-woman escorted to a fancy dress party wedding by Batman," she joked on Instagram. "Only for the nuptials of @mrjdscott and @annaleebelle could I be so inspired! Congrats to these gorgeous and gracious love birds, I was overjoyed to celebrate such a happy union!" 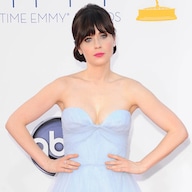 Since confirming their relationship in September—just weeks after she announced her split from husband Jacob Pechenik—the Property Brothers star and actress have become inseparable.

In fact, most recently, she surprised audiences when she brought out her love for a performance of "Little Saint Nick" during the Philadelphia stop on her She & Him tour.

"They like each other a lot," a source close to Zooey previously told E! News. "She seems excited about him and that it's new and fun. They have a lot in common and it has surprised her that they have so many things to talk about."

And this is only the beginning of what will surely be a fairytale romance. Now, keep scrolling to relive Zooey and Jonathan's cutest moments together. 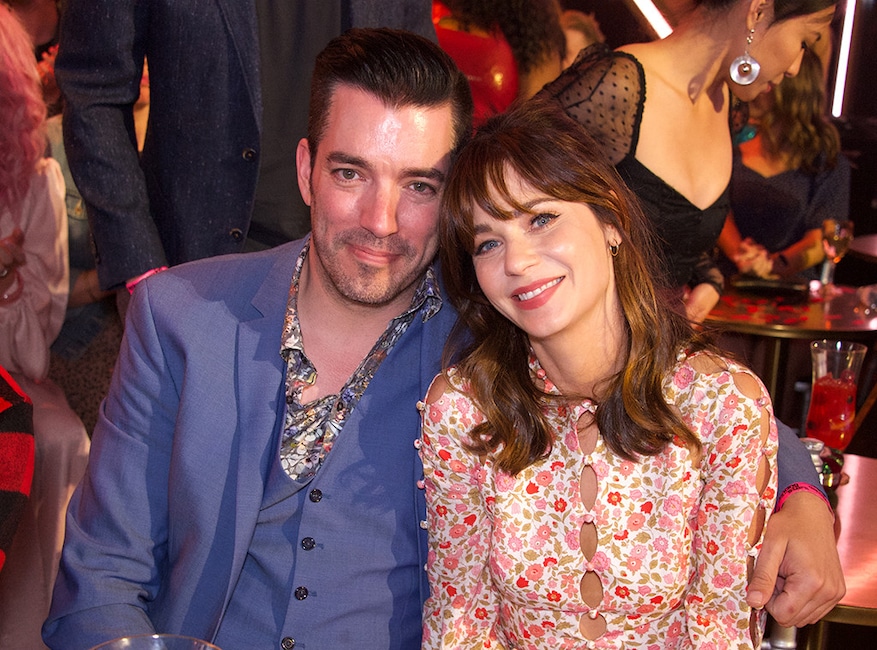 The ballroom had never been steamier! Sitting front row during a September taping of Dancing With the Stars, Zooey Deschanel and Jonathan Scott sealed their new love with a kiss. 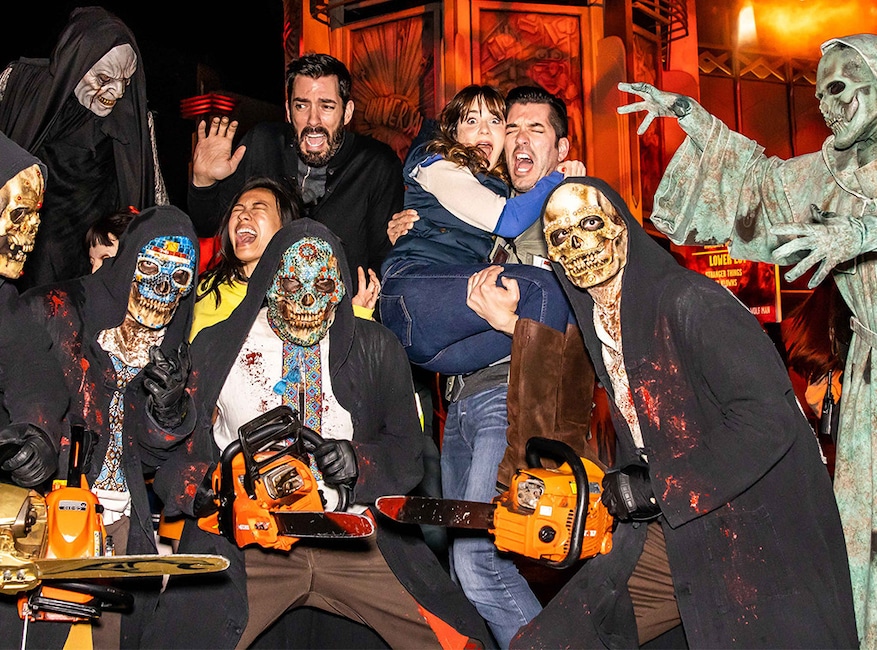 In late October, they took a major step in their romance and became Instagram official. Following their date at Universal's Halloween Horror Nights, Zooey and Jonathan took to social media to share glimpses into their frightening evening. As the New Girl alum wrote, "Still processing how scared I was of these people dressed in spooky masks." 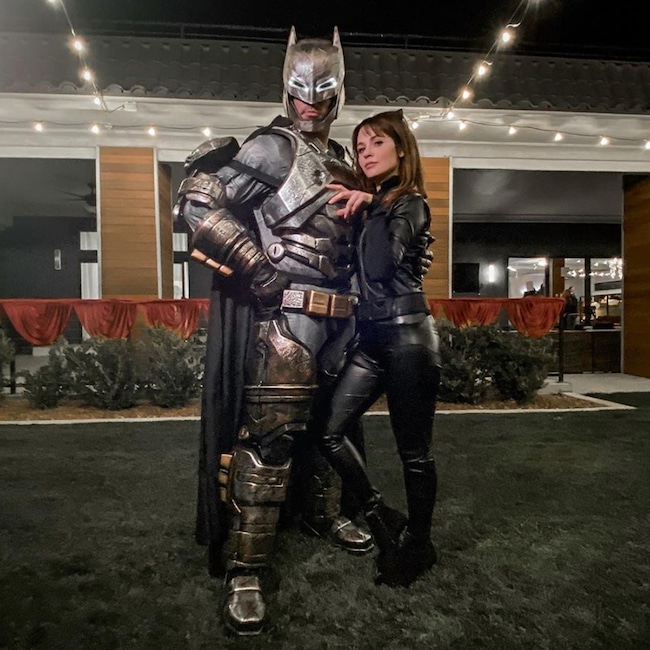 The actress made the purrrfect plus one to his brother's Halloween wedding. 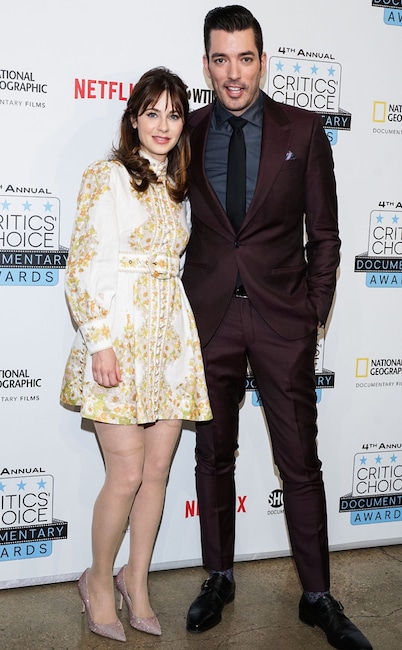 After two months together, the couple made their red carpet debut at the Critics' Choice Documentary Awards in November. 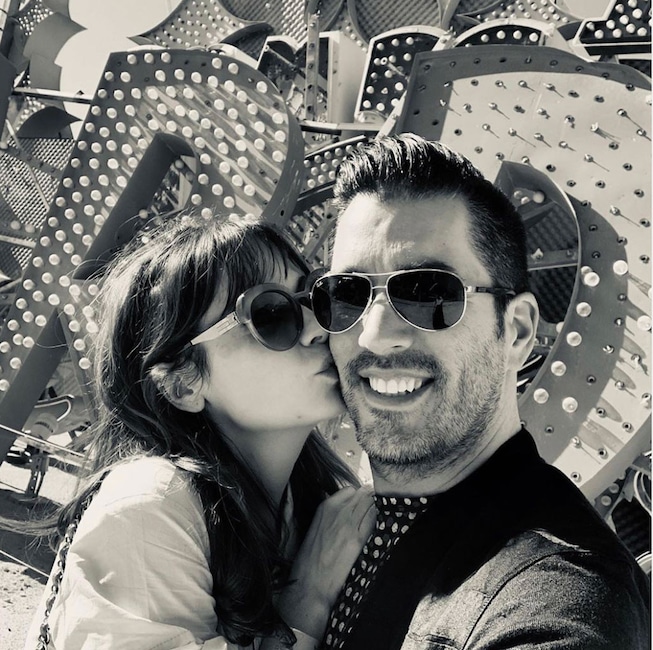 E!'s Jason Kennedy officially presented the duo with their celebrity couple name: Jonaooey. And the HGTV star approved, raving, "I like it." 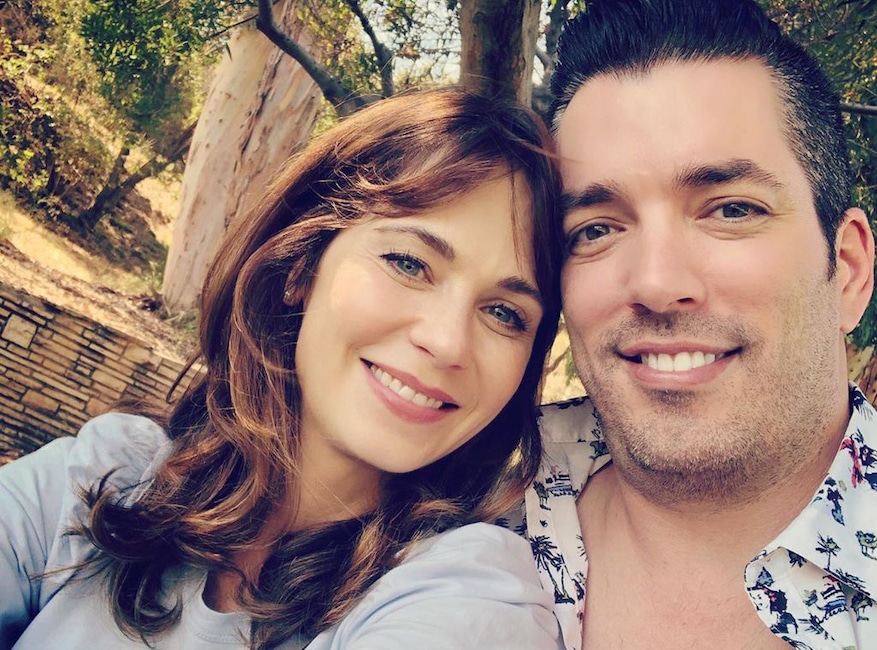 During Thanksgiving, the Property Brothers star professed his love to Zooey, publicly dropping the "L" word in his Instagram caption. "I am beyond thankful to be surrounded by such incredibly fun loving people & puppies," he wrote to his one million followers. "You bring joy to my life. I love you." 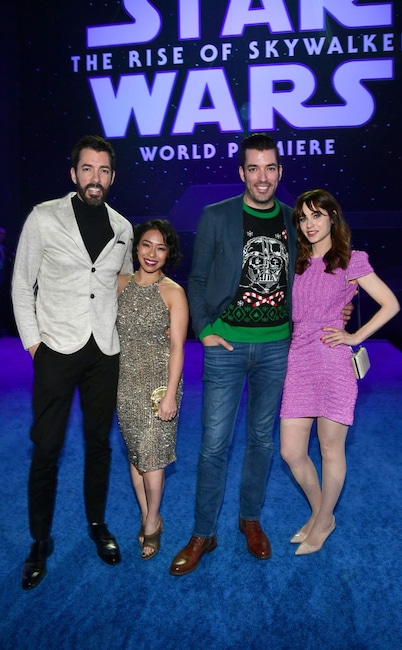 The force was strong during their Star Wars double date with Drew Scott and wife Linda Phan.