Justin Bieber Paparazzo Death: Chris Guerra Remembered as "Sweet" Guy Who Got Along With Celebs 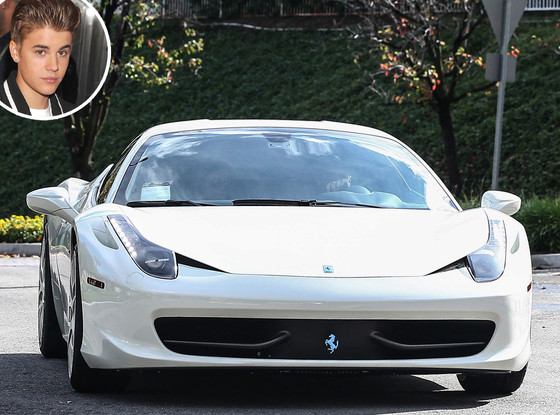 Count Jan. 1, 2013, as another black mark against the paparazzi practice of going to extreme lengths to obtain so-called celebrity money shots.

Freelancer Chris Guerra, 29, was killed last night when he was hit by a car while angling for a shot of who he presumably thought was going to be Justin Bieber behind the wheel of the pop star's white Ferrari, which had been pulled over for a routine traffic stop. Bieber was not in the car.

A fellow paparazzo who knew the deceased tells E! News that Guerra was taking pictures for GSI Media, but he was not on the agency's staff.

Breaking down Justin Bieber's run-ins with the paparazzi

Guerra "was a sweet, cool guy," the source said. "You would never get into any scuffle or argument with him...He never wanted to piss off anybody, was nice to all the celebrities and paps. He never had a problem with any guys. He was not your ordinary mosquito. He wasn't a crazy pap. He would just get too excited."

The shutterbug told us that this tends to be a particularly slow time of year for their business, and he speculated that the slim pickings could have prompted Guerra, who had only been working as a pap for about a year, to act recklessly.

"He would jump out and be careless" sometimes, the insider told us. "He would get too excited and run after someone without thinking. A good pap will shoot without the cops even knowing you are shooting."

Why won't this accident change the way paparazzi do business?

Guerra had pulled over on Sepulveda Boulevard near the Getty Center Drive exit of the 405 Freeway to photograph the traffic stop, according to the LAPD. He was crossing Sepulveda heading eastward, away from the traffic stop, when he was hit by 2007 Toyota Highlander that was traveling south at about 5:50 p.m.

"While the highway patrolman was conducting his investigation of the speeding violation of the Ferrari, he noticed a [white male] cross four lanes of traffic and was taking pictures of the traffic stop," LAPD Sgt. Rudy Lopez told reporters at the scene last night.

"He told him to get back to his vehicle, the individual refused to, he had to order him twice," the officer continued. "Eventually the individual with the camera did turn around, walked back in the direction of the vehicle, [and] in the roadway he was struck by an uninvolved vehicle."

Selma Blair is the latest to lash out at the paps

Guerra was taken by ambulance to nearby Ronald Reagan UCLA Medical Center, where he was pronounced dead at 6:20 p.m.

The 69-year-old woman behind the wheel has been cooperating with authorities, police told the Los Angeles Times, and it's unlikely that she'll face charges in connection with the accident.

"My thoughts and prayers are with the family of the victim," Bieber said in a statement today. "Hopefully this tragedy will finally inspire meaningful legislation and whatever other necessary steps to protect the lives and safety of celebrities, police officers, innocent public bystanders and the photographers themselves."

What else is happening in the celebrity bubble today? Take a look...