Justin Bieber Paparazzo Death: Why Nothing Will Change, No Matter What Miley Cyrus Wants 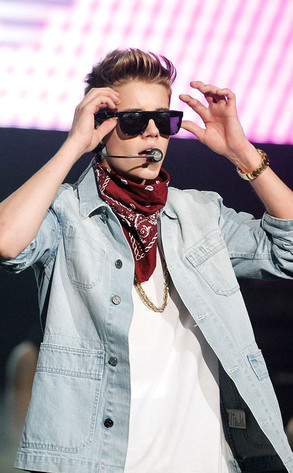 A paparazzo was just killed chasing someone he thought was Justin Bieber. First Princess Diana, now this. Are we finally going to get new laws to rein in these vultures?
—F.J., via Twitter

Celebrities like Miley Cyrus would sure love that. After all, the snapper's corpse isn't even cold yet, and the singer is already making the incident all about, you know, her and her famous friends. In a Twitter blast this morning, she's calling for unspecified "changes," to presumably regulate paparazzi activity.

Bieber, meanwhile, also has issued a statement in reaction to the accident—naming celebrities as the first people who should be protected with new laws. (Stay classy, you two.)

But will they get their way?

Got a question about Justin Bieber? Ask us on Twitter

First of all, know this: Princess Diana was not killed by paparazzi, as entertainingly dramatic as that trope might be. Diana was killed because her drunken chauffeur was drunkenly driving while drunk, and he thought he'd lead some slavering paps on a high-speed chase through a tunnel.

Now, about this new death: The answer to your question is, mostly likely, no. You may hate paparazzi. Celebrities may wish that those human mosquitoes would stop driving like maniacs, running around in traffic and taking inconvenient photos. But don't expect a flurry of new legislation at the state or national level.

"I don't want to sound harsh," says criminal defense and constitutional rights attorney Ian Wallach of Feldman & Wallach, "but if the aftermath of Diana's death didn't change anything, I doubt that the death of a paparazzo who thought he was chasing Justin Bieber is going to change anything."

Why? For one, because such laws probably won't stick. Taking pictures of people in public places and then distributing those images is legal--protected, in fact, under the First Amendment. Any attempt to curtail that—say, by requiring photographers to keep a certain distance from rich and famous people--would very likely bump up against the Constitution in court.

Also, remember: There are already laws against the kind of behavior that makes paparazzi infamous. We have laws against reckless driving, false imprisonment, harassment, stalking, trespassing, invasion of privacy. Cyrus may complain on Twitter that paparazzi are "dangerous," but the new "changes" she wants may very well be covered under existing law. (According to an LAPD spokesman, the paparazzo who was killed Tuesday was "on a roadway outside a crosswalk" and had been "warned by the CHP to get out of there." So he might have been ticketed for jaywalking, had he survived.)

"If people want to make laws that limit what the paparazzi can say or do, they're going to have to make a federal constitutional amendment," Wallach points out. "And those have been successful roughly once every 20 years since the Bill of Rights was created."

Celebrities and paparazzi: A love-hate relationship?