Demi Lovato Reveals All: 6 Confessions on Her Overdose, Child Stardom and Her Sexuality

Demi Lovatois discussing her recovery, new music and plans for the future in a revealing new interview with Zane Lowe.

Now that she's starting a new chapter in her life, the singer is addressing all of the events that led her to where she is now. From the near fatal overdose, to the months of recovery, the 27-year-old is candidly revealing the lessons she learned in the past year and a half.

Chief among these life lessons is Demi's desire to focus on herself and her health, above everything else. "I feel like you can use things to cope in life and music has been a huge coping mechanism for me," she explains in the interview for New Music Daily on Apple Beats One. "It's been very therapeutic for me, but there's only so much that music can do before you have to take responsibility and you have to take the initiative to get the help that you need."

And, of course, she talks about her upcoming music release and the exciting opportunities to perform at both the Grammys and the Super Bowl.

To read her own words, check out the transcript below.

On What it Means to Her to Perform Her New Song "Anyone" at the Grammys:

"I feel like I've been waiting for this moment for so long... It's only telling a fraction of my story, but it's still a little bit, and it's enough to kind of show the world where I've been."

"I recorded the vocals for it four days before [the overdose]. The lyrics took on a totally different meaning [after]. At the time when I was recording it, I almost listened back and hear these lyrics as a cry for help. You kind of listen back to it and you kind of think, how did nobody listen to this song and think, 'Let's help this girl'?"

"I even think that I was recording it in a state of mind where I felt like I was okay, but clearly I wasn't. I even listened back to it and I'm like, 'Gosh, I wish I could go back in time and help that version of myself.' I feel like I was in denial." 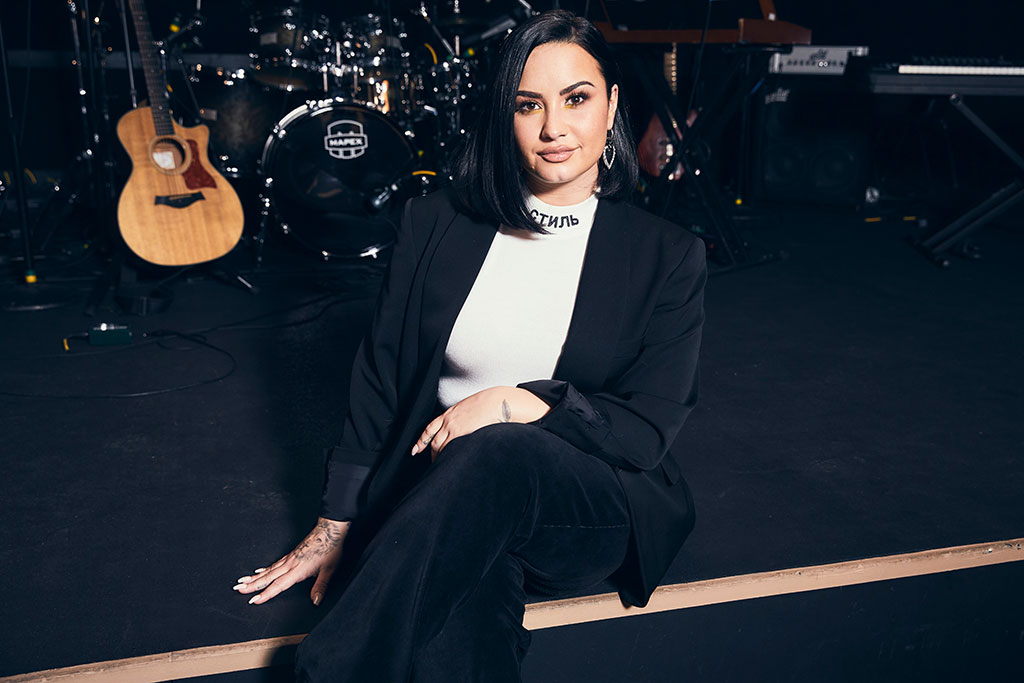 "It was about a week after I had been in the hospital and I was finally like awake, and I just remember hearing back the songs I had just recorded and thinking, 'If there's ever a moment where I get to come back from this, I want to sing this song.' You know, a part of me was like looking towards the future because that's what I do. When I'm struggling or when I'm going through a rough time, I look towards the future for hope and to change my perspective on things. Especially when I go through something difficult, I always stop and I think, 'Okay, why is God putting me through this?'" 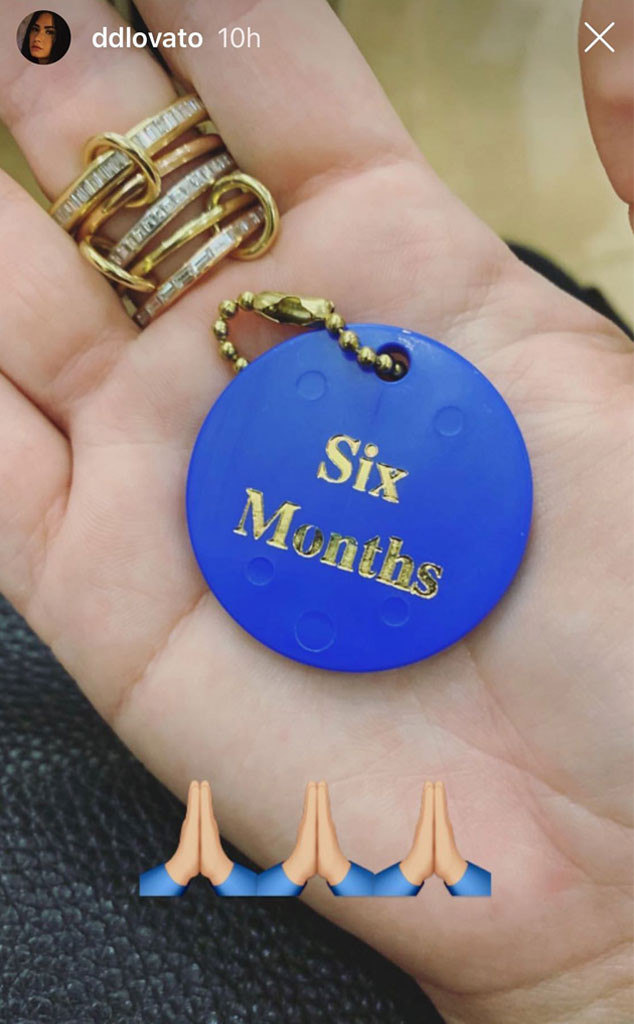 "I'm in the process of becoming more and more ready as time goes by. I think it's taken me a long time to be able to even get this far, which is performing a song that's so vulnerable to me on a stage in front of all my peers and coworkers, even people that I look up to. That's kind of nerve wracking to think about. But at the same time I'm grateful that I have this opportunity to sit here and talk to you and tell a little bit of my story. "

"With the next song that I have coming out I think I tell more of the story. With this one it just kind of tells you a little bit about where I was right before and right afterwards."

On Cutting Out Bad Influences and Finding a Supportive Circle of Friends:

"The help that I got was from people that I had met at new treatment centers or new doctors, new people like that that have been really helpful and beneficial to the journey and the life that I'm living today."

She adds she's still in the "process" of cutting out negative influences. "I think that as you meet people and as people come into your life, you still have to make a decision every time of like, is this somebody that I want around, you know? And if it's somebody that's a good influence on you and supportive of the life that you want to live, then keep them. But if they're not, if it's not conducive to your journey that you want to be on, there's no need for them to be in your life." 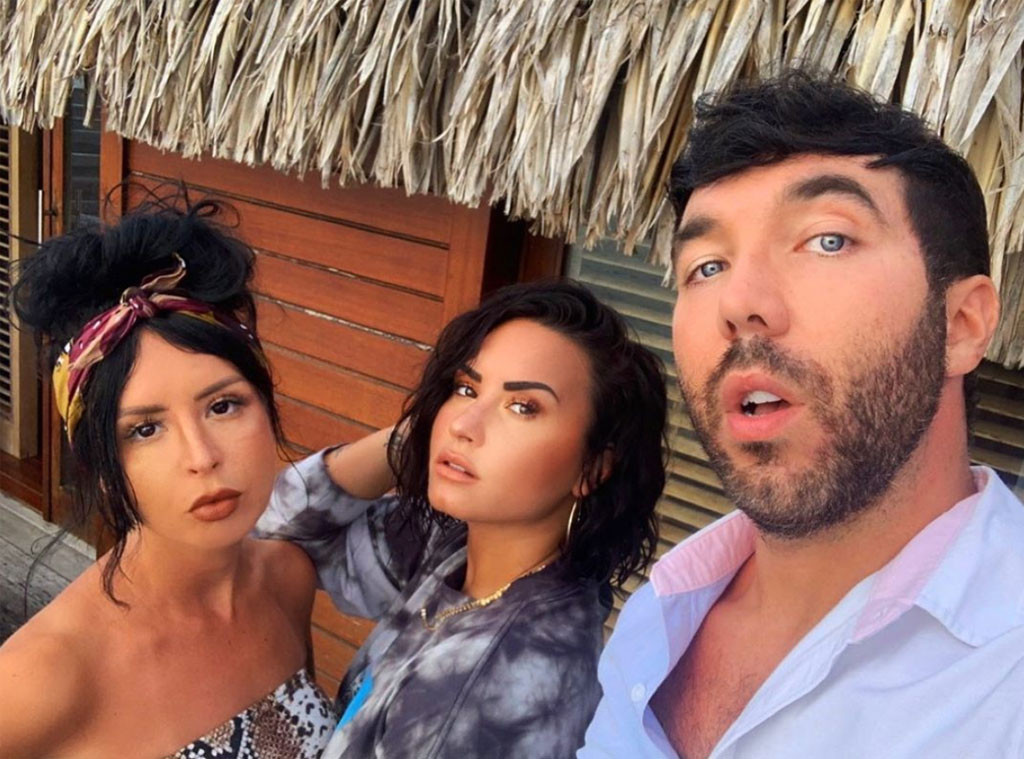 "I think it's just a part of growing up. As people come into your life, as you meet people, you learn for your entire life, red flags; things to look for. Unless you're like 100-years-old with a bunch of life experience, you're never going to know right away who's good for you and who's not. Sometimes you get fooled. Sometimes you get into relationships that you think are healthy and then you realize, 'Wow, that actually wasn't healthy at all.' It's not that you're not cautious of it—you're not aware. It's just you don't realize it till later until they do something or you do something and it's like, 'Oh, this isn't working out.' I kind of find that continues to happen and it's just a learning experience at each time." 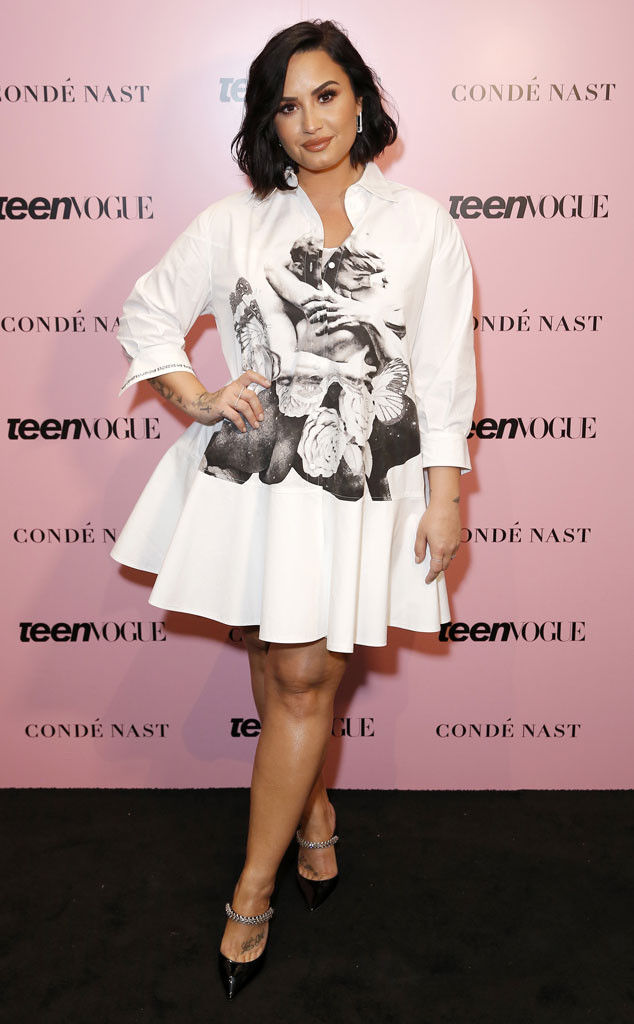 On the "Precautions" She's Taking to Prevent Another Relapse Amid Her Return to the Spotlight:

"Something that I've done already is take off the tags on Instagram. So I can't see what people tag me in—I'm pretty sure I've taken off the comments on everything, too.

"Something I've dealt with in the past is having these really incredible experiences like the Grammys or tour or concerts or things like that. I have to be aware of like, okay, I'm going to crash because my adrenaline is going to go all weekend, and then I'm going to have this performance. Whether it goes great or not, my adrenaline is going to come crashing down come Monday morning. So it's definitely something I've talked to my team about like, 'Hey, we should be cautious... 'I might crash on Monday. Let's take precautions. Maybe I do more meditating on Monday,' or whatever it is. 'Maybe I have more therapy or support.'

"Then, obviously the Super Bowl will happen too. And that'll be really exciting. But it's important to plan ahead so you're not come Monday after the Grammys, I'm not sitting there like twiddling my thumbs like, 'Okay, what am I doing with my life now? Where do I get this from? How can I beat that high?' Just be prepared. 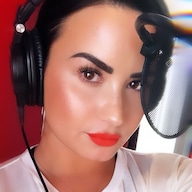 On What the Future Holds For Her, Including Plans For a Family:

"When I think of my future for the decade, I think at some point in this decade I want to start a family. That would be dope.

All of this is great and it's beautiful and I'm lucky and I'm blessed and I'm grateful. But I've learned, clearly, if all of this made you happy, I wouldn't have ended up where I did." 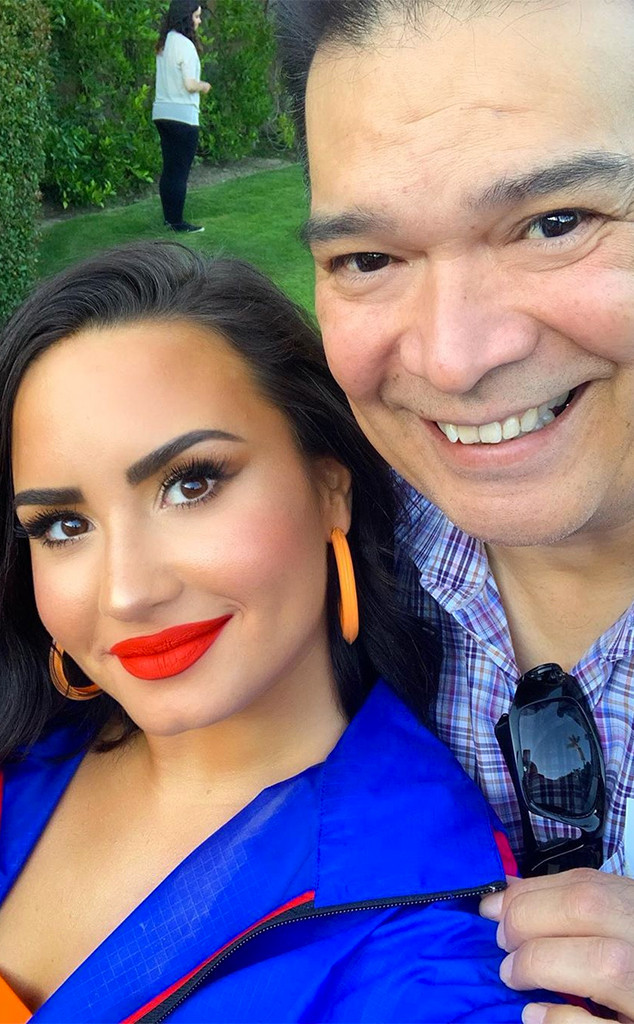 "You know, my whole career I always was like, 'Oh, I want a Grammy so bad,' or, 'I want this', or, 'I want that,' 'and a number one here, a number one there.' All of that stuff is great and if you can accomplish that, that's awesome. But I just know personally it doesn't fill that hole inside of me that only love and appreciation and gratitude can fill." 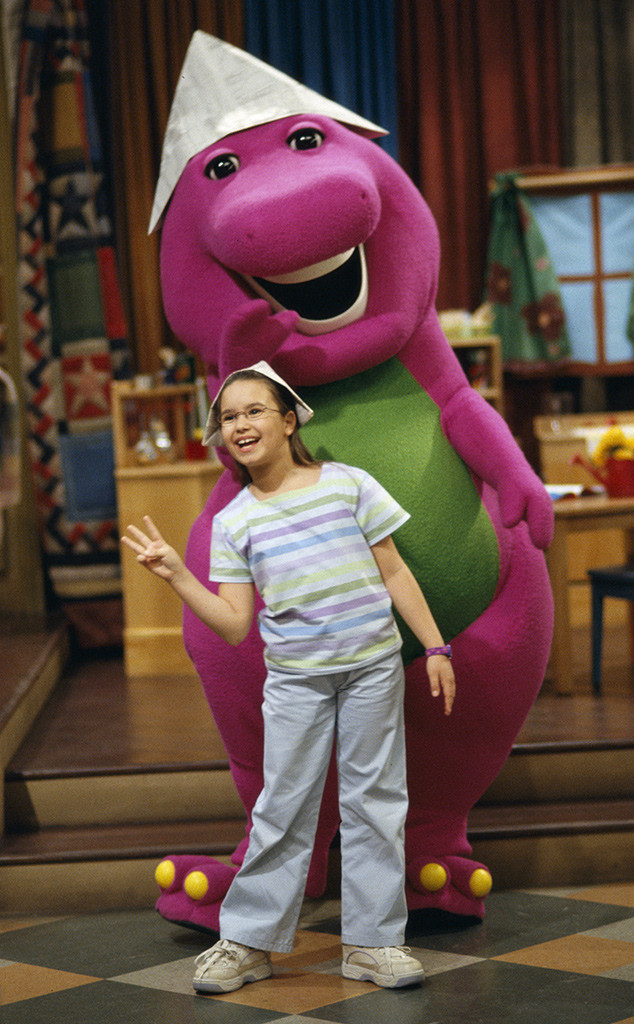 On Being a Child Star:

"I'll be at the beach and someone's taking a picture of me in my bathing suit without asking. It's kind of like, people are like, "Well, you asked for this life.' And it's like, 'Okay, first of all, I was seven or eight when I decided I wanted to do Barney and Friends.' No seven or eight year old can fully comprehend what life is going to come with being on television. No child can comprehend that. No adult can comprehend that. And then you add social media, which came about when I was about 15. Millions of people comment about your body, about the way you look, your skin, your talent, who you're dating, who you're friends with, who you're feuding with—and you're just like, 'Can I be a teenager?' Like... Nope. So yeah, I feel like I've definitely had a weird life, and yes, it was my choice, but I also wasn't expecting for it to be what it is today. I think even the idea of celebrity is completely different than the idea of celebrity 20, 30 years ago. Celebrities could be themselves and not—Paparazzi wasn't huge. Not since like the Britney Spears days where like they started hounding her. It wasn't a thing really until those days." 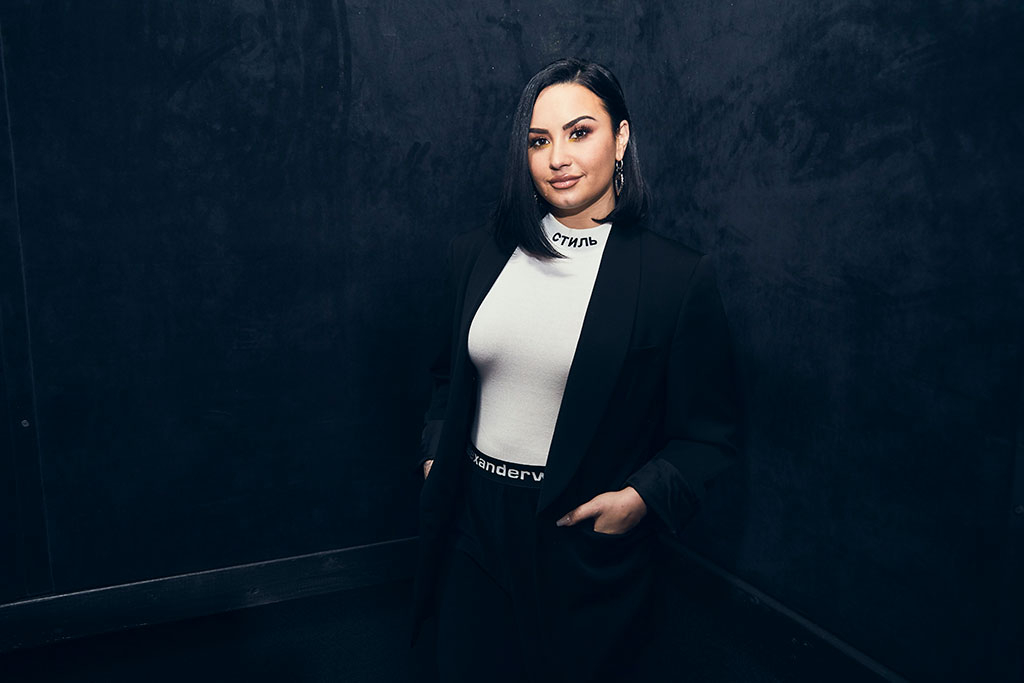 On Her Path to Spirituality:

"You know what's really funny, is I shied away from church for many years. I didn't feel welcome. I was also like questioning my sexuality and I just found a place out here in LA that like accepts me for who I am no matter who I love, and there's no judgment. That's what I needed, was a place of no judgment. I hadn't found that until about a month ago."

"Actually, my manager Scooter Braun was like, 'Hey, do you ... '—I was having a really rough night. And he was like, 'Hey, do you want to go to Bible study?' And I was like, 'Wait, aren't you Jewish?' But he was like, 'You know what? Let's go. If it's going to help you, let's go.' So he took me there, and I just heard God clearer than I had heard him in a long time. I was just like, 'Oh, you know what? This year is about, I need to focus on myself and my relationship with myself and my relationship with God.'"

"I try to seek God through other experiences, whether that's through other relationships or substances, you know? And it's like I had to realize the God I'm seeking, the God I love and the God I want to be my God is available 24/7, always at an arm's length, and constantly with me. And feeling that kind of, that shift. I don't know, I just feel safer and I feel renewed."

This interview has been edited and condensed for clarity.