Nicole Richie is one with the bearded dragons.

During her virtual visit to Late Night with Seth Meyers on Tuesday, the Simple Life alum's pet bearded dragon Speedy made a sweet cameo. Holding her reptile pal, which host Seth Meyers mistook for an iguana, Richie filled the Saturday Night Live alum in on the animals she and husband Joel Madden have at their house.

"I have seven chickens and then I have—he's not an iguana, he is a bearded dragon. His name is Speedy. I'll forgive you. He was very excited that I was going on your show because your show is his favorite and so, he wanted to make an appearance," she said. "He's pretty fast. Bearded dragons are really chill, actually. They're really great with kids. They just like to be held. They like to sit in the heat. They like it, like, 110 degrees. And they just, like, lay in the heat and chill. And I'm like, ‘Oh, that's what I like to do.'" 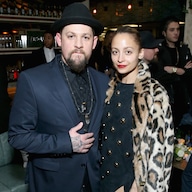 After reading that Richie had a bearded dragon, Chrissy Teigen took to Twitter to write, "DM'ing @nicolerichie for bearded dragon advice is not something I ever thought I would be doing!!"

Teigen also shared with her followers that she just got a bearded dragon for her son, Miles, for his upcoming birthday.

After Speedy made his late night debut, Richie shared that she has been keeping herself entertained by watching The Sopranos for the first time. Luckily for the #CandidlyNicole star, her rocker hubby is well-versed in the series.

"You know what? I needed someone to guide me a little bit and it's nice just to have somebody there next to me that could take me on the journey because it is a—you know, you have to put your phone down," she explained. "And it's a slow romance with this family. And now I'm just so deep in."

Hearing Meyers' changing outlook on the show's central themes, Richie added, "For me, I took it as, like, family, parenthood, marriage then the mob. The mob stuff, actually, a lot of it flies over my head and Joel has to explain it to me. My brain just doesn't work like that. I'm, like, very attached to the family story and his therapy story."

Since the couple has been binge-watching the acclaimed HBO series, Richie said she's run into an interesting dilemma. "One thing did freak me out a little bit—I've obviously watched the entire thing in a span of two months—I'm not ruining anything but to watch, like, the son have any sort of, like, sexual scene is very disturbing to me," she joked. "But, like, this has been a big chunk of time, so that's more of a personal problem." 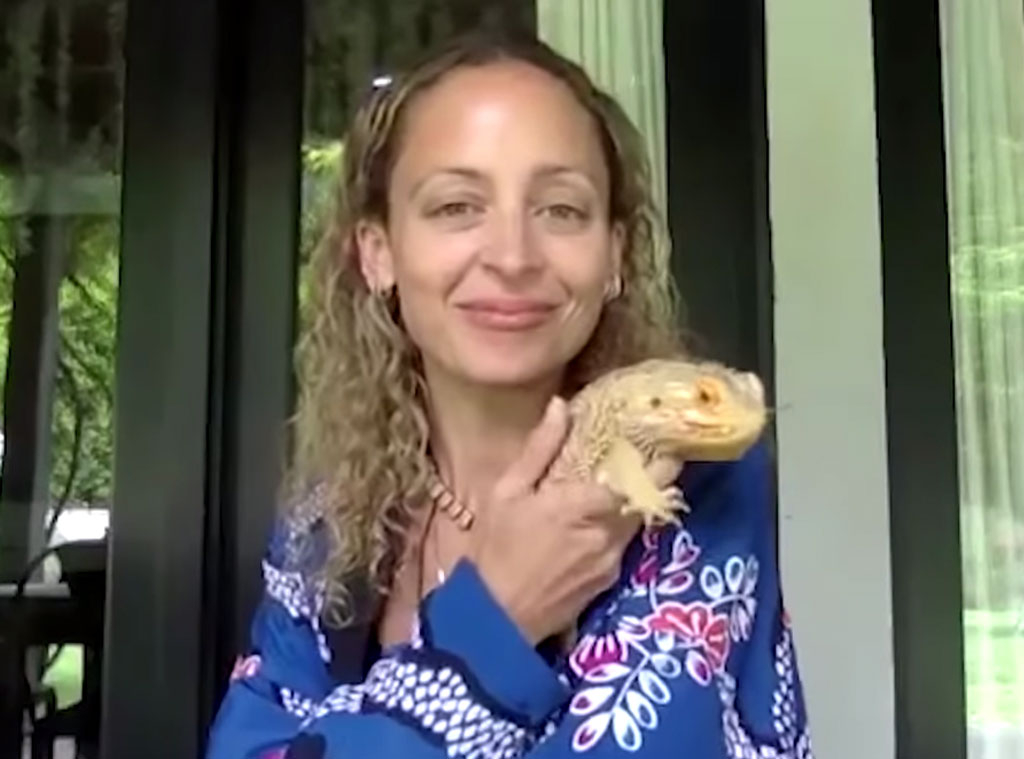 Switching gears, the duo discussed Richie's Quibi series Nikki Fre$h, where her rapper alter ego shines while educating audiences on making eco-friendly choices through her own "parent trap" style of music. After explaining how her love of gardening inspired the show, she shared that she hopes to remove the "grandma" stigma from her favorite hobby.

"I was like, ‘Why does gardening have this reputation?' Like, I actually think it's like—why are people associating it with something that's not cool? I think it's, like, the coolest," she said, adding that her "parent trap" raps make the subject matter more palatable for the masses.

"But then I was like, ‘I can't do trap music because I have too much respect for the genre,'" she recalled. "So, I created my own genre, which is ‘parent trap,' which is people like me who, you know, used to love the clubs—and still love the concept. It just doesn't really work within my hours. And, like, really like that type of music but are also really connected to nature and being at one with the universe."

Watch Richie introduce the world to Speedy and predict what her younger self would say about Nikki Fre$h in the videos above!