Happy Birthday, Justin Hartley! See All of the Actor's Cutest Dad Moments With His Daughter 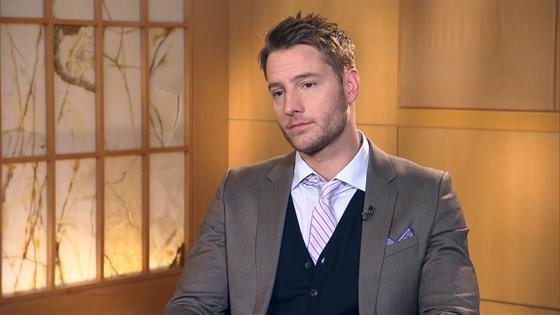 This is us...celebrating Justin Hartley's birthday!

The This Is Us star turns 43 today and we're here to celebrate the occasion by looking back at some of the Illinois native's cutest dad moments.

If you follow the former soap star on Instagram, you know that the actor loves to post pictures of him and his daughter, Isabella Hartley, and all of the adventures that the two take together.

He's even shared how his role in the NBC drama series has affected his relationship with his daughter.

In an exclusive interview with E! News in 2017, the performer explained his part, "Has slowed me down a little bit. I think about the show sometimes and I'm like, 'I'm going to have that conversation with my daughter.'"

"Oftentimes," he admitted, "The show will inspire me to do something that I wouldn't normally have done."

And while he is of course proud of his daughter, when it comes to being a part of the SAG Award winning ensemble, she's pretty proud of him, too! 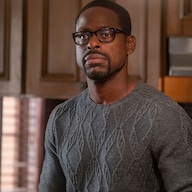 In the same interview, Hartley revealed that, "[Isabella] watches it, her friends watch it, their parents watch it, so I'm like the cool dad now. [When I] take her to school, I get to walk her in now. We can hang out in front of her friends. It's cool."

Take a look at some of the duo's cutest father-daughter moments below.

Also, if you're a sucker for family dramas like us, the show returned from its hiatus a few weeks ago, making it the perfect time to catch up as the fourth season continues. 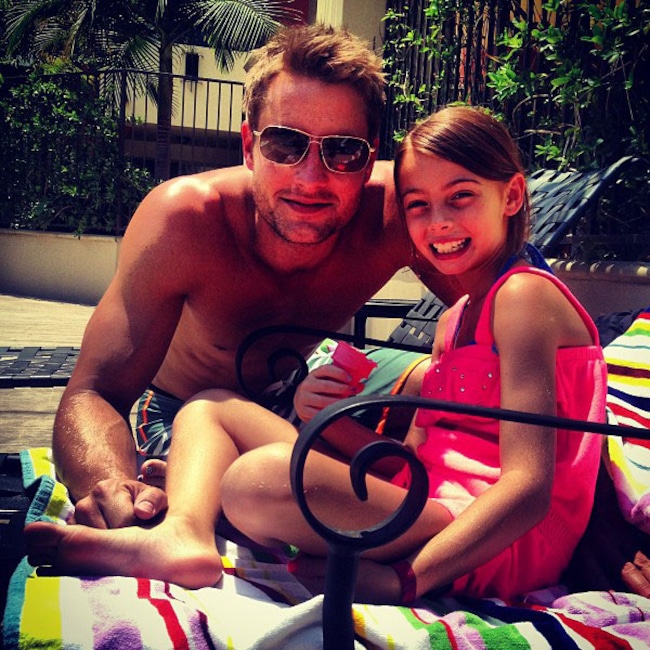 "It's a family thing," the This Is Us actor shared back in July 2013 of him and his daughter, Isabella. 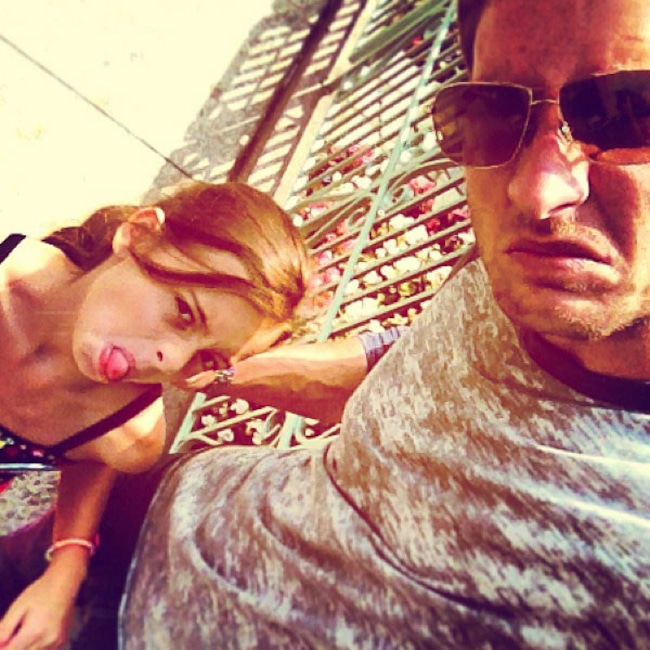 The actor shared this pic to celebrate his daughter's birthday and also revealed in his caption that the two had to jump out of a ride line at Disneyland after spying another rider with lice a few feet away.

"Truly is a small small world," he joked. 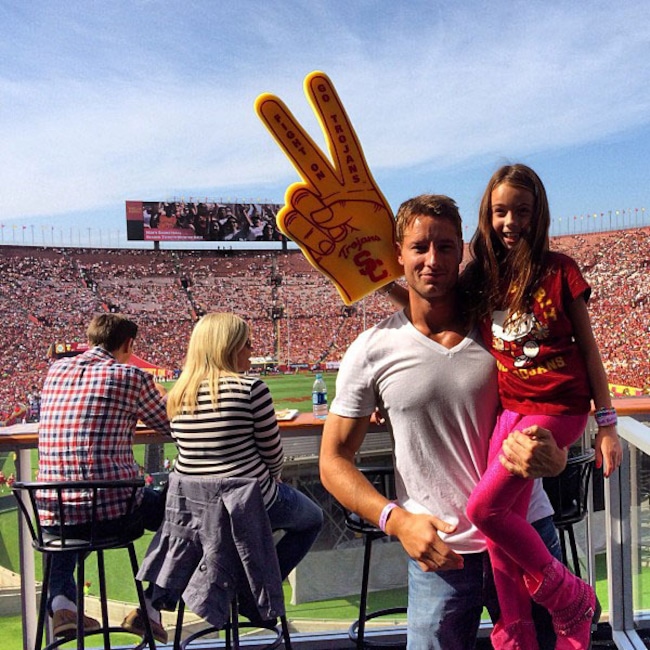 "Dadurday," the performer simply captioned this adorable pic of the two cheering on USC. 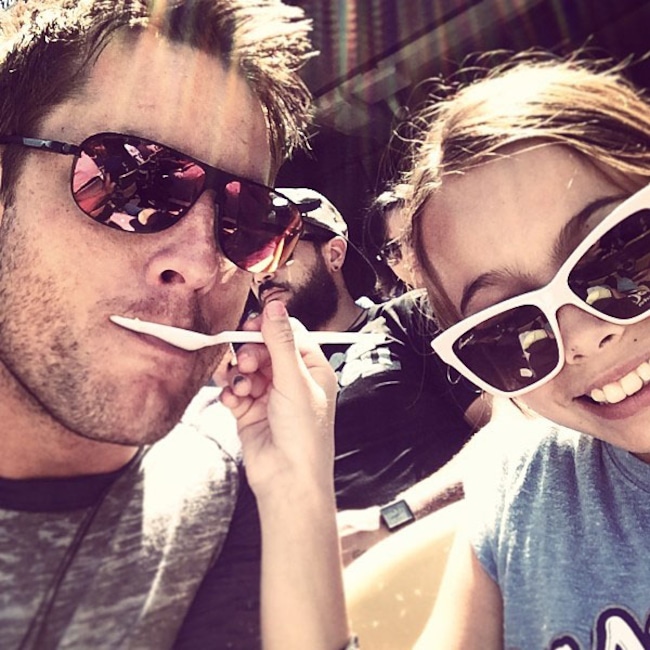 It's Time For Dodger Baseball!

The twosome sure do love to go to a sports game, as the Illinois native shared another pic of him and his daughter in 2014 at a sporting event, this time a Dodgers game. 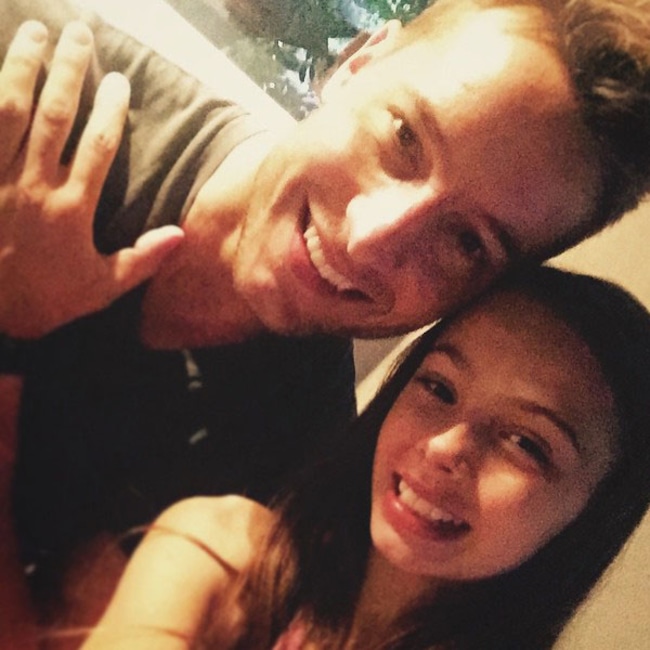 "So proud of this young lady," the actor gushed in this selfie with his little girl. 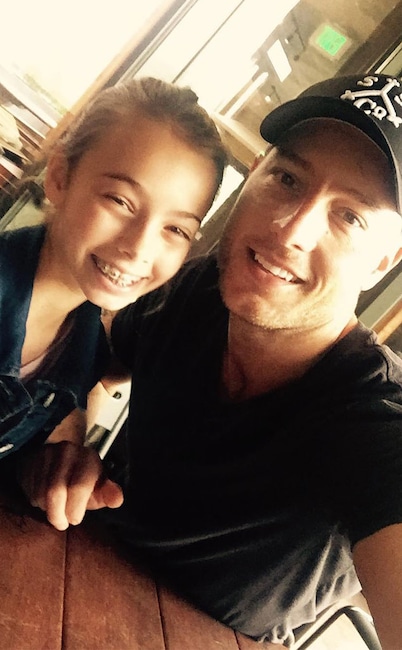 "My beauty," the Bad Moms 2 castmate shared about his only child. 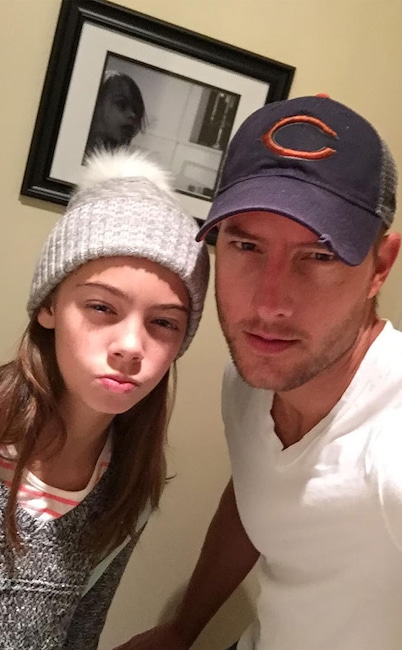 "Early morning conversations on our drive to school with this one. It's one of the things I live for," the SAG Awards winner divulged in this shot from Dec. 2016. 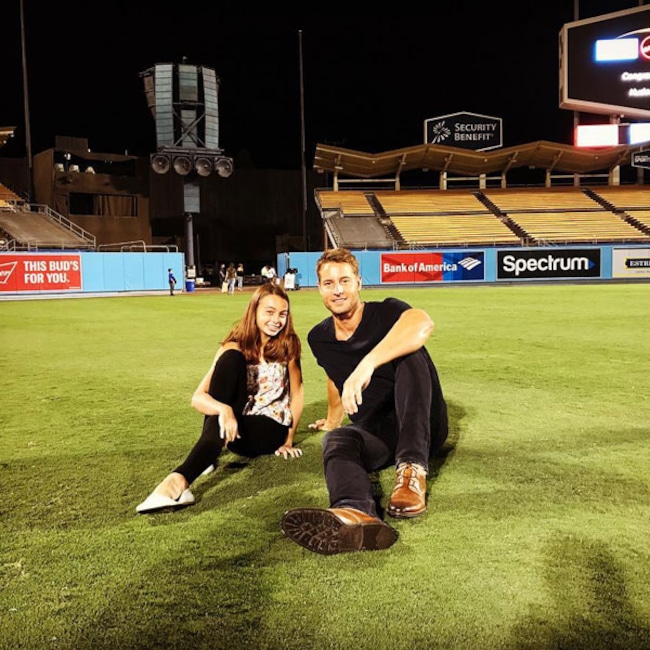 "Hangin' at the park with the little one," the former soap star shared in 2017. 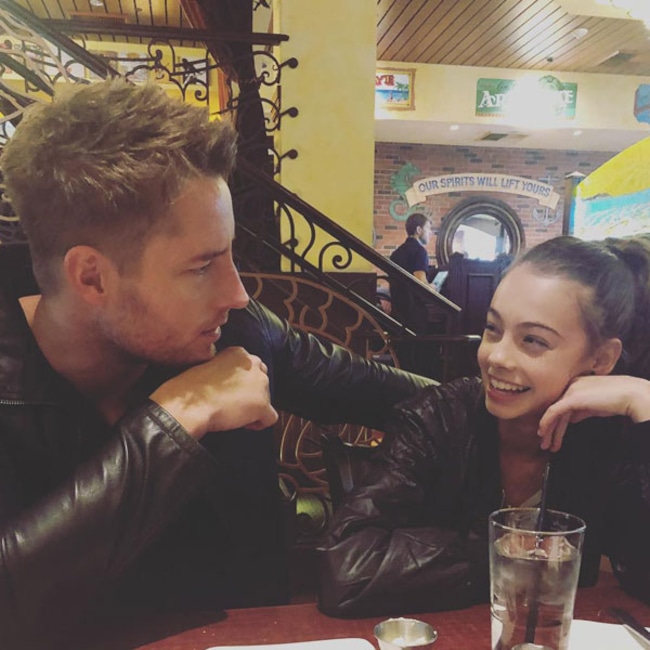 "I live for this smile," the proud father said simply in this Feb. 2018 candid. 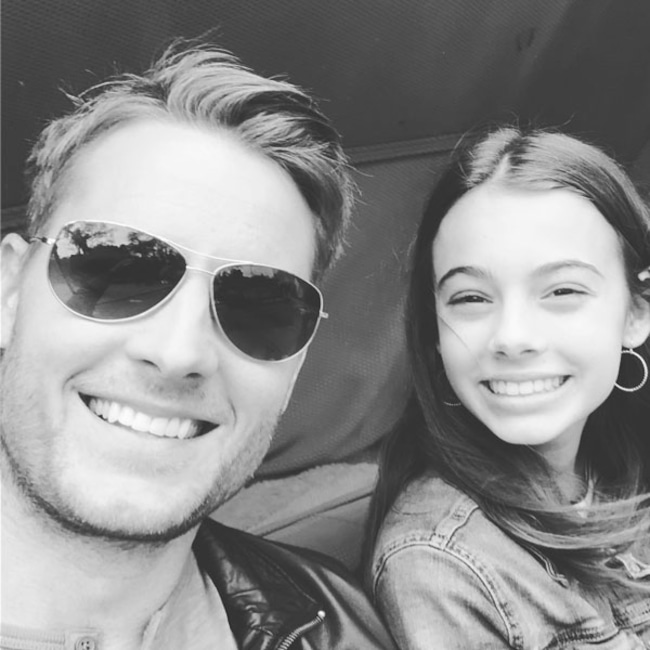 On that same New York City trip, the duo explores the dugouts at Yankee Stadium. 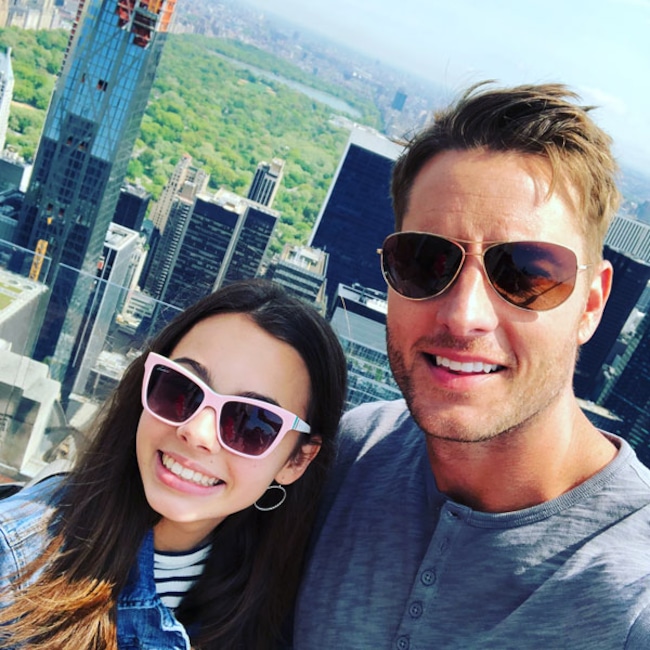 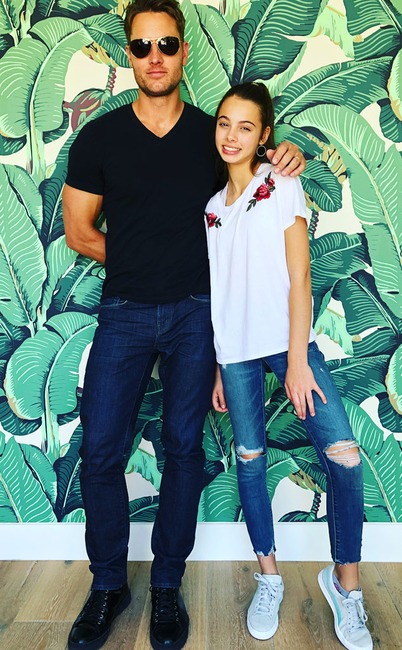 Too Cool for School

The father-daughter pair visited Today to see Kathie Lee and Hoda Kotb, checked out the Tiffany's cafe and took in all the sights of the city while in New York. 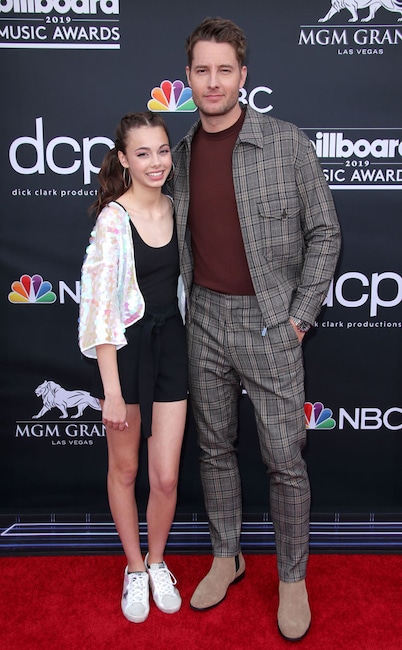 In May 2019, Isabella joined her father on the red carpet at the Billboard Music Awards. 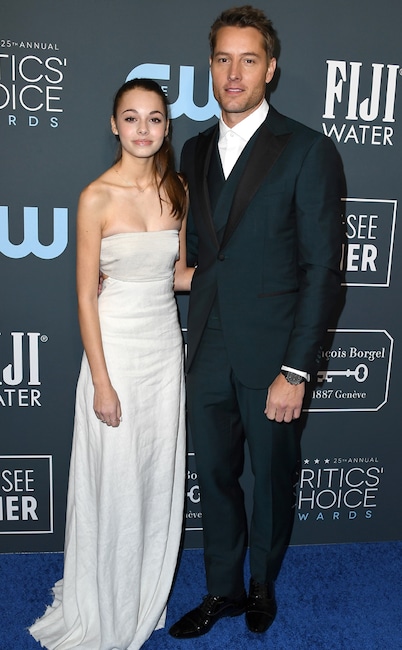 They Grow Up So Fast

The now 15-year-old looked absolutely precious at the 2020 Critics' Choice Awards earlier this month and we just can't believe how quickly she's grown.

(NBC and E! are both a part of the NBCUniversal family.)