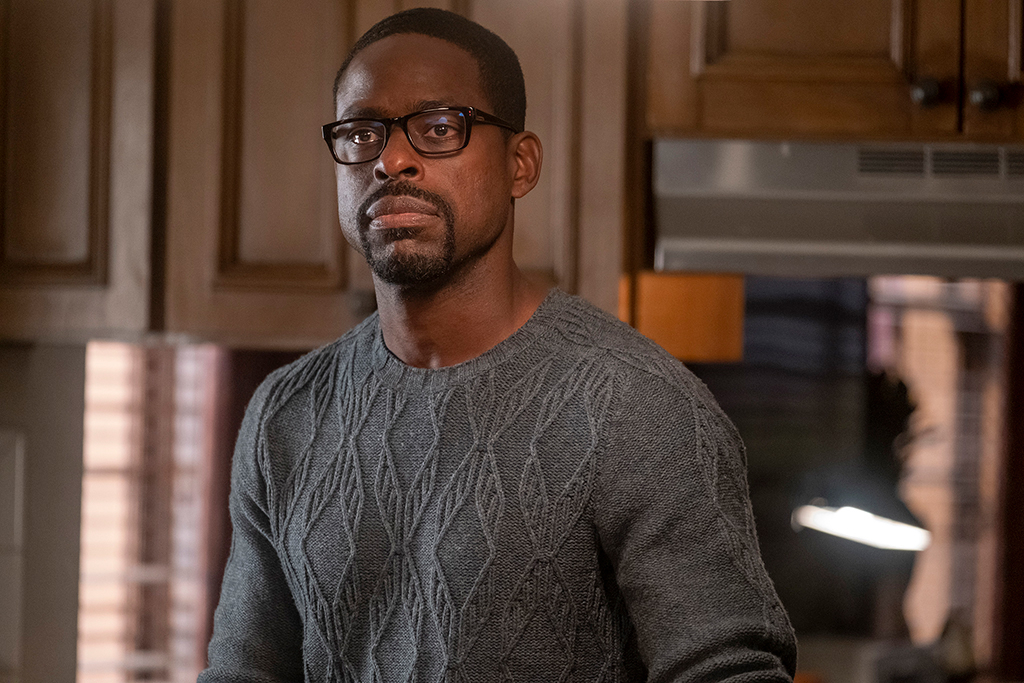 This Is Us has returned and it brought with it about a million things to talk about. We'll start with the end.

Dan Fogelman and Sterling K. Brown had teased that this episode would lead directly into the next, which is mostly focused on Randall, and that it would also include a moment that had Brown screaming when he read it. The moment ended up being literally a split second on screen, but we get it.

Randall returned home from his trip to LA to go to the doctor with Rebecca (more on that in a bit) late at night, and after going in to check on each of his daughters and his wife, he went downstairs for a glass of water. But when he got downstairs, he found a man standing there with something in his hand. Is it a gun? Unclear, because we only saw him for about a quarter of a second. Either way, terrifying. Randall's breath caught in his throat and then the episode was over, and we could feel our own hearts begin to beat just a little bit too fast.

Is it too late to say we don't want this? No thank you? We'll pass? 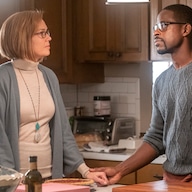 Randall had already had a pretty awful day. The doctor confirmed that Rebecca has "mild cognitive impairment," after she and Miguel had been pretty unhappy that Randall felt this was all necessary to begin with. Miguel did apologize after the diagnosis, but still. A bad ending to bad day.

In Kate and Toby land, Kate tried to get to know Toby's Crossfit pals by planning a surprise party with them, only to discover he had secretly switched gyms. Toby then admitted that LadyKryptonite (his Crossfit lady friend) had tried to kiss him, and that yes, Kate was right to think he was pulling away. But he didn't not love Kate, he just was so sad about how baby Jack is blind and will never see the ocean or get to watch Star Wars with his dad, and felt he couldn't vent to Kate about it.

Things got a little better in that house later when Baby Jack appeared to be reaching for lights, meaning he could see some lights and shadows. But this is still not great, Toby. 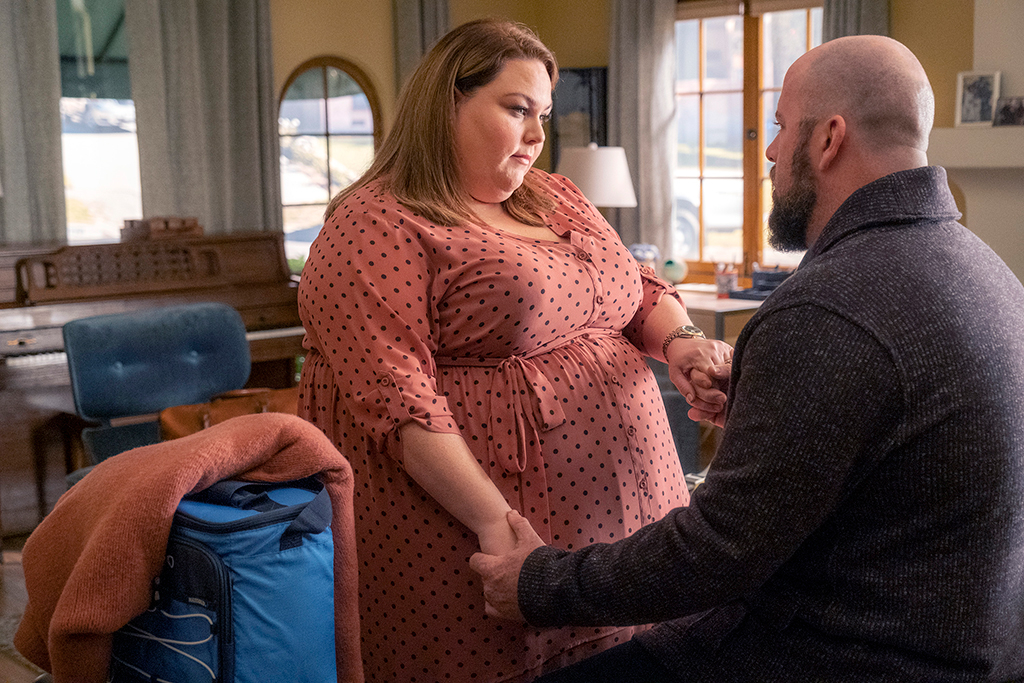 Kevin was helping Kate plan her surprise party when he ran into Sophia Bush (former star of Chicago PD), who was playing Lizzie, a woman visiting from Chicago (see what they did there), who had planned to have a fun day in LA involving Hollywood Boulevard.

Because Hollywood Boulevard is terrible and Kevin found her attractive, he instead made other plans. He took her to the Hollywood Bowl, where they were the only two people there for a private concert performed by John Legend, and it would have been a truly magical love story for Kevin if he didn't try to kiss her and she didn't then reveal that he was actually just her celebrity hall pass, which is incredibly rude of Lizzie from Chicago after all that very overt flirting she did.

Kevin then headed off to set, and after he handed a PA his phone, his ex-girlfriend Sophie was calling him. So maybe this game of How I Met Your Mother is simpler than we thought.

Finally, we watched Jack break up with Rebecca after her dad told him he'd never be good enough, and then Rebecca went and got him back. It was cute, but we all knew how that was gonna end.

What we don't know is how the rest of this is going to end, especially when it comes to Randall and that random guy in his house. Let's hope it doesn't end too badly.

E! and NBC are both part of the NBC Universal Family.