When it came to dressing a group of the most iconic on-screen fashionistas of the 20th and 21st centuries, Patricia Field wasn't focused on trendsetting.

"I never really tried to consciously create a trend," the renowned costume designer for Sex and the City once said in an interview. "All I really ever did was try to make things look beautiful and interesting and tell the story."

Nevertheless, after six seasons with one of New York City's most famous fictional gal groups, there are a few stylish things we all picked up from our time chasing Carrie Bradshaw and co. uptown, downtown and virtually every hot restaurant, new bar and beau's apartment in between.

While some trends come and go, others never die and Bradshaw's enduring wardrobe is proof of that. Whether it was her penchant for crop tops or signature tutu, she set some significant trends in her fictional days—ones that are very much alive and well 20 years later.

Here are a few of those everlasting examples from Ms. Bradshaw: 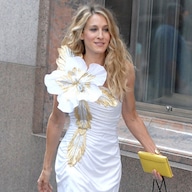 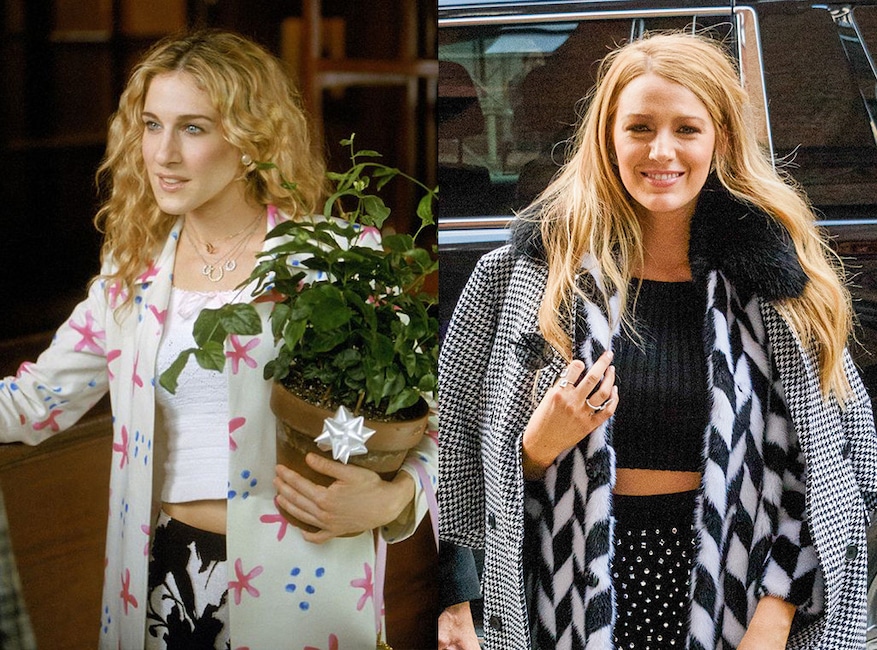 While some may have considered this daring look a fashion faux pas back in the day, the Big Apple's resident trend maker and breaker threw caution to the wind and rocked a mismatched ensemble often over the course of the HBO series. Whether it was clashing colors or an array of patterns, she took her looks to new heights with the quirky combos. Two decades later, celebrities like Blake Lively have harnessed the power of mixing prints and continue to make them a total style do. 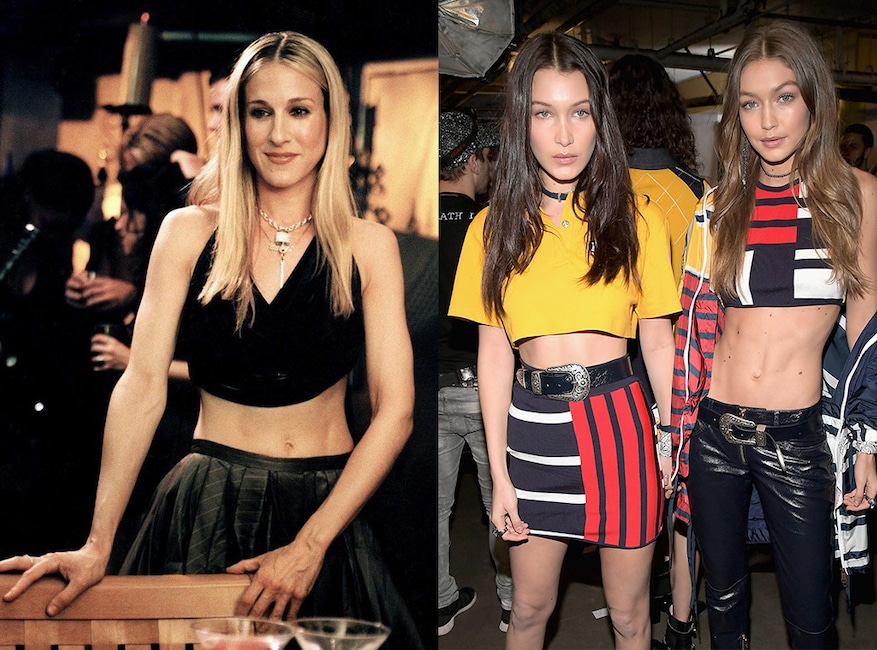 Through six seasons of the show, Carrie and her gal pals bared their bellies in crop tops paired with virtually every kind of bottom and for nearly any kind of occasion. Night out in the city? Check. Party in the Hamptons? Check. Delivering a gift to a friend? Check. Wedding dress shopping? Check. 20 years later, the crop top is still very much alive and well—on the runways, the sidewalks and everywhere in between. 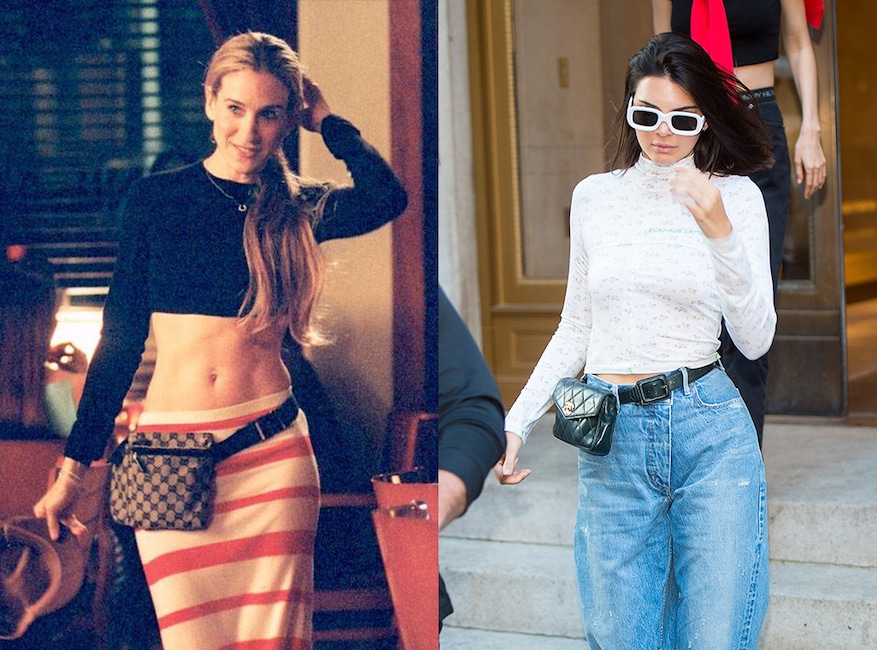 Never had a fanny pack reached such chic heights as when it was a Gucci one draped around Bradshaw's waist. The on-screen fashionista favored a fanny pack during her sartorial adventures in the Big Apple and, perhaps thanks to her—and, well, the desire to tote items hands and arms-free—we still see modern iterations of them on many of Hollywood's most famous, including Kendall Jenner. 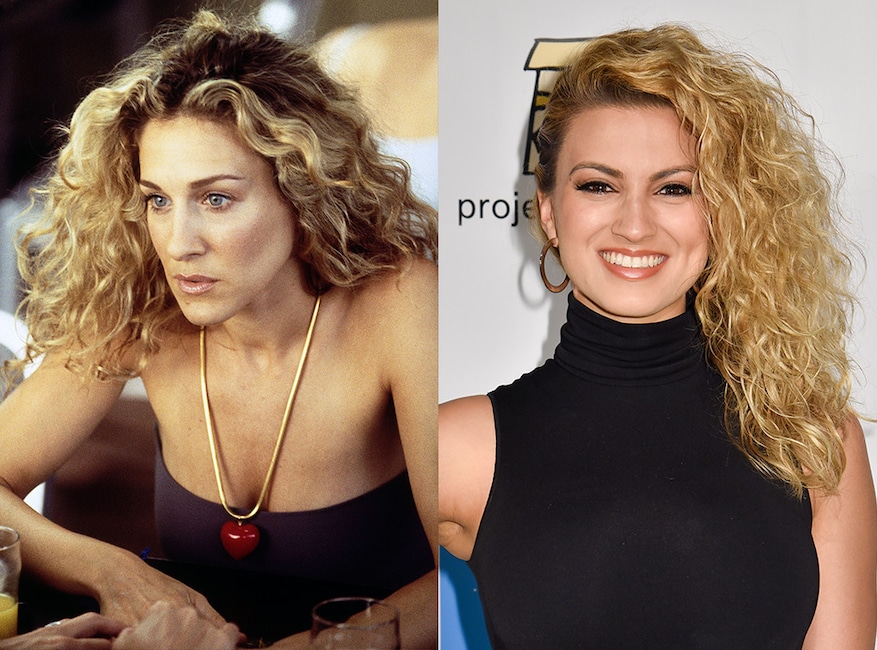 Carrie Bradshaw certainly didn't invent the curl, but it was her iconic coiled blond mane in all of its phases that helped bring the texture to the forefront in the '90s and early '00s and memorialized it for decades to come. Plus, it encouraged curly-haired sisters everywhere to ditch their straighteners—for a day, a week, a month or forever. The texture lives on today and, if we could bet, will always have a place on women's heads. 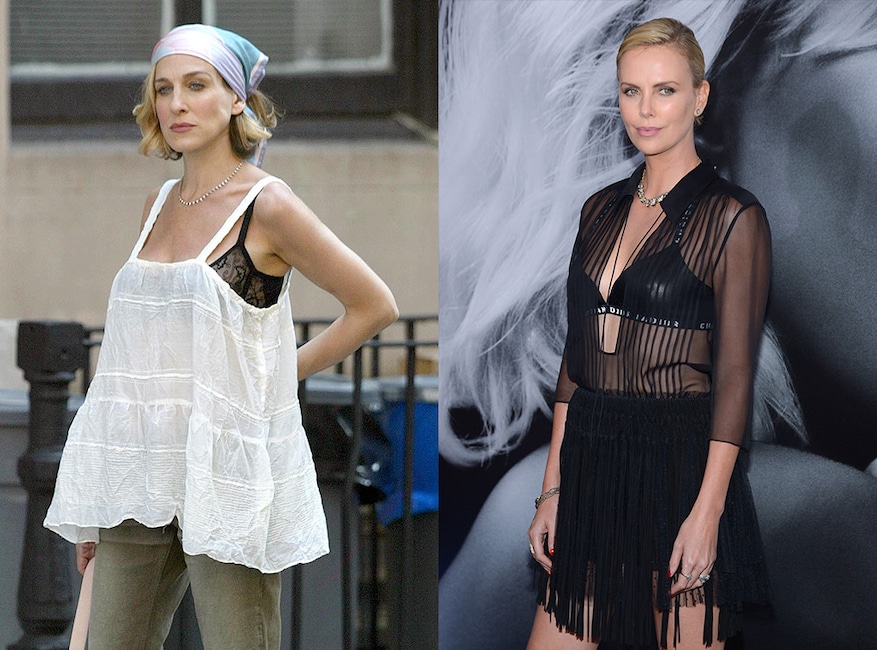 At a time when some women were trying to conceal their fickle bra straps and panty lines, their lace push-ups and matching bottoms, Carrie Bradshaw turned her intimates into official parts of her outfits. Whether she was rocking a bubblegum bra underneath a white sheath, a black one peeking out on the sides of a white tank, or a sheer one layered underneath a dinner dress, Bradshaw transformed a visible bra into one of her staple accessories—a choice that continues to be embraced and replicated today. 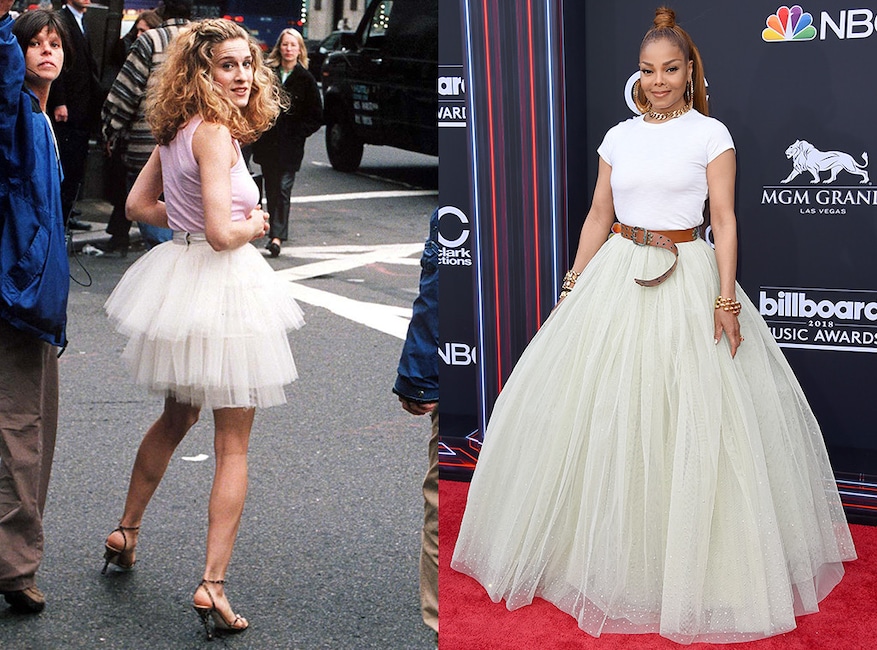 Ever since Carrie Bradshaw tried to dodge a splash from a city bus in the opening credits, the sartorial power of a tutu was newly released on a new generation of women. In homage to one of the show's most enduring symbols, Bradshaw even closed out the series in another tulle skirt for the finale episode and tried it back on in the first Sex and the City movie. If you look closely, you'll find versions of the style on red carpets to this day. Case in point: Janet Jackson at the 2018 Billboard Music Awards. 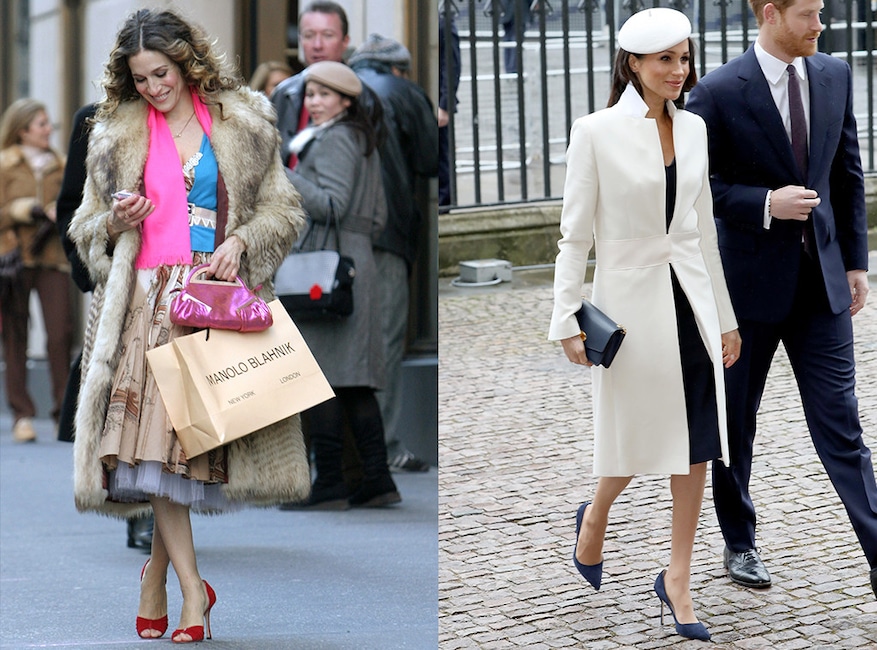 The designer shoe popped up so much on the series, it might as well have been a fifth member of the group. Bradshaw and Blahniks were such sole mates that, at one point in the series, she realized she had spent $40,000 on shoes from the designer brand. When it came time for Mr. Big to propose (for the second—and more official—time), he did so not with a diamond sparkler, but with a pair of cobalt blue satin pumps by—you guessed it—Manolo Blahnik. The brand has not lost its popularity among all walks of women in the 20 years since. In March, a pair of Blahnik pumps popped up on the then-future royal feet of Meghan Markle, proving Blahniks are indeed shoes still fit for sartorial princesses.

Which trend is your favorite?