Tom Holland Gets Candid About Quitting Instagram After Becoming "Obsessed" 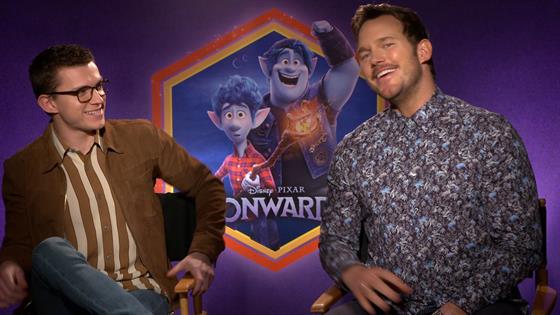 Tom Holland and Chris Pratt's new Pixar film is a fantasy adventure centered around magic, but it's also a cautionary tale about technology.

In an exclusive interview with E! News, the Onward stars reflected on what they hope audiences will take away from the film. And one thing they hope is that it inspires people to put down their phones.

As Pratt said, "I think what kids are gonna take away is the same thing they take away from all Pixar movies, which is they'll be delighted, and taken on an adventure and taught some wonderful things about the nature of the world. And specifically in this movie, how magic is giving way to technology a little bit, and if we distance ourselves from the ease of technology, we can find magic in the relationships around us."

As E!'s Carissa Culiner replied, "What's the one thing in the technology world you wish we could get rid of?"

Jason Momoa Apologizes to Chris Pratt for Shaming Him on IG

As it turns out, Holland has already gotten rid of the app on his phone. (Before you panic, no. Holland has not deleted his account altogether. His profile remains active, although he posts rather infrequently compared to other celebs.)

"I don't have Instagram right now," the Spider-Man: Far From Home star said. "I just had to get away from it and take a break." His reasoning for nixing the app is understandable.

As he shared, "It was taking over my life, and I was becoming obsessed by it. Like, 'How many likes did I get?' and 'What did people say about my picture?' and who's doing this and who's doing that. I found myself focusing more on my Instagram life than I was on my real life." 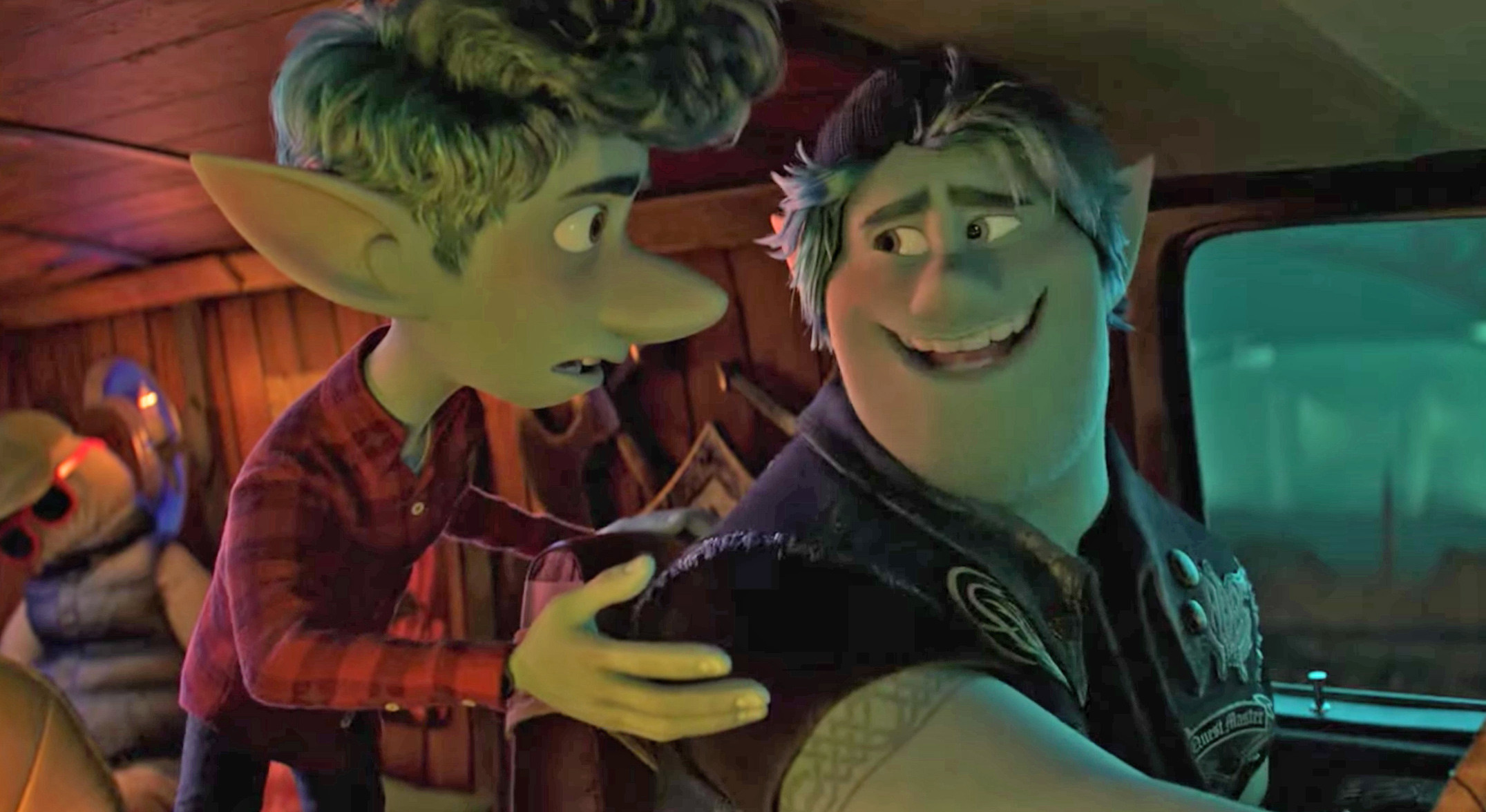 Taking a bit of a social media hiatus was the best move for him, the actor noted.

As he explained, "And now that I've taken a step back and I've started to focus on Tom and the future of what Tom is gonna be, I have—I'm talking about myself in the third person, I sound like such a dick, but you know what I mean. I'm just working on myself, and I feel really great for it."

"I think you use it as a distraction to distract yourself from things you don't want to face in life," he shared, "so when you step up and face them, you can get over them and you become happier."

As for Pratt, he tries to disconnect from his phone as much as he can so he can connect with his family, but he realizes how hard that can be at times. (He noted that his wife, Katherine Schwarzenegger, her brother, Patrick Schwarzenegger, and his and Anna Faris' son, Jack, have already seen the film, and it made them all emotional.) 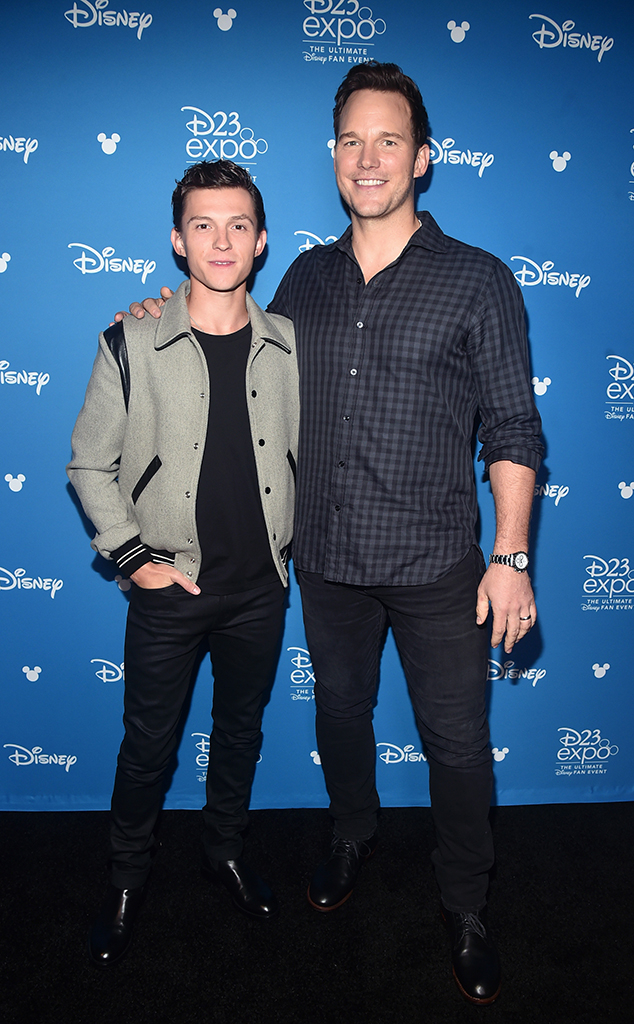 "When you give your presence to the thing in your hand," the Guardians of the Galaxy star said, "and I don't want to be critical because I do it myself I know it happens. But just as an observation, when we have our phone in our hand and we're looking at it, the people who are in the room with us, especially adults to their children, pets to their children."

Onward, which hits theatres March 6, is all about family. It stars Pratt and Holland as a pair of brothers who try to bring their late father back to life for one day through magic. In this fantasy world, however, the wonder of their magical universe has been lost on their community over time, making mystical creatures like unicorns as common as raccoons and the general splendor of magic having been waned.

But like every Pixar movie, it's going to be packed with emotion. Pratt shared that the movie is going to make anyone who's breathing weep.

"I was able to see the film," he said. "I was able to bring a whole gaggle of people, most of which were children, and they were so entertained. They love the pixies and the unicorns, the magic, this fantasy world and every adult that I brought there was moved to tears. It's just one of those movies." 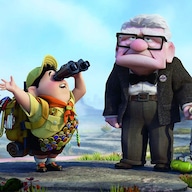 As he continued, "It makes you laugh, it makes you cry. It's really good. It's hard to explain exactly what it is about this movie that makes it an emotional journey, but thankfully we don't have to sell it too hard 'cause it's Pixar. Everyone loves Pixar. The whole world's gonna see this movie, they're gonna fall in love with these characters and they're gonna be moved."

Seriously, everyone. Prepare yourselves for another tear-jerker from Pixar. As the actor went on, "Really anybody with a pulse is going to be moved by this film, but especially people who have brothers and/or siblings, anybody who has lost someone close to them. It's very moving, very emotional."

Onward is in theatres everywhere March 6.