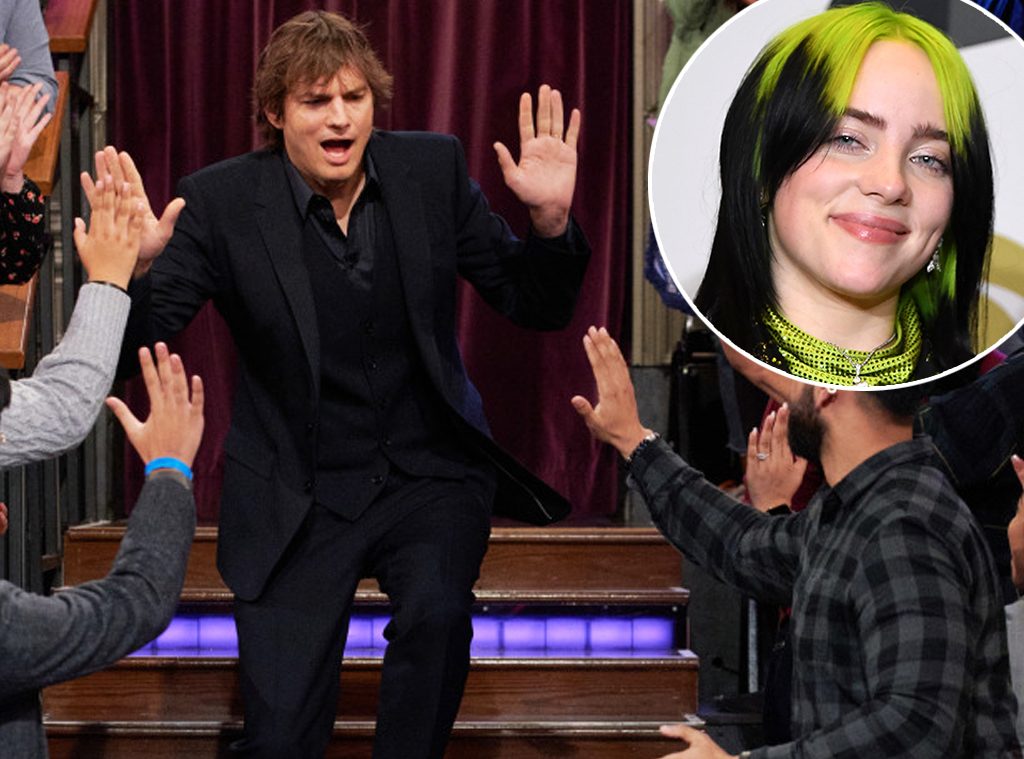 Long live the King of Pranks!

On Tuesday, Ashton Kutcher relived his Punk'd days on The Late Late Show and shared his thoughts on the MTV prank show's big return on Quibi. While the dad of two won't have a role in the new revival, which will be hosted by Chance the Rapper, he did reveal how he'd prank Billie Eilish if he was given the reigns—and, let's just say, he definitely still has a few tricks up his sleeves.

"I was, like, thinking, if I did it, I would probably, like, go get, like, Billie Eilish or something and I would create, like, a bit and I would call it, like ‘Bad Guy,'" he told host James Corden. "And the idea would be as, like, the CIA would show up at her house and be, like, ‘Listen, we need your help with an issue that we're having. Have you ever heard of [Crown Prince of Saudi Arabia] Mohammad bin Salaam?'"

Just wait, there's more. "And, like, then, like force her to put, like, a wire…being like, ‘His daughter's a huge fan of yours,'" the That ‘70s Show alum continued. "We need you to put this wiretap in his hotel room.' And, like, take her there and have the FBI or, like, the CIA person be, like, ‘I'll be there and give you the signal when you're clear to do it.'"

Then, things would take a serious turn for the Grammy-winning artist. "And, like, literally, like, bring it," Ashton explained. "And the actor playing Mohammad bin Salaam be like, ‘What is this?' And then all of a sudden the chase ensues and, like, it turns into, like, a full-length thing…To me, like, go big or go home, right?"

Before giving Chance permission to use his intricate idea, Ashton weighed in on how the Punk'd reboot will differ from the original 2000s series, explaining that having it be on a mobile-first streaming service and the increased accessibility of celebrities will play major factors in pulling off the high-stake pranks.

"It's like these small episodes and I don't quite understand how they're gonna make it bigger than what it was," he shared. "Because it's like back in the day we got Beyoncéand Justin Timberlake and all of these like big sharks. I don't think you can get, like, ‘bigger stars,' so you would kind of have to, like, do bigger pranks, right?" 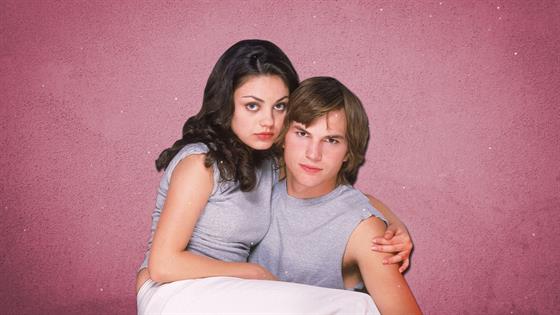 Now Playing
Up Next
A Blast From Interviews Past: Mila Kunis & Ashton Kutcher

In fact, The Ranch star said that he wasn't even informed that the reboot was even in the works. "Nobody called me, nobody asked me," Ashton said, joking that he had hoped for a producing credit. "I mean, I love Chance the Rapper. I think he's amazing. I didn't even know it was happening…I kind of found out, I was flipping through the news on the phone. I was like, ‘Oh, they're doing Punk'd!'"

Watch Ashton unpack his elaborate prank for Billie in the hilarious video above!