Demi Lovato at GLAAD Awards: "I Actually Have a Bigger Dick" Than Nick Jonas 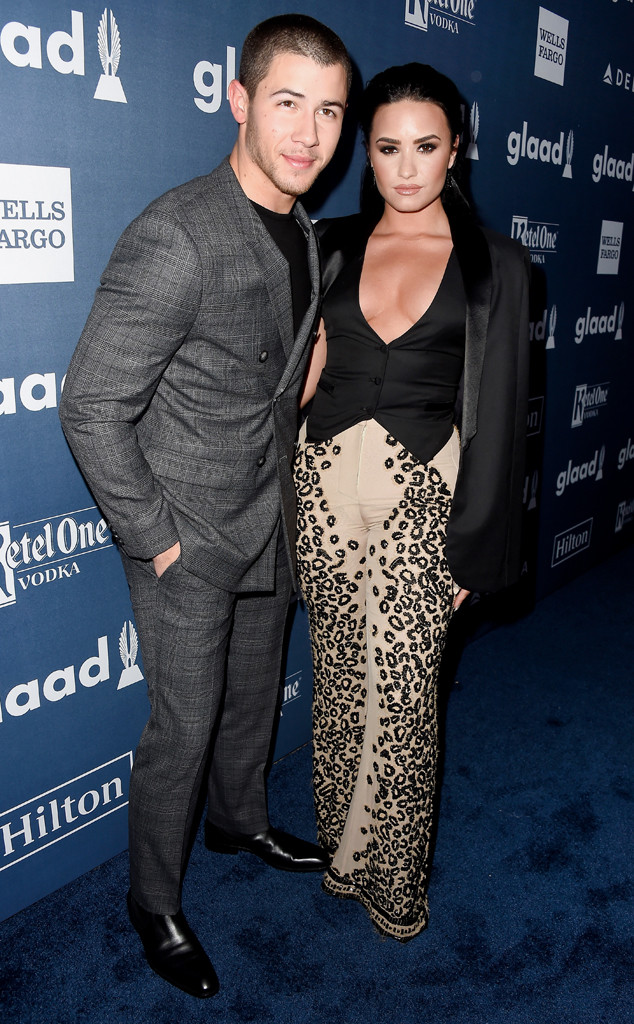 Demi Lovato gave an unconventional shout-out to longtime friend Nick Jonas and a sweet one to boyfriend Wilmer Valderrama at the 2016 GLAAD Media Awards.

The ceremony was held Saturday in Los Angeles and will air on Logo TV Monday at 10/9c. Jonas presented Lovato with the Vanguard Award, which is given to "media professionals who have made a significant difference in promoting equality and acceptance," according to the lesbian, gay, bisexual, and transgender (LGBT) media advocacy organization.

"What people don't know about me is I know that you all love Nick Jonas but I actually have a bigger dick than he does," she said onstage as she began her acceptance speech, drawing laughs and applause, including from Jonas. "And a huge set of balls. I'm going off script, by the way."

Lovato and Jonas, both 23, are longtime friends, fellow past Camp Rock co-stars and co-founders of their own record label. The singers are set to tour together this summer.

"Last night I was given the Vanguard award from GLAAD and one of my best friends presented it to me with words that totally made me cry," Lovato said on Instagram Sunday. "That friend is my brother @nickjonas and I'm so thankful for our friendship. Love you and thanks for last night."

In her acceptance speech, Lovato also paid tribute to her boyfriend, who did not attend the ceremony. He is currently filming the CBS military drama Four Stars.

"Last but not least, I want to say thank you to my love that can't be here tonight," she said. "I'm just extremely proud of him but his name is Wilmer Valderrama and I'm so proud to be his girlfriend."

During her speech, Lovato also said she is "so excited for the future" and wants "to be a voice to my generation."

"You are!" an audience member shouted, drawing applause.

"I always knew that if I ever made it as a singer, that I needed to use my voice for so much more than just singing," Lovato continued. "And this award means so much to me, more than music, any music award, because this is the real stuff. "

Lovato wore a risqué outfit to the awards—a black vest that showcased much cleavage, paired with beige and black leopard-print pants and a black blazed draped over her shoulders. On the blue carpet, she posted for photos with Jonas, who sported a gray plaid suit, over a black T-shirt.

"Boobs," she joked, alongside a Snapchat selfie. 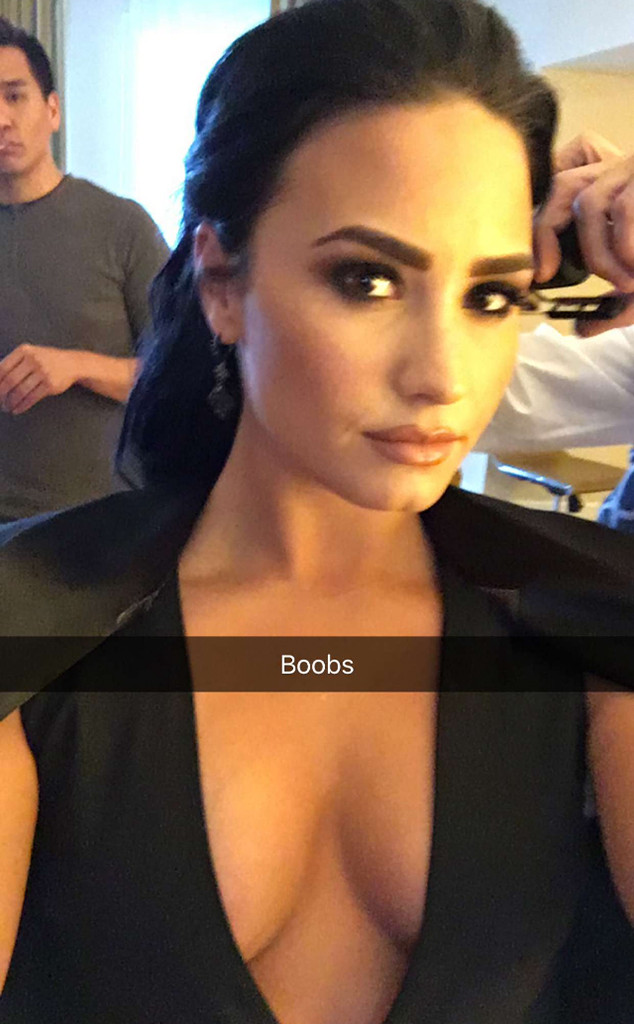 She also shared a video showing her and Jonas swapping faces. 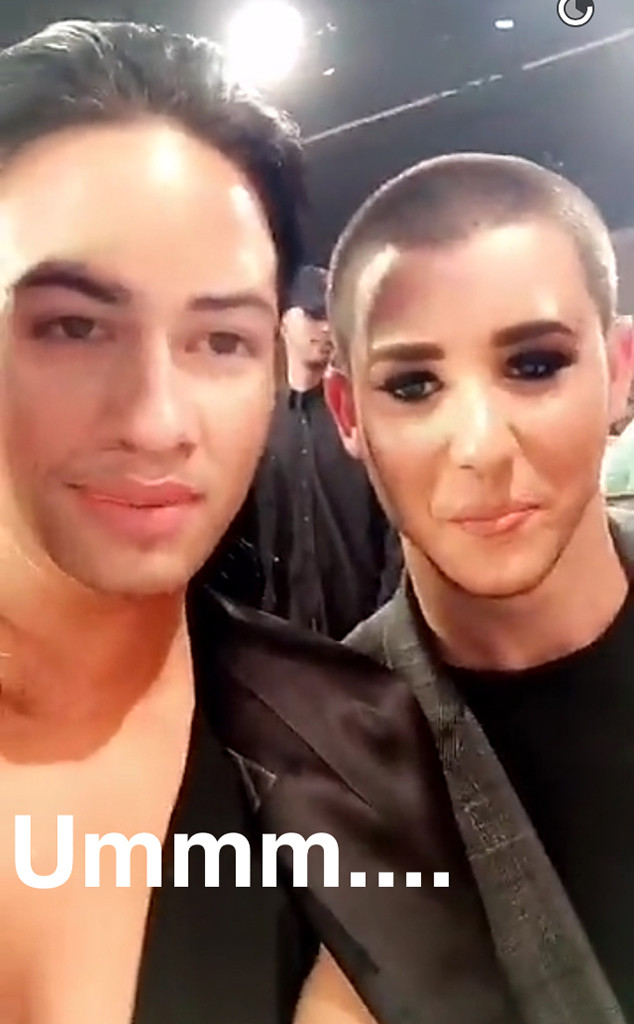 Also at the GLAAD Media Awards, The Matrix co-director Lilly Wachowski, 48, made an appearance, her first public event since she came out publicly in early March as a transgender woman.

"I always want people to know, my fans, everything, that you should always love yourself for who you are, the skin that you're in, whether you identify with it and are afraid to tell people, just go for it," Lovato had said in her acceptance speech. "You can do it. Have no fear. You can do it." 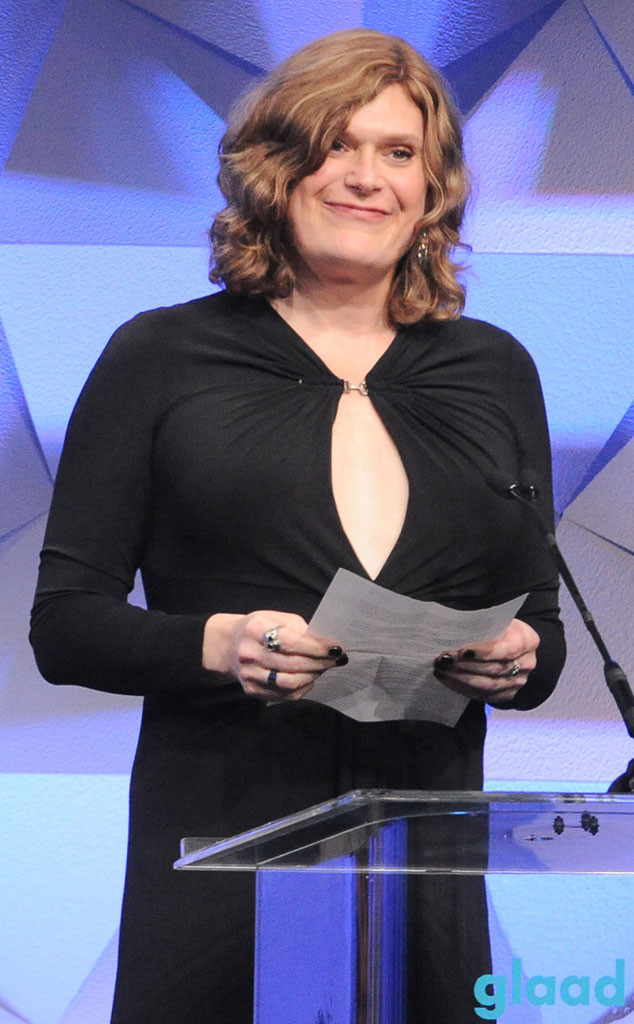 Taylor Swift took the stage as a surprise presenter to present friend and Orange Is the New Black star Ruby Rose, 30, with the Stephen F. Kolzak Award, which is "presented to "an LGBT media professional who has made a significant difference in promoting equality and acceptance." 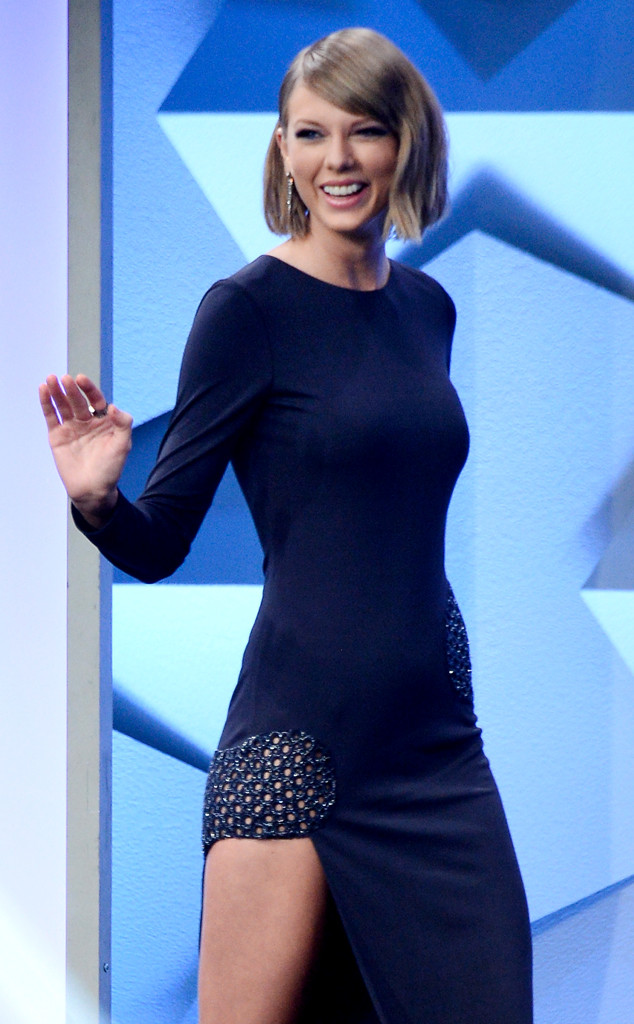 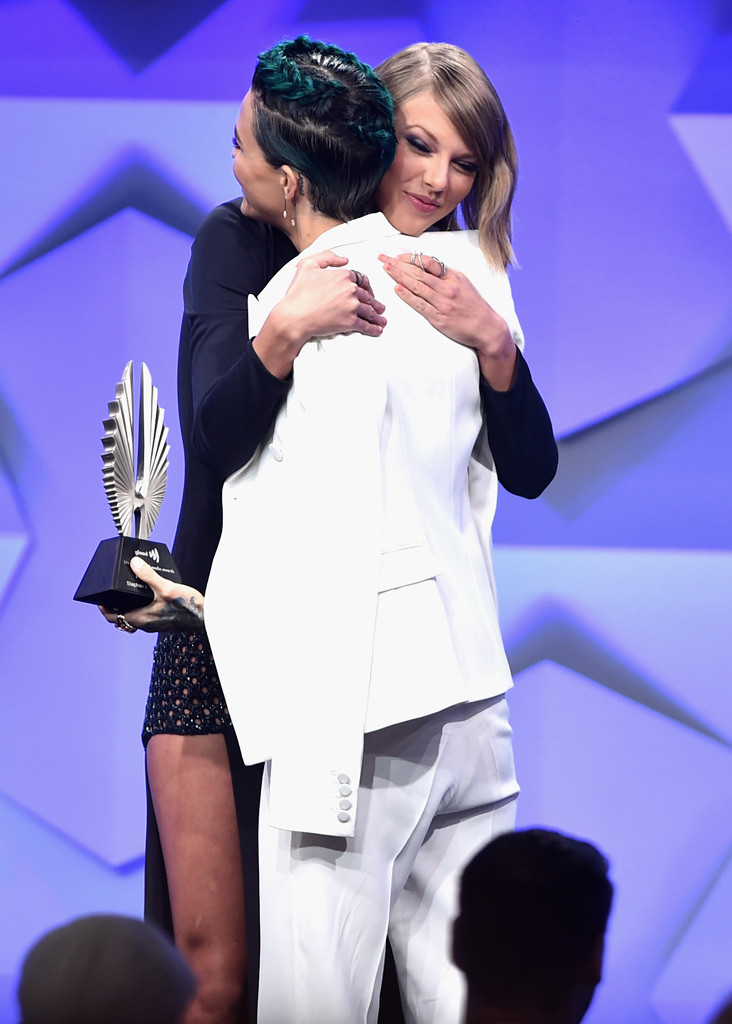 Other celebs who attended the ceremony included Dancing With the Stars pro dancer and champion Derek Hough, 30, who is not competing on the show this season, Lea Michele, 29, Paula Abdul, 53. 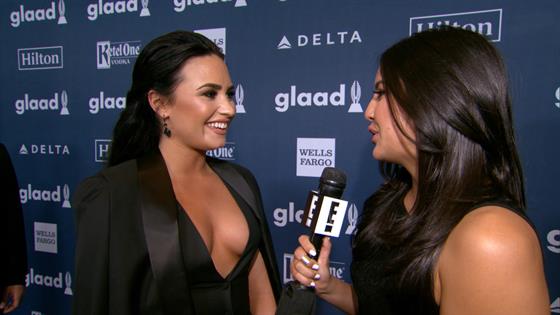