Cameron Diaz & Benji Madden Celebrate 1st Wedding Anniversary: It's Been a Year Since Their Whirlwind Wedding Blew Our Minds! 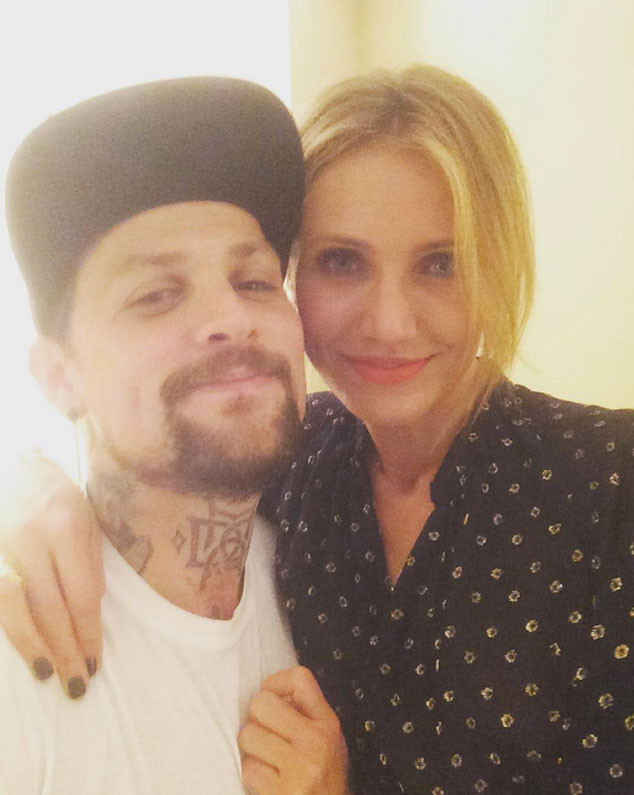 Remember that time when all of Cameron Diaz's musings about love and relationships over the years bore fruit and all of her premonitions about her own hypothetical marriage came true?

Diaz and her husband, Benji Madden, are celebrating their first wedding anniversary, meaning it's been exactly one year since the unlikely duo up and tied the knot after just seven months of dating. Oh wait, make that up and tied the knot on a Monday, blowing all of our minds in the process.

"The mystique and the romance of a big wedding are lost on me. I don't think that I could ever do something that extravagant. I am not much of a planner," the Sex Tape star told Parade in 2010. "I would probably make the phone call 20 minutes before the bus leaves for the chapel and ask if anyone is available to come. That's probably how my wedding is going to end up."

Well, just about! Though ultimately more thought and surely more than a few bucks went into throwing a wedding at their Beverly Hills home, they kept the plans so quiet that no one outside of their immediate circle really got wind of it until just hours before "I do."

If that's what they even said during their 15-minute ceremony that unfolded before fewer than 100 guests.

"I think we have to make our own rules," the blushing bride had told Maxim in 2011. "I don't think we should live our lives in relationships based off of old traditions that don't suit our world any longer." But stealth nuptials aside, who ever thought when they first stepped out as a couple that Madden and Diaz were in it for the long haul? That the now 36-year-old Good Charlotte rocker was the guy the now 43-year-old Diaz had been waiting for (not that she would ever use that phrase) all along?

Well, there's certainly something to be said for waiting until you know a little more about life. 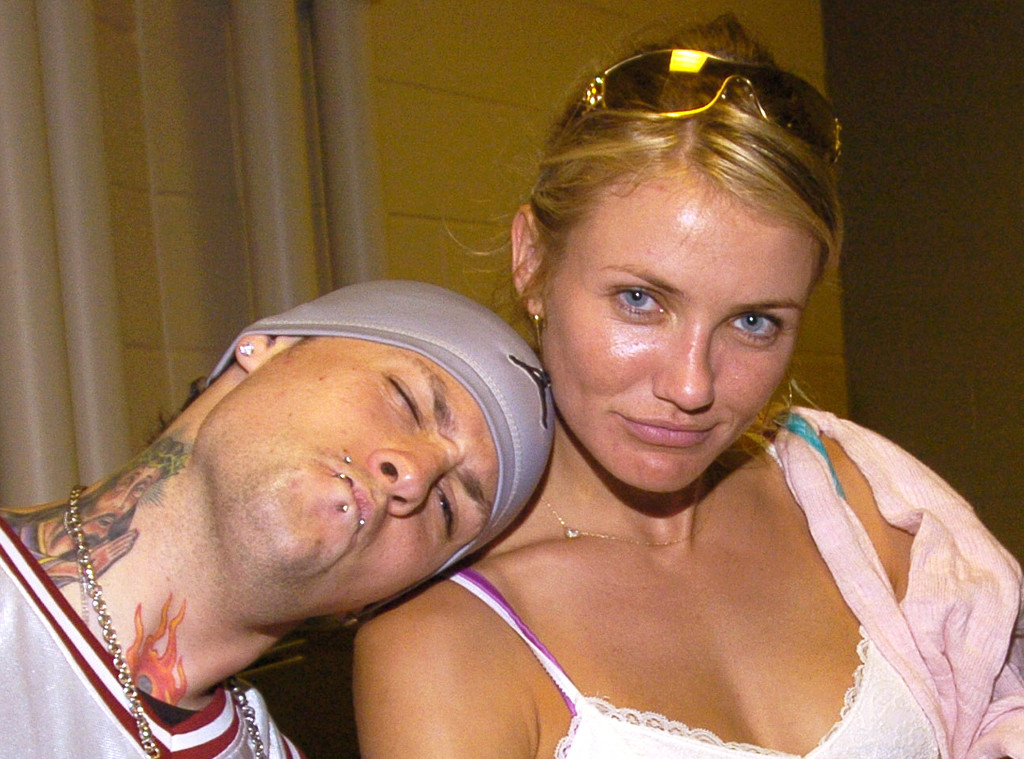 Diaz had actually known Madden for at least 10 years before they started dating, so the whirlwind courtship did have a foundation in a friendship, despite the seeming randomness of it when they first stepped out as a couple. But despite how quickly they became fairly inseparable, we didn't exactly guess that wedding bells would be ringing so soon. Even their blinked-and-you-missed-it engagement only served to throw us further off the scent.

"I've never said never to anything," Diaz told E! News in November, before Madden had popped the question. "Believe me, I'll try anything once or twice or maybe even three times."

And the statuesque blonde had certainly auditioned a few suitors for the role of Mr. Right, dating the likes of Matt Dillon, Jared Leto, Justin Timberlake and Alex Rodriguez over the past 20 years. 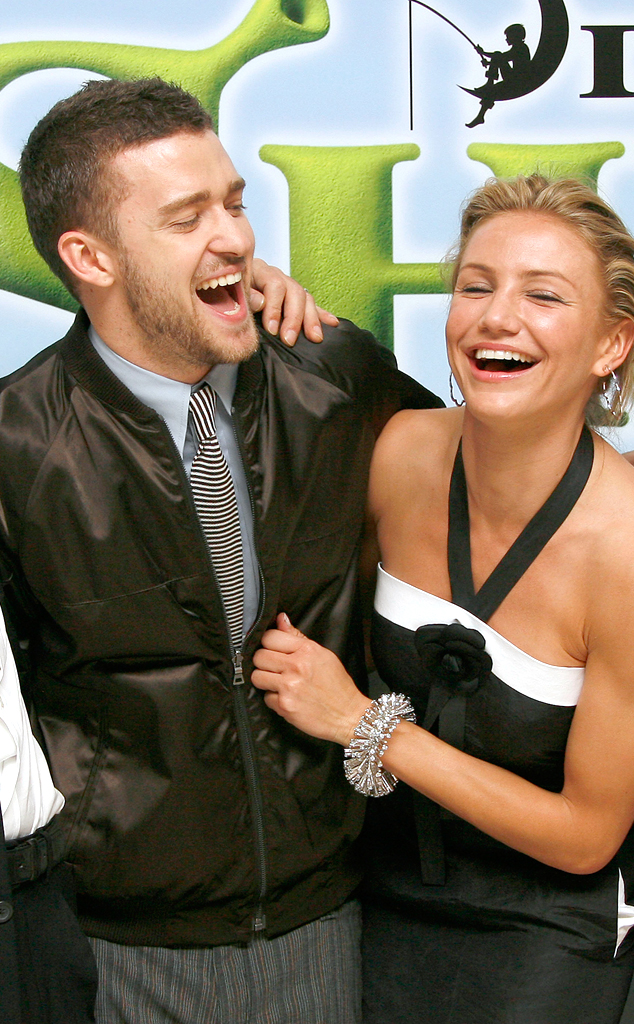 However, it's not as if Diaz held all of the settle-down-or-don't cards here. Madden, whose exes include Sophie Monk and Paris Hilton, didn't exactly seem like he was itching to get hitched when he was making out with Miley Cyrus in late 2013 and otherwise living it up, bachelor-style.

Perhaps enough chill nights with twin brother Joel Madden and his adorable family opened Benji up to the perks of marriage.

And then back into his life walked pal Cameron Diaz, who, as always, wasn't looking for anything per se. But look at what she found just the same. 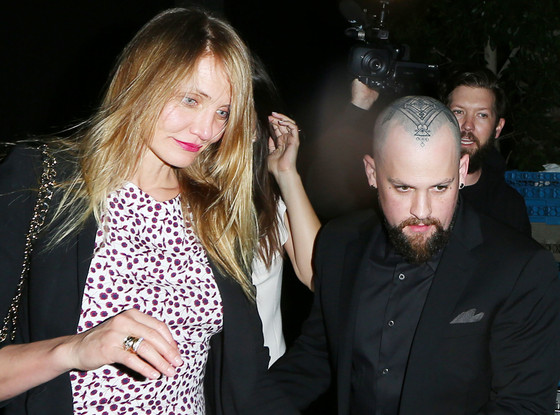 Madden has since had his wife's name inked across his chest, and, while they remain fairly private as far as major celebrity couples go, he ventures some displays of affection on social media. "I'm the luckiest guy alive—I get to spend the rest of my life right here. I love this woman!! Many more baby!!" he wrote for Diaz's birthday back in August. And, of course, they enjoy the occasional double-date nights with Joel and Nicole Richie, additional celeb couples TBD.

A very happy first wedding anniversary to Cameron & Benji, the odd couple who showed that there's nothing weird about waiting until it's right.

Remember the biggest celebrity weddings of 2015!