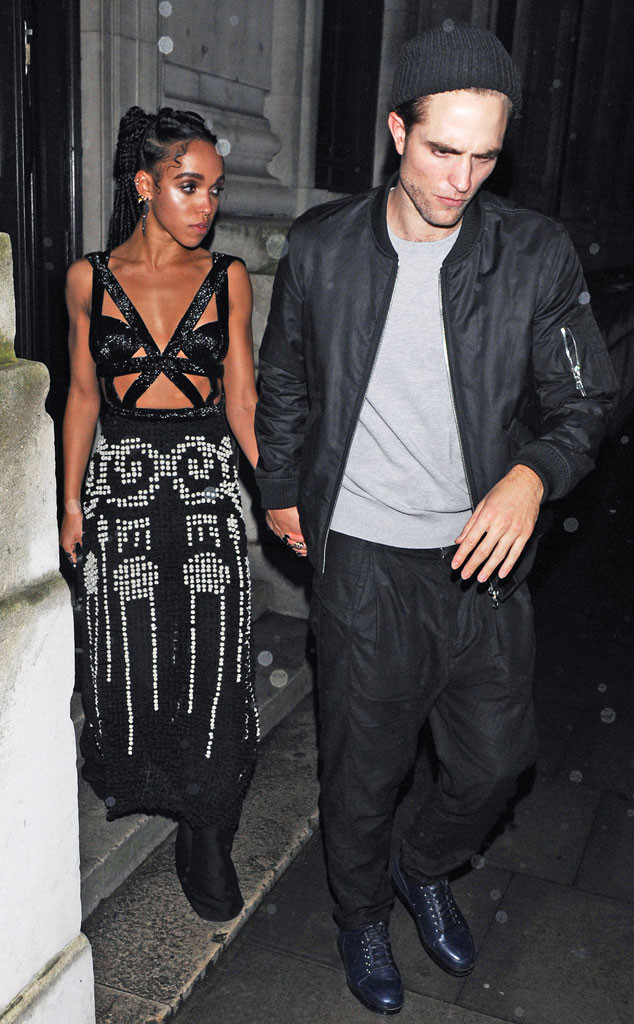 It may have been less than a week since the world found out Robert Pattinson is officially going off the market, but the actor and his fiancée FKA twigs have already dived into wedding planning.

A source tells E! News that while nothing has been set in stone for their big day, the pair have talked about what they want and weighed out some options, like the time of year, location and overall idea for the nuptials.

So what's the scoop? Well, the insider explains that R.Pattz and FKA Twigs would most likely tie the knot in the U.K., because that's where their family and close friends reside. Makes sense.

Additionally, the twosome have discussed having the ceremony during the summer (whether they're talking this summer or next summer has yet to be determined) as a possible timeframe.

But don't expect an over-the-top, elaborate ceremony with all the glitz and glamour. While their wedding will probably be a beautiful, intimate and picture-perfect event, the source tells us that the couple also wants it to be very "low-key."

Furthermore, the insider says things are "moving very, very fast" and FKA Twigs is the one making the final decisions on wedding details. Meanwhile, Rob is focusing on making his lady comfortable with the new surge of attention surrounding her.

Twigs has not been very "comfortable" with the amount of celebrity attention she has been receiving about the relationship, as she wants to be known for her music, so Rob has been trying to do everything he can to remedy that.

Rumors as to whether or not Pattinson put a ring on it were circling for quite some time, but they got even more fired up after rapper T-Pain first spilled the beans to Vulture, but then later backtracked, claiming his confession was an April Fools' joke (looks like he was just trying to cover his tracks!).

Their whirlwind engagement shouldn't come as too much of a surprise to fans, however. E! News reported last month that Pattinson had already given his ladylove a promise ring back in December, which was followed by an intimate meal—an "I-want-to-marry-you-dinner"—with a few close pals after R.Pattz gave Twigs the promising bling.

"There is a special connection between the two of them," a source previously told us of the couple. "Music is a big part of the relationship, because it means to much to them. They clicked instantly and they literally have been inseparable."

As for what Pattinson's famous ex Kristen Stewart thinks about his engagement?

A source close to the Sils Maria actress recently told E! News that K.Stew "doesn't care about the engagement" and added, "There isn't hostility but she has moved on and is in a really great place right now."

Our insider added, "This has been one of the better times for her personally, she is just doing her own thing."