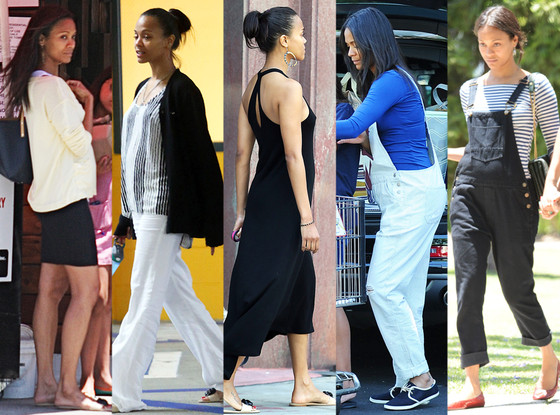 If Zoe Saldana is pregnant, she's staying mum about it for now.

But that could be the case, judging purely by some of the stomach-skimming styles that the 36-year-old actress has been sporting over the past week or so, including two different pairs of overalls.

Overalls being infamously roomy in the midsection.

Anyway, she and husband Marco Perego have also been nearly inseparable during this period of time, shopping at Whole Foods together, stepping out for date night (with Zoe in flowing white pants and a loose striped top that really triggered the bump watch) and going on walks.

This would be the very happy-looking couple's first child together, Zoe and Marco having tied the knot last June in London in a super-secret ceremony after a whirlwind courtship.

The low-key yet relentlessly glamorous duo also never announced any intent to get married in the first place, so it would be perfectly in keeping with their private natures to keep the press out of their procreation plans.

In fact, Zoe didn't acknowledge her marital status publicly until December when Jimmy Kimmel asked about it, point-blank. And even then...practically no details. 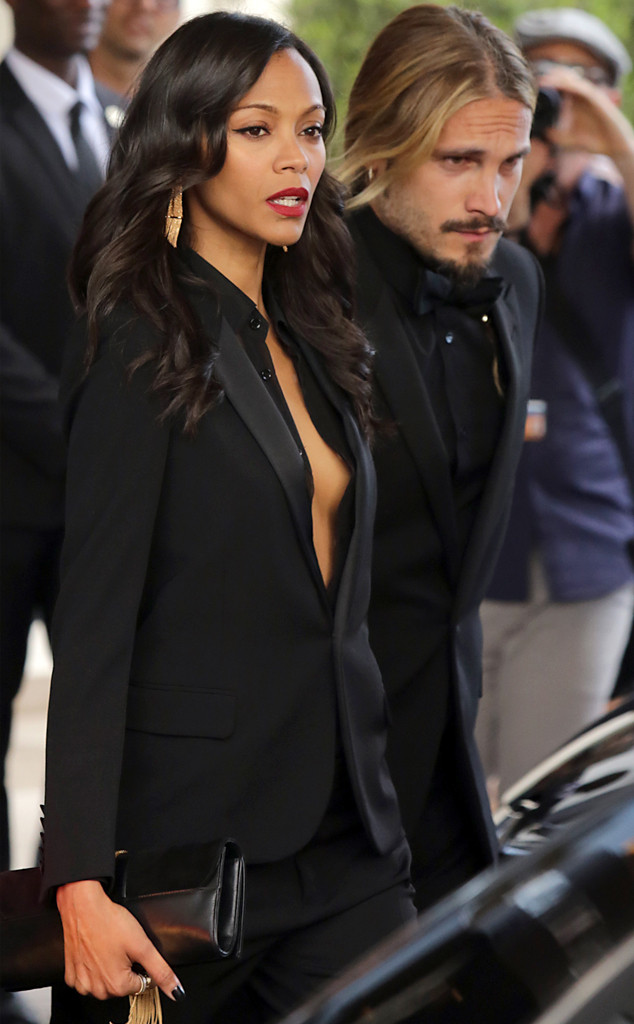 She and her Italian artist hubby attended their first red carpet event as husband and wife just in April, the AOL NewFronts event at Duggal Greenhouse in New York City. Since then, Zoe's been by Marco's side at a gallery opening and they made for a hot couple at the Cannes Film Festival.

Kids have always been in the cards for Zoe, who said on The Conversation With Amanda de Cadenet in April 2012 that she had been ready for kids back when she was engaged to longtime partner Keith Britton, but he was not.

"For years he wasn't ready. Then when he got ready, I didn't have time," she said. But once she met the right guy, she wanted "two or three or four or five" kids.

"I don't care," the Rosemary's Baby star said. "They're just so delicious. I love the anxiety and the pressure of a loud room full of yapping kids. I'm like a kid myself so I get along very well with animals and children. I dig them. I get them. A child makes perfect sense to me. [To me], a child speaks more sense than an adult." 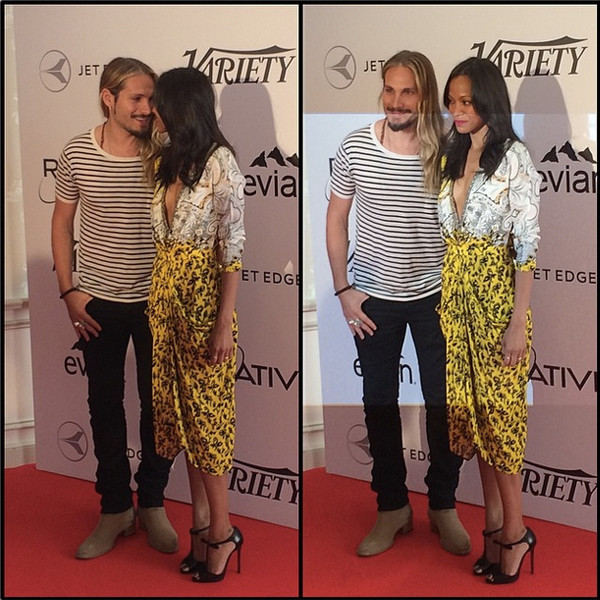 Funny enough, the actress also memorably made headlines when she told Allure last spring that thanks to her "androgynous" upbringing, she could picture herself "with a woman raising my children... that's how androgynous I am."

It's unclear if she and Marco were already an item when she gave that interview, published in the magazine's May 2013 issue—but either way, life can turn on a dime.

So if a baby is indeed next on the schedule for the international duo...we wish them all the happiness in the world.

Moreover, if Zoe is pregnant, she's got a built-in knowledgable support system: She and sister Cisely Saldana threw a baby shower a few weeks ago for their expectant sister Mariel Saldana Webb, and Mariel is due in July.

Congratulations to the whole family!

TAGS/ Zoe Saldana , Pregnancies , Top Stories , , Sightings ,
GET POP CULTURED!
*Email entered incorrectly. Please try again.
By subscribing to our newsletter you agree to the Privacy Policy and Terms of Use
Daily
Weekly