Why You Should Be Watching HBO's Getting On 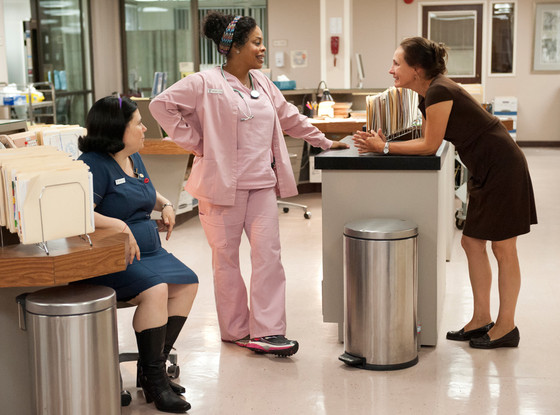 Everybody loves a sleeper hit, right? Right! Therefore, you should be watching HBO's Getting On. Get in before it's absurdly cool to watch this terrific show and then brag to all your friends that you told them to watch Getting On. It's too good to be a one season wonder. We all remember The Comeback, right?

Set in a geriatric extended care facility, this comedy, adapted for the US by Big Love creators Mark V. Olsen and Will Scheffer, takes no prisoners. It's smart, sweet and just the comedy you've been looking for. Still not convinced you should be watching this dark medical comedy? Fine, twist our arm, we'll present reasons. 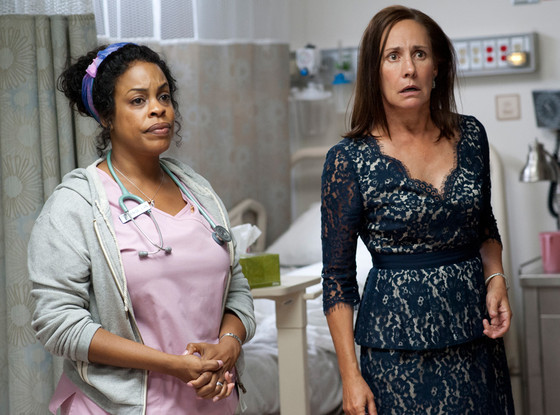 1. Laurie Metcalf, Niecy Nash & Alex Borstein: Yes, Emmy winner Laurie Metcalf whom you know as Aunt Jackie from Roseanne. She's back in a weekly series and she's nothing like her very famous character. Well, they're both a bit scattered—but Metcalf's Dr. Jenna James is a different kind of scattered. She's strange, but not in an adorkable way. It's in a "Hey, I know a person EXACTLY like this" kind of way or "Hey, am I like this?" kind of way. She's doing great things here. Niecy Nash is great as the understated Nurse Didi Ortley. Gone is the brash personality she's known for playing and the larger-than-life persona she's adopted on reality shows, and in its place is a funny and tender performance. Then there's Alex Borstein, yes Ms. Swan from MADtv and the voice of Lois Griffin on Family Guy. She's playing a sweet, somewhat naïve character who's finding her backbone slowly. There's even character evolution on this show! All three are great and the chemistry they have makes the show all the more entertaining.

2. Laurie Metcalf's Face: Metcalf's co-stars Nash and Borstein are improve pros, but Metcalf is admittedly shy about losing the script. However, she has been doing wonders with her facial expressions. You haven't lived until you see Metcalf impersonate Donald Duck and then promptly run away. Simply wonderful.

SPOILERS: What's next for your favorite shows 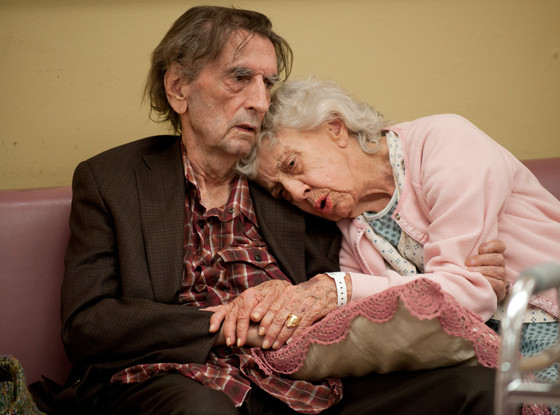 3. The Older Actors: Getting On is giving some quality time to actresses who aren't in their 20s and 120 pounds.  The women who play patients provide such color to the show. They're master reactors and bring the comedy and warm the heart. Where else can you see Golden Globe nominee and current It Girl June Squibb spew racist and homophobic epithets or Grandma Yetta from The Nanny (Ann Guilbert) have sex with Roman from Big Love (Harry Dean Stanton) in a reception area?

The first (of hopefully many) seasons is only six episodes long. Get on with it! Still not convinced? The first episode is on YouTube.

PHOTOS: TV roles that almost went to other actors

TAGS/ Niecy Nash , TV , Watch With Kristin , Top Stories , HBO
GET POP CULTURED!
*Email entered incorrectly. Please try again.
By subscribing to our newsletter you agree to the Privacy Policy and Terms of Use
Daily
Weekly