Royal Baby Is Born: Everything We Know About the Birth of Prince William & Kate Middleton's Son 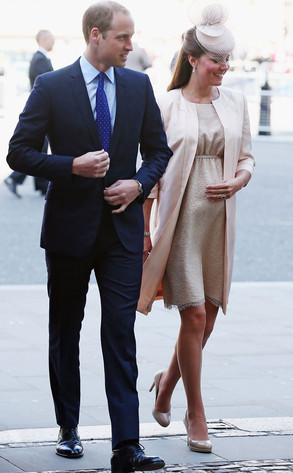 After nearly 10-and-a-half-hours in labor (and months of waiting), Kate Middleton and Prince William welcomed their precious baby boy into the world today.

And although the young prince's name or (surely adorable) face have yet to be revealed, there's a good amount of information we do know about the future king.

Here's everything we know so far about HRH Prince of Cambridge...

NEWS: Kate Middleton gives birth to a baby boy. All the details!

Who Was Not in the Delivery Room: On Monday, Buckingham Palace denied rumors that Carole Middleton and Pippa Middleton were going to be present in the mom-to-be's private Lindo wing suite at St. Mary's Hospital, making the birth a very intimate event for just Will and Kate.

He's Healthy: The official birth announcement confirmed that the royal newborn is in great health.

He Has a Title: Kate and Wills have yet to release their son's name, but he will be addressed as HRH Prince of Cambridge, a title that has not been used in over 190 years.

On what happened to be Kate's 31st birthday this year, the queen paved the way for the child to have an equal shot at a title regardless of gender with a Letters Patent stating: "All the children of the eldest son of the Prince of Wales should enjoy the style, title and attribute of Royal Highness with the titular dignity of Prince or Princess prefixed to their Christian names."

LOOK: A who's who guide of everyone that played a role in the royal birth 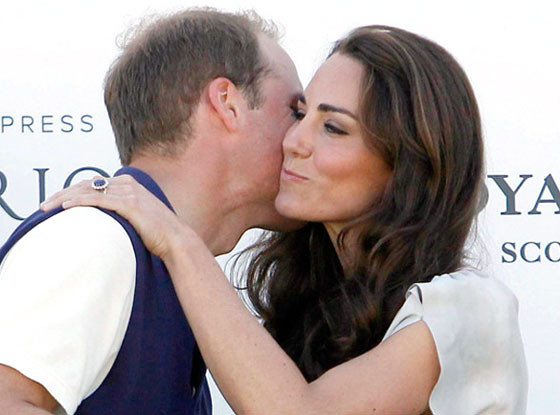 How Long Until He Gets a Name: "The name of the baby will be announced in due course," Kensington Palace said in a statement today. Will and Kate will decide when to make the announcement.

Prince William's own parents, Prince Charles and the late Princess Diana, waited a week before announcing Will's name, while Queen Elizabeth II and Prince Phillip spent an entire month picking out a name for Charles.

James Is the New Favorite: The name James is the new favorite choice for the prince's name, the bookies say, since the moniker currently has 2-1 odds of being chosen, surpassing the earlier leader among boys' names, George, which is now 5-1, along with Henry—Prince Harry's real name.

NEWS: Will Prince Harry and Pippa Middleton be the royal baby's godparents? 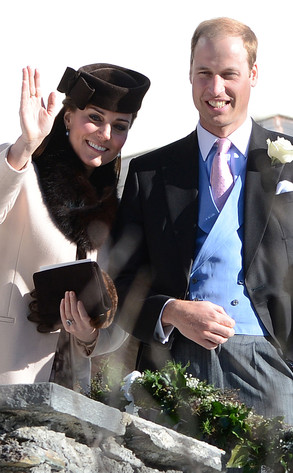 The Prince's Last Name: The royal baby's last name could be on of three choices: Wales, like dad; Cambridge, like the royal house bestowed on his parents by Queen Elizabeth when they got married; or Mountbatten-Windsor, the two-for-one surname of Prince Philip, who got Mountbatten for his maternal grandparents, and the queen, whose father, King George V, selected Windsor for his family in 1917.

His Zodiac Personality: HRH Prince of Cambridge arrived at 4:24 p.m. local time today, narrowly making the cut for the zodiac sign Cancer—the same astrological sign as Wills—putting him on the cusp of a Cancer and Leo.

However, astrologer Patrick Arundell predicted the royal baby would have a "very Cancerian personality" even if born under the sign Leo.

"Either way, he or she is going to be larger than life, charismatic and glamorous...and be sensitive and caring. If the baby's born today it will have a slightly more conventional and conservative personality, but if it's born tomorrow it will be more groundbreaking and more in tune with modernity," he said.

His Line of Succession: The new prince is now third in line to the throne behind his grandfather, Prince Charles, and his dad, Prince William, bumping uncle Prince Harry down to No. 4.

The Succession to the Crown Bill, determining that the Duke and Duchess of Cambridge's first child will be a monarch, regardless of its sex, was approved by Queen Elizabeth II back in January.

This is also the first time since 1894 that three male heirs to the throne have been alive at the same time, in this case Charles, William and the infant Prince of Cambridge.

Watch E! News for continuous coverage on the royal baby!

PHOTOS: A look back at Kate Middleton's best pregnancy pics