Nick Gordon, who was famously in a relationship with Whitney Houston's late daughter Bobbi Kristina Brownbefore her untimely death, has died. The circumstances surrounding his passing have not yet been confirmed.

"My heart is heavy today after learning that my long time client Nick Gordon died at the young age of thirty," Joe Habachy, Gordon's attorney, told E! News. "While I cannot speak to the specific circumstances of his death, I can say that it's been truly heartbreaking to have witnessed firsthand the total devastation that drug addiction has wreaked upon a group of young friends, all of whom were loved and had immense potential. Despite all of the incredible challenges Nick faced over the last few years, I can honestly say that he worked hard to hold his head up and stay sober and that he genuinely wanted a happy, healthy life with his family more than anything else. My heart goes out to the family and friends Nick leaves behind and to any other families dealing with the losses and heartache caused by drugs."

"We are devastated by the loss of my beautiful brother," Jack Walker said in a statement. "He leaves a void in the hearts of my family and his friends. Nick's battle in life was not an easy one. I will be forever grateful that my God afforded a small moment at the very end of Nick's life, and I was able to hold his hand as he journeyed on."

Junior Walker reflected on Gordon's death on Facebook, writing, "I love you so much big brother I hope you heard me talking to you at your bedside you are with me and I can feel it I love you I love you I love you watch over me and your nieces shit wasn't suppose to go like this I talked to 6 hours before all this started."

He continued, "You we're best friend and I never in a million years thought I'd be writing this for my ACE I was there through every step we all love you no matter what and we'll all stay strong for you , New Years didn't have to start like this and you just told me you HAD to see me for New Years but I'm blessed I got to talk to you last night you will forever be my best friend nobody will ever take your place." 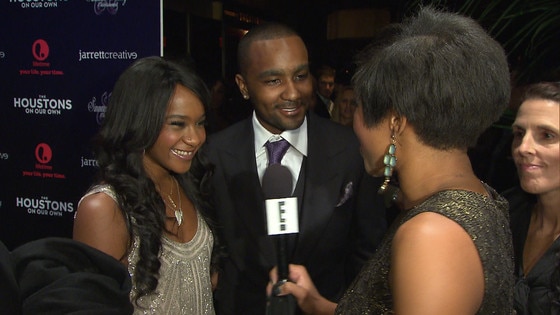 Beginning in 2012, Gordon made headlines for his relationship with Brown, who had once called him a "big brudder," particularly since he lived with Brown and her famous mom after the singer took him in.

Just over a month after announcing their engagement, Gordon denied they were dating or engaged. Then, in January 2014, Brown and a rep claimed they were married. However, Bobby Brown's attorney later said Bobbi and Nick had never wed.

In January 2015, Bobbi was hospitalized after being found unresponsive in a bathtub and died that July at 22 years old. The following year, Gordon was found legally responsible for her death in a default judgment after failing to appear in court for a lawsuit filed against him by Brown's estate. He was subsequently ordered to pay more than $36 million to her family. He denied any wrongdoing in her death and was never criminally charged in the case.

In more recent years, Gordon was back in the headlines for several arrests, though charges were later dropped.

The Daily Mail was first to report the news of Gordon's death.