If three's a crowd, then social media influencer Violet Benson isn't down for a party of four.

After Violet, who runs the popular Instagram account "Daddy Issues," revealed she and Tyler Cameron happened to spend time together in between his respective dates with Bachelorette ex Hannah Brown and Gigi Hadid, she decided to clarify what really went down on their date.

"Love when things get taken out of context and quote things you never said!" the 30-year-old wrote on Instagram Stories. "Glad Tyler and I got to have lunch, AS FRIENDS. He's a great dude, nice friend and I wish him the best!!"

So how did things get so blown out of proportion? According to Violet, who first spilled the proverbial tea on SiriusXM's Sex With Emily and then on her own podcast, Too Tired to Be Crazy, they met after she tagged Tyler in an Instagram Story. The two exchanged DMs, where they learned they are both fans of each other, and then decided to hang out in L.A.

"We made plans and then he was like, 'I have this dinner thing that I have to go to, but how about we get lunch?'" she recalled.

They grabbed food at Joan's On Third and chatted about his Bachelorette experience and, of course, Hannah. Afterwards, they took a walk, grabbed coffee then went to the gas station. And yes, he pumped gas for her!

"That is the most respectful man I have ever met in my life," Violet said. "No guy has ever offered to pump my gas ever. And then I sucked his d--k. I'm kidding. I didn't do that. It was the most gentleman thing ever...I was like, 'Damn, any girl that ends up with this guy is going to be the luckiest.'"

Here's where things get sticky: The following day, news surfaced that Tyler had spent the night at Hannah's place, meaning his nighttime "dinner thing" was a date with Hannah he didn't cop to. 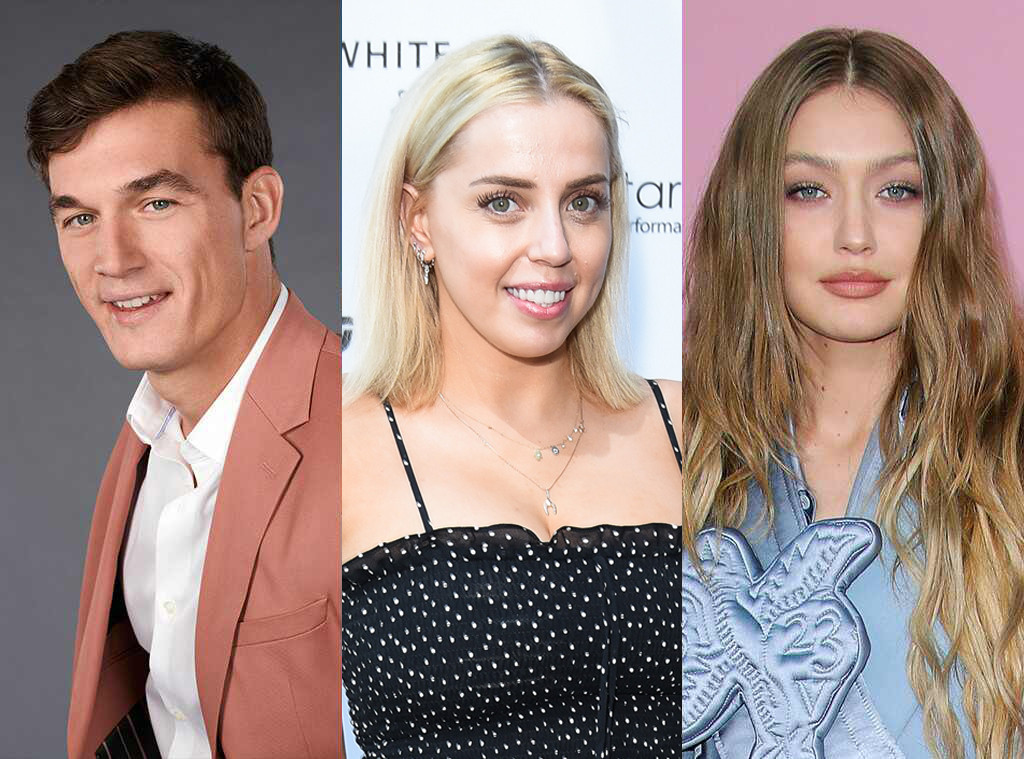 She then confronted Tyler via text over the "uncomfortable" moment, but then—as fans will recall—the 26-year-old model flew to New York City for some alone time with Gigi. After realizing Tyler and the A-list supermodel were obviously an item, Violet said she "overreacted" to the apparent diss. As she described on SiriusXM, "I think Tyler was being polite when he hung out with Hannah, and I think it was still nice to see his ex."

"Clearly," she continued, "Tyler is trying to shoot his shot with people that he's a fan of that he could now get a chance to hang out with."

Days later, Tyler texted Violet back and the pair cleared things up. 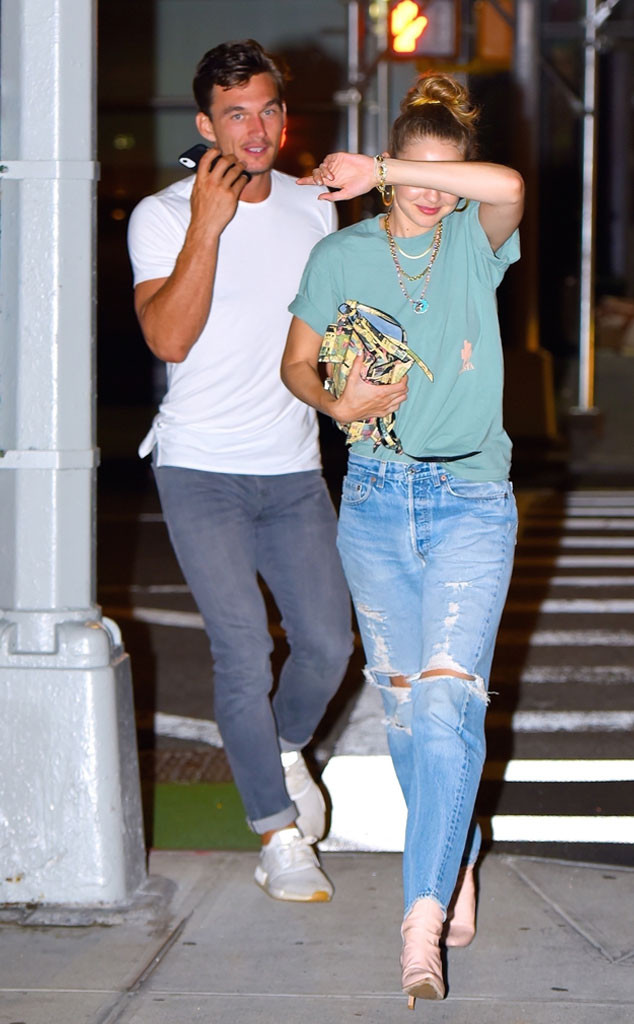 And just as Violet is side-stepping out of the narrative involving Gigi and Tyler, things between the duo are certainly heating up.

"Tyler likes Gigi and definitely wants to keep seeing her," an insider recently told E! News. "He wasn't sure if it would turn into something but they are having a lot of fun and don't want it to end, that's for sure. They are seeing each other a lot and texting all day long. He's excited about her."

Gigi is keen on taking things a bit slower, with our source adding, "They are both very into each other but Gigi has been really hesitant about getting serious with him. She feels she just ended a long-term relationship and wants to strictly have fun right now."