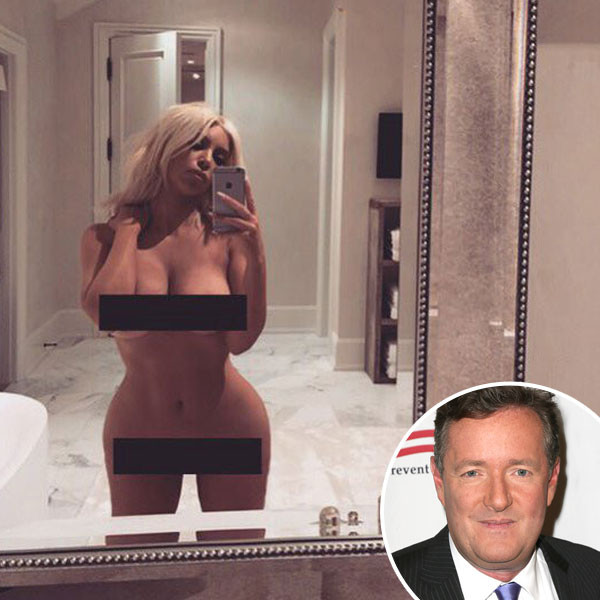 Piers Morgan once defended Kim Kardashian, but he has since changed his tune.

When Kim debuted her derriere on the cover of Paper magazine, breaking the Internet for the first time, Piers came to her aid after many slammed the reality TV star for putting her naked body in display in such a manner. "Kim doesn't take drugs, get drunk, fall out of clubs, cheat on her man, or do any of the other insanely louche things that stars with far greater ‘talent' often do," he wrote at the time.

"She's good to her fans, and is by all accounts a good, loving daughter, sister, wife and now mom herself."

But in a new column for the Daily Mail reacting to Kim's naked selfie she posted on Instagram this week, the British journalist took a different stance. While acknowledging that he did defend her at one time, Morgan wrote that she has gone too far this time, calling the picture "depressing."

"She still looks fantastic, and of course has every right to post as many naked pictures as she likes. It's her body, her life," he wrote, "but it's hard to escape the creeping suspicion that this new frenzied and frankly rather desperate attempt to 'break the internet' is happening because other younger members of her family have been grabbing all the scantily-clad attention recently, notably half-sister 20-year-old Kendall 'Instagram Queen' Jenner." 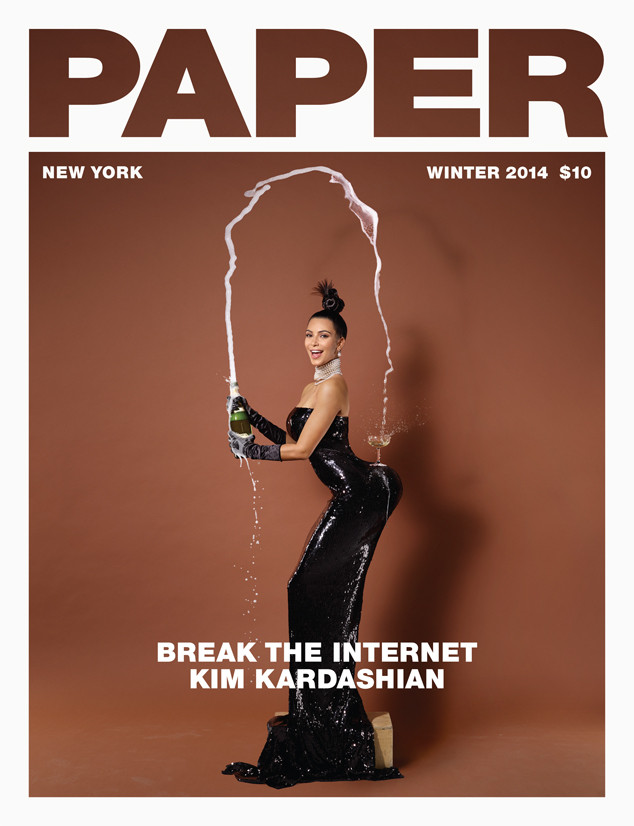 Morgan's column comes after his tweet that read, "I know the old man's $50 million in debt, Kim - but this is absurd. Want me to buy you some clothes?"

His comment was one of a few celebrities' who called out the E! star for her picture, including Chloe Grace Moretz and Bette Midler. Kim responded to each star's criticism, firing back with personal digs.

"Let's all welcome @ChloeGMoretz to twitter," Kim posted, "since no one knows who she is. Your nylon cover is cute boo."

But after she was done defending herself, she tweeted one more naked picture to let everyone know she wouldn't back down and captioned it, "#liberated."

Morgan, however, didn't agree with her statement. "I'm not so sure any of this is very liberating," he added.

Kim usually has a very personable presence on Twitter, which made Morgan wonder whether it was actually Kanye West taking over for the Keeping Up With the Kardashians star. "The tone and wording of the tweets led me to suspect Mr. West may have seized her phone, a fear exacerbated by another chest-beating exclamation which read, 'Sorry I'm late to the party guys, I was busy cashing my 80 million video game check & transferring 53 million into our joint account.'"

There has been no proof that it was, in fact, Kanye, so Morgan continued to go along with the premise that it was actually she. Morgan made it clear that he thinks Kim, who has appeared naked on more than one occasion, should start to stand down.

"Every supermodel, movie and pop sex symbol (with the exception of the increasingly grotesque and embarrassing Madonna) knows there comes a time when you have to hand the baton onto the next generation, however reluctantly," he noted. "Nobody is a better illustration of this than Cindy Crawford, who still commands huge attention as a model but has moved to a less-flesh business model with great style, dignity and commercial benefit."

He continued, "It's not so easy perhaps when your brand is so indelibly linked to your own nudity, but it's essential if you don't want to fall into the trap of becoming an ageing parody. That moment of truth has arrived for Kim Kardashian."

Morgan ended his column by stating that he thinks Kim could be a powerful inspiration for women, even covered up.

"She can surely be a far more powerful role model to them, and indeed to her own daughter North [West], by now proving she can be just as successful in other less prurient ways?" he wrote.

"The time has come for Kim to consider the unthinkable and actually start putting her clothes back on."