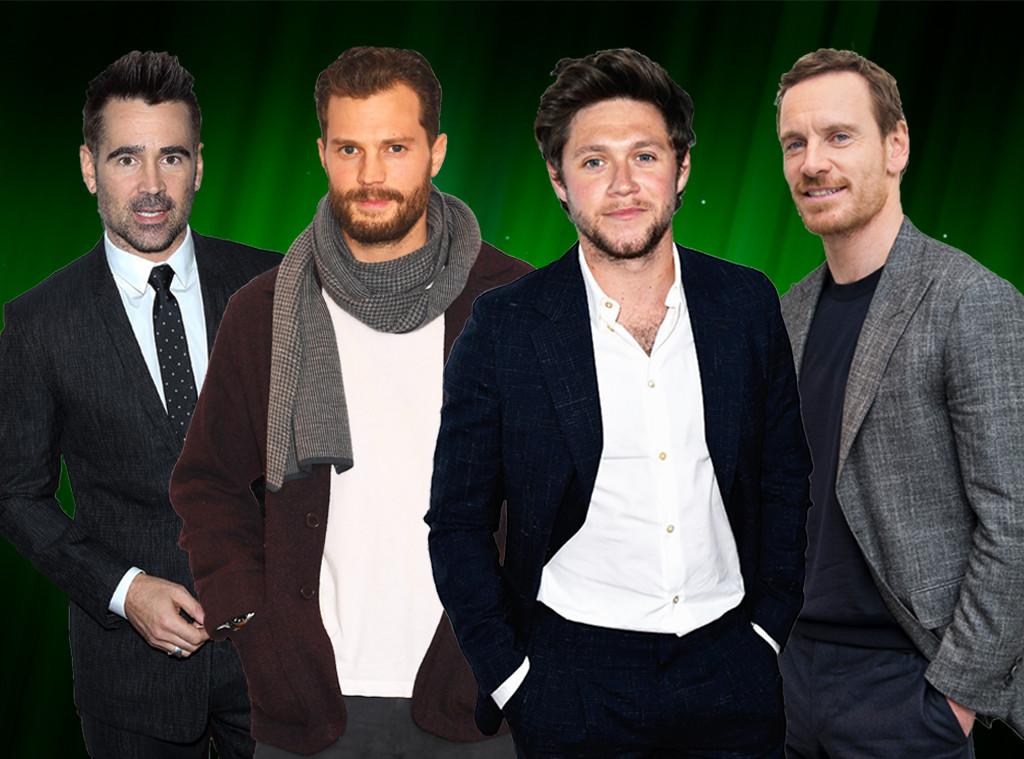 It's St. Patrick's Day and we all have a lot to be feeling lucky about thanks to some of the hottest men who've hailed from the Emerald Isle.

From their accents to their devilish good looks, these Irish men always light up any TV show or movie that they find themselves in.

While you prepare to celebrate the holiday in your best green ensemble—and so you don't get pinched—grab some Irish whiskey, a green beer and your lucky charm while you feast your eyes on our favorite celebrities who have hailed from Ireland.

Over the years, Hollywood has been infiltrated by men from across the pond and we're not mad about it.

Actors like Liam Neeson and bad boy Colin Farrell for example are exports of the lush and gorgeous land.

Who else do we have Ireland to thank for bringing into our lives? The super sexy Christian Grey AKA Jamie Dornan, that's who!

You've also got alums from Game of Thrones and Harry Potter, with Liam Cunningham and Domhnall Gleeson on our list. 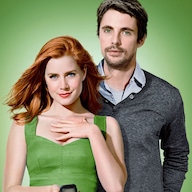 Feeling Lucky? Which Festive Film Are You Watching This St. Patrick's Day?

Check out the men below to make this your best St. Patrick's Day ever. 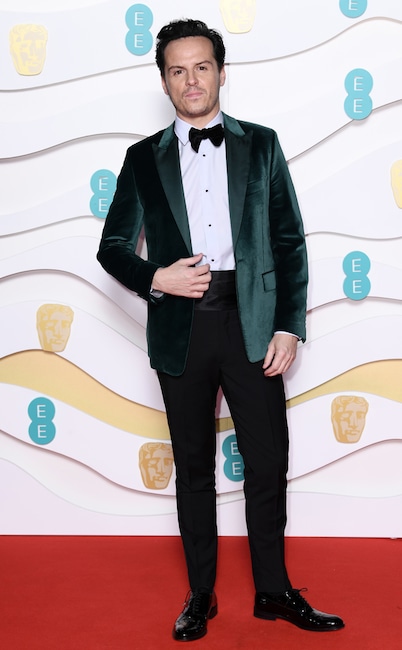 Kneel for this Irish king! Andrew Scott may be most recently known for playing the hot priest in the second season of Fleabag but to many of you, he'll always be the villainous Jim Moriarty from Sherlock. 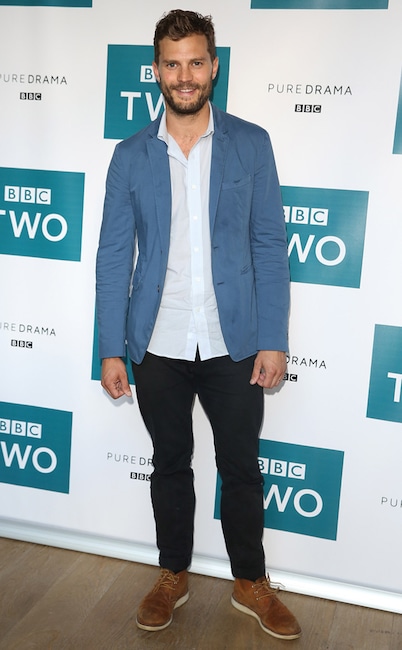 Oh hello, Mr. Grey! The Fifty Shades of Grey star hails from Northern Ireland and has been making us swoon since 2006 when he starred in his first film Marie Antionette. Since then the handsome fella has become a sex symbol thanks to playing Christian Grey in the Fifty Shades franchise. 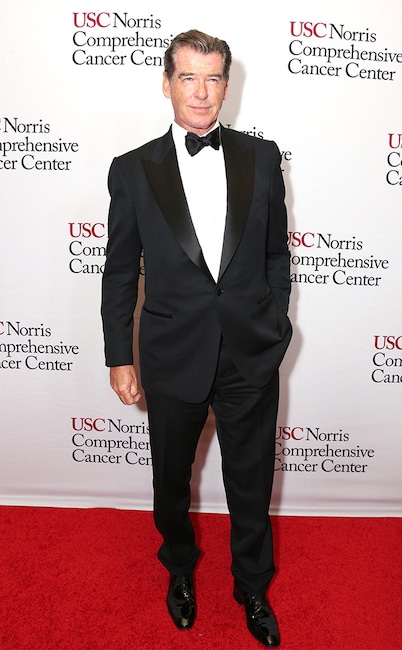 Brosnan, Pierce Brosnan! The silver fox might've grown up in England, but he was born and spent a few years in Ireland, so both countries happily have claim to the James Bond actor. No matter how old Brosnan gets he proves that he is still a major piece of eye candy and we're very happy to watch him in any film...even when he sings in Mamma Mia!. 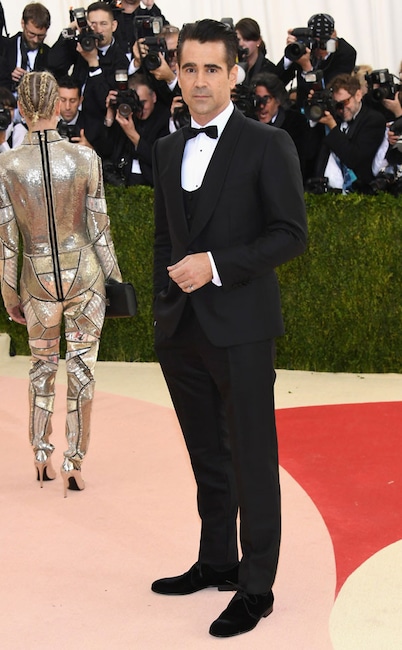 Colin Farrell is the Irish bad boy we all know and love. He is one of the biggest successes to come out of the Emerald Isle starring in films like, Minority Report, S.W.A.T., Crazy Heart and soon in the upcoming film, Artemis Fowl. 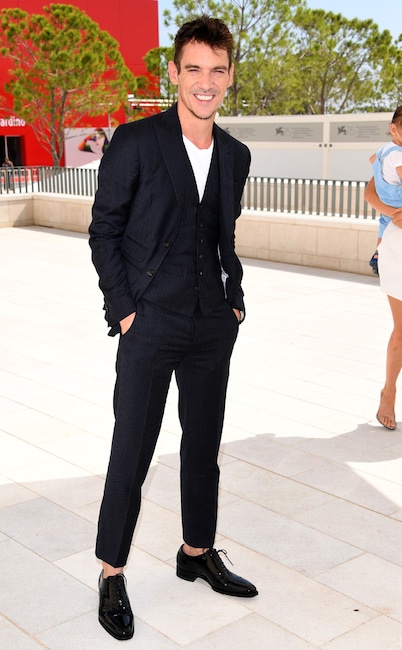 Jonathan Rhys Meyers is tall, dark and handsome and we love him so. He's been King Henry VIII on The Tudors, the sexy vampire Dracula on Dracula and most recently appeared on Vikings. 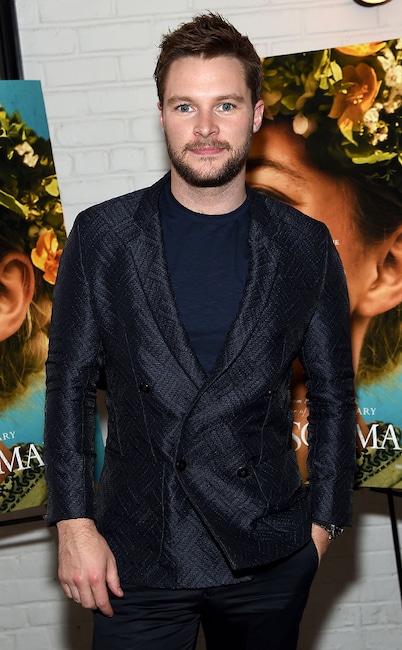 Sure, he portrayed the world's worst boyfriend in Midsommar, but IRL any girl would be lucky for Transformers: Age of Extinction's Jack Reynor to be waiting for them at the end of a rainbow. 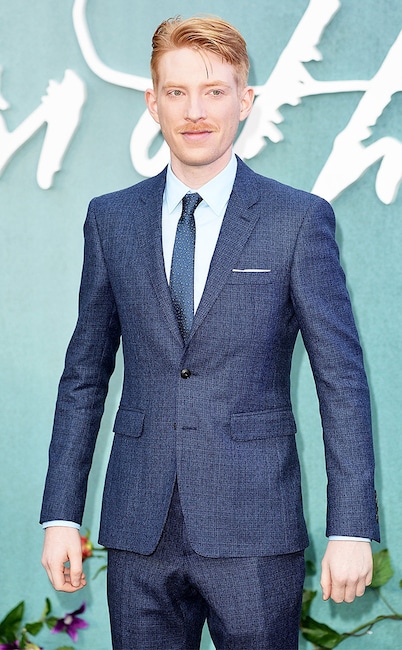 Come on, we had to have at least one hot redhead on this list! Domhnall Gleeson gives redheads and Irishmen everywhere a good name with his success as an actor starring in About Time, Anna Karenina, Peter Rabbit, oh and playing Bill Weasley in the Harry Potter series.

You also may have switched to the dark side for him after seeing his role in Star Wars: The Rise of Skywalker. 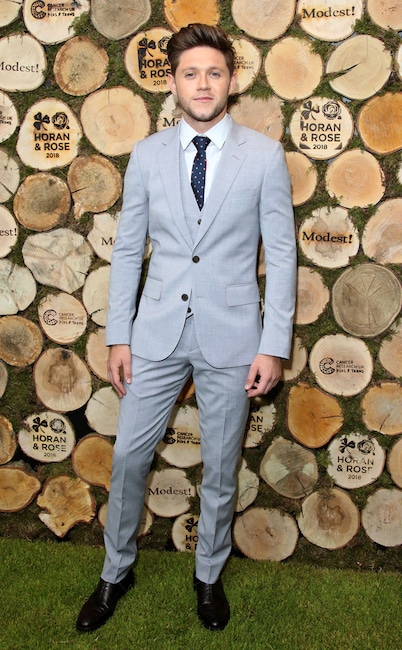 Niall Horan rose to fame as a part of the almost all British boy band One Direction, but even then he was a standout with his blonde hair and Irish roots. His accent is sexy, his voice is amazing and his style is on point. Now, the artist has gone solo, and just released his latest album Heartbreak Weather this past weekend. 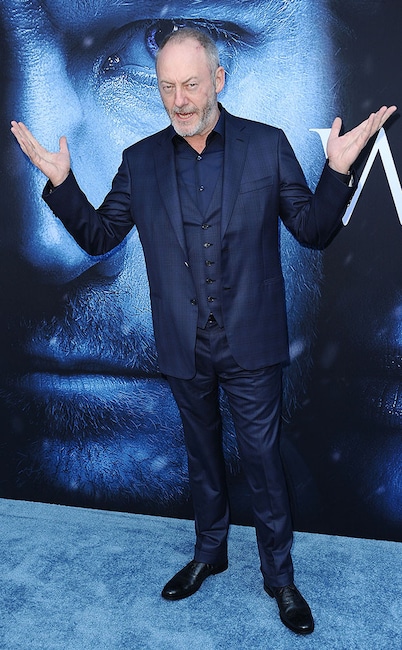 The North remembers Liam Cunningham's amazing performance as Ser Davos Seaworth in the iconic show Game of Thrones. If you miss seeing the actor on your screen, have no fear, as he will be starring in the upcoming Masters of the Universe: Revelation series. 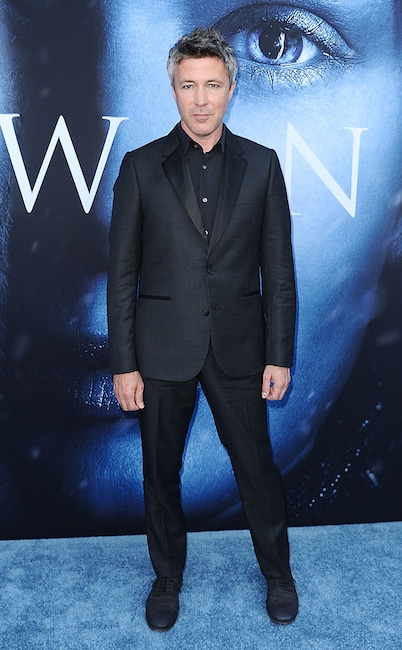 There were a lot of hot British men that starred on Game of Thrones, but Aidan Gillen was a standout Irishman that couldn't be ignored. The seasoned actor has also been seen in The Dark Knight Rises, Maze Runner: The Scorch Trials and Bohemian Rhapsody. 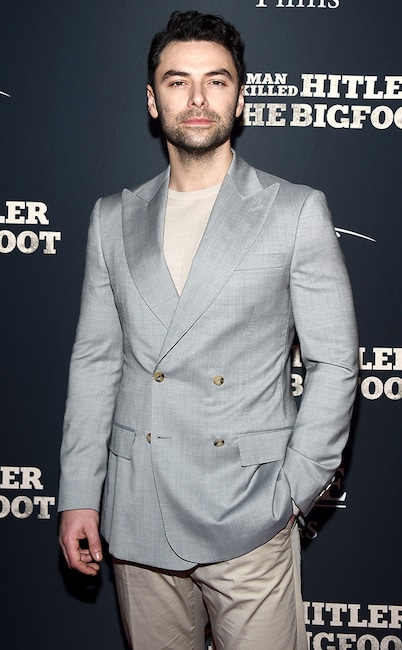 Orlando Bloom might be our favorite Englishman from The Hobbit franchise, but Aidan Turner has won the spot of best Irishman in the franchise. As Kili, he made fans of the fantasy series smile every time he came on screen and proved that even dwarves can be hot. 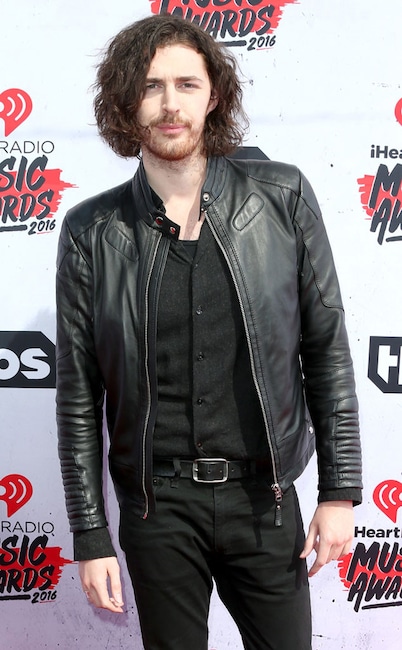 The "Take Me to Church" singer is a total rock star and dressed in all black he scream Irish bad boy, which is OK with us. 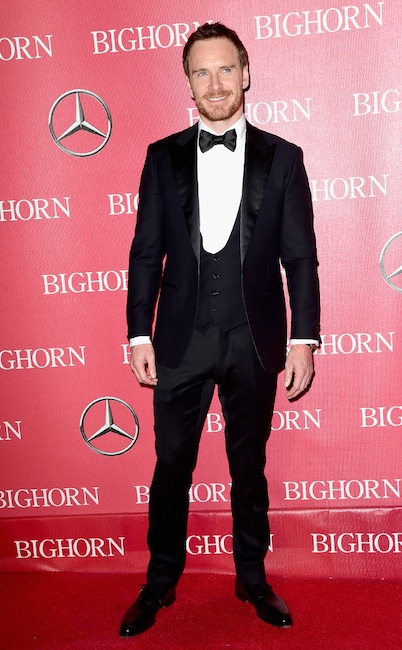 Michael Fassbender is an German-Irish star, born in Germany raised in Ireland, and boy is he a star. The red-haired performer is known for his roles on the Band of Brothers, playing the titular role in Steve Jobs and playing Erik Lensherr in the X-Men franchise. 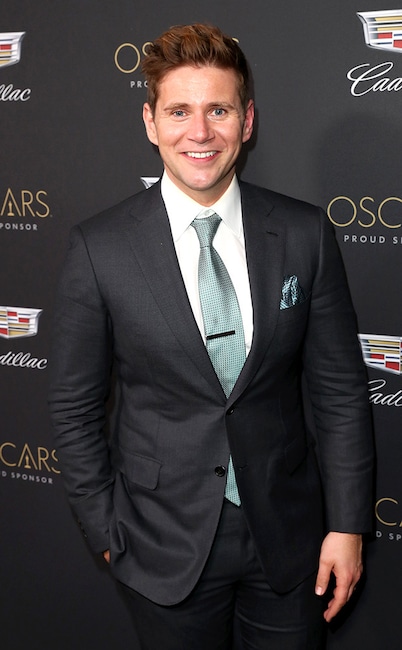 He might be a movie star with roles in Bohemian Rhapsody and The Imitation Game, but to us this Irish lad will always be Tom Branson, driver turned family member on Downton Abbey. 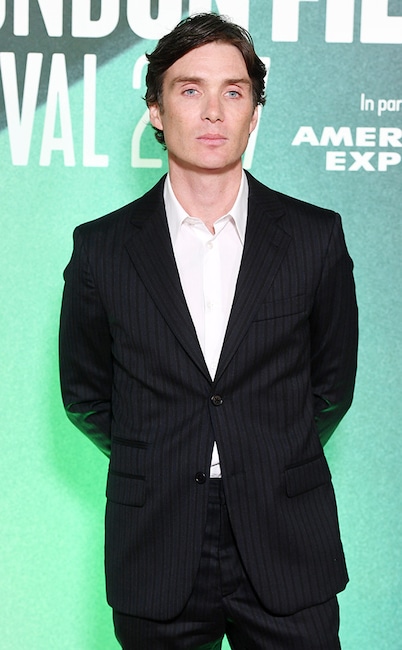 The Irish musician turned actor has striking features and an even more memorable appearance on screen. You've probably seen him in 28 Days Later..., in one of the Batman Begins films as Dr. Jonathan Crane/The Scarecrow or as Thomas Shelby on the hit series Peaky Blinders. 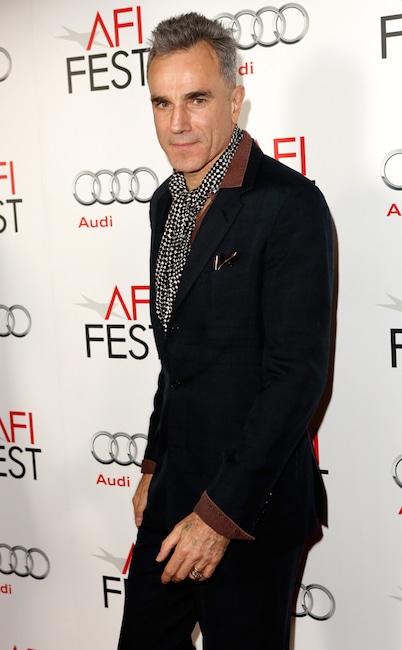 OK, so Daniel Day-Lewis is technically British, but he does hold duel citizenship in both England and Ireland so he counts. He currently resides in Ireland as well, making him a national treasure in both countries. Not only is he a well-known theater star, but he's an Oscar-winning actor, which makes him even more attractive. 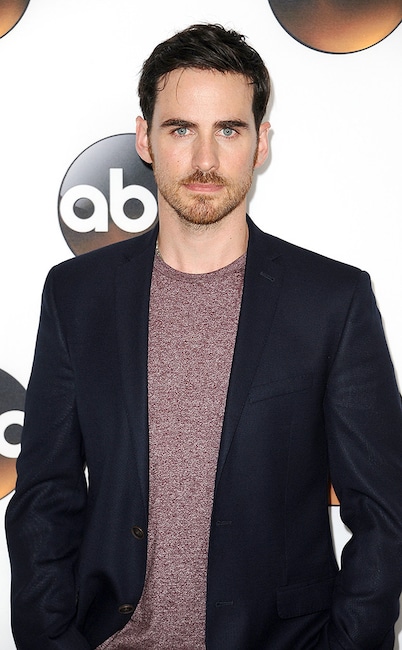 To us he will always be Captain Hook from Once Upon a Time, but Colin O'Donoghue is also one serious Irish dreamboat. 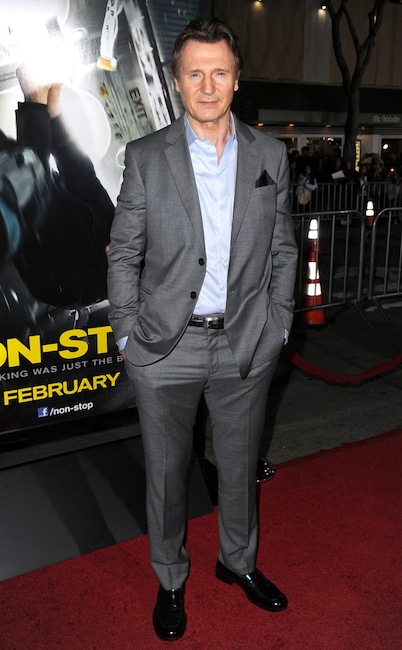 Liam Neeson is a total badass on screen, especially with his role in Taken, so we're not that surprised that he's also an Irishman. His accent, fierceness and ability to play a sensitive character as well in his role in Love Actually make him one of the greatest actors to come from the Emerald Isle. If you didn't catch him last year in Men in Black: International, then we also know what movie you should be watching this week! 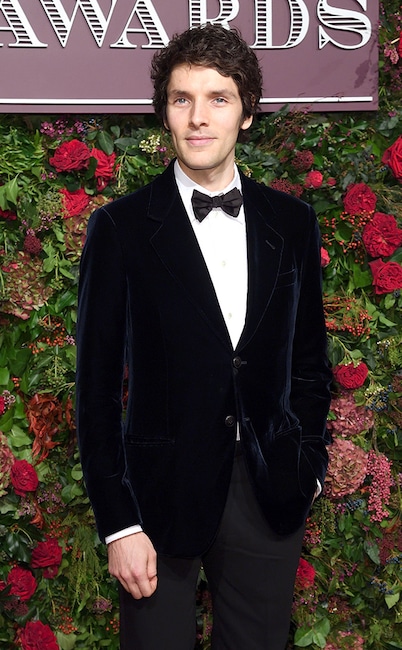 The 33-year-old actor brought magic to the screen beginning with his role on the BBC fantasy series Merlin, and since then he's become a TV staple with gigs on The Fall and Humans. Oh, and he's pretty easy on the eyes as well. 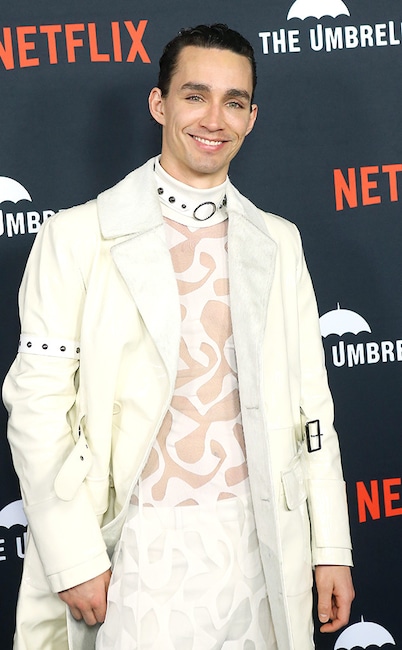 The edgy actor looks good with his curls and with a shaved head, which makes him even easier to love. Starting on the Misfits and continuing through to his current role on The Umbrella Academy, Robert Sheehan's made it clear that he can act as well. 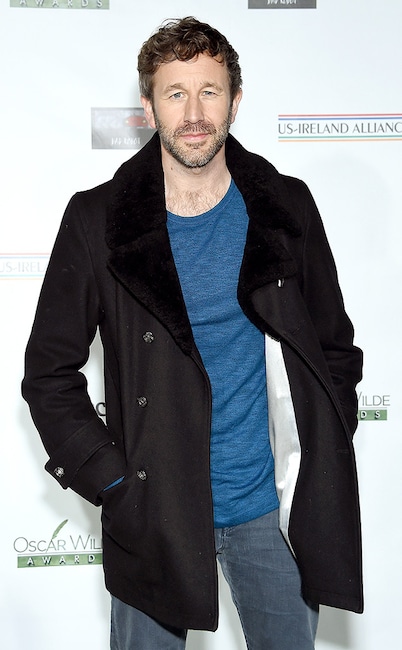 Funny guy Chris O'Dowd is one of our favorite men from Ireland. We first fell in love with him in Bridesmaids and later in This Is 40 and Get Shorty. He also can add an Emmy to his list of achievements, as the actor nabbed one in 2019's ceremony for his role on State of the Union. 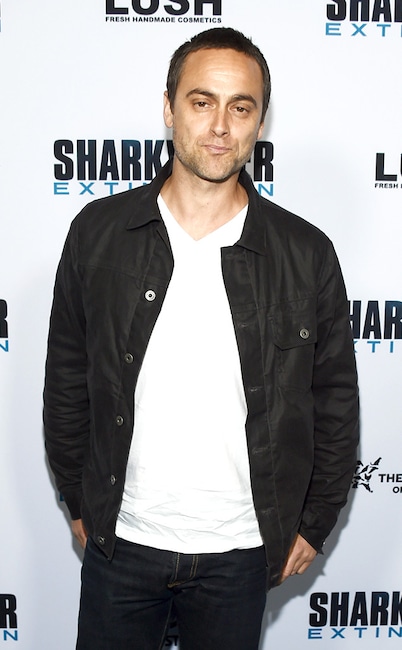 The Dublin, Ireland native has been in the limelight a lot thanks to his past relationship with Charlize Theron, but his acting skills is what's kept him there...and his good looks. He's best known for The League of Extraordinary Gentleman and a recurring role on Salem. 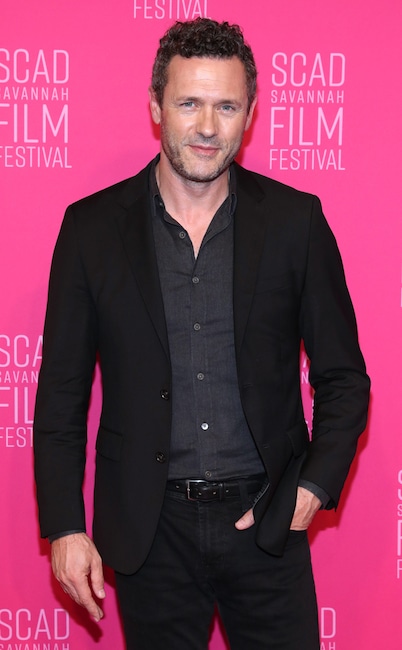 We're green with envy over anyone who gets to work with the smoldering Jason O'Mara, who has been a mainstay on our TVs since Terra Nova. After additional roles, like his previous part on Agents of S.H.I.E.L.D. and his current portrayal on The Man in the High Castle, O'Mara will be playing Zeus in the upcoming series Gods & Heroes.