2019 Golden Globes TV Snubs and Surprises: This Is Us, Atlanta and More Nomination Shockers

If there's one thing certain in life besides death and taxes it's this: The Hollywood Foreign Press Association is going to nominate some surprising folks for Golden Globes. That happened yet again on Thursday, Dec. 6 when the 2019 Golden Globe nominees were announced by Christian Slater, Leslie Mann, Terry Crews and Danai Gurira.

While there were some happy surprises—all the love for NBC's The Good Place—there were also predictable (and justified) nominees—The Marvelous Mrs. Maisel—and some surprising snubs (Maya Rudolph! Hello?!). Read on for our full take on the year's TV nominees and get the lowdown on the film snubs and surprises right here.

SURPRISE: Connie Britton
We love Connie Britton, and her glorious hair, in just about everything, we just weren't expecting Bravo's Dirty John from Universal Cable Productions to be on the radar of the HFPA. 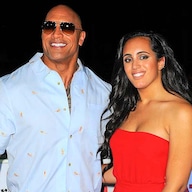 Golden Globe Ambassadors Through the Years

SNUB: Emma Stone
Emma Stone didn't get a nod for her work in Netflix's Maniac. The HFPA tends to love movie stars coming to TV.

SNUB: Forever
Amazon's twisty drama from veterans of Parks and Recreation, 30 Rock and Master of None received rave reviews, but in a crowded TV landscape it failed to capture the attention of the Golden Globes, which is really a shame because… 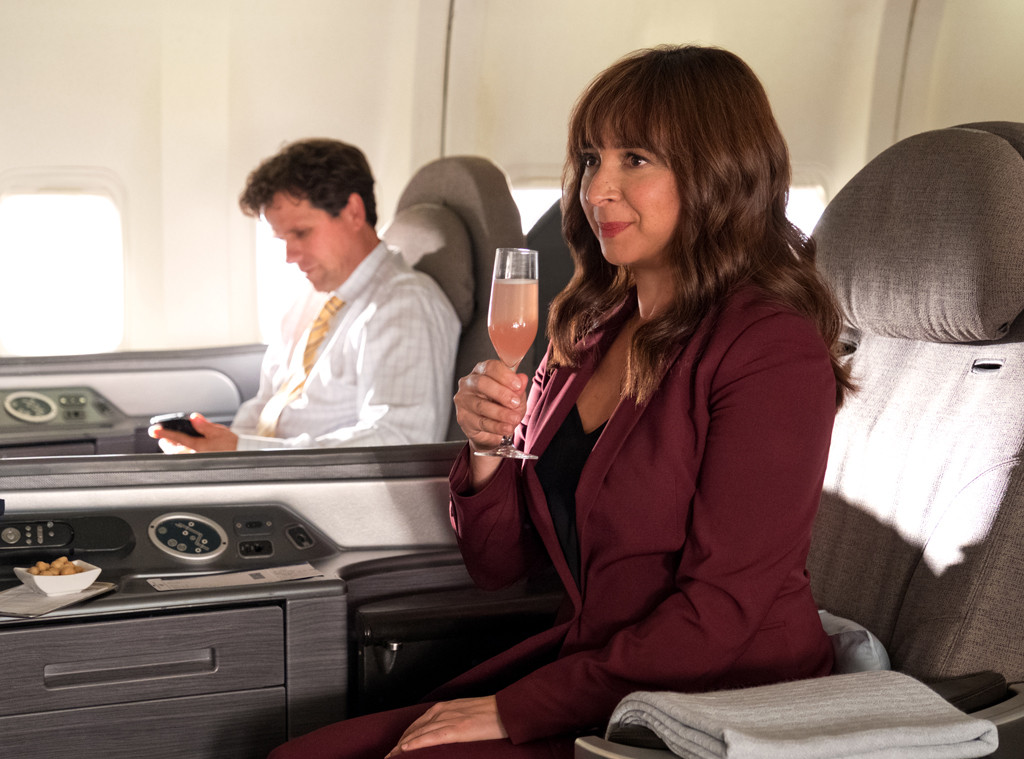 SNUB: Maya Rudolph
Maya Rudolph is doing some of the best work of her career in Forever opposite Fred Armisen. The first season of Forever was clearly her season. Do yourself a favor and give it a watch if you haven't yet.

SURPRISE: The Kominsky Method
On paper, this sounds exactly like a show that would be the Golden Globes' jam. It hails from Chuck Lorre and stars Alan Arkin and Michael Douglas, all of whom got nominations. It just failed to make a dent in the public's collective consciousness, again, because of a crowded landscape. 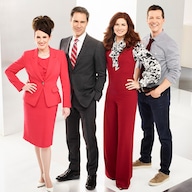 SURPRISE: The Alienist
TBH, we forgot this was a show. Our bad. Sorry Daniel Brühl.

SNUB: Issa Rae
Insecure was SO good this season. The Golden Globes usually love to nominate those who are writers, creators and actors. Whatever, we still ove you, Issa.

SURPRISE: Debra Messing
The only nomination for Will & Grace, which continues to be great, is Debra Messing. She did turn in a tremendous performance in the fifth episode of the season, "Grace's Secret," where she revealed past sexual assault.

SNUB: Jodie Comer
Sandra Oh and Killing Eve were both nominated, which we're thrilled about, but Jodie Comer, Oh's costar, more than held her own against the Emmy nominee.

SURPRISE: Billy Porter
Pose is one of the best shows of the year, so we were confident it'd be nominated (it was), but what a pleasant surprise to hear Billy Porter's name called for Lead Actor in a Drama Series.

SNUB: Ted Danson
We're all for Kristen Bell's nomination for Lead Actress in a Comedy for The Good Place, and the show's nomination in Outstanding Comedy Series, but what about Ted?! He got an Emmy nomination…

SNUB: Atlanta
Donald Glover rightfully got nominated, but not his FX series?! What?! Will Teddy Perkins make an appearance at the Golden Globes? 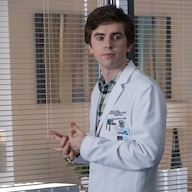 SURPRISE: Caitriona Balfe
We were ready to put this down as a snub, but yes! The Outlander star continues to do amazing work in the show, now in its fourth season.

SNUB: This Is Us
NBC's fan-favorite drama was shut out of every category. No Sterling K. Brown. No Milo Ventimiglia. And still no Mandy Moore (we will die on this cross). SNUB: The Handmaid's Tale
Elisabeth Moss and Yvonne Strahvoski were both nominated for their work in the show—and were both great in season two—but the show, which won last year, was shut out of the Drama Series category.

SNUB: Betty Gilpin
Season two of GLOW was all about Betty Gilpin's Debbie and she KILLED it. Why no love? There's always next year…

SURPRISE: The Americans
Keri Russell and Matthew Rhys were locks for nominations for the final season of the FX show, but we didn't think the show itself would pick up a nom.

SURPRISE: Sacha Baron Cohen
The Who Is America? star clearly left an impression on the HFPA. Who would've thought?

SURPRISE: Kiernan Culkin
Succession was one of the sleeper hits of the year, and Kiernan Culkin picked up the only nomination for the series that won over viewers and critics.