To the delight of Swifties everywhere, the superstar singer's new documentary, Taylor Swift: Miss Americana, has officially dropped on Netflix. The doc, which clocks in at around one and a half hours, gives fans an intimate look at Swift's life as she tries to navigate fame, family life, and the haters that just seem to want to keep hating. Much of the film, from director Lana Wilson, focuses on the power of Swift's voice, and not only when it comes to singing. In addition to the impact Swift has on a stage, the 30-year-old has a great influence on her ever-growing number of fans online. That is why, as Swift discusses in the documentary, she decided to take stand and speak out for what she believes in.

For much of Swift's career, she shied away from sharing her political views. Early on, she was praised for it, but in recent years, critics began to wonder why she wasn't speaking up and speaking out about politics. So, in the documentary, Swift can be seen working up the courage to break her political silence and press "send" on an Instagram post ahead of the 2018 midterm elections.

"I wanna do this," Swift says in the doc. "I need to be on the right side of history." In addition to talks of politics, Swift also addresses her past struggles with an eating disorder and the idea of love and starting a family. TBH, this film made us laugh, cry and truly feel all the feels. There's a sweet moment with Swift's boyfriend Joe Alwyn that will really warm your heart!

So, when you're ready for it, take a look at the list below to see all of the important moments you might've missed in Miss Americana! As T.Swift was playing her piano in the opening of the doc, her cat Benjamin could be seen on the piano keys. Swift was introduced to her third and youngest cat on the set of the "ME!" music video. Early on in the doc, we see Swift waiting for a call about Grammy nominations. This took place in 2018, during her reputation era. When Swift learns the album is not nominated in any of the "main" categories, she responds by saying she's going to make a "better record." The album did receive a nod for Best Pop Vocal Album at the Grammys. 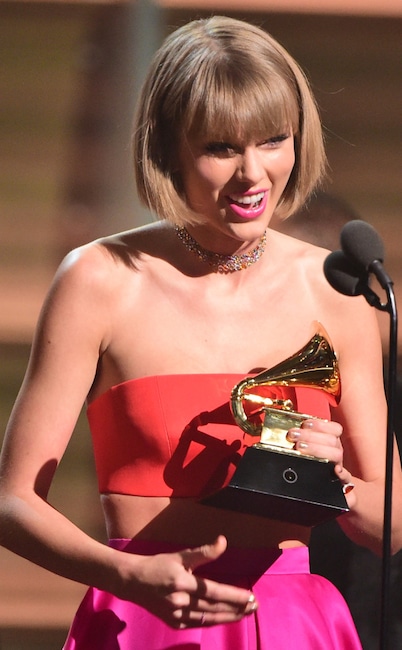 At the 2016 Grammys, Swift won the coveted Album of the Year award for her beloved album, 1989. At the time, Swift was the only female solo artist to win the top award twice, she's currently tied with Adele. Looking back on this moment in the doc, Swift said it was all she ever wanted, but she didn't have anyone to share that special moment with. During this time period, Swift was in a relationship with Calvin Harris.

"I had my mom, but I just wondered, shouldn't I have someone that I could call right now?" Swift said. While in the studio, Swift orders burritos and reveals she'd never tried them until "two years ago." Fun fact: Swift puts chips in her burrito for crunch!

We love a Joe Alwyn sighting! The actor can be seen sharing an embrace with Swift after she exits the stage during her Reputation Tour. In the doc, Swift talks about getting older. At this point in the doc, she's about to turn 29.

Swift can later be heard telling viewers about her time out of the spotlight after 2016. "I was also falling in love with someone who had a really wonderfully normal, balanced, grounded life," Swift shared.

Swift's seat on her plane has the number 13, her favorite number, on it! 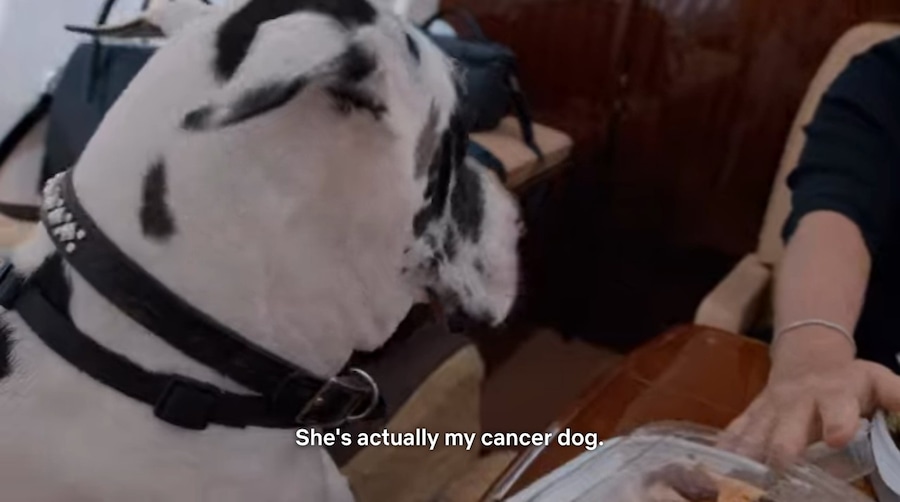 Swift's mom, Andrea Swift, talks to the camera about her heartbreaking cancer diagnosis. She says that her dog, Kitty, is her "cancer dog." Andrea had always wanted to get a "really big" dog and decided to do it after her diagnosis. 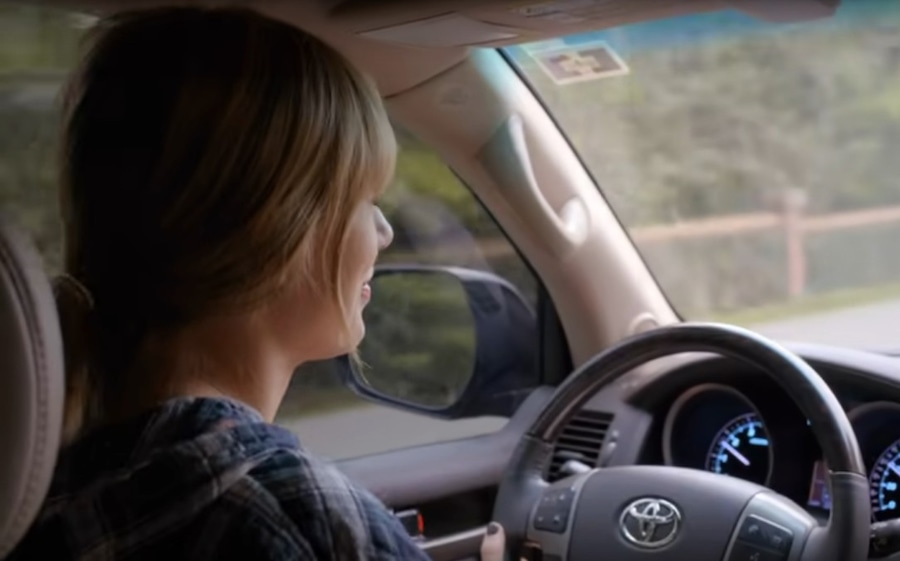 Swift can be seen driving her Toyota in the doc. 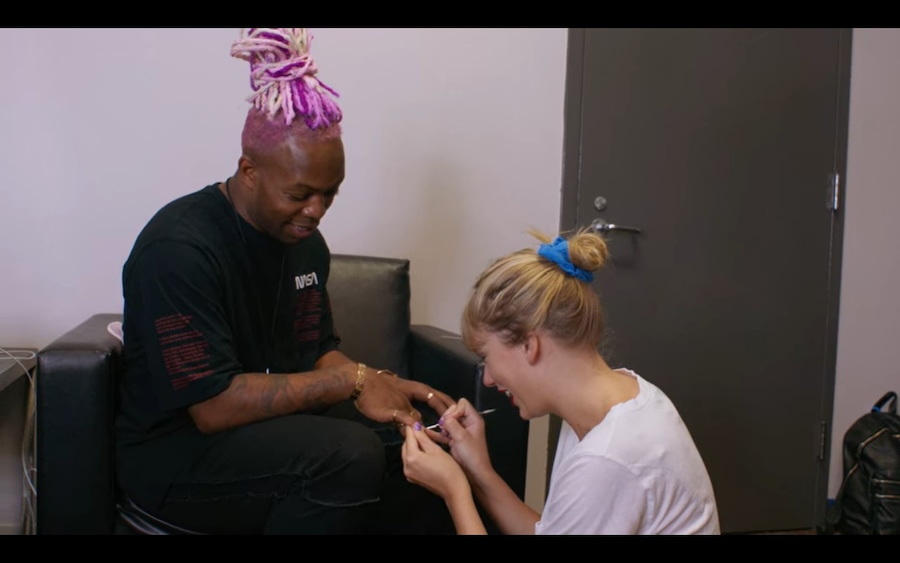 In the doc, Swift can be seen painting pal Todrick's nails. In the moment, Swift explains she learned to do her own manicures after realizing she couldn't go out in public. 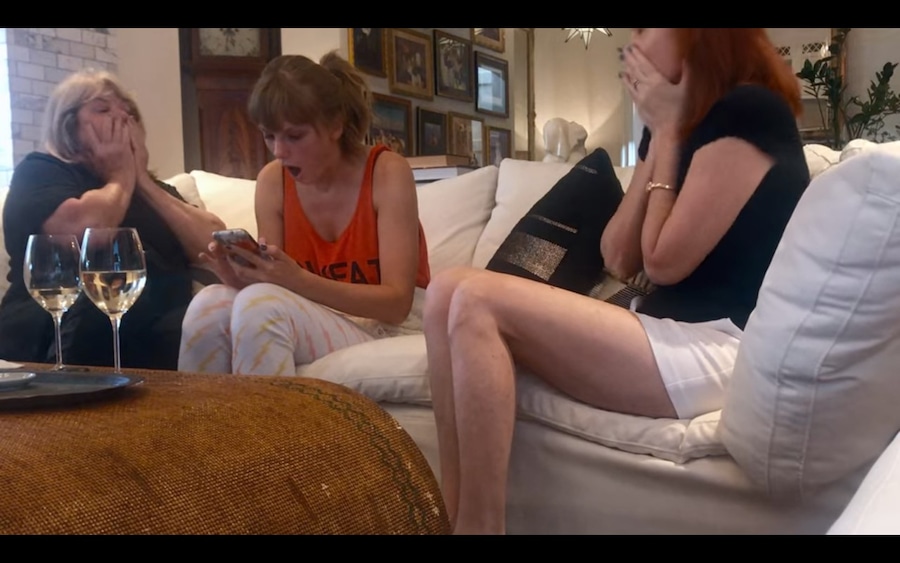 This was Swift's reaction after breaking her political silence. While some of Swift's team did not want her to speak out, she decided she wanted to take a stand, sharing her thoughts on the midterm elections in a powerful Instagram post. When the midterms didn't turn out the way Swift had hoped she penned the song, "Only the Young." The song, out now, is to help inspire voters to keep fighting for what they believe in. 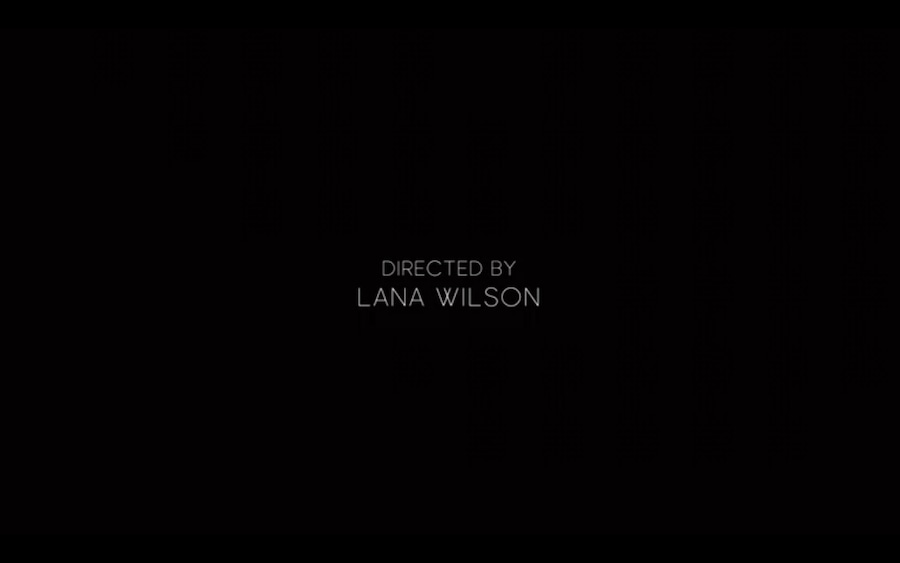 Taylor Swift: Miss Americana is streaming now on Netflix and can also be seen in select theaters.

Listen to "Only the Young" above.