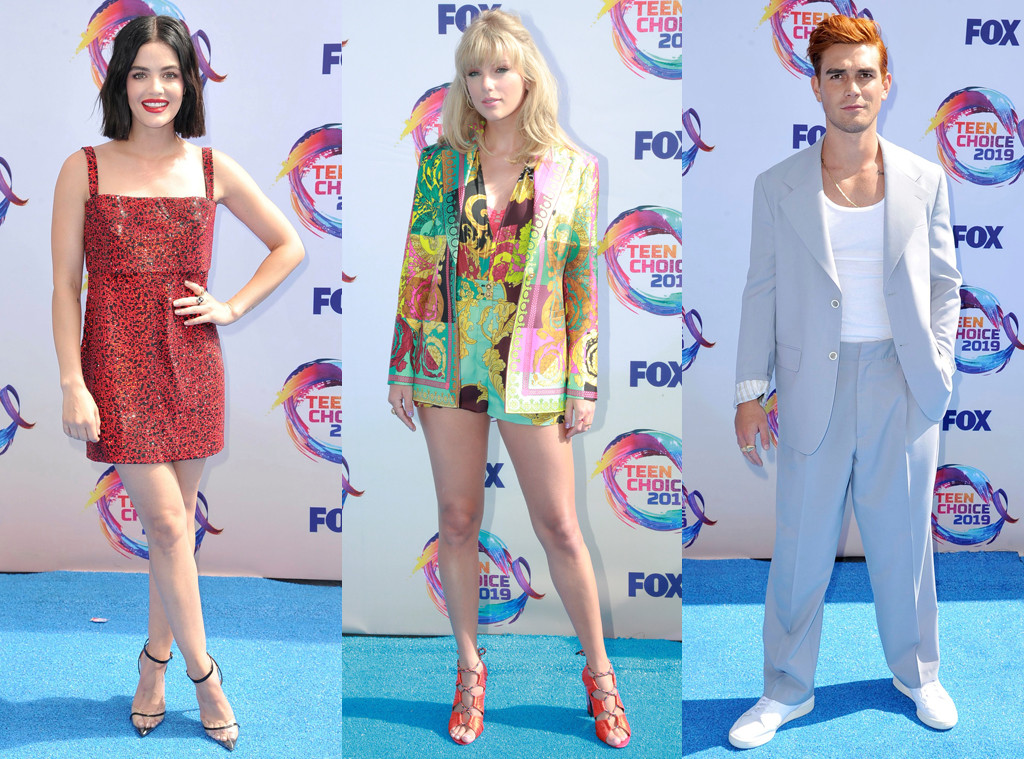 Another award show, another weekend of red carpet looks!

Yesterday, the 2019 Teen Choice Awards celebrated the best of film, television, music, social media and more according to the teens. The show, which was hosted by David Dobrik and Lucy Hale, also awarded its first ever Icon Award to Taylor Swift for her positive impact as an artist and gave the Decade Award to the Jonas Brothers for the band's evolution over the past 10 years.

Riverdale, Avengers: Endgame and Shawn Mendes were just some of the category winners of the night, but you can still weigh in on which star won when it came to the fashion!

The celebs took to the blue carpet to show off their more casual but fierce style. Some of our favorites included Swift, who stunned in a multi-print Versace number on the carpet before accepting her Icon Award.

Hale may have hosted the award show but she also demanded attention on the carpet, too, wearing a red-hot Jean Paul Haultier dress with transparent heels.

Dancer and model Maddie Ziegler's must have gotten the memo about the carpet's hue as her outfit matched perfectly when she showed up rocking a baby blue vintage Chanel suit from What Goes Around Comes Around.

Brittany Snow also turned heads in a halter dress that had a train featuring polka dots and floral prints. Meanwhile, Zendaya's sunshine-yellow top and green shorts had us euphoric over her summertime look. 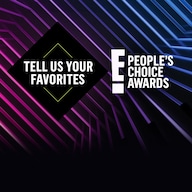 It wasn't just the ladies who brought their A-game to the carpet. Asher Angel sported a fun, printed button up with white pants and KJ Apa's lavender suit set brought a laid-back vibe to the event.

Rounding out our list of favorites was Modern Family actress Sarah Hyland. The star wore a flirty two-piece with all eyes on her stunning engagement ring from fiancé Wells Adams.

Which star's fashion do you think ruled the night? Sound off below! 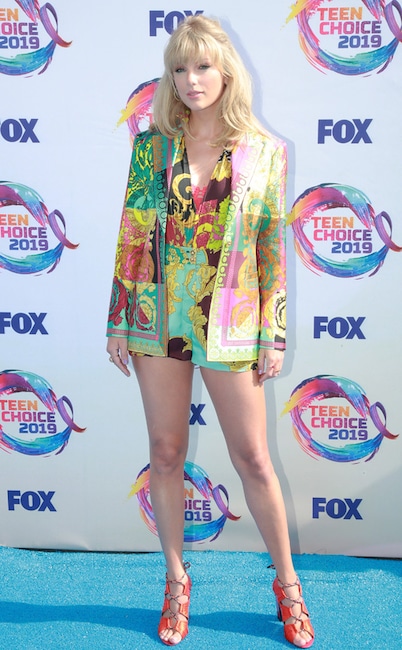 The "Me" singer pulls out all of the stops for the Teen Choice Awards with her Versace outfit, Kat Maconie shoes and Misahara earrings. 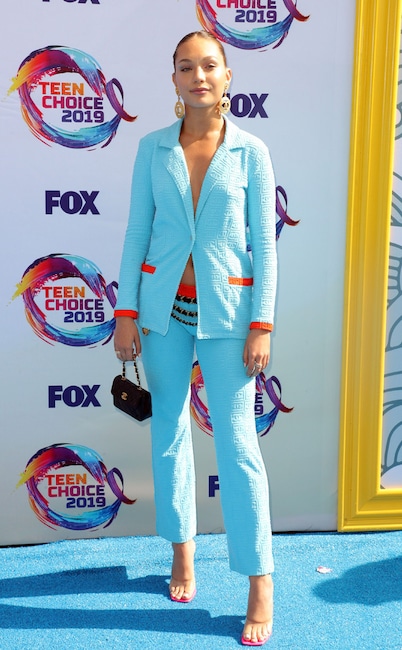 Royal blues! The 16-year-old star brings a pop of color to the star-studded ceremony with her baby blue pantsuit. 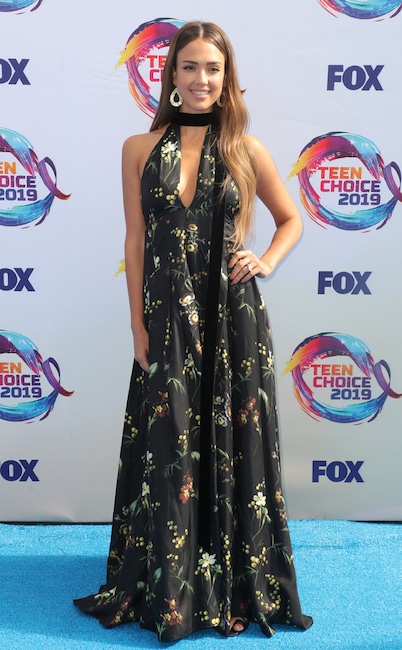 The Honest Beauty founder dazzles at the star-studded event with this floral gown. 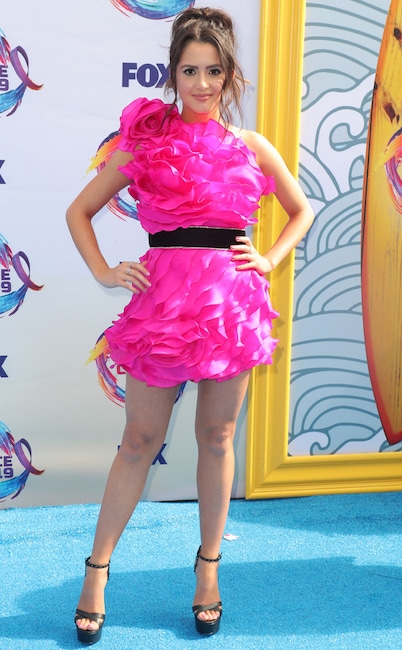 The Perfect Date actress knows how to turn heads, and this over-the-top pink mini-dress is proof. 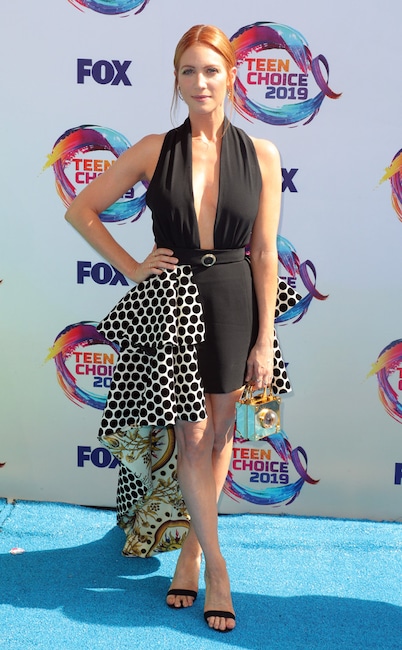 Oh la, la! The Someone Great actress dazzles on the red carpet with her daring halter dress, which features fun polka dot and floral print. 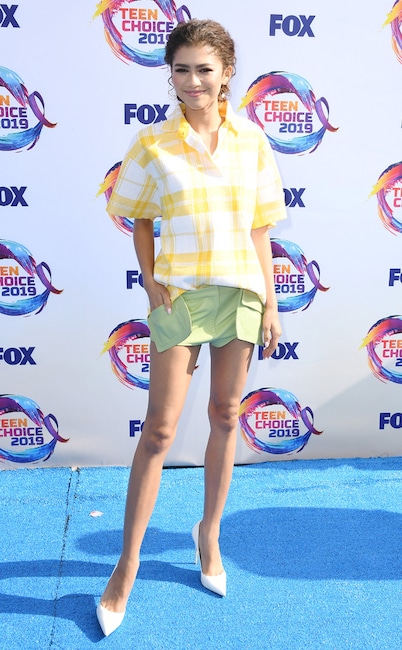 Always one to shut down the red carpet, Zendaya rocks a bright-yellow plaid top with green shorts. 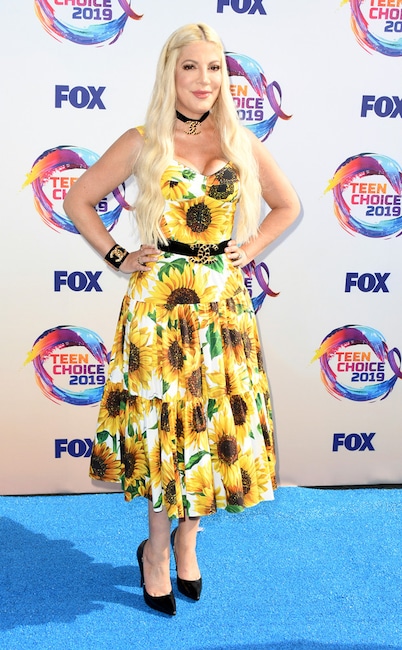 Flower power! The 90210 actress shines bright on the red carpet with her sunflower-patterned gown. 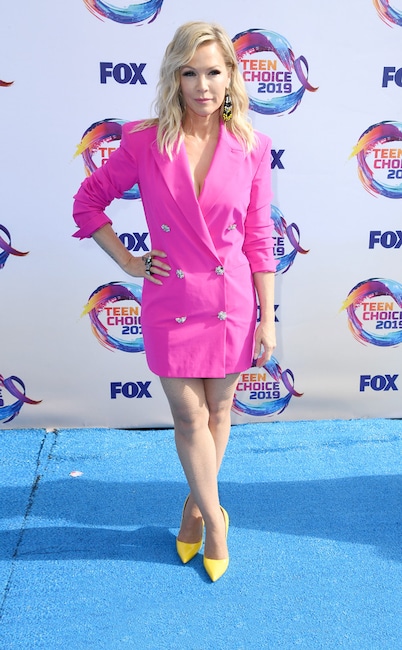 The 90210 star brings the color to the red carpet with this hot pink dress! 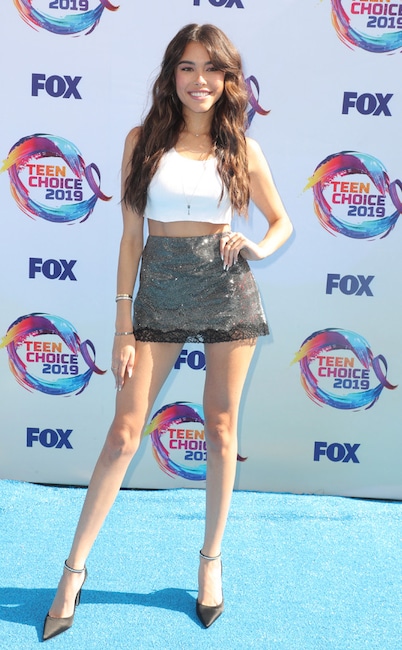 The 20-year-old star rocks a simple, but chic ensemble with a shimmery skirt and white crop top. 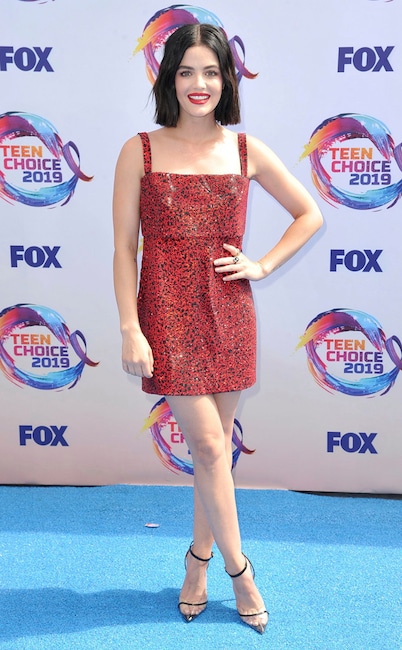 Red hot! The Teen Choice Award host brings the glitz and the glam to the star-studded ceremony with her fiery red dress and transparent heels. 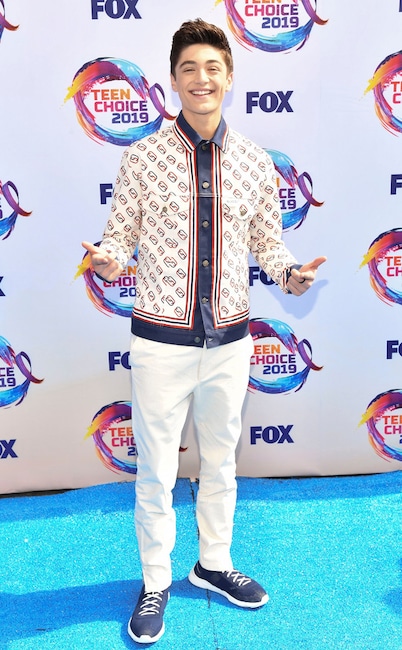 The Shazam! star skips the boring suit and opts for something more summer-ready! 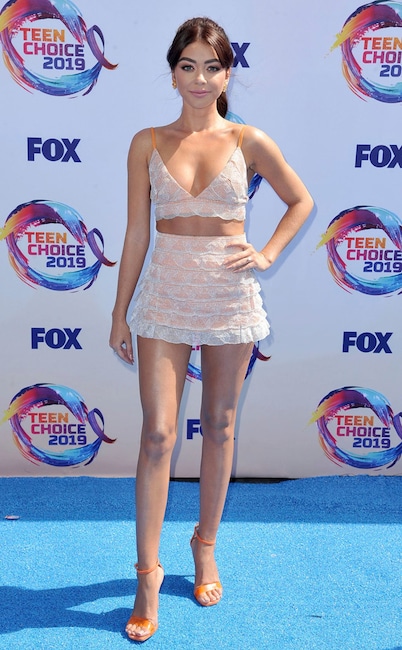 The Modern Family actress sizzles in her ruffly, lace co-ord set. Plus, her orange heels and earrings make her ensemble a lot more flirty! But her best accessory? Her massive diamond engagement ring from fiancé Wells Adams. 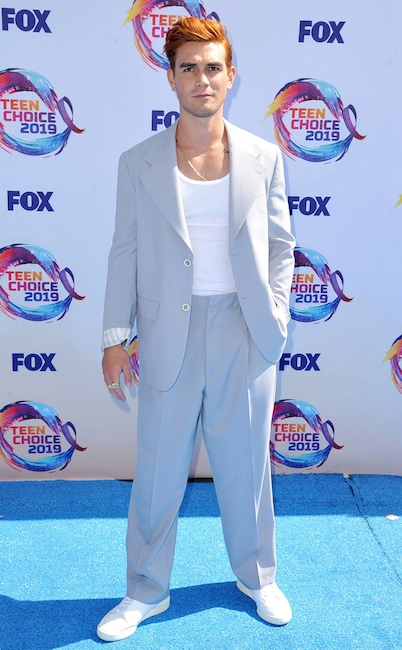 The Riverdale actor looks like he's part of the Miami Vice crew with his loose-fitted suit, white muscle shirt and sneakers. 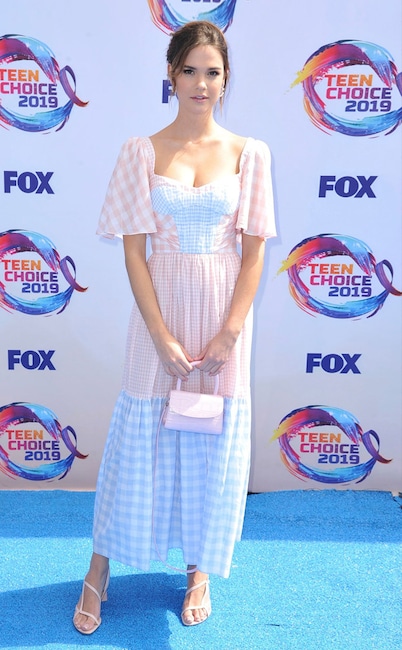 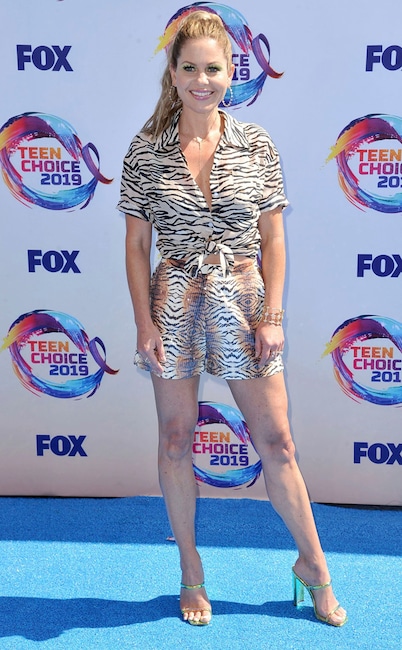 The Fuller House actress looks fierce and fabulous in her animal-print outfit! 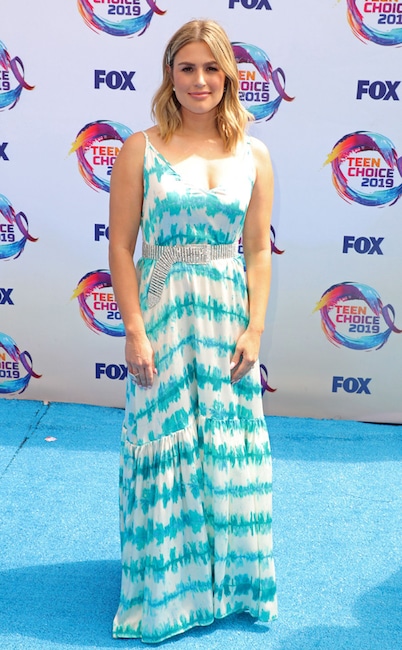 The E! News host adds a pop of color to the red carpet with her bright blue gown.