Which 2018 Song is Your Summer Anthem? Vote Now!

Summer is finally here, can you feel it?!

With the summer months officially here we've been getting into the vacation mode...even if we're not actually getting a work break. When it comes to summer nothing says relaxation like a day at the beach, drinking your favorite cocktail and listening to your go-to anthem.

While we can't help you with the beach location or cocktail part of your summer checklist we can set you up with a killer playlist that will last you all summer long. Selena Gomez's newest song "Back to You" and Drake's "Nice For What" are at the top of our summer playlist and they are only the beginning of a slew of amazing tunes that we've been playing on repeat since June started. Country fans have been blessed with the ultimate summer anthem by Little Big Town called "Summer Fever," while pop fans have been jamming out to a mellow track by Maroon 5 featuring Cardi B called "Girls Like You" for the past couple of months.

Overall, there are 15 songs that were released this year (or have videos that were just released) that are perfect for summer anthem status. Check out all of the top songs below and make sure to cast your vote for the song that you'll be playing as your very own summer anthem. Once you pick, grab your bathing suit, your favorite treat (we're thinking a Popsicle or frosé) and listen to these songs all summer long for the perfect vacay vibe!

"Back to You" by Selena Gomez

The former Disney Channel star dropped the music video for "Back to You" on June 5 and it instantly became one of our favorite videos of the year. The track itself was released in May as a part of the 13 Reasons Why season two soundtrack and it's very, very catchy.

"My My My!" is the lead single off the Australian singer's sophomore album Boom and it definitely doesn't disappoint. We've been listening to this hit since the New Year and we're not stopping anytime soon.

What says summer more than a song with the actual word in the title? The country group released this new jam on June 6 and it talks about flip flops, mix tapes and sun-kissed smiles AKA it is summer fever.

Cardi B adds some Latin flare to her latest track, "I Like It" with the help from J Balvin and Bad Bunny and once you start listening to this song you won't be able to stop dancing.

"This Is America" by Childish Gambino

Not only is "This Is America" a great beat to listen move to, but its lyrics are commentary on our current political climate in the United States which makes it even cooler.

"Nice For What" by Drake

The Canadian artist raps about fierce women and women having the confidence to do everything on their own in "Nice For What." We totally approve of this message and beat and you will too.

Margaritas on the beach, sounds like summer right? Okay, so technically this song isn't about margaritas, but it is about drinking tequila and remembering past loves, in this case summer loves, so it's pretty close to the margarita sipping vibes you know and love this time of year.

"Dinero" by Jennifer Lopez feat. DJ Khaled and Cardi B

All we can say about this song is that it is so fierce. "Dinero" is Jennifer Lopez at her highest level because it combines her unique dance sound with both Spanish and English lyrics that you're sure to love. 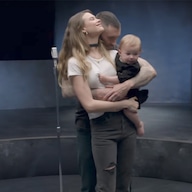 In addition to pulling out all the stops with the video for "Girls Like You"—AKA bringing out a ton of fierce women to sing around Adam Levine—this song is just awesome. Once you hear it you won't be able to stop singing it...trust us.

"No Tears Left to Cry" by Ariana Grande

We cannot wait for Ariana Grande to drop her next album and it's partially thanks to this amazing song. If you listen to it once you'll be hooked!

What could be better than a collaboration from Pharrell Williams and Camila Cabello? We really can't think of anything. This track has a reggae vibe to it mixed with the Cuban flare we've come to love from Cabello and we can't stop swaying whenever this song comes on. 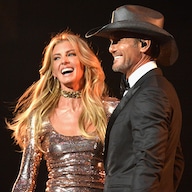 Fun fact: even if you're not a country music fan, "High Horse" should be your newest song obsession. It has a country flare to it, but honestly it feels like a dance track that you'd hear at a summer pool party, which is exactly what your summer jam should feel like.

"Make Me Feel" by Janelle Monáe

In case you didn't already know it the Hidden Figures actress can do anything, including sing. Her song, "Make Me Feel" is the perfect mix of '80s sounds and Princevibes that will have you moving and grooving all summer long.

"In My Blood" by Shawn Mendes

If you're not listening to the Canadian singer's third album right now then you are seriously missing out. It's even better than his first two records and has more than one song that could be your summer anthem. "In My Blood" however wins our vote because it's catchy and a bit faster pace than all of his other new songs.

Maren Morris proved once again that she's not just a country singer by teaming up with Zedd and Grey. "The Middle" is one big party anthem with great artists which makes it even more desirable as a go-to summer block party pick.