Kanye West, Christina Aguilera and More: Which June Album Release Are You Most Excited to Listen to? Vote Now!

Summer is here, which means it's time to start heading to concerts and rocking out to new music from your favorite artists. Luckily, there are a ton of new records dropping in June to kick off your summer playlist!

Kanye West started off the month by dropping his newest album, Ye, on June 1 and he's only the first big name to be giving fans fresh songs this month. Artists like Christina Aguilera and Lily Allen are set to release new music this month and we're so ready for it. If you're a country fan, get ready because both Dierks Bentley and Sugarland have records dropping in a few weeks, too. Plus, Bebe Rexha will be revealing her debut album towards the end of the month!

Oh, and who can forget about the fact that Florence + the Machine and Dave Matthews Band are also getting in on the June album release party?! Check out all of the great artists dropping new music this month below and vote for the record you're most excited to listen to all summer.

The rapper's eighth album, Ye, is officially here. It dropped on June 1 after West revealed the record to close friends and fellow musicians at an event in Jackson Hole, Wyoming. The album has seven songs and each one is better than the one before it.

The British singer is releasing her fourth studio album next week. No Shame will drop on June 8 and you can pre-order it now. Following its release, Allen will head on tour in the U.K. and Ireland beginning on Dec. 11, 2018. 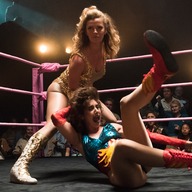 Which June TV Premiere Are You Ready to Watch? Vote Now!

The country crooner is gearing up for his 10th album release with The Mountain. The record drops on June 8 which is the same date the "Woman, Amen" singer will be playing Winstock Country Music Festival in Minnesota. It follows his 2016 record Black which featured his hit song, "It's Different for Girls."

After a five-year break the Sugarland duo of Jennifer Nettles and Kristian Bush reunited in March 2018. Since then they've released the single "Babe," announced a tour and revealed their first record since reuniting will be dropping on June 8. You can pre-order Bigger now, and hopefully get ready for many more records from the country duo in the future.

The rock group is releasing their first new album in six years on June 8. The record, Come Tomorrow, will mark the group's ninth album together and fans couldn't be happier to hear fresh tracks from the band that previously gave us "Crash Into Me." 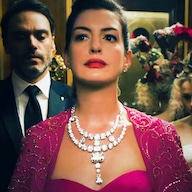 Which June Movie Release Are You Most Excited to See This Summer?

Aguilera's eighth studio album drops this month! Liberation is set for a June 15 release and it couldn't come soon enough for her fans. It's been six years since we've had new music from the former Voice coach and if her new single, "Acceleration" is any indication of what's to come, you know it's going to be good.

Panic! at the Disco: Pray for the Wicked

Pray for the Wicked is available at the end of June (June 22 to be exact) and it will feature the band's two singles, "Say Amen (Saturday Night)" and "High Hopes." This album will be the sixth record for the rock band from Las Vegas and the first in two years.

If you've been missing the 5 Seconds of Summer boys you're in luck because their third album, Youngblood, is coming on June 22. The last album that the Australian boy band released was in 2015 so fans have been waiting a while to hear the guys back in action.

Inside Christina Aguilera's Road to Reinvention

My Debut album “Expectations” out for pre-order this Friday April 13th. 😬

Rexha's debut album is almost here! After making a name for herself with collaborations like "Hey Mama" back in 2015 and her most recent single "Meant to Be" with Florida Georgia Line it's about time we got a full album from the American singer-songwriter. Luckily, our prayers have been answered and on June 22 Expectations will be released.

Florence + the Machine: High as Hope

At the end of the month Florence + the Machine fans are in for a treat. The group's fourth studio album, High as Hope, is due on June 29. It's been three years since the English indie band has released new music and the even better news is that they're going back out on tour in North America beginning on August 5!