From Hop to Easter Parade: The Top Easter Movies to Watch This Holiday 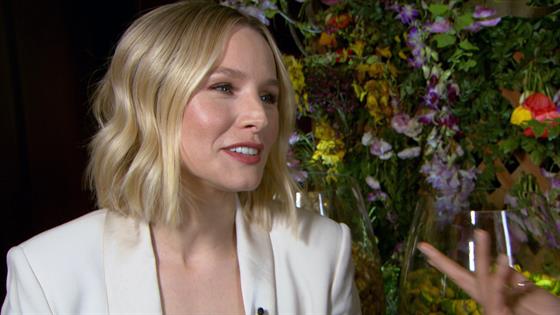 After we eat all of the chocolate and complete our (indoor) Easter egg hunt, we're in the mood to throw on a holiday-themed movie and, thankfully, there are plenty to pick from!

Even though there aren't as many Easter movies as there are about Christmas or Halloween, there still are some great films about this holiday or remind us of it.

With Easter-specific movies like Hop and Easter Parade, there are plenty of flicks to put you in the spirit of the holiday that are also perfect for the kids.

There are also plenty of movies like Zootopia and Peter Rabbit that feature adorable bunnies and furry critters enjoying the springtime, proving this holiday really does have a lot of fun stories to hop on board with...see what we did there? 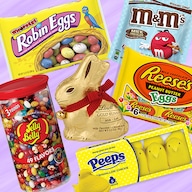 The Great Easter Candy Debate: Which Tasty Confection Is Your Go-To Treat?

Check out all of our top Easter-approved picks below.

Happy Easter everyone! Remember, some bunny out there loves you! 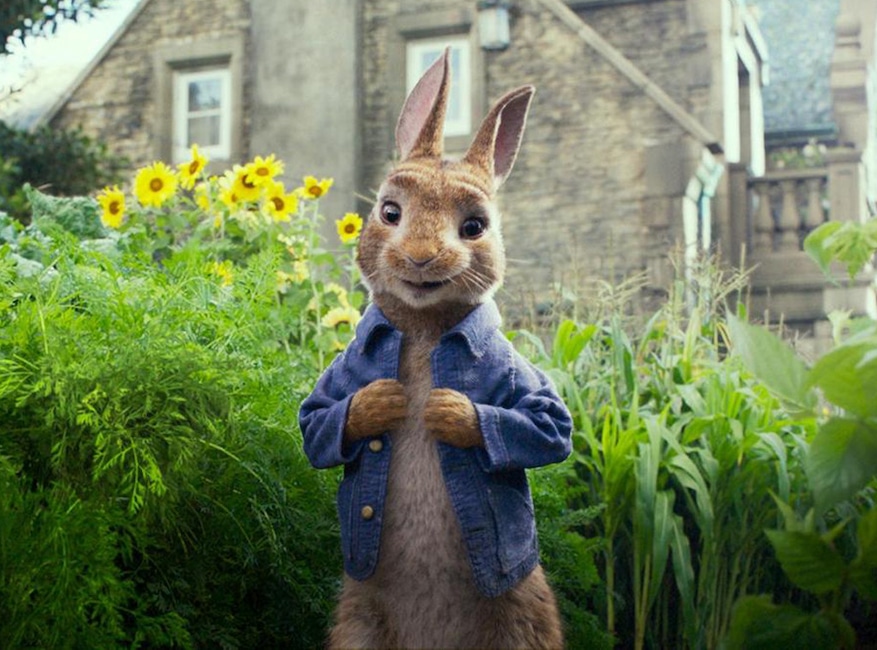 Who doesn't love Peter Rabbit? This 2018 film brings to life the Beatrix Potter classic tale of Peter Rabbit (James Corden), the rebellious hare, as he tries to sneak into a farmer's vegetable garden. 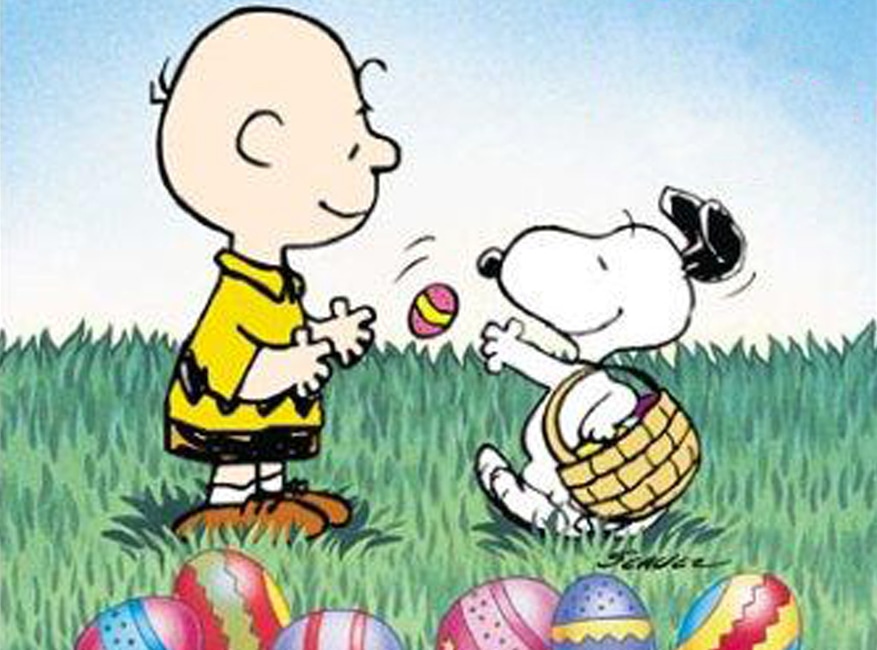 It's the Easter Beagle, Charlie Brown!

Released in 1974, this festive film shows what happens when the Peanuts gang is gearing up for Easter. It includes all your favorite characters including Charlie Brown, Snoopy, Peppermint Patty and more. 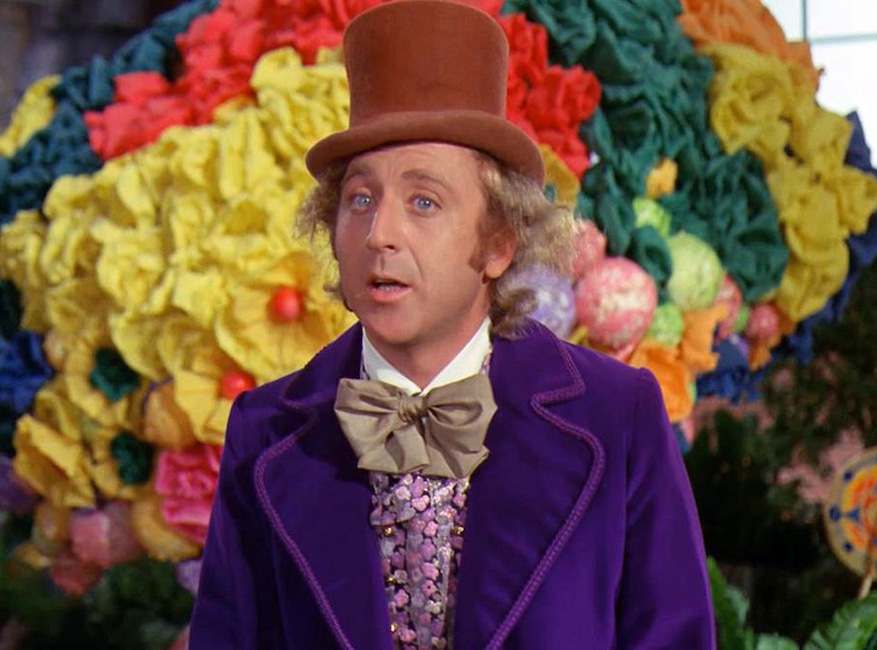 Willy Wonka and the Chocolate Factory

OK, we know that Willy Wonka and the Chocolate Factory is not an Easter film, but it is about candy and kids in a chocolate factory, so it's basically like the ultimate Easter egg hunt when you think about it. 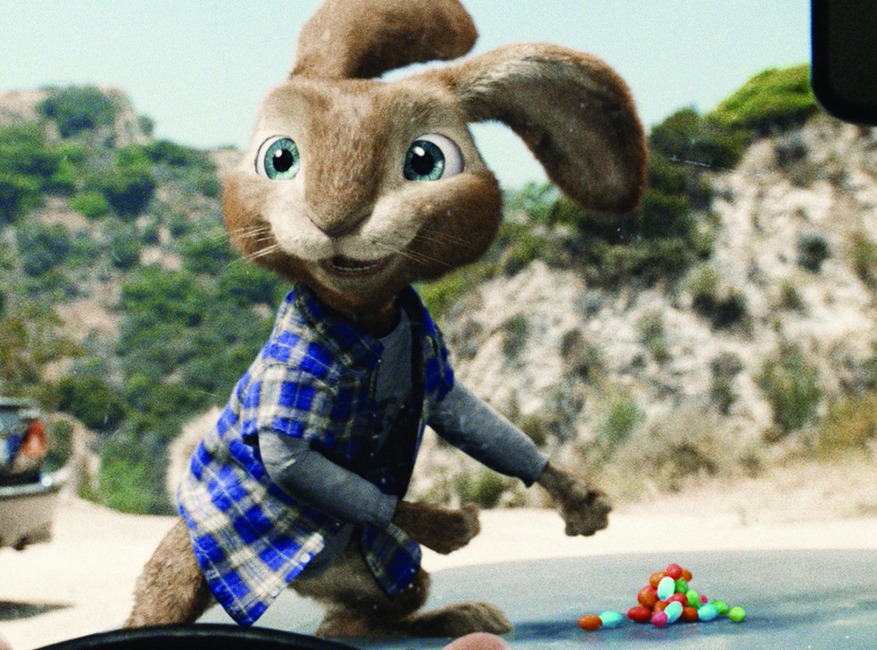 This Easter classic tells the story of E.B. (voiced by Russell Brand), the Easter Bunny's son, who leaves home to become a drummer in Los Angeles. Once in California he finds himself alone and without any friends until Fred (James Marsden), accidentally hits him with his car and takes him in to make up for it. 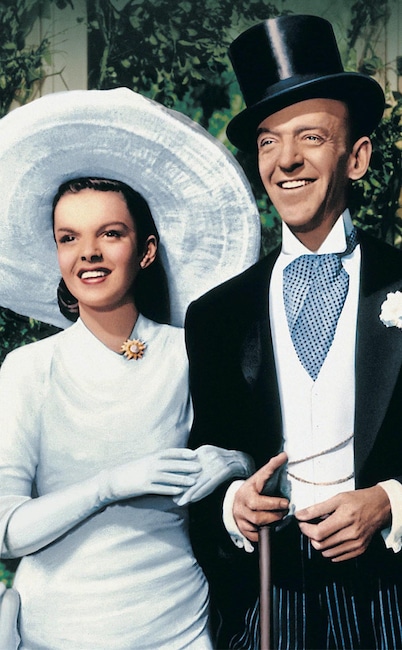 Hello, Easter is in the name of this movie, so it's a must-watch! This 1948 film tells the story of a nightclub performer (Fred Astaire) who hires a naive chorus girl named Hannah Brown (Judy Garland) as his new dance partner in order to make his former partner jealous. Together they are a total smash. 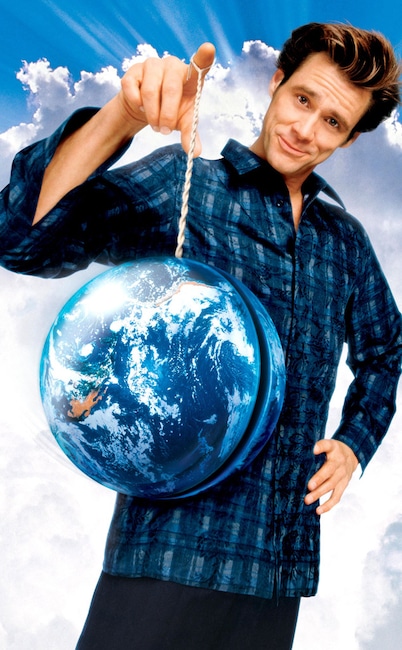 Technically Bruce Almighty is not a holiday film, but it does have a nod to religion in it. The film follows Bruce Nolan (Jim Carrey) after he says he can be a better ruler than God (Morgan Freeman) and then gets a taste of his own medicine when he gets his powers and must keep the world turning. 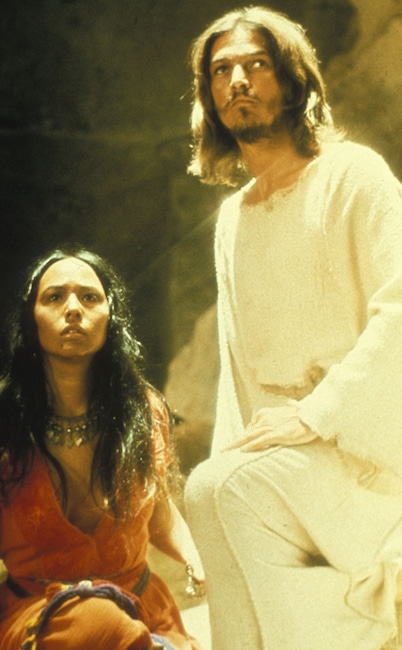 The Broadway play came to life in 1973 on the big screen to show the last few weeks of Christ's (Ted Neeley) life using musical numbers and biblical references in this movie. 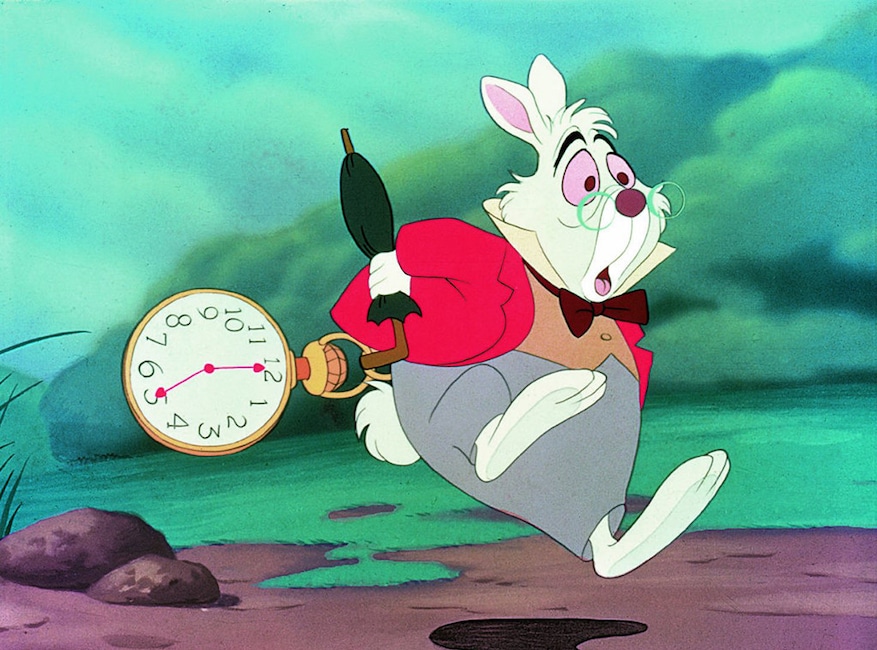 This Disney film is so much fun and although it is about a girl named Alice stumbling into the world of Wonderland and trying to get back home safely, it does give off spring vibes. The colors, the music and of course the White Rabbit, not to mention the Mad Hatter AKA another rabbit, are all very fitting images for Easter. 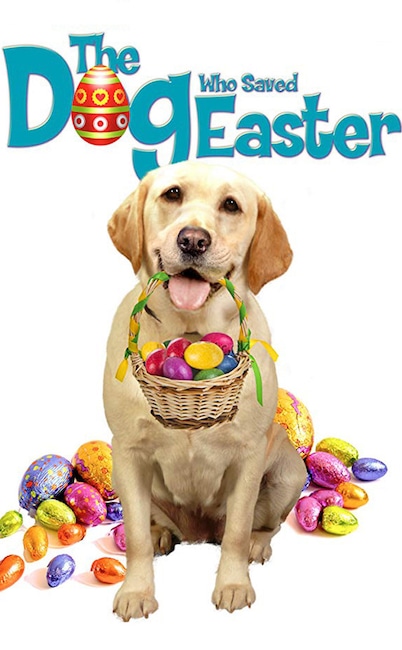 The Dog Who Saved Easter

When the Bannisters go out of town on a cruise, they send their dog Zeus to doggie daycare. What starts out as a normal day quickly goes south when a rival daycare tries to sabotage the one housing Zeus. The good news is that Zeus is ready to come to the rescue with the help of some new friends to keep his favorite home away from home safe and afloat for Easter. 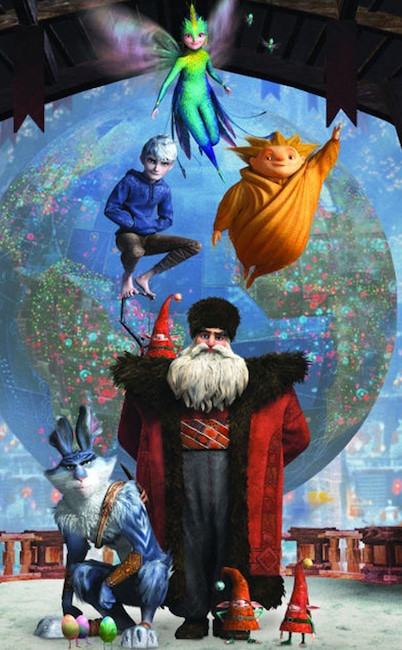 Rise of the Guardians

Who wouldn't want the Easter Bunny on their side? In this film, the bunny is a part of the Immortal Guardians group which teams up to protect innocence in the children around the world when an evil spirit launches an attack on Earth. 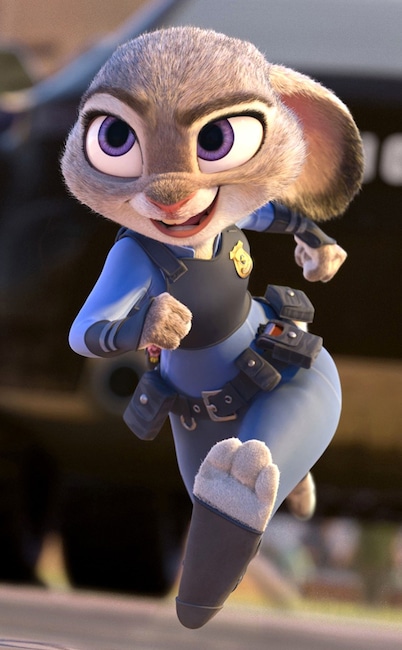 What's better than watching a rabbit save the day on Easter? By watching Zootopia you can celebrate rabbits, which are a main fixture for this holiday, when you watch Judy Hopps (Ginnifer Goodwin) take the Zootopia police force by storm and save her fellow citizens from a crazy plan to wreak havoc on the predators in town. 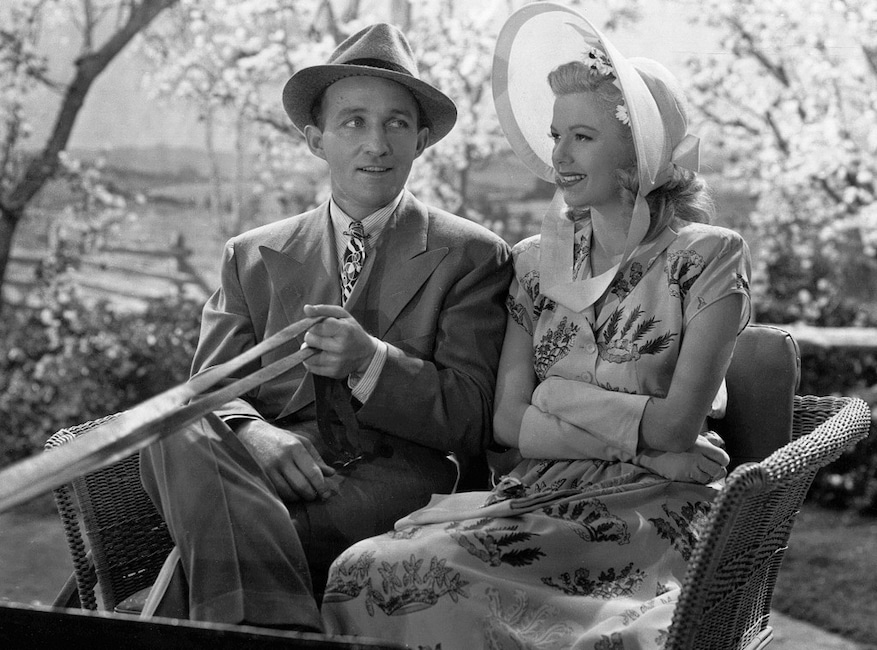 Holiday Inn is about a performer named Jim Hardy (Bing Crosby) who leaves the entertainment business and decides to open an inn that is only open on holidays...like Easter. He then performs at the inn and finds himself a leading lady named Linda Mason (Marjorie Reynolds) who makes his idea even better. The only downside is his old friend and former co-star Ted Hanover (Astaire) wants her for himself and his act.