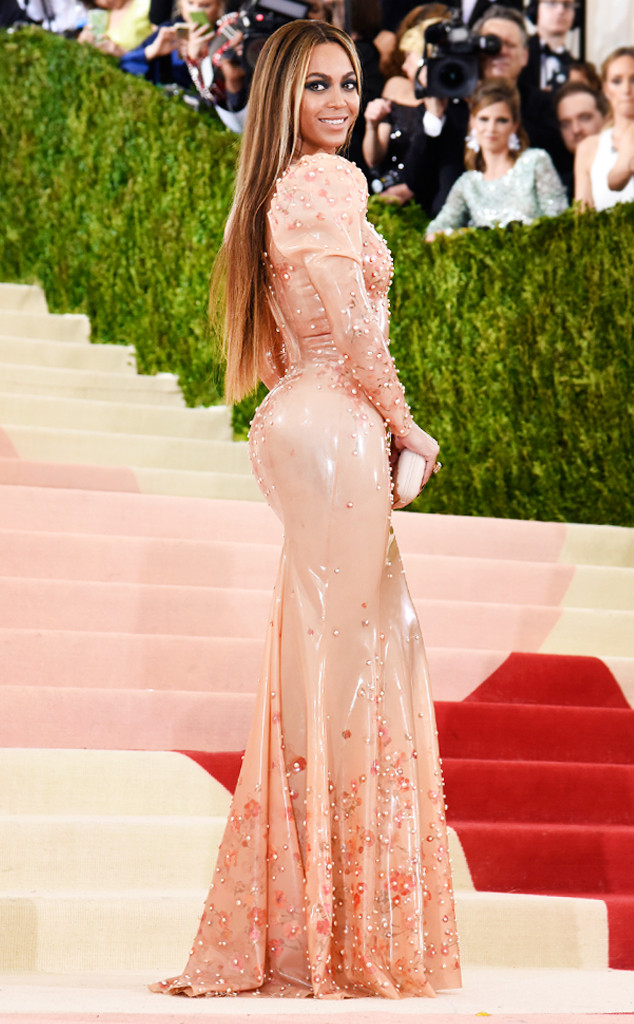 Hundreds of celebrities attended the 2018 Met Gala on Monday and celebrated the most fashionable night of the year. However, there were a few famous faces missing from the big soirée. Here's a breakdown of who was M.I.A.

Beyoncé: Queen Bey was one A-lister noticeably missing from the red carpet. While the Grammy winner skipped last year's event because she was eight-months pregnant with twins, she normally attends the big event. Who could forget the famous elevator incident between Solange Knowles and Jay Z?

So, where was the "Formation" singer? According to Vogue, the artist and her hubby took a last-minute vacation ahead of their On the Run II tour.

Chrissy Teigen: Teigen also skipped this year's Met Gala. The model is currently pregnant with her second child. She and husband John Legend are expecting a baby boy in June. While the Lip Sync Battle host admitted she was "very jealous" she was not attending the event, she also made light of the situation by providing a tutorial for her messy bun and sharing a photo of her resting on the couch—writing "waiting for my turn on the carpet."

this year’s #metgala GLAM was #SUPER important to me as I wanted it to really embody the heavenly bodies theme!!! I think we nailed it!! Swipe for for #creds!!! First I shampooed my #hair yesterday with #shampoo then I let it sit for 4 minutes while i #shaved the areas I could see on my #body. Next, I used a #towel to dry my hair from roots to ends!! Then, I used a #rubberband to secure my hair into a pony that i was careful not to pull out all the way! Lastly, I pulled out pieces around my #ears and #neck ! Full tutorial coming up tomorrow !!!!!!!! Like and subscribe!!!!! 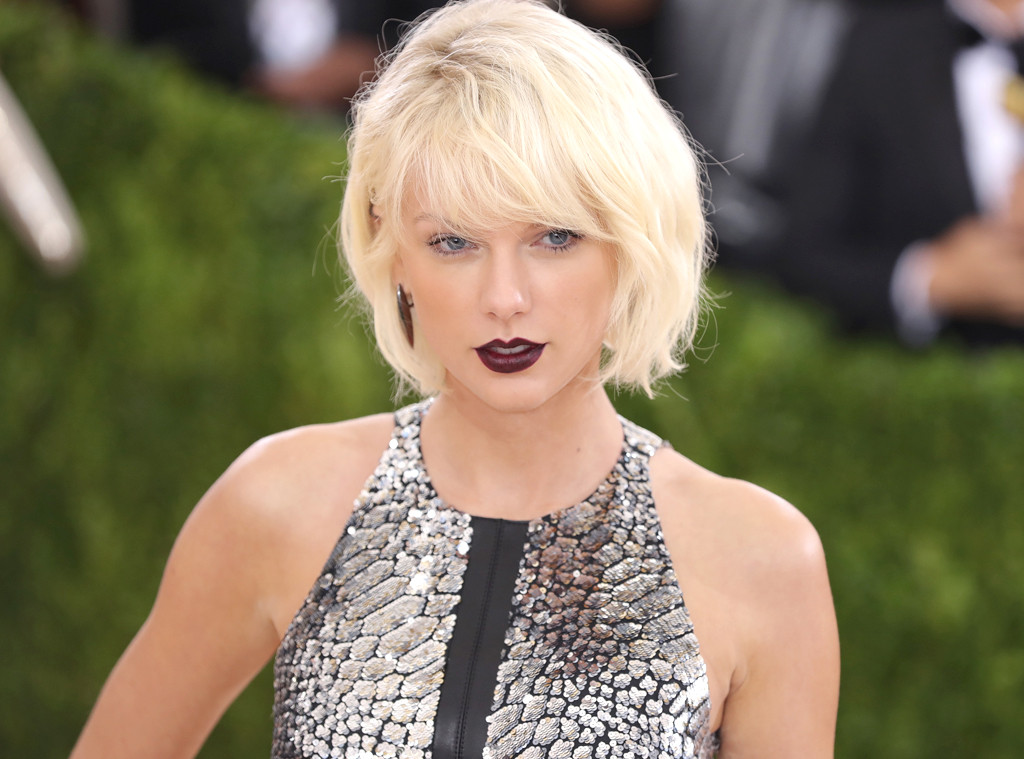 Taylor Swift: Even though the singer was a chairman for the 2016 Met Gala, she missed the 2018 ball. The "Delicate" singer was in the midst of rehearsals for her reputation tour, which kicks off tonight.

Kanye West: This is the second year in a row that the rapper has missed the Met Gala. While he attended the 2016 soirée with his wife Kim Kardashian, he reportedly skipped last year's event to stay home with their kids. As for this year's absence, the Keeping Up With the Kardashians star addressed it on Twitter.

Love you babe wish you were here with meeeeee but you’re only finishing up 5 albums 😂🔥😂❤️ https://t.co/7r5SbJZoeX

Lady Gaga: Even though Lady Gaga didn't attend the 2017 Met Gala, fans were hoping she'd make an appearance this year. Last year, the "Bad Romance" star tweeted she missed the Met Gala because she was filming A Star Is Born with Bradley Cooper. While the singer didn't cite an exact reason for this year's absence, she tweeted that she was "making music n' stuff" on April 26. Plus, Mother Monster suggested she's dressed for the theme before. Yesterday, the artist tweeted the music video for "Judas."

In honor of the Met Gala and its theme I’ll post the “Judas” video. Here we explored Christianity through fashion some made in Haus, young designers as well as archive Christian Lacroix. ( the paper wedding dress at the end that I wear w Creepers) https://t.co/cQnBvluu5u 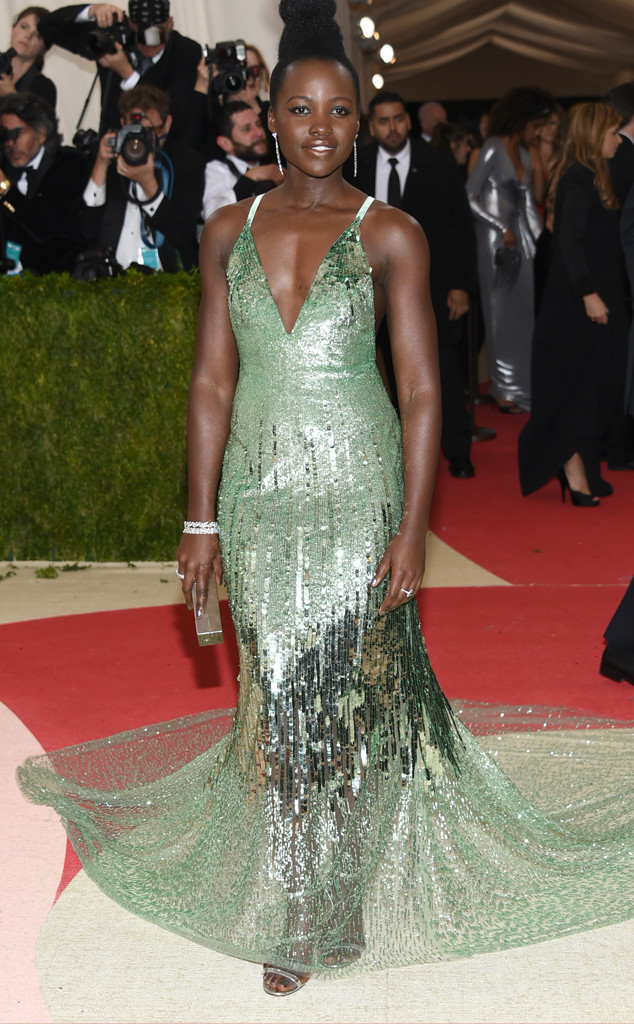 Lupita Nyong'o, Cate Blanchettand Kristen Stewart: While these women have attended the star-studded event before, they seem to all be gearing up for the 2018 Cannes Film Festival, which kicks off today. Stewart and Blanchett are both on the festival's jury this year, and Nyong'o tweeted about the festival and the film 355 on Tuesday. 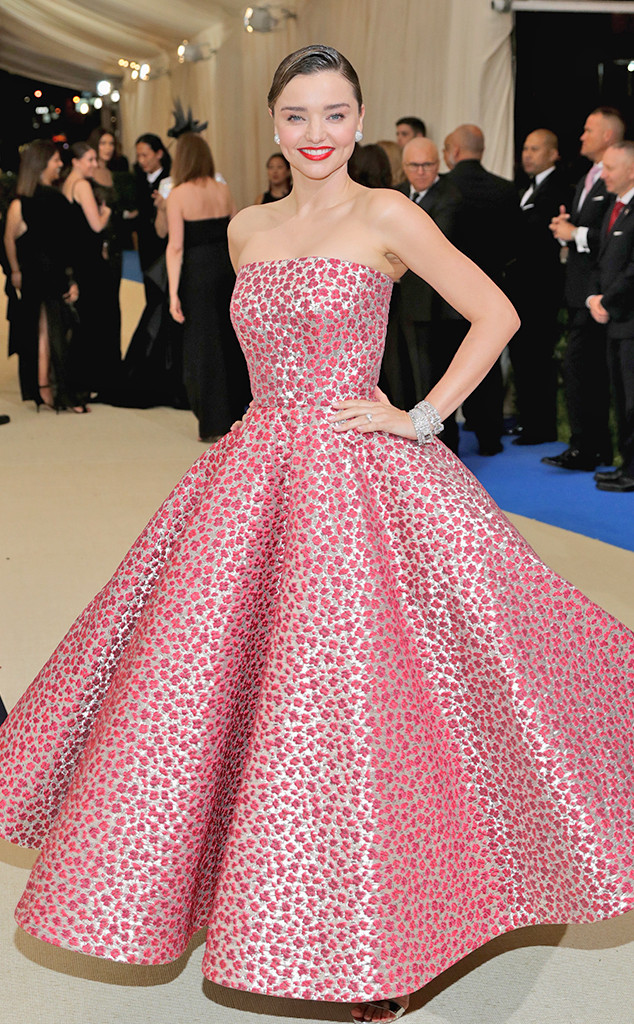 Miranda Kerr: Despite attending last year, Kerr skipped this year soirée. The supermodel didn't cite a specific reason for her absence. However, in November, E! News reported that the supermodel is pregnant.

Reese Witherspoon: Even though Witherspoon has attended the event in the past, she skipped this year's gala. The actress posted an Instagram video of her hard at work on a set with her daughter Ava. She also tagged Crate and Barrel, suggesting she was working on her partnership with the brand.