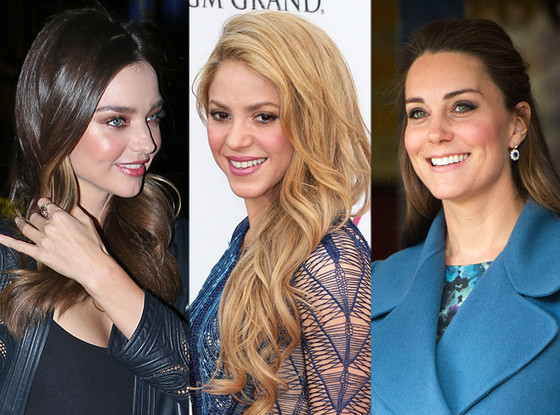 When you're rich and famous, you can pretty much get any beauty treatment at the snap of a finger.

Bee venom facial? Sure, why not? Bird poo mask? Lay it on, baby! The stars will go to extremes to get younger-looking skin. More surprisingly, however, is that some celebs opt for relatively low maintenance, affordable treatments to get a guaranteed red carpet glow.

Because it seems like their go-to skin care habits vary, we wanted to share with you the whole spectrum—from the crazy, expensive treatments to the tips you can do at home.

NEWS: You're could be applying moisturizer wrong

Kate Middleton
The Duchess of Cambridge reportedly is a fan of bee venom facials to smooth out her complexion. It may even have helped her get that glowing skin on her wedding day. (Though pure unaltered happiness may have done it too.) The treatment, whose users also include celebs like Victoria Beckham and Kylie Minogue, is said to reduce the appearance of fine lines and wrinkles by plumping up skin—because, well, that's what happens when a venom-laced mask touches your face.

Shakira
We all know we should wear SPF on the daily, but the Latin bombshell believes in the protective powers of baby sunblock, she told Allure. Hey, it's gentle, waterproof and, most importantly, affordable.

Naomi Campbell
The 44-year-old supermodel may have found the fountain of youth—and it may be called microdermabrasion, which is a procedure that buffs your skin with tiny crystals. "We start with a few glycolic peels and then use microdermabrasion to exfoliate," said the model's facialist Christine Chin to Harper's Bazaar.

Rachel Bilson
Why settle for a makeup remover that only, you know, removes makeup when you can opt for an alternative that is multifunctional? The Hart of Dixie star uses Vaseline to gently wife off cosmetics, she told Cosmo. And if she felt the need, she could also use it to dye her hair or hydrate lips—just sayin'.

Victoria Beckham
Not only is Posh a fan of the aforementioned bee venom facials, but she's even tried a traditional Japanese Geisha Facial, which uses nightingale droppings to form a cleansing mask that supposedly helps heal acne scars, reported the Daily Mail.

Halle Berry
The Monster's Ball star may be an Oscar-winning actress, but she has no qualms about going the DIY route. She reportedly puts coffee grounds in her body wash to exfoliate her skin and combat cellulite. It must work because her skin looks flawless.

Jennifer Lopez
Love may not cost a thing but radiant-looking skin does for JLo. The "Booty" singer uses La Mer cream—at $140 a pop—to moisturize her entire body. Yes, her entire body.

Miranda Kerr
When your whole career is based on being beautiful, you would think you would splurge for a glowing complexion. But, nope, according The Huffington Post, this beauty just applies lip balm around her eyes to radiate down the runway. Just don't confuse lip balm and gloss—the latter can clog your pores.

PHOTOS: How to rock red on the red carpet