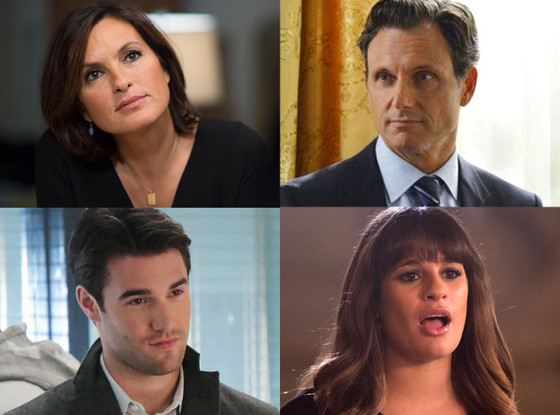 Sound the trumpets! Your summer depression of too much fresh air and sunshine and rerun TV is almost over, and the fall TV season is about to start. So what's ahead for all your favorite returning shows, and soon-to-be new favorites? Read on for the latest scoop!

Pamela: Any scoop on Glee?
Glee is going Disney! When we chatted with Lea Michele at the Sons of Anarchy premiere, she gave us a bit of scoop on Glee's final season. "I was there last night singing the first Disney song we've ever done," she teased. "A very popular Disney song." Is it Frozen's "Let It Go"?! Michele hedged, "I'm not saying anything!"

CLICK: The 21 most amazing and hilariously awful ads for Fall TV!

florencewelches: Any new Scandal scoop?? I'm dying here #spoilerchat
Here's a character you're sure to love: Bitsy Cooper, an elderly wife to a beloved politician. Later this season we'll also meet Lawrence Carnahan, a sweet introvert who's been in jail for 30 years. Hmm…

dolcebellabaker: How is Liv adjusting to motherhood on #SVU?
It's an adjustment, that's for sure! Mama Bear Benson has her hands full in the season premiere with a new detective on the squad and several threats on Noah's life. Expect some time to breathe a sigh of relief soon. Beth: I'll take anything you've got on Revenge!
Another death will rock the Hamptons! While fans of all the series regulars can breathe a sigh of relief, a pretty important figure in the Hamptons (who had ties to Conrad) will bite the dust…leading to a whole lot of speculation surrounding the mysterious circumstances surrounding his (yes, it's a male character that dies) death.

Alyssa: HBO's super-short The Comeback teasers are destroying me. I can't wait. Why aren't there any longer ones with Kellan Lutz and Malin Akerman?
Something tells us we'll be getting a closer look at Valerie Cherish soon. We happened to be chatting with Mr. Lutz and couldn't resist bringing up The Comeback. It's been almost 10 years since the show first wrapped and that amount of time will have passed for the characters. "The producers decided to sort of mirror Malin and my real life careers" Lutz told us. "The new episodes take place in 2014, so its approximately 9 years later and our characters Juna and Chris both have made a name for themselves. My character, Chris, is starring in big action films and has become somewhat of an action hero." And one other note from Kellan: "Valerie Cherish is a force to be reckoned with and I was thrilled they asked me back."

TMPisDandy: Any last-minute Mindy Project scoop?? Only 8 days away from Mindy and Danny coupledom (bitches)!
Danny. Dances. Again. And he also plays an instrument. And wears his adorable glasses. Oh, we're sorry. Did you need to know anything else about the premiere? No? That's what we thought. Let's carry on… 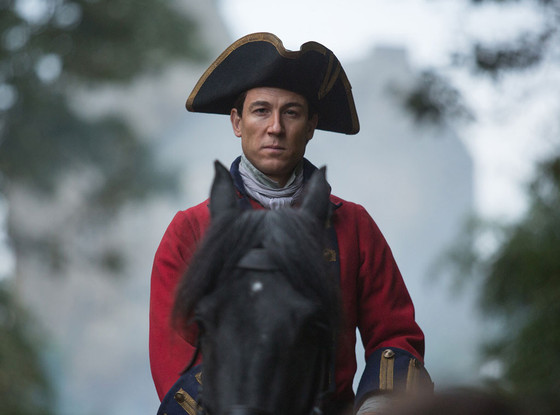 Georginagirl: It kills me when Outlander ends each week because I cannot wait for more. Give me something on what's coming up, please!
In the next episode, Claire finally gets her chance to break free from Dougal and his men but guess what? Turns out there are forces WAY MORE HORRIBLE. And by WAY MORE HORRIBLE (and yes, I am obnoxiously using all caps here because he's just that awful) I do mean that red coat bastard Black Jack. This is the week where you who have not read the books start to comprehend what a diabolical madman he is, and it's a show-defining moment where you really start to see who is good and who is evil, and who you are most definitely rooting for. Jack himself, Tobias Menzies, tells us this of Jack's horribleness: "In the portrayal of Jack, I had to understand the context out of which his behavior comes. It's absolutely having to do with what his men have suffered, what he has suffered and what he's seen. He's seen too much. Frank and Jack are both men formed by war but one has arguably the love of a good woman and he's salvaged from it or survives it and arguably, Jack doesn't." In other important news: Claire starts to wear her hair down and Jamie is still hot as fire. Seriously, do not stare directly or your retinas will be fried. 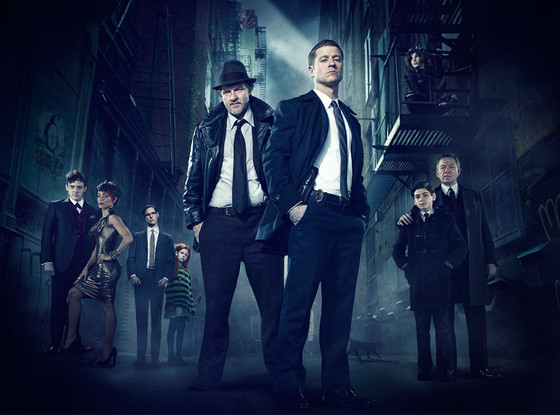 Thomas: I am literally counting down the days until the Gotham premiere! Can we expect to see any other Batman characters we know and love during the season?
Cue fan freakout in 3...2…1…the show is currently casting the role of Harvey Dent (played by Aaron Eckhart in The Dark Knight and Tommy Lee Jones before him). When we meet him in the prequel, he's an assistant District Attorney who is warm, engaging and full of light. They are looking for someone in their late 20s to take on the recurring role, so hit the comments with your suggestions! (May we humbly suggest Matt Barr, who we are happy to see pull double duty on Gotham and Sleepy Hollow this fall?)

Terry: I need anything you have on The Following, please and thank you!
Well, since you asked so nicely…the Fox serial killer thriller is currently casting two major recurring roles, one possibly a villain while the other is possibly one of the good guys (we say possibly, because with this show, you honestly never know). The first is Bonnie, a female in her late 20s/early 30s who is described as smart, sexy, playful, and dangerous with a blue collar background. Then there's Tom, a male in his 30s, who is a member of the FBI's SWAT team. Described as physical and tough, he can also be charming when the situation calls for it. Both Bonnie and Tom will be seen throughout the entire third season, so start making your dream-casting wish lists!

PHOTOS: Did you know these Bachelor and Bachelorette hookups happened off the show? SandraTT: Will there be any TVD/Originals crossovers this season?
Yes! I can confirm that they actually already shot one, but I can't  spill any details quite yet. Theories/guesses?

Delenas Royalty: Anything Delena related. Please?!
You got it! I can't tell you exactly when the two will reunite, but I can tell you where Damon's head and heart are at when the show returns. Or rather, Vampire Diaries boss Julie Plec can. She tells me, "Damon's singular goal is to get back to Elena and his brother—but that doesn't make it any easier to escape from the mysterious place that currently imprisons him." Have the words "singular goal" ever sounded so sexy? Doubtful! Anyhoo, sounds like his head is definitely in the Delena game.

Fangirleeng_: Would love some H50 scoop! thanks!
Here's a fun tease for you to chew on: McGarrett and Danny will wear tuxedos in episode eight. You're welcome for that mental image!

John: I recently started re-watching old seasons of Breaking Bad and now I'm even more excited for Better Call Saul! Got any scoop?
First, don't even get us started on how much we miss Breaking Bad. Because then we'll just talk your ear off about how it was one of the best series finales of all time! Second, when we talked with Saul himself, Bob Odenkirk, he assured us that Better Call Saul will fill that Breaking Bad-sized hole in our hearts while also telling us a whole new story about his character. "Everything is new to me. I didn't know any of this story about the character," Odenkirk says. "I'm learning a lot about this guy, and everyone's going to learn a lot about him because it's all new story. [Executive producers] Vince Gilligan and Peter Gould have brought what everyone loved about Breaking Bad to Better Call Saul, all those cliffhanger moments, the tension, it's all there and I think the fans are going to be super glad to have that back in their life." Oh yeah, we are!