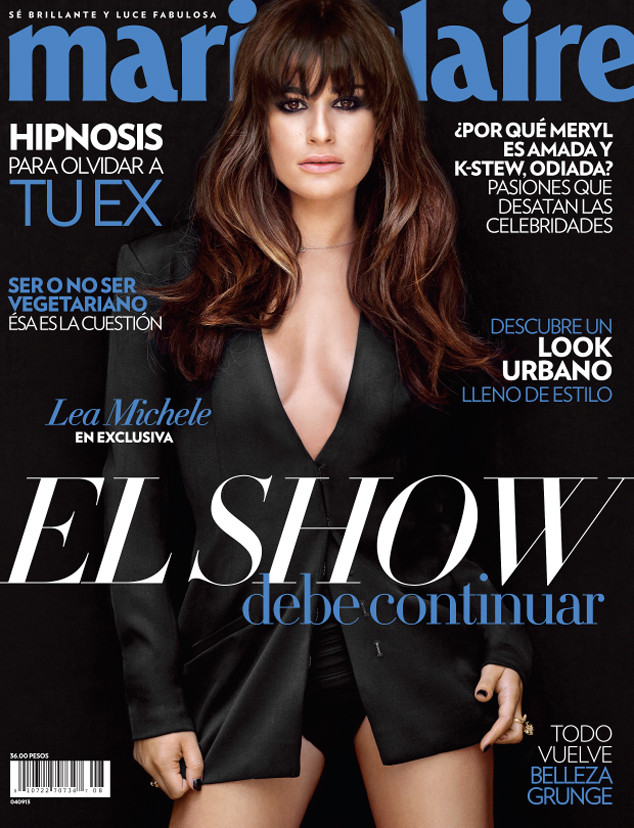 A beautiful Lea Michele graces the cover of Marie Claire Mexico's August issue (on newsstands July 30), but that day has now become a bittersweet memory.

Last month, the Glee star was surprised with a visit by her beau Cory Monteith, who wanted to show his leading lady some support during her photo shoot at The Crescent Hotel in Beverly Hills.

Lea Michele tweeted about the cover shoot—which took place on June 7, just five weeks before Monteith's death—telling followers, "What an awesome shoot today! Such a pleasure gracing the cover of one of my fav mags! So excited for you guys to see! Xo."

WATCH: Lea Michele gushed at how "handsome" her boyfriend Cory was 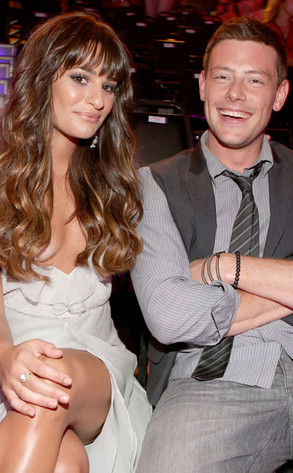 Marie Claire Mexico and Latin America Editor-in-Chief Ariadne Grant said, "Lea Michele arrived early with her beauty team and her agent and was always professional, dedicated and her experience was obvious on the photo shoot but showed another side of her personality, softer and more innocent, on the interview when she got all excited with some questions, she said she loved Mexico so much. That side was even more evident when Cory showed up almost at the end of the session, she was very happy about him being there."

Grant added, "Cory showed up in great spirits and was very nice to everybody there; he even took pictures with whoever asked for it. He just asked for a Coke and stayed there watching the shooting until it was done. They were both very nice and obviously happy and in love, we are very disrupted by the unfortunate and untimely events. Our thoughts are with Lea."

During her interview for the magazine, Lea Michele touched on her relationship with Monteith, saying, "It's more interesting having a relationship with someone you work with because we get more attention because we play boyfriend and girlfriend on the show and we are also in real life. But he is the best person I know, he has made my life so incredible and I am so thankful for him and not only to have him as a partner but also as a coworker."

The young actress continued to say that in a relationship, "It is important to have someone that supports you and encourage you, someone that makes you feel that you are unstoppable, that you can do anything in the world because you have him." 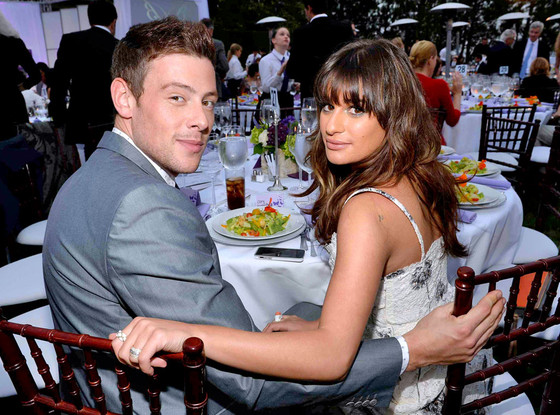 The 31-year-old Canadian actor was found dead on July 13 in his Vancouver hotel room, per an autopsy, the result of mixed drug toxicity after an overdose of heroin and alcohol.

"Lea is deeply grateful for all the love and support she's received from family, friends, and fans," reps for the Glee star said in a statement to E! News.

"Since Cory's passing, Lea has been grieving alongside his family and making appropriate arrangements with them. They are supporting each other as they endure this profound loss together. We continue to ask the media to respect the privacy of Lea and Cory's family."