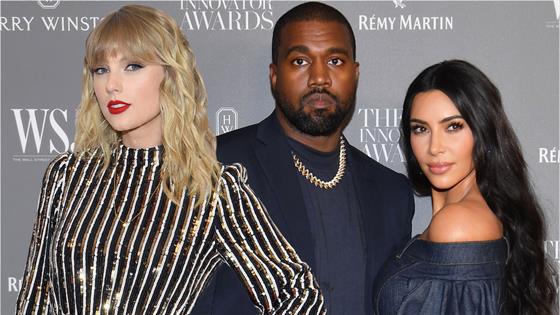 Extended video footage of what is believed to be the infamous phone call between Kanye West and Taylor Swift has gone viral on Twitter, four years after the pair reignited their feud.

In early 2016, seven years after the rapper famously interrupted the singer at the 2009 MTV VMAs, he sparked controversy with his song "Famous." It contains the lyrics, "I feel like me and Taylor might still have sex / Why? I made that bitch famous." The two had talked about the song over the phone before it was released and to this day, argue about what was actually discussed. Kanye's wife Kim Kardashian shared a short, edited video of her husband on the call months after the track was released.

On Friday night, an extended, 25-minute video of Kanye, wearing the same white T-shirt seen in Kim's clip, speaking to Taylor about "Famous" on the phone circulated on Twitter, spurring the hashtag #KanyeWestIsOverParty. E! News has not verified its authenticity and the two artists have not commented. Taylor's rep could not be reached for comment.

During the call, Kanye asks Taylor to tweet about his new single, which he says includes a "very controversial line" about her at the beginning of the song. She asks what the lyric is and asks if it's going to be "mean."

"No, I don't think it's mean," Kanye says. "And the funny thing is when I first played it and my wife heard it, she was like "Huh, what? That's too crazy.'"

She laughs and says, "That's not mean."

She also tells Kanye, "I'm glad it's not mean though...but like oh my God, the build-up you gave it, I thought it was gonna be like, 'That stupid, dumb bitch. But it's not."

The rapper later says, "OK, now what if later in the song I was also to have said, uh...'I made her famous'?"

"It's just kind of like, whatever, at this point," she replies. "But I mean, you've got to tell the story the way that it happened to you and the way that you've experienced it. Like, you honestly didn't know who I was before that. Like, it doesn't matter if I sold 7 million of that album before you did that, which is what happened. You didn't know who I was before that. It's fine. But, um, yeah. I can't wait to hear it."

Taylor's BFF Todrick Hall tweeted on Saturday, "My heart breaks listening to that phone call, the fact that she even picked up the phone and wasted her valuable time to listen to that nincompoop speak is just a testament to how great a human she is. #KanyeWestIsOverParty."

"The sad part is that I'm sure there will be no apology from him or the millions of people who took those gifs of a conversation & trailer of an actual conversation as fact without ever hearing the convo in full," he added. "How does someone orchestrate a filming, not tell the unaware 'co-star' and still not be able to deliver an even semi-charming pitch to make themself not look like a creepy fame hungry musical villain? This is just not right. I'm not a fan of cancel culture & people make mistakes but THIS is clearly no mistake. The entire thing is manipulative and calculated and awkward to even hear her have to respond to his non-question questions. Face with rolling eyes."

The way taylor knew that she was on the verge of overexposure and that the media was already taking hits at her for no reason and kim and kanye manipulated the situation in THEIR favour by illegally recording the phone conversation and posting the EDITED clips is so gross... pic.twitter.com/ihMmWZJMkx

After the song was released, Kanye had said he and Taylor discussed the lyrics in advance over the phone and the she "gave her blessings" to use them, adding, "Bitch is an endearing term in hip hop like the [N-word]."

Taylor's rep said at the time, "Kanye did not call for approval, but to ask Taylor to release his single 'Famous' on her Twitter account. She declined and cautioned him about releasing a song with such a strong misogynistic message. Taylor was never made aware of the actual lyric, 'I made that bitch famous.'" 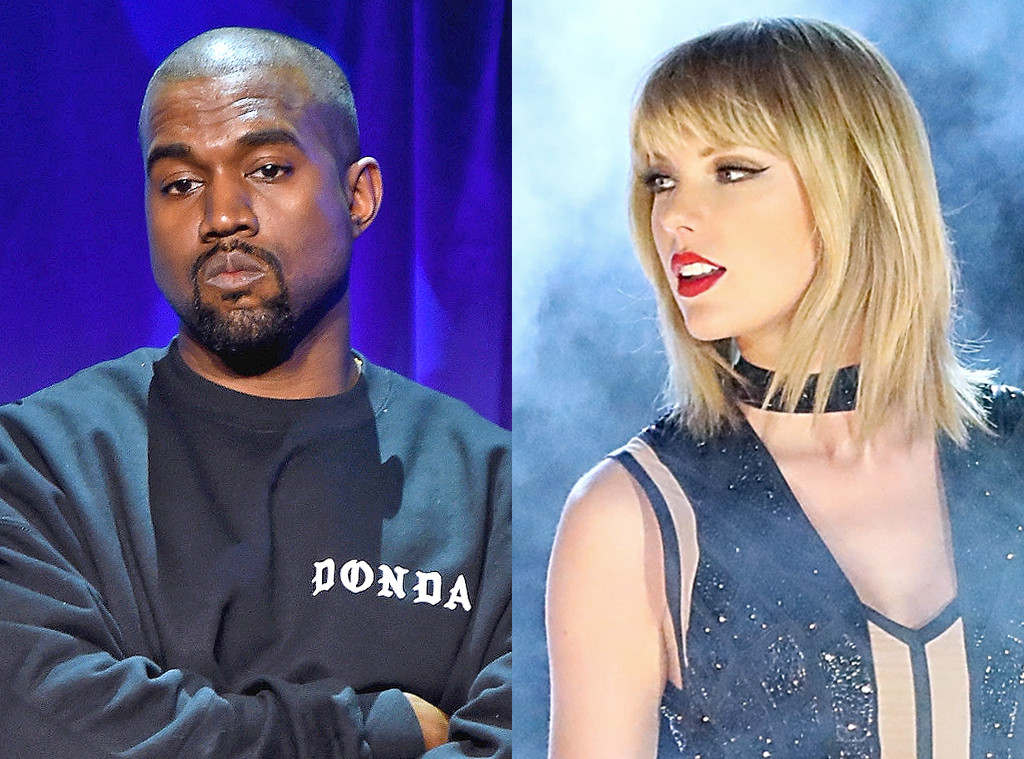 In 2016, Kim told GQ that Taylor "totally approved" the line. She added, "You completely dissed my husband just to play the victim again." At the time, Taylor's rep said that "much of what Kim is saying is incorrect," adding that the singer "does not hold anything against Kim Kardashian." Kim also later told Wonderland, "I'm a fan. I like her music. There was no shade."

Kim later released on Snapchat her edited video of Taylor and Kanye talking about "Famous" over the phone, to the rapper's delight.

Taylor later posted on Instagram, "Where is the video of Kanye telling me he was going to call me 'that bitch' in his song? It doesn't exist because it never happened." She also famously said, "I would very much like to be excluded from this narrative, one that I have never asked to be a part of, since 2009."

After Kanye released "Famous," Taylor gave an empowering acceptance speech at the 2016 Grammy Awards, telling women to never let someone else ''undercut'' their success. In 2017, she released her album Reputation and lead single and music video "Look What You Made Me Do," which is believed to have been inspired by her feud with Kanye and their "Famous" phone call.

"Some events took place to cause me to be pissed off when he called me a bitch," she said. "That was not just a singular event. Basically, I got really sick of the dynamic between he and I. And that wasn't just based on what happened on that phone call and with that song—it was kind of a chain reaction of things," Taylor told Rolling Stone in 2019.