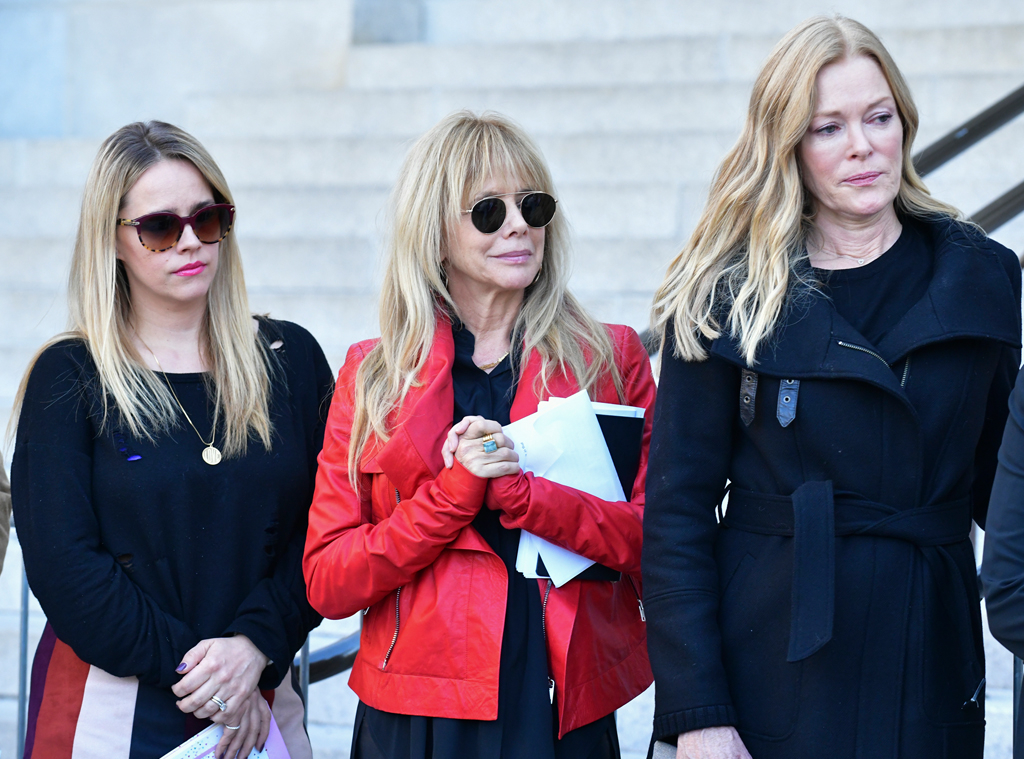 One day after the Harvey Weinstein verdict, a group of "Silence Breakers" reacted to the news at a press conference in Los Angeles.

The disgraced producer, who continuously denied all allegations of non-consensual sex, faces a sentence of five to 25 years in prison for criminal sexual act in the first degree. He will be sentenced on March 11.

Arquette called it "truly a landmark moment for survivors of rape and sexual assault," as well as "a historic leap for the #MeToo movement."

"Now we know that if we dare to speak there is a far greater chance we will be heard and our abusers will be punished," she said at one point.

She also said this was a "historic shift" she never thought she would see in her lifetime.

"I know that speaking out about rape and sexual assault is difficult if not impossible for poor women, women of color, disabled women and trans women, like my sister Alexis," she later added. "I want to say to those women: Change is coming. We are your sisters. Justice has prevailed today in this case and I hope we'll see more of it."

During a separate interview with E! News, Arquette said she "burst into tears" and "sobbed" when she heard the news of the verdict.

"It's such a long time, even talking about it was even so intense, because we've really been dealing with this for two and a half years, all of us," she exclusively E! News. "It's been extraordinary painful on many levels."

She also shared her thoughts on Annabella Sciorra's testimony, calling it "very brave," as well as "powerful and important."

When asked about her message for those who might be fearful to speak up, Arquette said, "We can't live in fear anymore."

"We have to be fearless," she added. "That's what this is about. And we just keep going. And it is painful, and it is hard…but you'll have a group, you'll have a support. There is now such a sisterhood across the world, and there will be support for you and there are places to go to get that support."

She also said she feels like real change is taking place as a result of people speaking out.

"After two and a half years we're seeing it. It's slowly but surely," she said. "Two steps forward, 10 steps back."

However, she said laws still need to change.

"The laws need to be changed now and how we deal with rape victims and how rape test need not to be shelved for years," she said. "We have to really take this seriously and end this. It's such a longer conversation." 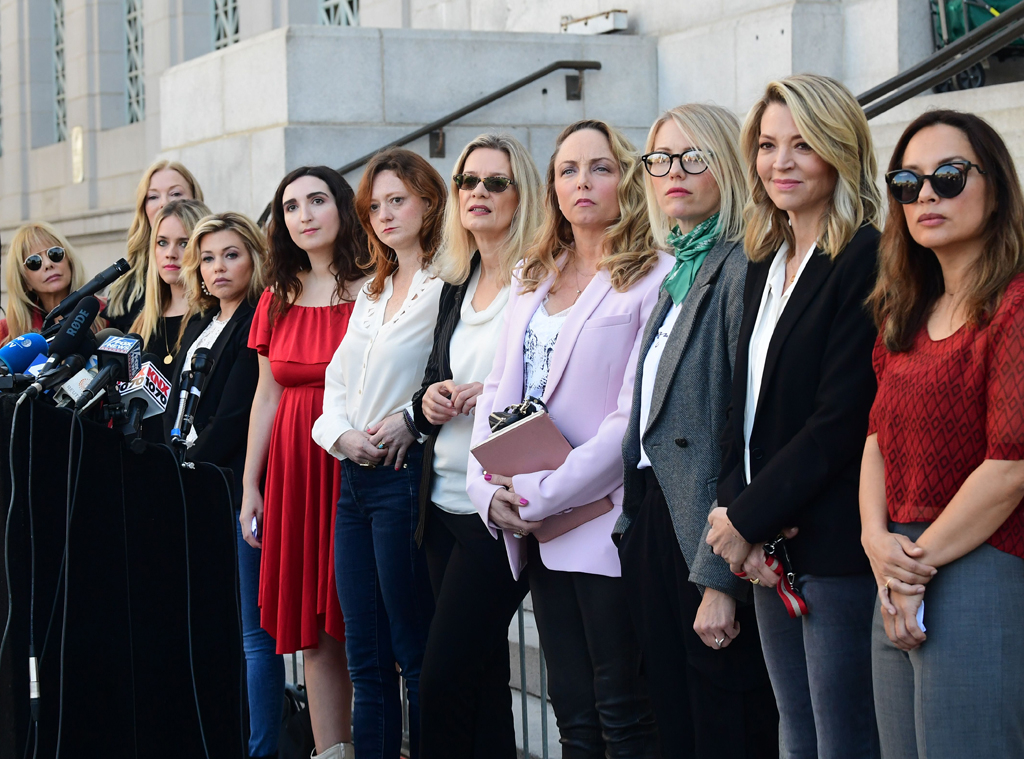 During the press conference, Masse also called the verdict a "triumph for survivors everywhere, for all of us silence breakers and for all of his survivors."

"The gratitude I feel for the women who took the stand in New York cannot be overstated," she later added. "Their bravery shines like a beacon. But we know the laws must change to fully protect survivors moving forward. So, this verdict should serve as an example so that all survivors will be heard and believed and so that all predators will be served justice."

In addition, Sagemiller Nesic said the "verdict was a loud and unwavering statement—a cry for accountability, plain and simple."

"We need to witness accountability at the highest levels to ensure that no one is above the law," she said.

Geiss also said, "It is now time to create and change laws that rise up to our enlightened society that we seem to be becoming."

"Again, it is documented that only one to three percent of these rape cases, that they get convicted," she added. "So, Harvey, congratulations on being in the top percent once again and we will get you in L.A."

Godbold also said the verdict "helped restore my belief that there are many decent people out there."

"Decent people, like the ones who sat on the jury. Decent people, who read the coverage about Harvey and say, 'I never treated a human being like that.' That is what we collectively, as a society, proclaimed yesterday—a sense of decency," she said. "We drew a line in the sand and said exploitation and bullying is not OK. It is not what we want our children to believe is normal and acceptable behavior. We uphold the right of every individual to autonomy over their own body, the right to not be bullied and abused in the workplace. This was never about Harvey. This was about what we as a society will tolerate. And I, for one, am glad that the message is clear: Hurt other people and there will be consequences. Your power and money will not protect you." 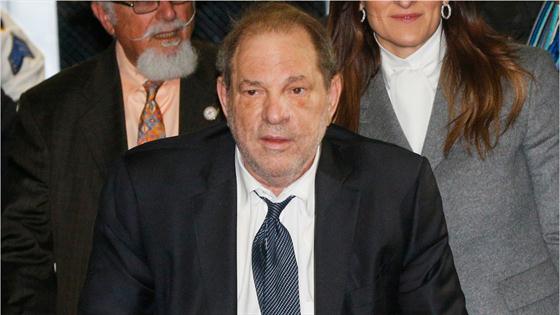 Furthermore, Sivan said the verdict was "a celebration for us, for the women [and] for all of the journalists that put their jobs on the line to tell our stories."

"But most of all, it's a win for all of us because no one should get away with what he's done in the last 30 years without accountability and now it looks like the tide has turned."

O'Connor added that "the scales of justice restored the balance of power" yesterday and that "they tipped in favor of survivors of assault and workplace inequity."

"This verdict will change the history of future generations for years to come," she later added. "To all who came forward, to all who bore testimony yesterday and before, I thank you for your solidarity. May we persist and may our voices continue to be heard."

Gomes said Weinstein's conviction gave her "a sense of peace."

"I'm not shaming myself anymore because the shame belongs with him," she later added. "I'm not silent anymore because I'm doing what I can to ensure that he can't silence one more woman. I won't fear the backlash surrounding this anymore because I have turned it into purpose. I'm not accepting the system that he created from abuse of power and intimidation because I, along with all of these women here, are too busy tearing it down."

She also said she hoped "this verdict and these trials serve as the ultimate wake-up call that our justice system and culture will reflect the safer world we all deserve to live in."

"It's so important that women continue to come forward and break their silence so that predators like Harvey can be put away," she said at one point.

Barth said she couldn't be prouder to know her fellow Silence Breakers.

"It is my hope that victims everywhere can look to this verdict—this guilty verdict—and have hope and the courage to come forward and know that you will be believed and your predator will be brought to justice," she said at one point. "I really, really believe that this is a brand-new era in the world of sexual violence. If somebody is powerful, with the resources, the unlimited resources that Harvey Weinstein has, can be brought to justice, then anyone can. So, I really encourage victims to come forward and put the shame and the blame on their perpetrator and to take it off themselves."

Dulany also thanked her fellow Silence Breakers for their support. In addition, she thanked the women who testified in the trial, the state of New York, the jurors and the prosecutors.

"This is profound," she said. "This is precedent-setting."

The entire press conference, including a Q&A, can be viewed here.