How Might Peter Weber's Season of The Bachelor End? No One Knows, But We Can Guess 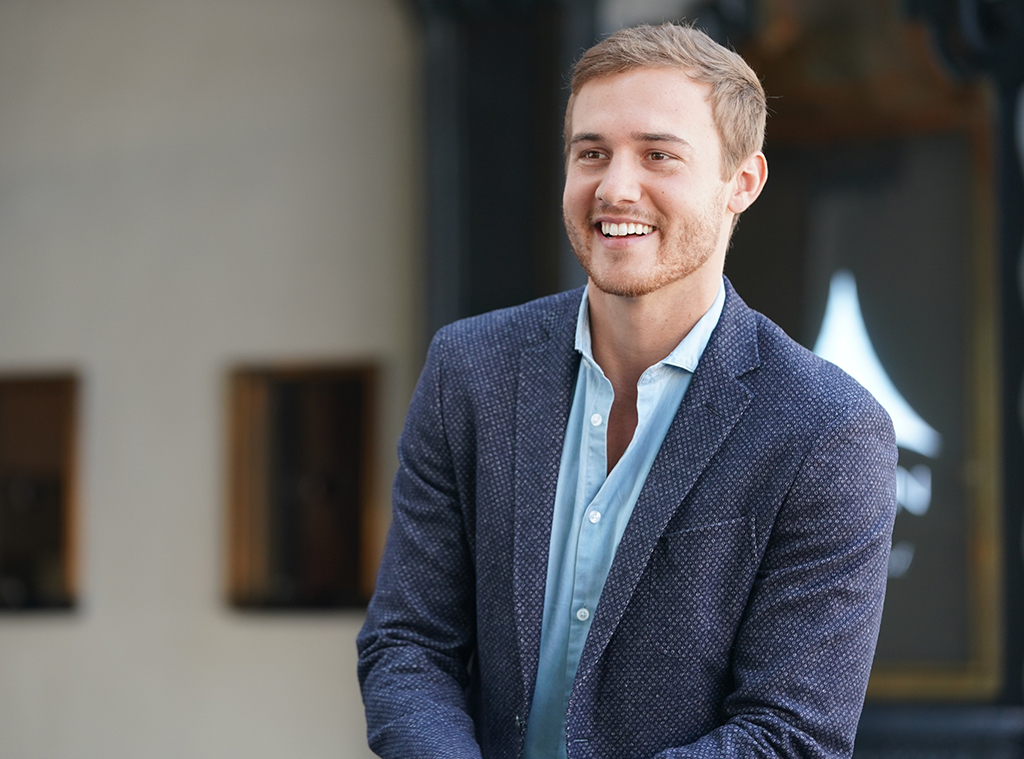 Everybody loves a good mystery, and for a lot of people, that's part of the fun of The Bachelor.

Most seasons get spoiled before they even begin airing, but many don't read those spoilers, and choose to find out the fun way: Who does the lead choose? Do they choose anyone? Who ends up totally heartbroken? How long does the villain stick around?

We're now about to be five weeks in—nearly halfway—to Peter Weber's season of The Bachelor, and his claims that his ending will go unspoiled remain accurate, at least as of press time. It might have been a mistake for Peter to say that so early, or to say it at all, but he did say it and so now we're here a few episodes into the season to try and figure out what that could mean.

Even former stars of the franchise are skeptical.

Nick Viall told E! News he's "a little intrigued with him saying that."

"I don't know how that's possible," he said. "It makes me curious. He obviously knows what happens but he might be underestimating how many people are trying to figure it out. Who knows?" 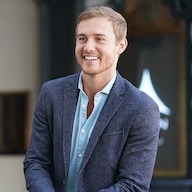 And Kaitlyn Bristowe offered a theory. The only theory, according to her.

"There's only one theory. The only way you can't spoil it is he didn't make a decision," she told us. "That's the only way. That's my story and I'm sticking to it!"

Kaitlyn herself accidentally spoiled her own season of The Bachelorette via Snapchat, but that's not hard to do. It's tricky to date someone in secret, especially when it's part of a TV production, which is essentially what happens after the Bachelor or Bachelorette make their choice. They can't spend time in public together unless they're really well-disguised, and they can't post any pictures together or from the same place, and they basically can't publicly interact until the finale airs, which can be up to six months after it was filmed.

It's not hard to imagine how you could figure out, through sources or even by process of elimination based on what the other contestants are doing post-show, who is the chosen one. And yeah, that kind of ruins the mystery for the ones who love the mystery, but it's a joy for those who love to figure stuff out. 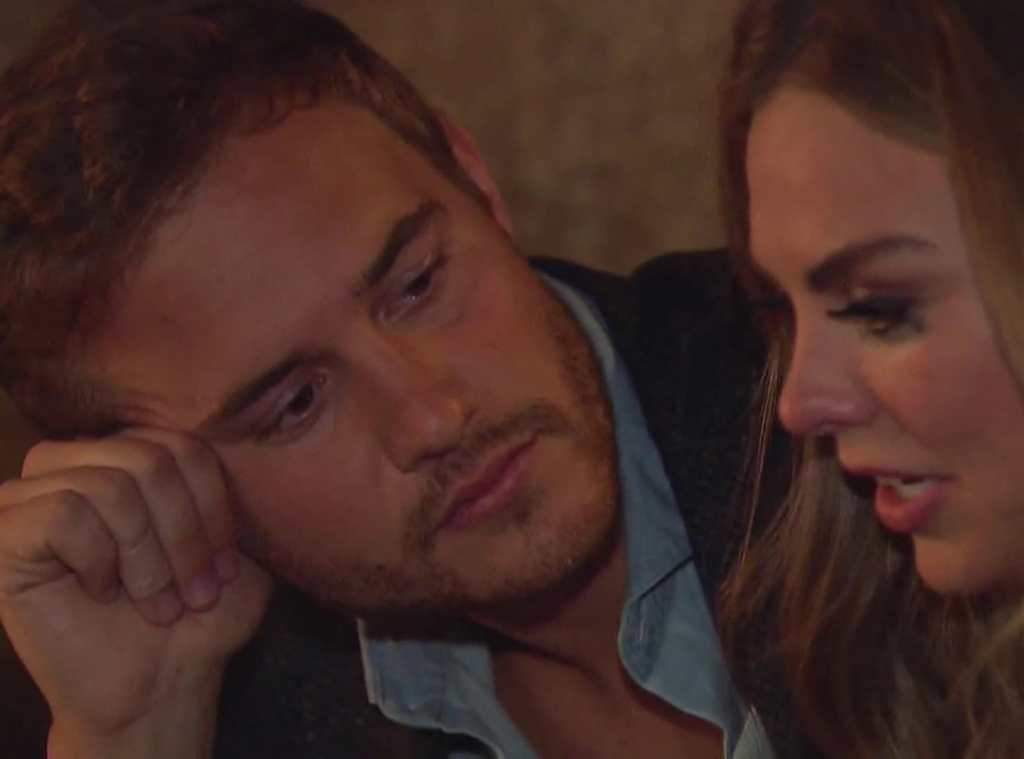 Peter claimed to us that he did not go into his season hoping to screw with the lovers of spoilers.

"It's funny, 'cause I didn't. To answer your question, no, I didn't go into it thinking this has to go unspoiled. But just kind of what happens, everyone will see is why I just feel that way. For me, I understand that there's the group that wants to get all that stuff, but I kind of relate it to football. If you know who wins the Super Bowl at the end, you kind of look at the season a little differently, or you don't look at it the same at all. So just because of the circumstances, for me it's cool to know that people can possibly follow me on this journey not knowing how it ends. It's kind of unique, and that's the reason I brought it up. But I didn't intend for it to go that way, it just did." 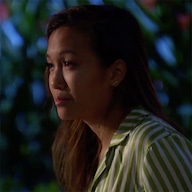 Is The Bachelor's Kelsey Too Much of a Hot Mess? Tammy Certainly Thinks So

Peter's season also opened with an ominous warning from Chris Harrison, during a scene much later in the journey, in the desert.

"Before you do what you're about to do, there is something you should know. There's something I just found out, all of us just found out. I'm not sure how all this ends, so I just wanted to give you a heads up," Chris says.

"You guys have no idea what's coming," Peter told us when we asked about that curious storytelling device. "You guys have no idea. I mean, they did a good job. It was kind of cool. I don't think I've seen the start of a season start like that. Just enjoy it, enjoy the ride. Obviously it'll all play out and you'll see what it means, but that moment was very tough, a very difficult moment for me. That week, hardest week of my life, and you guys will see why." 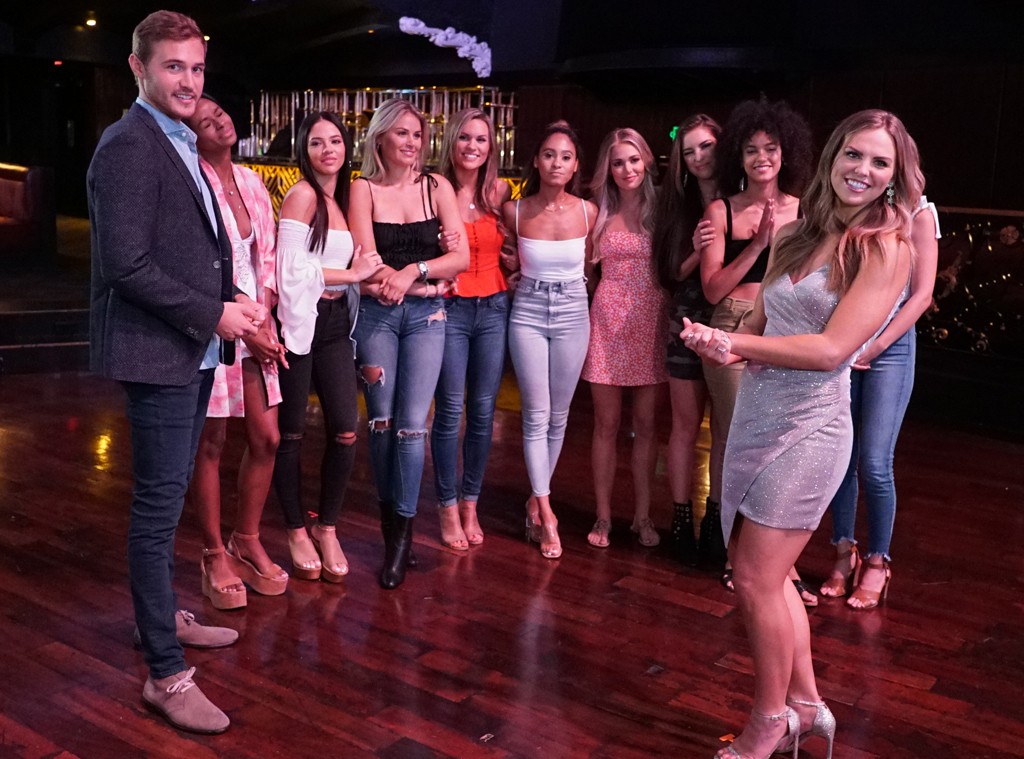 This is what Chris Harrison said about that moment:

"Someone asked me if there is a dramatic surprise ending, and I said it is a shocking, riveting, gut wrenching ending. And you saw part of that," Harrison said. "There is something that that comes to light, something that happens that just kind of turns everything on its head and it is a wild twist at the end. And geniously, Martin Hilton and the post department thought, let's kind of shine a little light on that, just so you know what's coming. And yeah, it is the most dramatic—I hate to say that but it truly is, in a very different way." 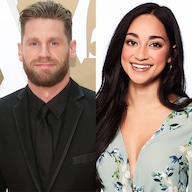 We also asked Peter what he was hoping for before his season, especially after how Colton and Hannah's seasons ended.

"I just [wanted] to be remembered as, hopefully, a great example of a love story that people can live through these next couple months, and follow along with it. But yeah, at the end, obviously every season is unique in its own way, and mine's definitely unique, and I couldn't have expected it to go the way it did, but it's real life." 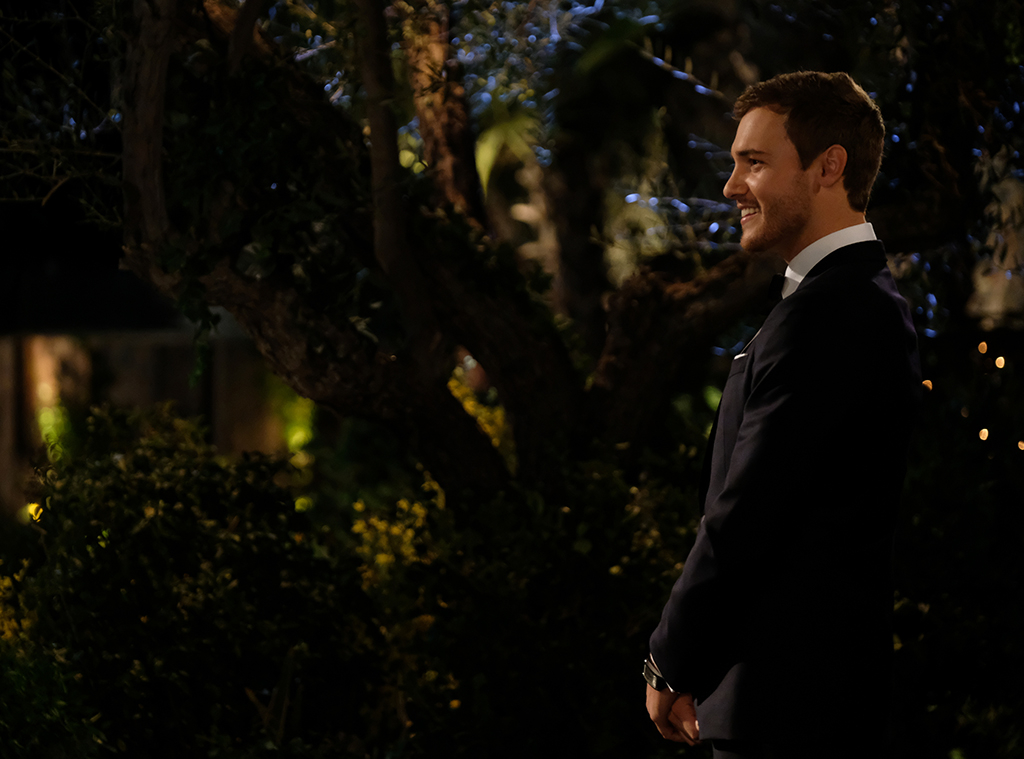 There have been quite a few "unique" endings in this franchise.

The first season to not end in a proposal was season four of The Bachelor. Bob Guiney did not propose to Estella Gardinier, but he did give her a promise ring, and they broke up shortly after. Season five's Jesse Palmer, season seven's Charlie O'Connell, season eight's Travis Stork, and season nine's Lorenzo Borgheze all did not propose. In season 11, Brad Womack didn't choose anyone. Jen Schefft also rejected both proposals on The Bachelorette season three.

Jason Mesnick, of The Bachelor season 13, is still remembered for proposing to Melissa Rycroft and then dumping her before asking Molly Malaney for a second chance on live TV and going on to live happily ever after with her.

Juan Pablo Galavis didn't propose and he made everyone absolutely hate him, which you could argue was unique, and then came Ben Higgins. He proposed in the end, but first, he fell in love with two women and he told them, which is usually a no no. 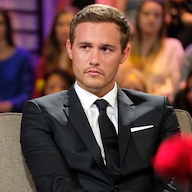 Things started to get really interesting in Bachelor land in season 22, when Arie Luyendyk Jr. was brought back for his own season. He first chose and got engaged to Becca Kufrin, but then, after their engagement, he changed his mind. He broke up with her on camera, and then went to try for a second chance with Lauren Burnham. He and Lauren are now married with a baby, and Becca went on to be the next Bachelorette.

Colton Underwood's season of The Bachelor ended with an incredible fence jump during Colton's attempts to escape production, and then he sent the other women home before asking Cassie Randolph if she would just date him, which she is still doing to this day.

And then we all know the story of Hannah Brown, who found what she thought was true love with Jed Wyatt. They got engaged, and then all hell broke loose with reports that he had a girlfriend before he went on the show. He didn't think it was serious, but they had said the "L" word. They had planned vacations! Hannah broke it off, and ended up asking her runner-up for a drink on live TV. 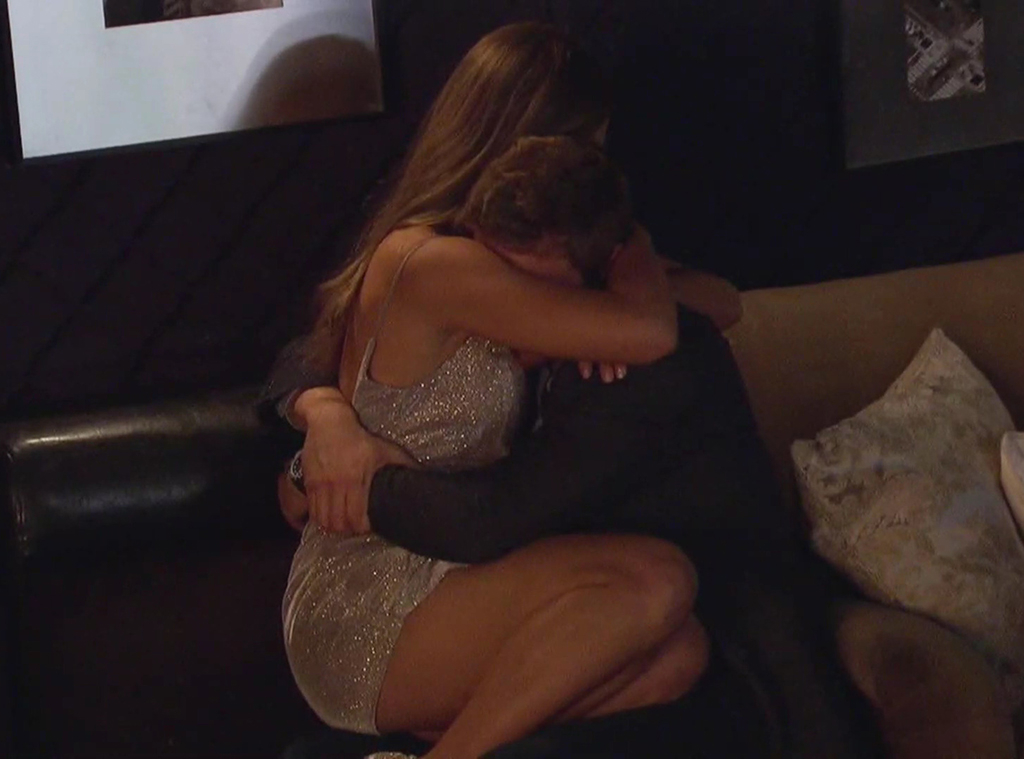 Hannah's season is the first in several years to end without an ending, so it was shocking but also not that shocking to see her pop back up at the beginning of Peter's season. She was supposed to help out with a date, but instead, she and Peter had a long discussion about the feelings they both still had, and how hurt he was when she asked Tyler Cameron out instead of him.

Their talk also didn't really come to a conclusion, as far as we saw. Peter just said he couldn't do this, and so they both went on their way, and fans were left to speculate on whether or not Hannah and Peter have a future, and whether or not she could play into his unique and riveting ending. 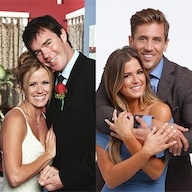 We definitely know that Hannah did not join Peter's season, and that she remained on Dancing With the Stars all the way up until the end, when she won, but we don't know for sure that she's not part of Peter's love life now.

We can figure out who makes it to the end of the season, but what happens after that? Is Peter engaged? Did he end up alone? Is he with Hannah, or did some other wrench get thrown into the season?

Based on Peter's comments about "circumstances," it doesn't sound like the unspoilable nature of his ending was something intended, but it just happened that way, and it's something unlike what has happened before. So he's not just engaged to the love of his life, and he didn't just end up alone. Could he not make a choice, so he continued to date them both? Is he waiting to propose during the live portion of the finale in a few months, which is actually a really smart idea in general?

There are definitely theories we're missing here, like the fact that maybe one of the women reveals herself to be from outer space, or Peter's chosen partner turns out to be secretly married, or every single one of the ladies quits when it turns out Peter can't make a decision, which he proved he has some (valid) trouble doing in this past week's episode.

Whatever it is, we just hope it's actually as dramatic as it sounds, and that it can live up to the past two seasons. Our expectations are high, whether they should be or not.

The Bachelor airs Monday and next Wednesday at 8 p.m. on ABC.