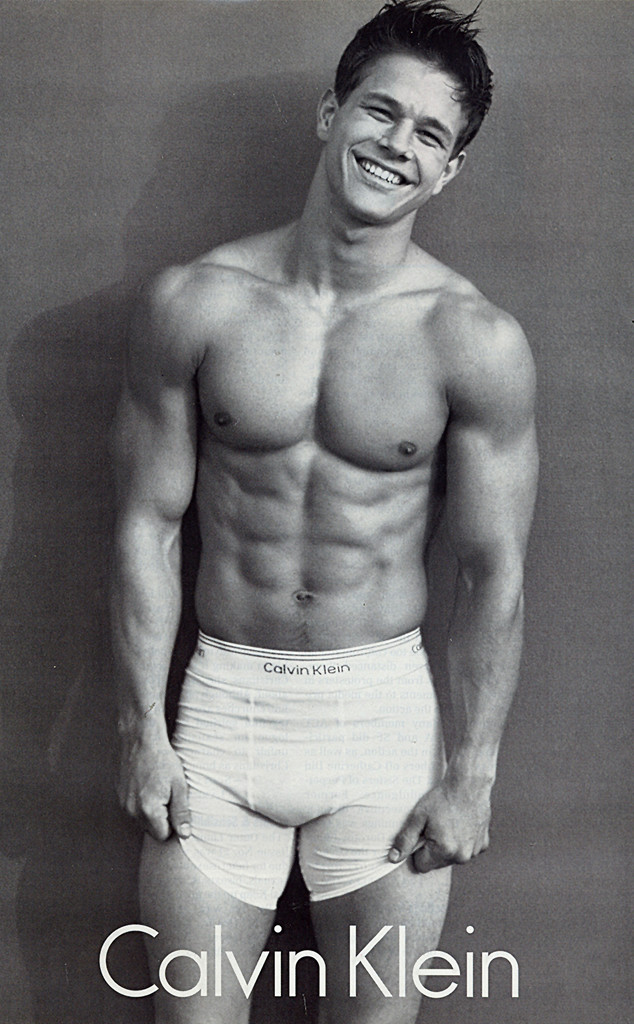 Cheers to Marky Mark and his funky (and fun) bunch of movie roles!

Today, Mark Wahlberg turns 48 years old and boy oh boy the man is just getting better with age. Sure, we will forever be grateful for his Calvin Klein ads and his epic rap game when he was known as Marky Mark in the early '90s, but his time as an actor is really what we're thankful for today.

From The Perfect Storm and Planet of the Apes to All the Money in the World and 2018's Instant Family, Wahlberg has pretty much played any, and every, role we could imagine him in.

Mark Wahlberg Shows How Ted 2 Got Made

He's made us believe in the every-man with his role in Invincible and restored our faith in humanity with Patriots Day and there is plenty more where those came from.

The actor can do drama, action and of course comedy—we're looking at you Ted and The Other Guys—and we really can't wait to see what he does next.

As we toast to the father of four on his birthday, why don't you check out his most memorable roles thus far below. Oh, and vote for your favorite film...even though it won't be easy! 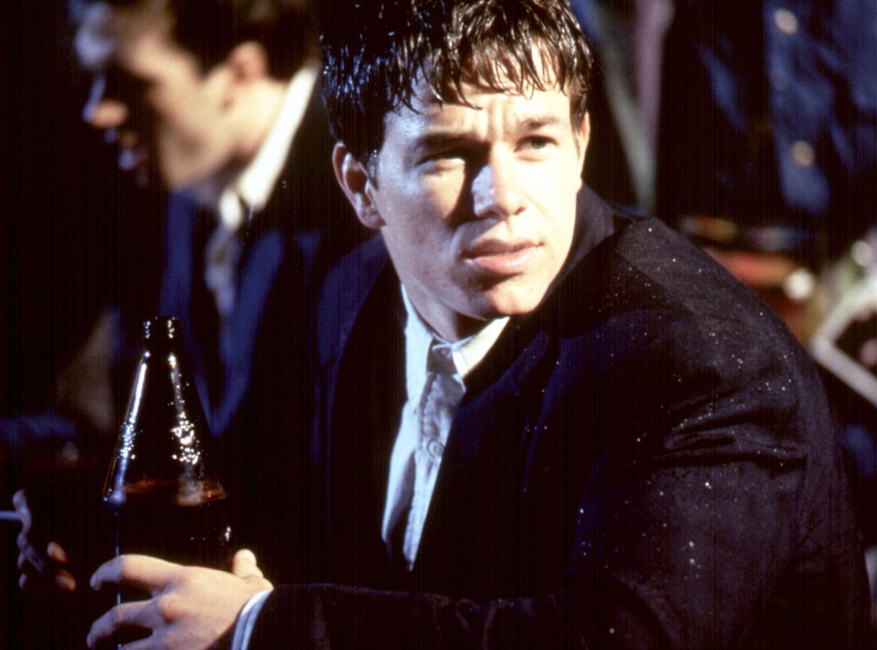 In 1995, Mark Wahlberg made his big screen debut with The Basketball Diaries. The film, which also starred Leonardo DiCaprio, is an adaptation of Jim Carroll's (played by DiCaprio) epistle about his teenage years as a basketball player who dreams of making it big, but his drug addiction and complicated life gets in the way. 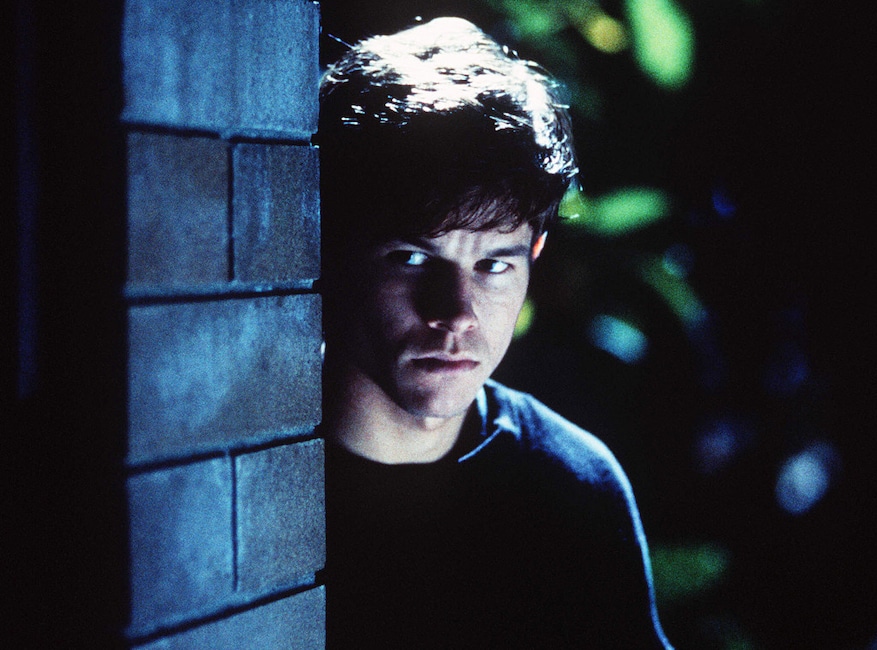 Fear is exactly what it sounds like...a total thriller. It all starts with Nicole (Reese Witherspoon) meeting David (Wahlberg). Despite his charming persona, Nicole soon learns that David has a dark side and her love towards him quickly turns into fear. 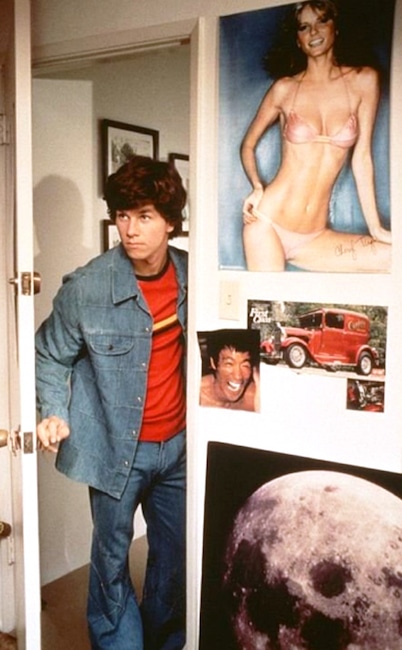 In 1997, Wahlberg made a big splash in the film world thanks to Boogie Nights, which shows the actor as a busboy named Eddie Adams, who after being scouted by an adult filmmaker, enters the world of pornography as its rising star, Dirk Diggler. 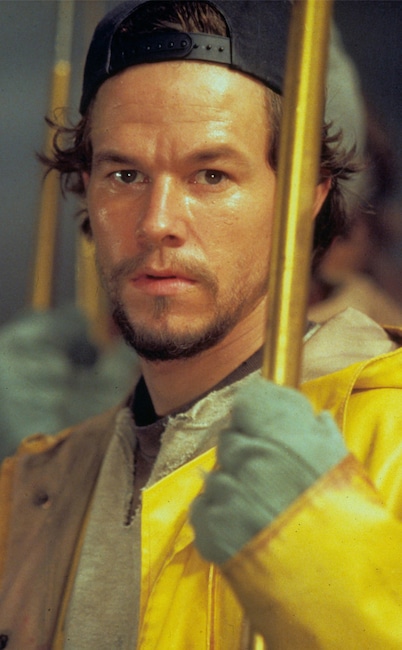 The Perfect Storm tells the story of six fishermen who set out in October 1991 and unknowingly sail into the biggest, most perfect storm ever on record in the North Atlantic. The film, which is based on a true story, stars Wahlberg as Bobby Shatford, George Clooney as Billy Tyne and many other big stars. 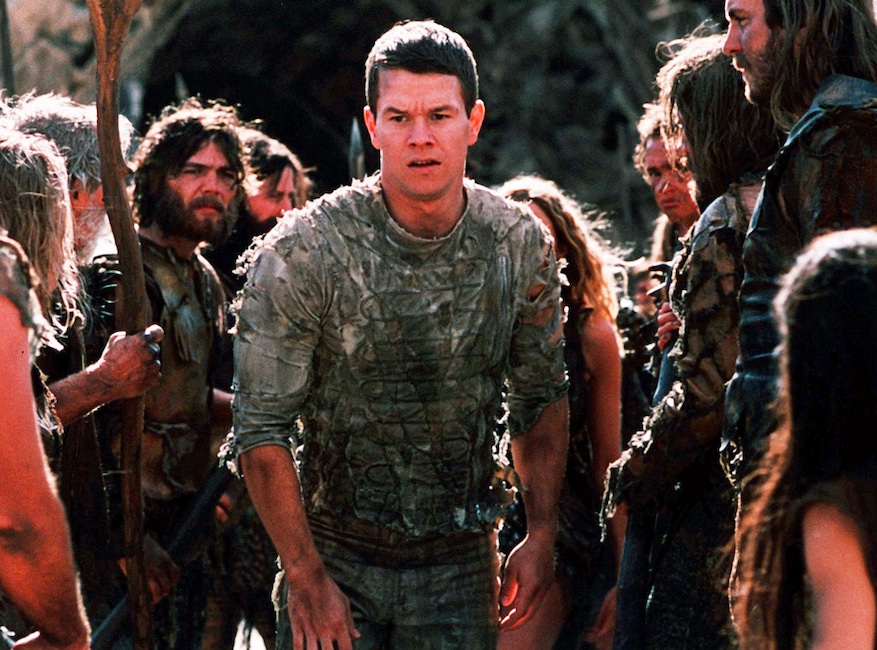 Planet of the Apes

In the year 2029, astronaut Leo Davidson (Wahlberg) finds himself in a space time wormhole, which results in him landing on a planet were apes are the rulers over the human race. With the help of a few human rebels, and a chimp named Ari, Leo tries to evade the Gorilla Army. 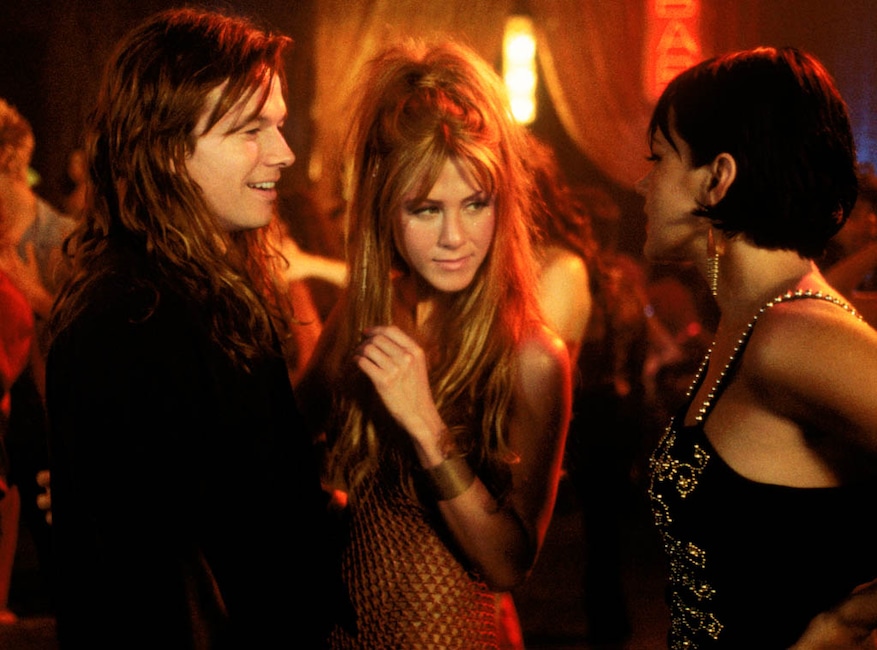 Chris "Izzy" Cole (Wahlberg) has dreams of becoming a rock star, but only he and his girlfriend Emily (Jennifer Aniston) believe he can do it. That all changes when the frontman of his favorite band is ousted and Chris is called to replace him, since he is the best cover band singer of Steel Dragons in Pennsylvania. Fame however isn't all it's cracked up to be, even if you are getting to sing for millions every night. After he is betrayed by his partner and left for dead in Italy, Charlie Croker (Wahlberg) gathers the rest of his team to plan an elaborate heist which will also ruin their former ally. 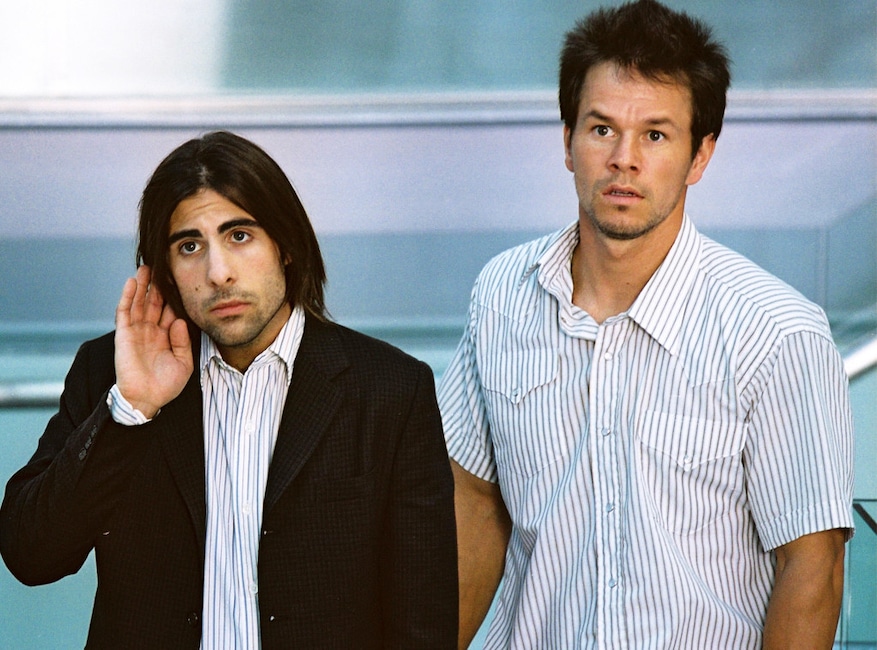 I Heart Huckabees follows the husband-and-wife team of Bernard (Dustin Hoffman) and Vivian (Lily Tomlin) as they help others, one being Tommy Corn played by Wahlberg, solve their existential issues and move forward as individuals. 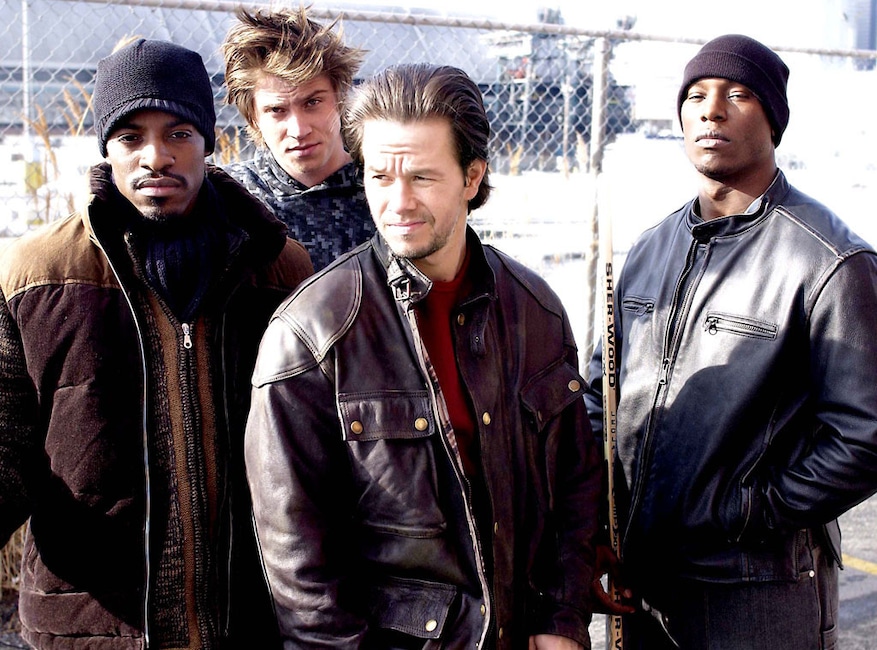 When their adopted mother is killed in a robbery, brothers Bobby (Wahlberg), Angel (Tyrese Gibson), Jeremiah (André Benjamin) and Jack Mercer (Garrett Hedlund) look into the murder themselves and it's definitely not what it seems. 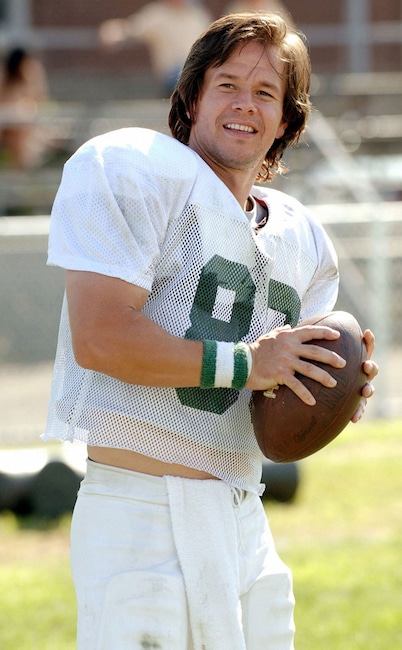 Based on a true story, Invincible shows what happens when 30-year-old bartender Vince Papale (Wahlberg) tries out for the Philadelphia Eagles in 1976, despite being down on his luck and being just a regular guy who was good at football. 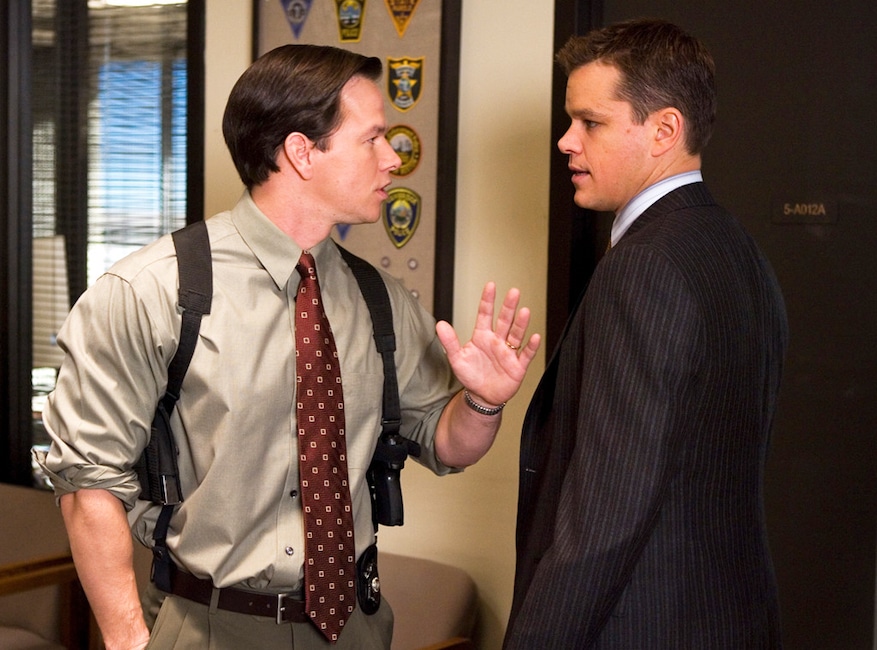 The Boston native plays Dignam in The Departed, which is about an undercover cop and mole in the police who are both trying to identify one another while infiltrating an Irish gang in South Boston. 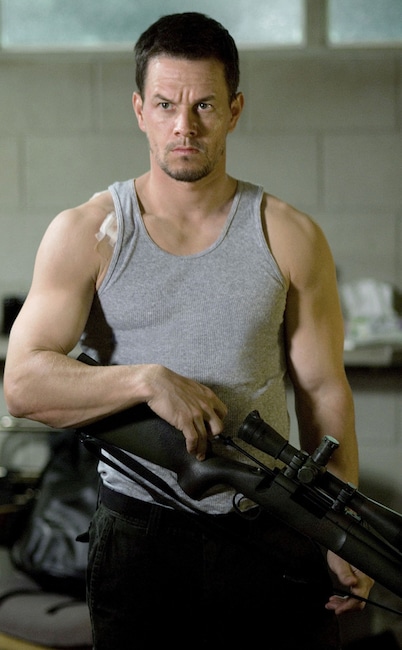 Bob Lee Swagger (Wahlberg) is one of the world's greatest marksmen who after being in war moves to the Rockies to escape it all. He eventually is coaxed back into the world of sharp shooting after being recruited to protect the President of the United States and figure out who wants him dead. When the president is shot at, Bob becomes the fall guy and even though he is now on the run he must be smart and find out why he was set up in the first place. 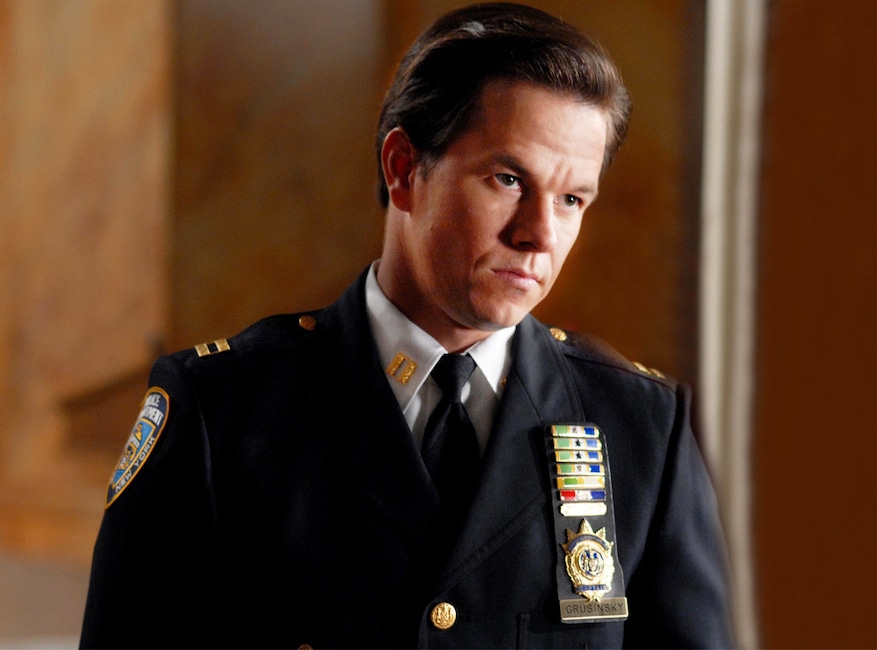 We Own the Night

Brooklyn in 1988 was ruled by crime, drugs and violence. The lines however begin to blur when two brothers, one a cop (Wahlberg) and the other a club owner (Joaquin Phoenix) who has drug dealers at his establishment, team up to take down a Russian thug who has threatened the family and also wants to do business at the club. 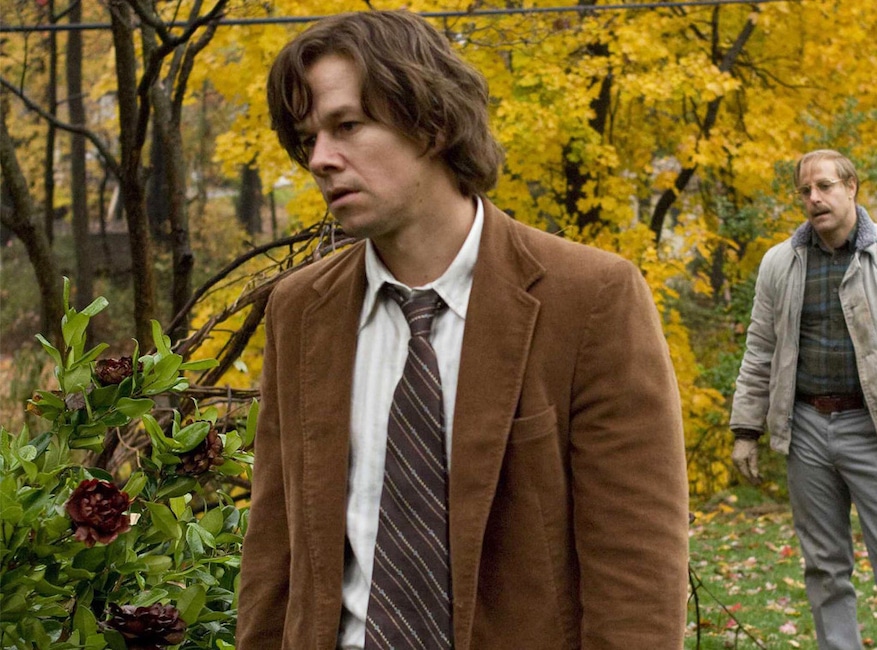 The Lovely Bones tells the story of a 14-year-old girl's murder in the 1970s from her own perspective, as she resides in purgatory and knows she must help her family solve the crime and get closure. In the film, Wahlberg plays the girl's father who hears her from time to time and won't stop until the killer is behind bars. 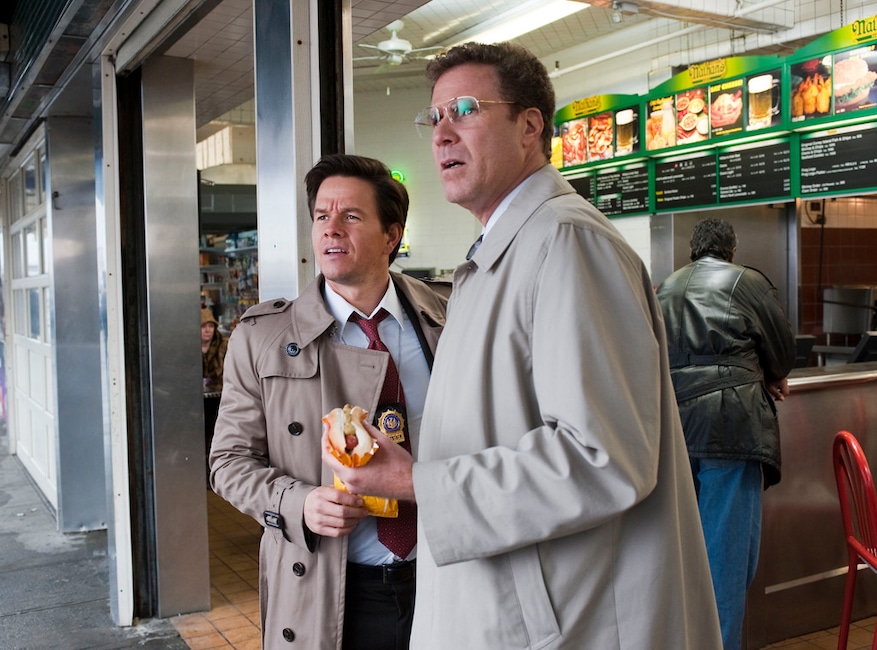 Need a good laugh? Then you should definitely watch The Good Guys, which focuses on two mismatched New York City detectives, Allen (Will Ferrell) and Terry (Wahlberg), who try and step up their game to match the department's finest duo, but things don't come so easy for them. 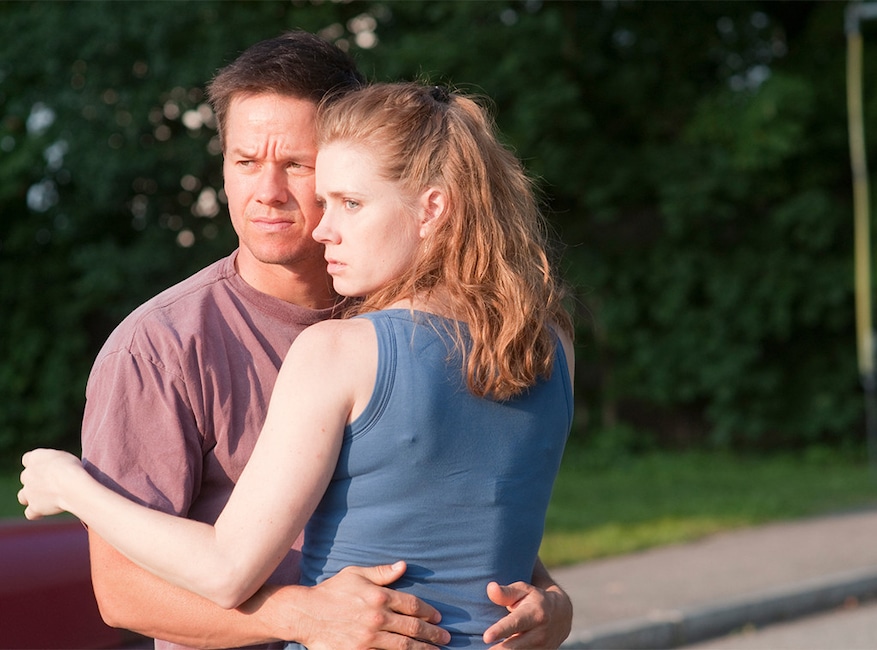 In 2010, Wahlberg took on another real-life person in The Fighter. He plays boxer Micky Ward, who has talent but must escape his famous brother's shadow for a shot at his own boxing glory. 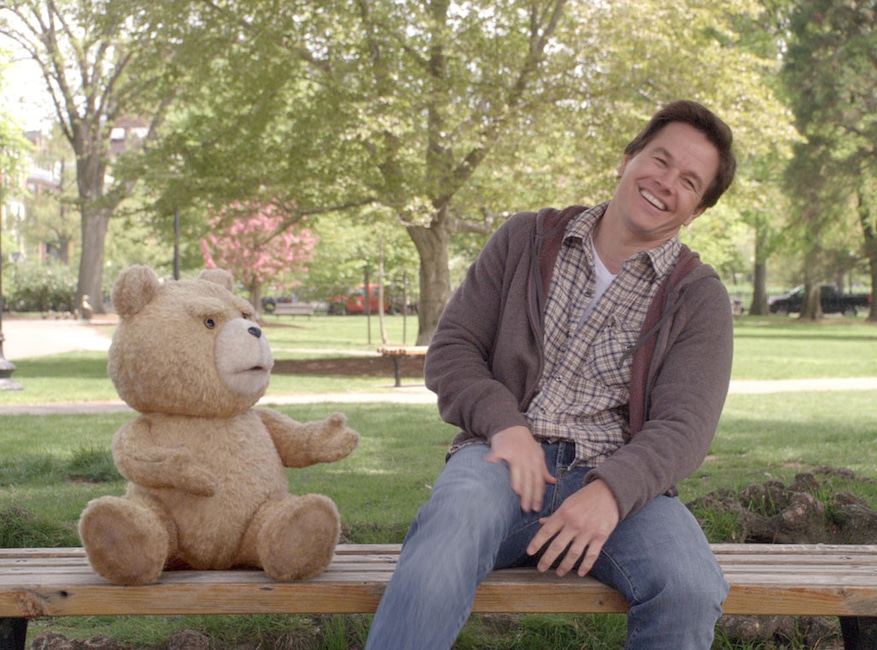 Once his childhood wish of bringing his teddy bear named Ted (Seth MacFarlane) to life comes true, John Bennett (Wahlberg) struggles between his friendship with his bear and his girlfriend, not to mention his adult life in general. In 2015, he reprised his role as John but this time, his character must help Ted and Ted's wife prove he is a person in a court of law in order to have a baby. 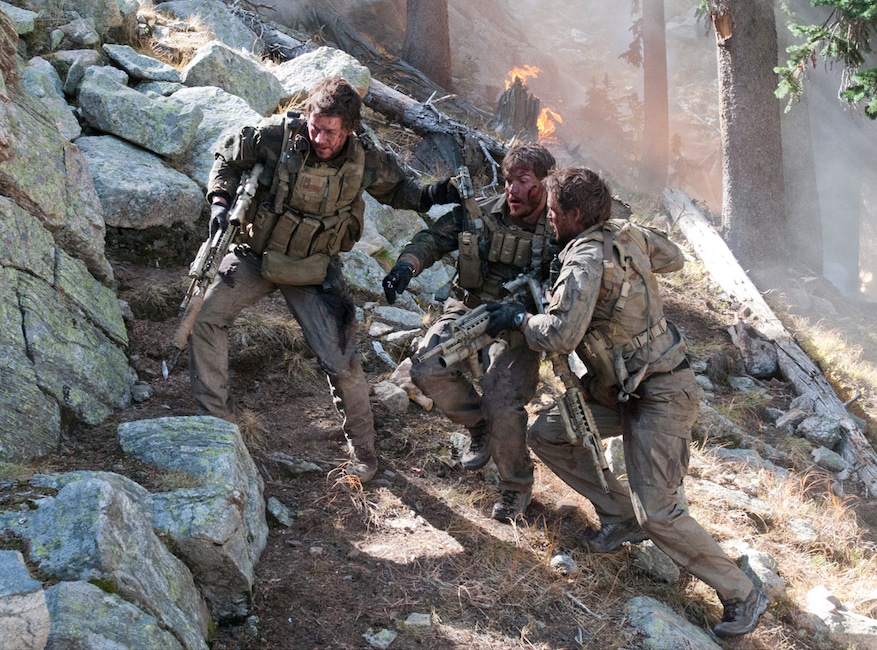 The biographical film reveals what happened in late June 2005, when Marcus Luttrell (Wahlberg) and his team were on a mission to capture or kill Taliban leader Ahmad Shah. When things go awry, Marcus and his team are left to fight for their lives. 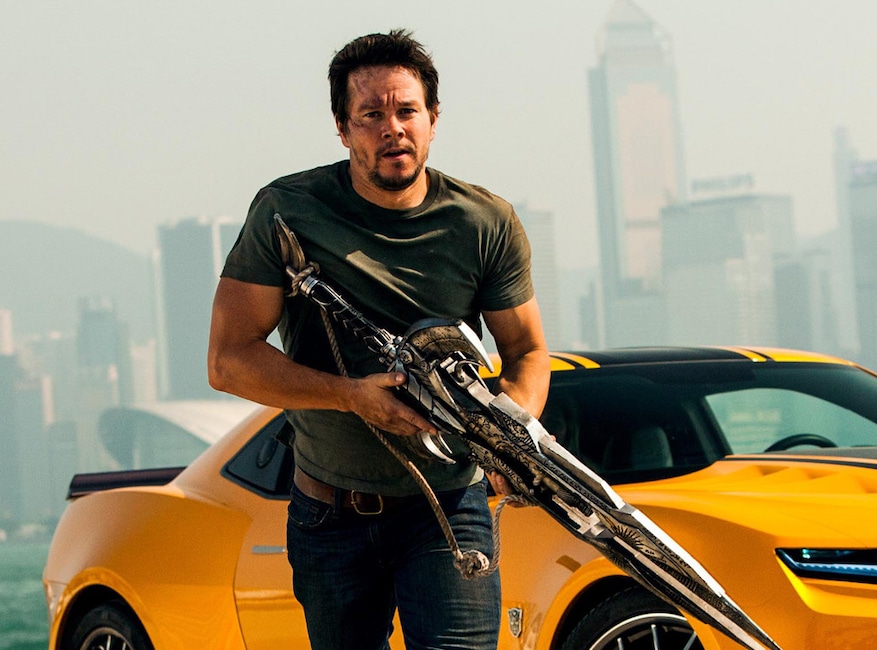 Now that the humans think all alien robots are bad, Optimus Prime turns to a mechanic named Cade (Wahlberg) and his family while on the run from a bounty hunter. In 2017, Wahlberg again played Cade in the follow-up film, Transformers: The Last Knight. 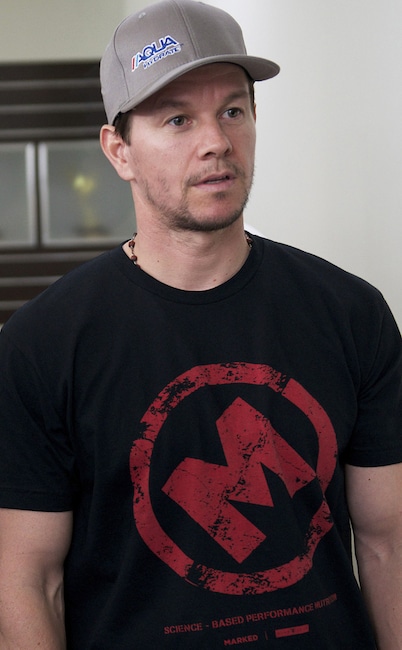 Following the hit TV series, Entourage the movie came out in 2015. In the movie, Vincent Chase (Adrian Grenier) is a movie star who is back in business with his agent Ari Gold (Jeremy Piven) to do a project that will be his directorial debut. Of course his best friends are also in the film as is Wahlberg who plays himself...which he also did on a few different episodes of the HBO series. 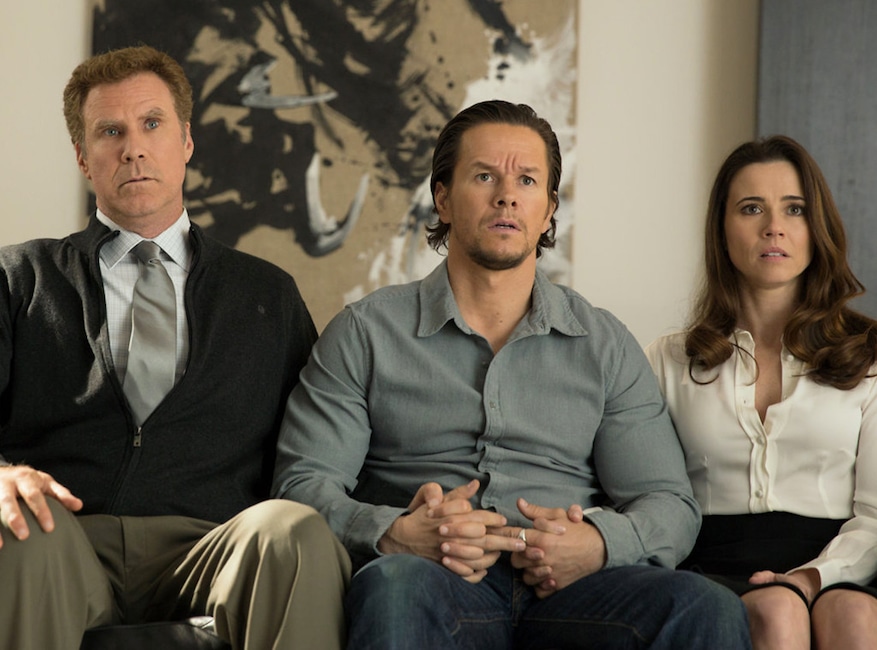 In 2015, Wahlberg and Ferrell reunited to play rivals dads. As Brad (Ferrell) is trying to get his stepchildren to love him, he must face off against their real dad, Dusty (Wahlberg), when he unexpectedly returns to town. The two actors came back for the sequel in 2017 as well. 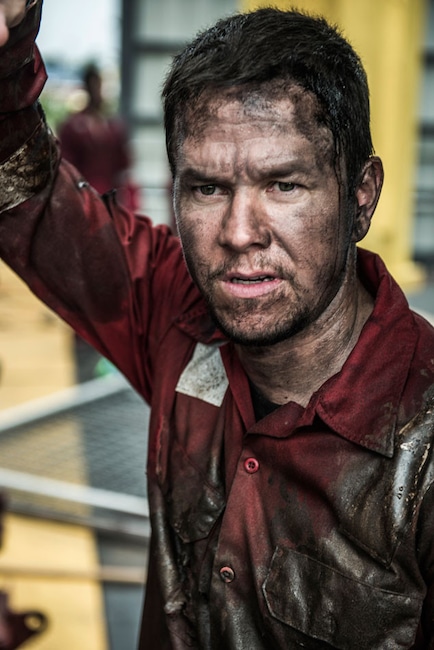 Deepwater Horizon is a dramatization of the disaster in April 2010, that ended up being the worst oil spill in American history. The film shows the horror that happened when the offshore drilling rig called Deepwater Horizon exploded with Mike Williams (Wahlberg), Jimmy Harrell (Kurt Russell) and more on board. 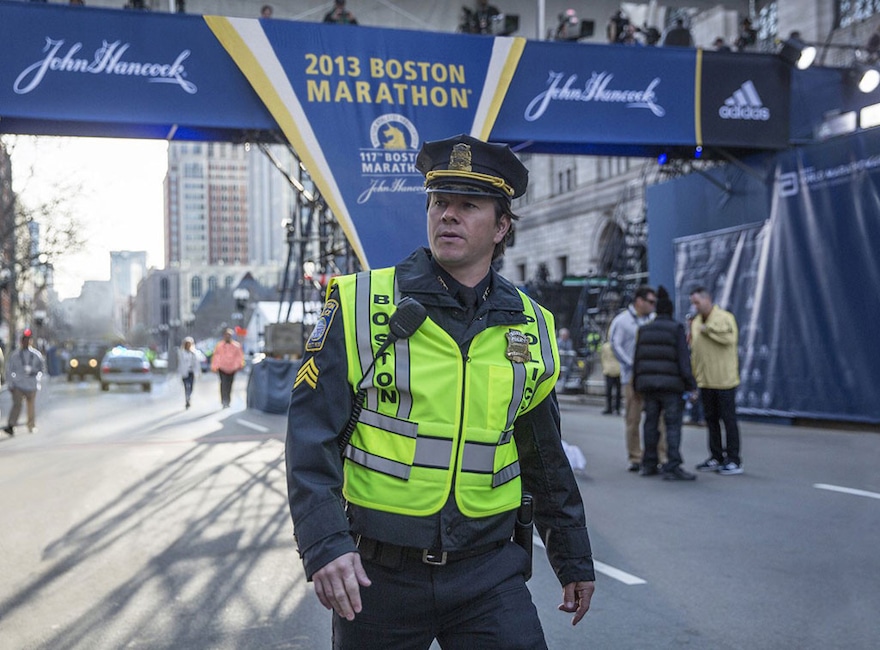 Patriots Day tells the heroic story of what happened after the 2013 Boston Marathon bombing, including a city-wide manhunt performed by police officers like Tommy Saunders (Wahlberg) in order to find the terrorists responsible and make Boston safe once more. 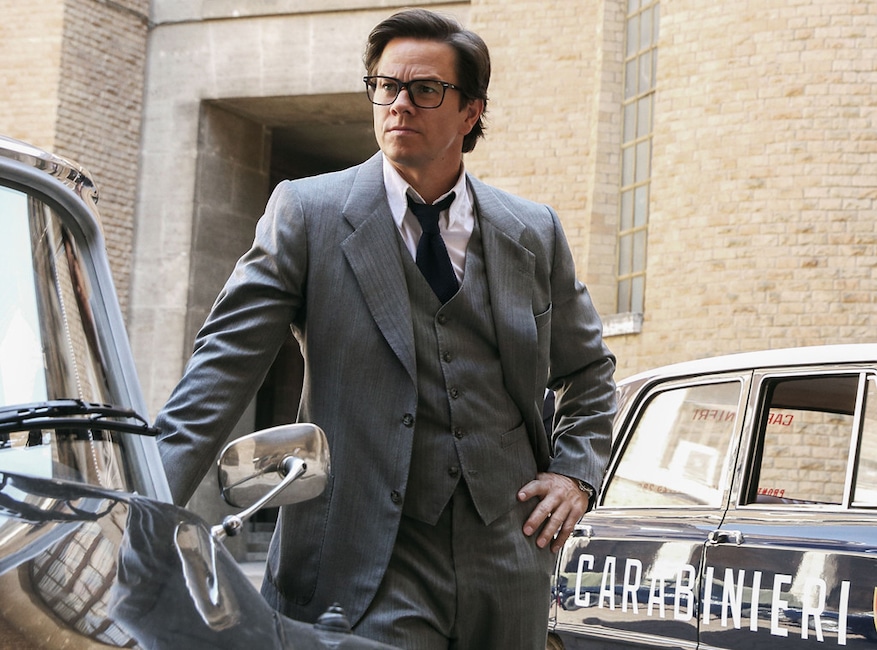 All the Money in the World

In 1973, John Paul Getty III (Charlie Plummer) was kidnapped in Rome and held for ransom, one that his grandfather, Jean Paul Getty (Christopher Plummer) doesn't want to pay, nor does he plan on paying. John's mother Gail (Michelle Williams) is determined to bring her son back alive even without the help of Jean Paul, who is the richest man in the world. She teams up with Jean Paul's security man Fletcher Chace (Wahlberg) in a race against time that will prove that love should win over money. 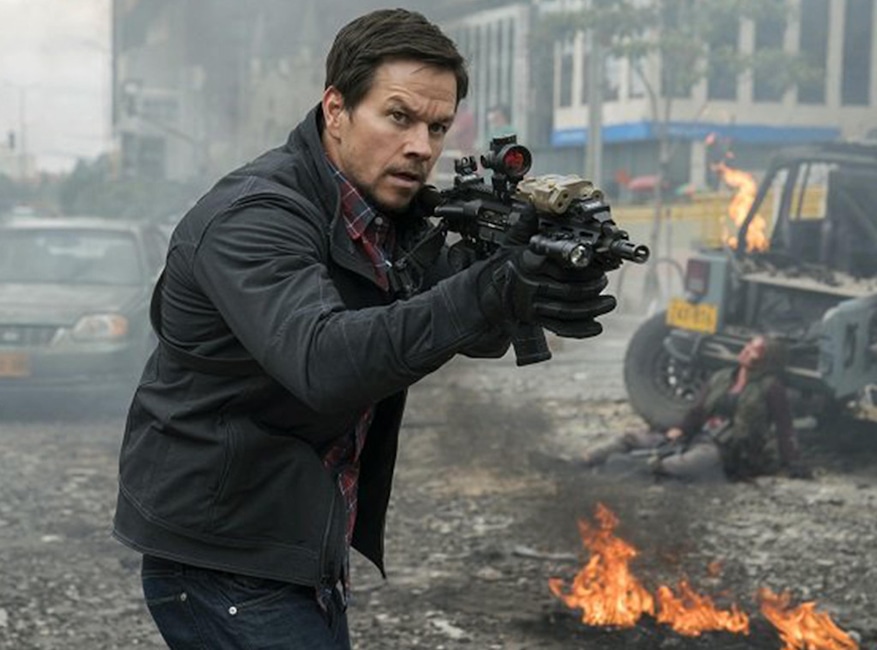 James Silva (Wahlberg), along with his team of CIA's most prized and least understood soldiers, must transport an asset who has information they need to Mile 22 before the enemy closes in. 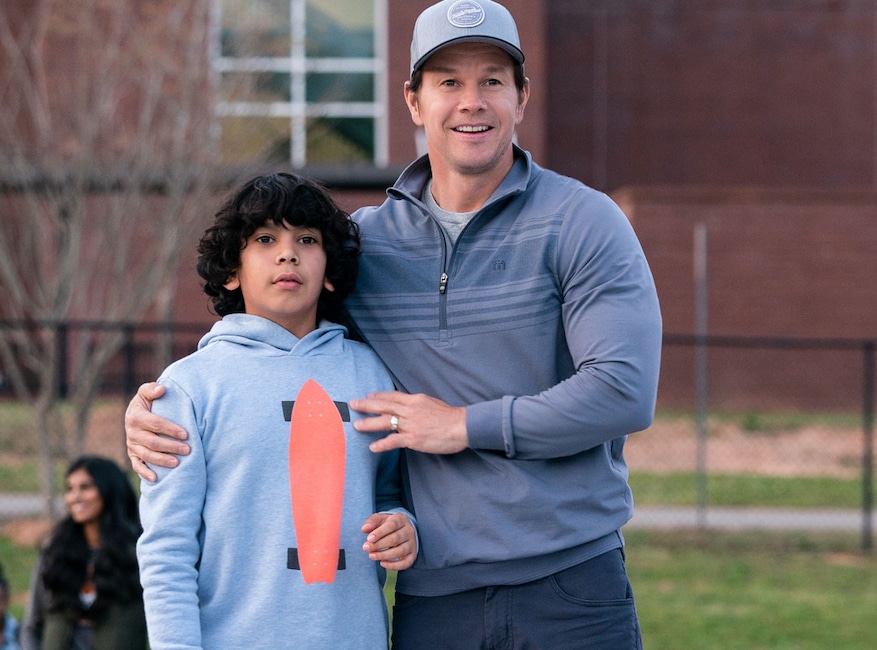 Pete (Wahlberg) and Ellie (Rose Byrne) find themselves in over their heads when they decide to foster three children in this 2018 comedy.