9 Things You Missed When Watching Ariana Grande's ''Thank U, Next'' Music Video

Ariana Grandefinally released the highly-anticipated music video for "Thank U, Next" and it is a cinematic masterpiece.

From all the celebrity cameos to the adorable shout-outs, Ariana gave the people what they wanted and so much more. According to a rep from YouTube, "Ariana Grande broke YouTube records when she debuted her new music video, "thank u, next" using YouTube's Premiere feature. The video had 829K viewers watching simultaneously at peak which makes this video the biggest Premiere ever on YouTube."

Moreover, her loyal "fans sent over 516K chat messages which is also an all-time record for Premieres on YouTube."

And it wasn't just the Arianators that were squealing in delight over the music video. The 13 Going on 30 actor, Mark Ruffalo, told Ariana, "Having some Razzles (it's a candy AND a gum) in your honor, @ArianaGrande! #thankunext."

To see all the Easter eggs Ariana planted in her latest and greatest music video, check out the gallery below! 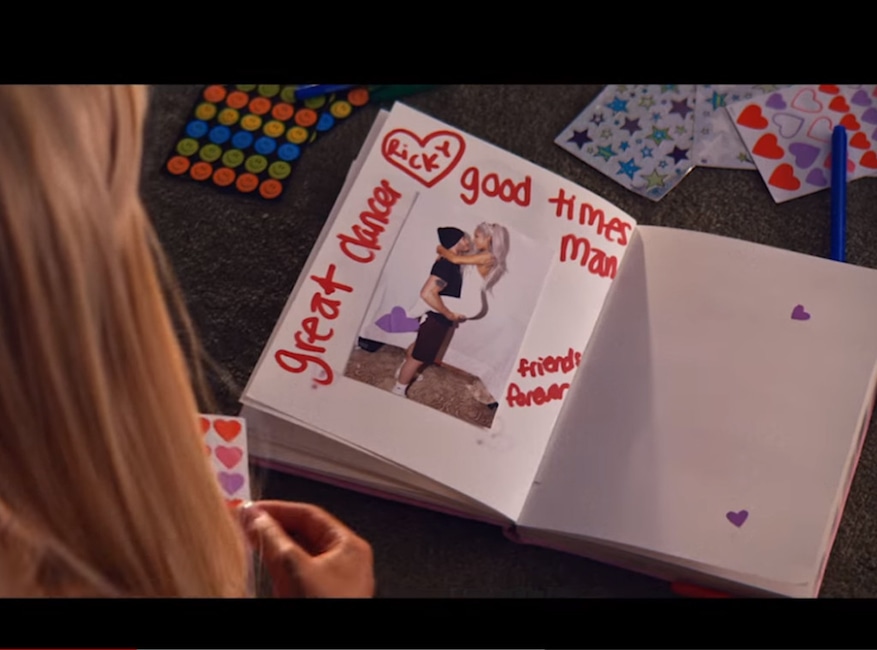 This clip was so fast you might've missed Ari's shout-out to ex-boyfriend Ricky Alvarez. In the Burn Book, the Dangerous Woman singer writes things like, "Good times, man," "Friends forever" and "Great dancer." See, exes can be friends! 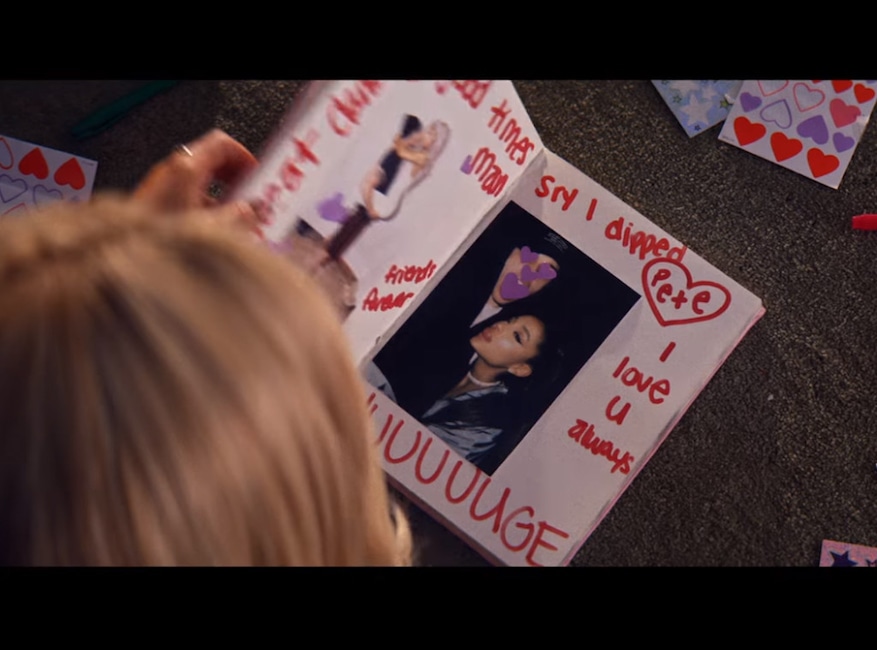 Pete Davidson even got his name written in the Burn Book! Rather than writing evil comments like Regina did in Mean Girls, Grande wrote some pretty sweet things. On the page dedicated to her ex-fiance she wrote, "Sry I dipped" and "love u always." She also wrote the word "Huuuuuge," but one can only guess what that is referencing. 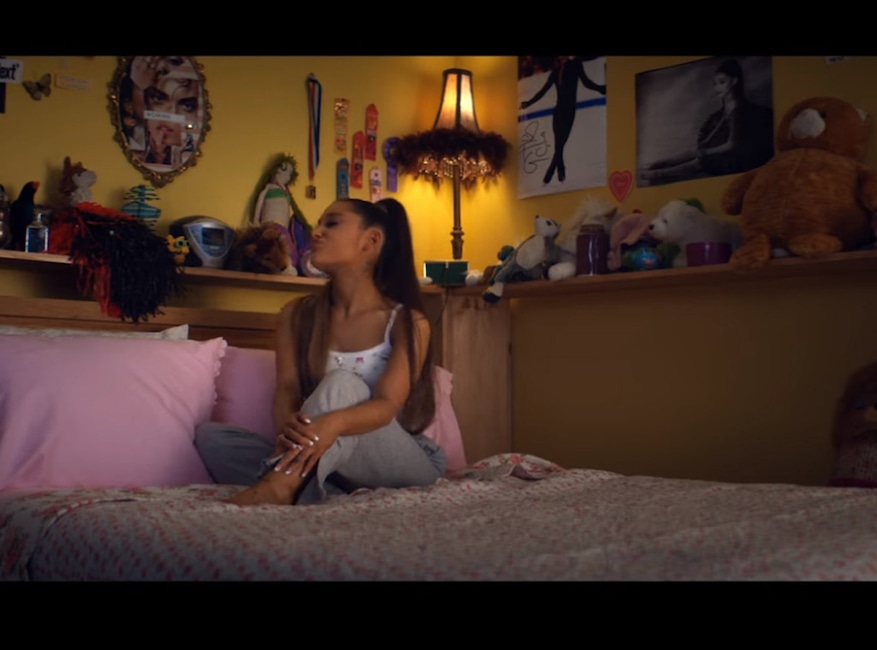 Someone else who got a shout-out in the nostalgia-filled video was Ari's brother Frankie Grande. Eagle-eyed fans pointed out that his signature is on the picture of a figure skater in the upper right corner. And it is even included in the doll house from the 13 Going on 30 throwback. 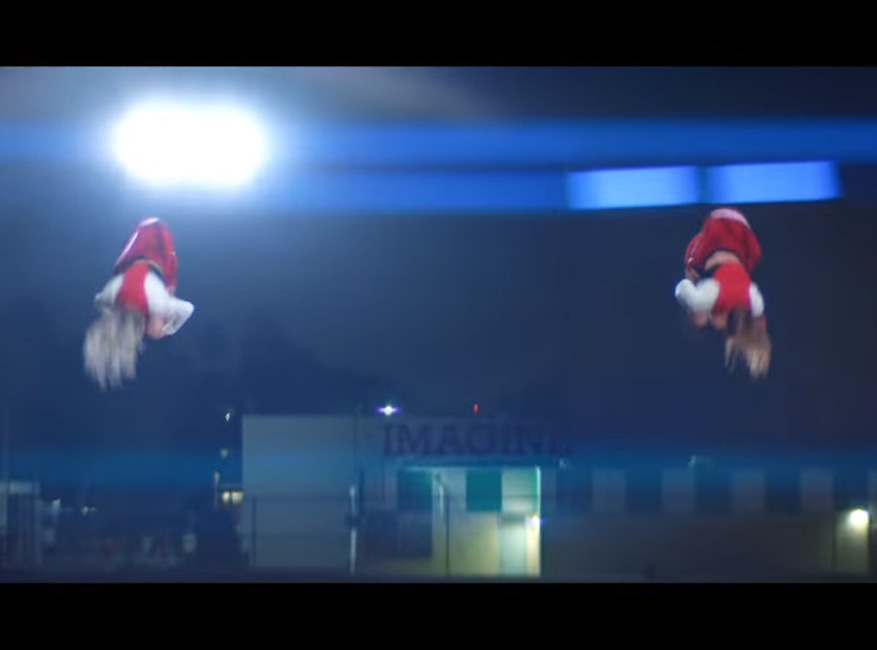 Blink and you might've missed this one. As she did in the music video for "Breathin'", Ariana and her team teased the track list for the highly-anticipated new album. And once again, one of the rumored names for a song popped up in the video. So, maybe this clip confirms she will be releasing a single named "Imagine." 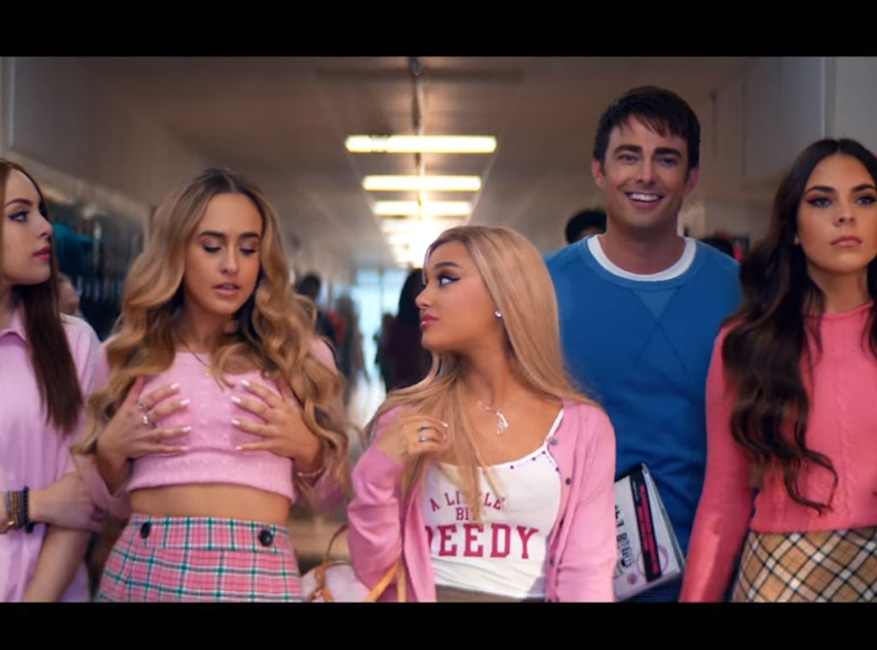 Fans of Mean Girls will remember that Karen is basically a pro weather woman. The character revealed in the film that she can predict whether or not it is raining, simply by touching her breasts. So, of course, they had to pay homage to Karen's skills in the "Thank U, Next" video.

And then there is Ariana's tank top, which hints at the yet-to-be-released single titled, "Needy." The original Regina wore one that read "A Little Bit Dramatic." 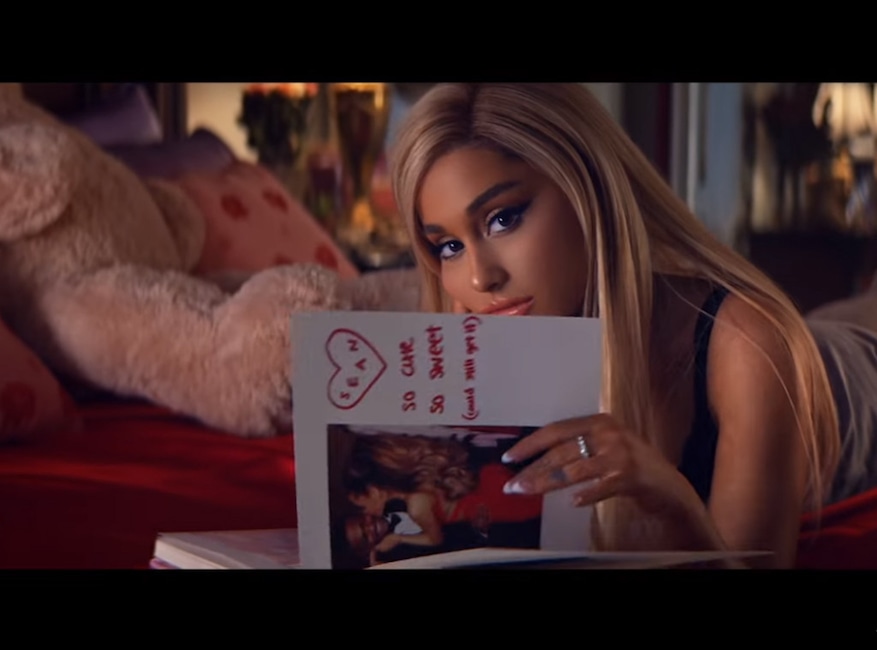 Want to know what Big Sean is really like? Well, it seems like he is "So Sweet, So Nice." And, it turns out, he might still have a chance with Ari. She wrote, "Still can get it." 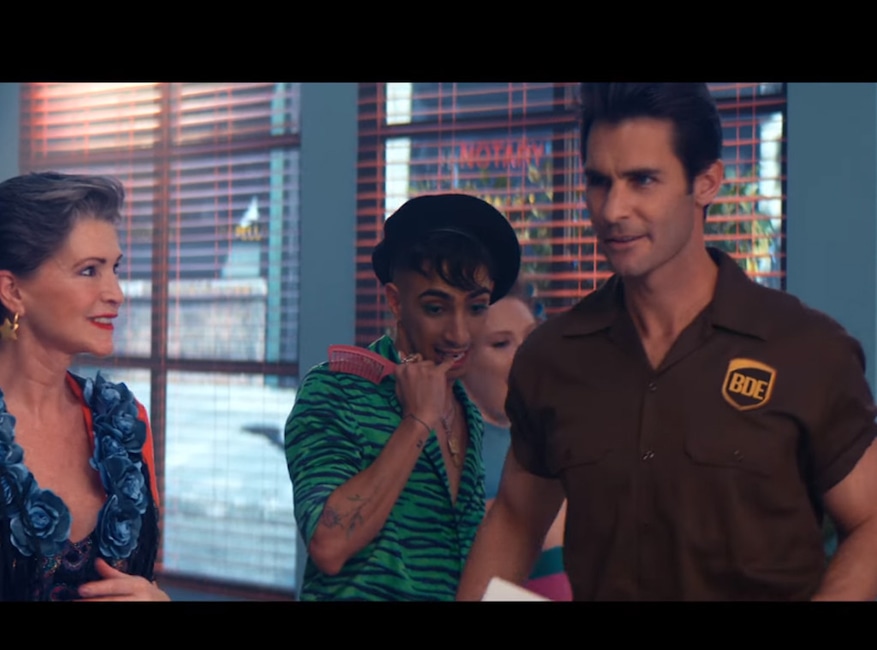 In yet another shout-out to Pete, the creative team behind the "Thank U, Next" music video changed the UPS logo to BDE in reference to Pete's, uhhh, aura. 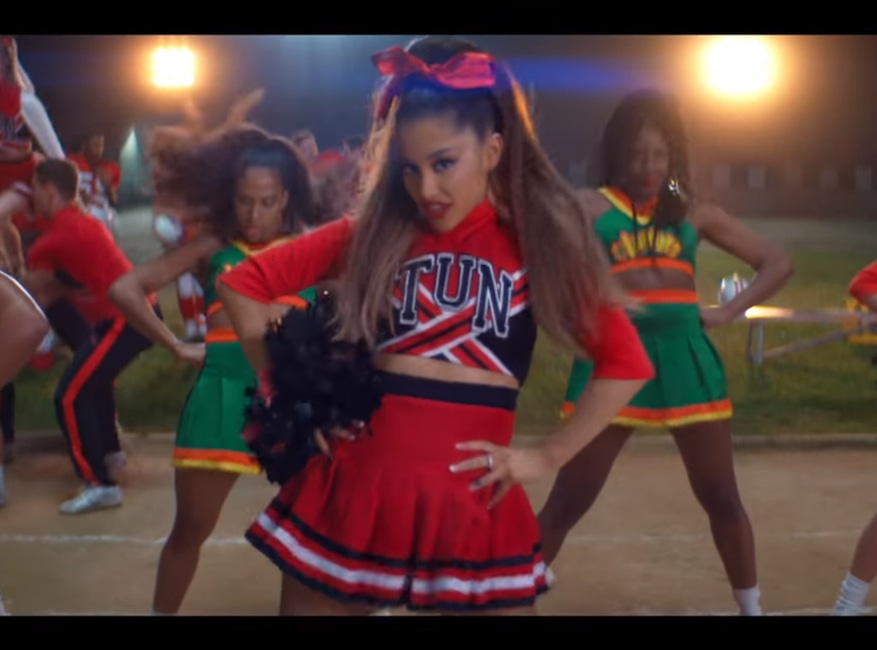 This word has not yet come up as a possible song title, but seeing as how Ari likes to tease names for singles, it might be a new title. 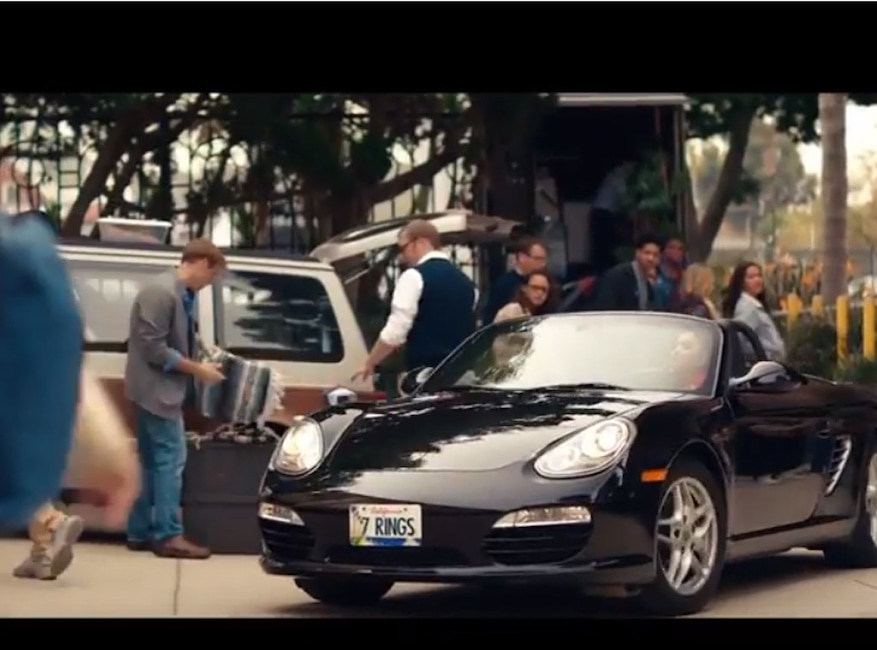 After fans saw the phrase in the "Breathin'" music video, they were convinced it is a title for a new song. And maybe this license plate is confirmation of their suspicions.