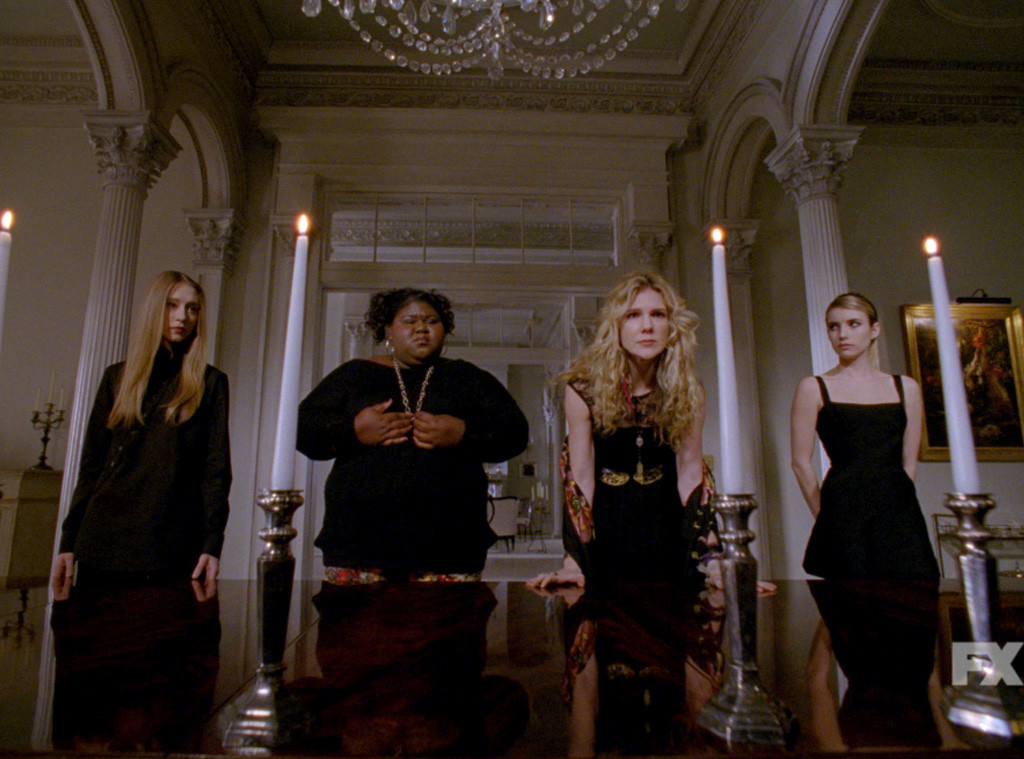 Surprise, bitches! The American Horror Story crossover you've been waiting for is coming this fall.

Ryan Murphy surprised fans last week when he revealed that a crossover season of Murder House (the franchise's first installment) and Coven (the third), something he'd teased as far back as 2016 with no concrete details in terms of a timeline, would, in fact, be this fall's eighth installment. "The Coven/Murder House AHS crossover season won't be happening next year...because it's happening THIS YEAR," Murphy shared on Twitter. "AHS #8 WITCHES RULE THIS SEPTEMBER."

Details have remained scarce, but over the weekend, Murphy and his former leading lady Emma Roberts (who earned a legion of fans as Coven's endlessly quotable Madison Montgomery) confirmed the actress would be back in action for season eight. Roberts shared a video on Instagram of herself in what appeared to be Madison's costume, delivering her iconic line, "Surprise, bitch. Bet you thought you'd seen the last of me."

During his Twitter Q&A for new FX series Pose, Murphy (in a since-deleted tweet) shared that "All the witches are being asked back," with Sarah Paulson chiming in to confirm that her Coven character Cordelia Foxx had gone back to her maiden name of Goode, all but confirming that Paulson's involvement in the season will be a reprisal of her Coven character. 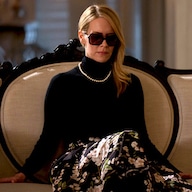 But what about the eight other actors in the AHS repertory company who appeared in both Murder House and Coven? Which character should they reprise, should they get invited back? We're breaking it all down below! (And from the sound of things, this crossover is leaning more Coven and less Murder House. We ain't mad at it.) 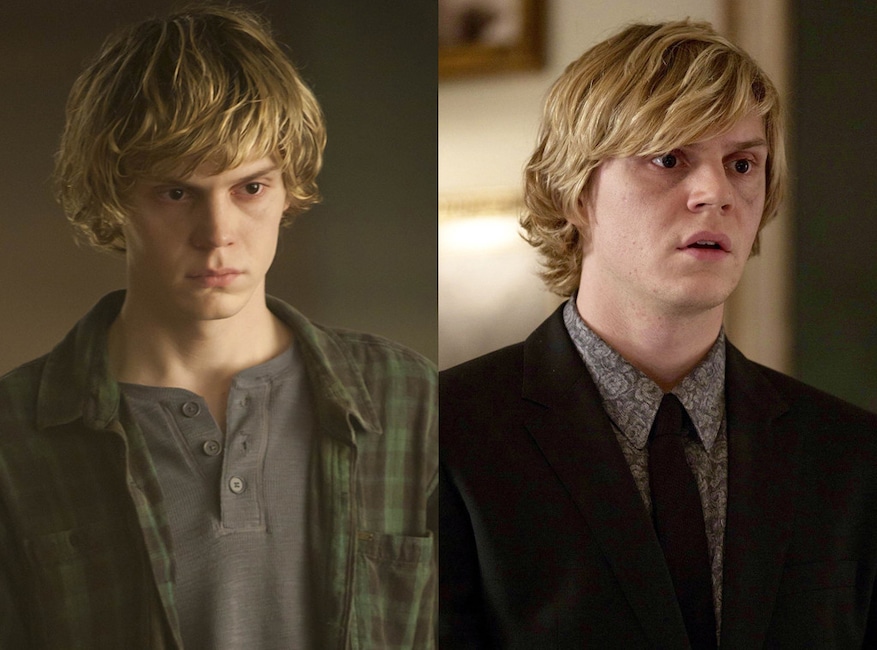 We know that Peters, one of the few of creator Ryan Murphy's ensemble to appear in each and every season, will be back for season eight. (Murphy confirmed the fact in April during a Cult FYC event.) But will he be reprising his Murder House role of ghost murderer (as in a ghost who murders—a lot—not a murderer of ghosts) Tate Langdon or Coven's Kyle Spencer, the frat boy-turned-Frankenstein's monster who eventually became Miss Robichaux's Academy's new butler? We'd love to see Peters return to the role that started it all, but chances are he'll be playing someone entirely new during the crossover season. "Your part this year is a comedic part," Murphy told Peters during the April panel, adding that he'd be playing a hairdresser. 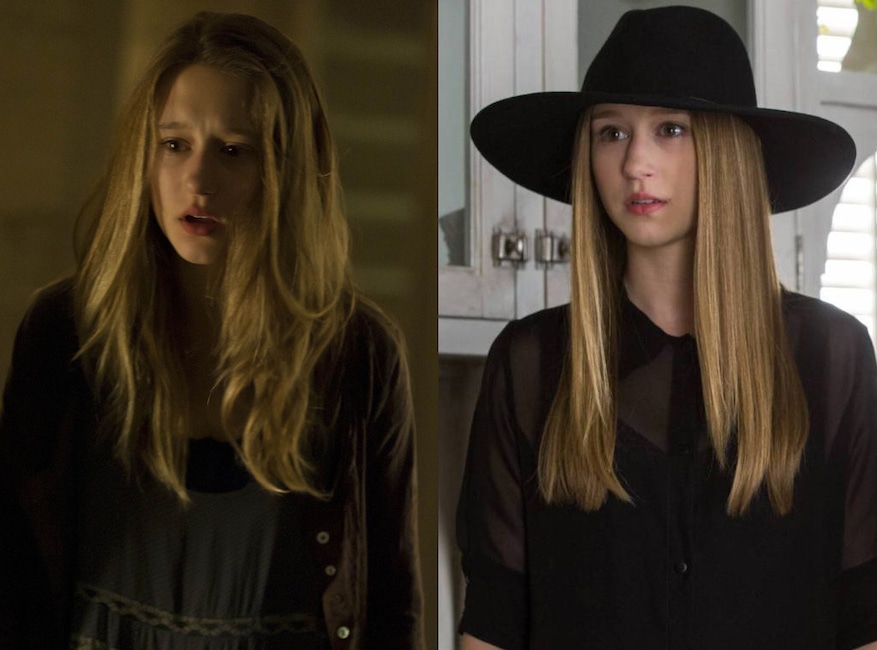 Farmiga's involvement in season eight has yet to be confirmed, but we're hopeful that she'll want to get back in on the AHS fun after last popping up in 2016's Roanoke where she was burned at the stake. If she does return, should it be as Murder House's Violet (never forget the punch to the gut when we learned, along with her, that she'd in fact died and was confined to the home for all of eternity) or Coven's Zoe, one of the few witches left standing when all was said and done (though not without a resurrection)? Given Murphy's apparent focus on Coven, our money's on Zoe. After all, it would be mighty hard for Violet to factor into any action that didn't explicitly take place in the Murder House. 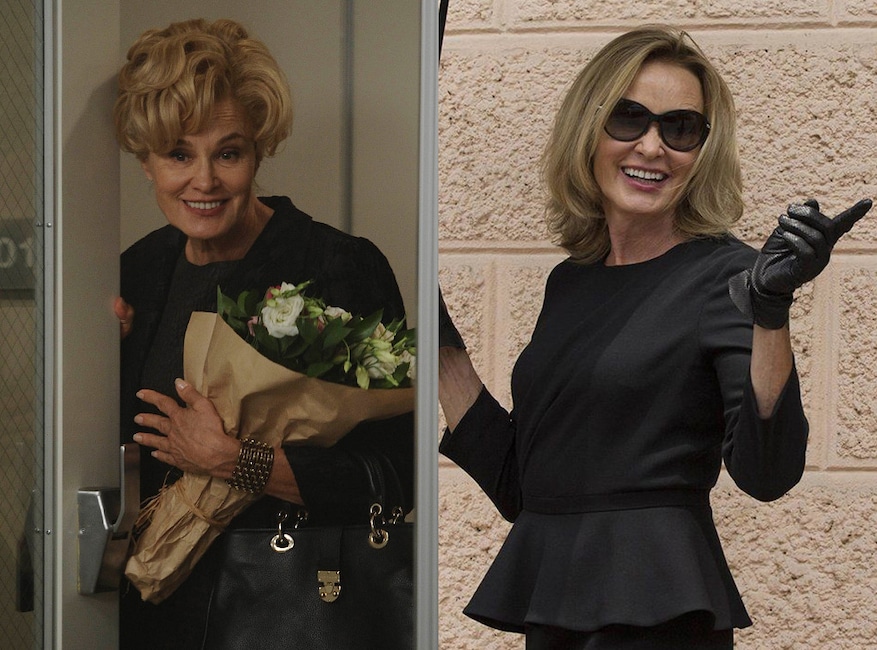 Look, we're not all that sure that Lange will even consider returning to AHS for this crossover season. The franchise's one-time grande dame hasn't been involved since 2014's Freak Show and she hasn't seemed especially keen to return. However, her relationship with Murphy hasn't faded (she starred in the first installment of Feud for him, after all), so not all hope is lost. So, should Murphy lure her back in, which role should she reprise: Murder House's Constance Langdon or Coven's Fiona Goode? Considering Fiona died at the end of Coven and was banished to Hell and Constance is, presumably, still out there raising her psycho grandson, our money's on Constance. And TBH, she's who we'd want to spend some more time with, anyway. 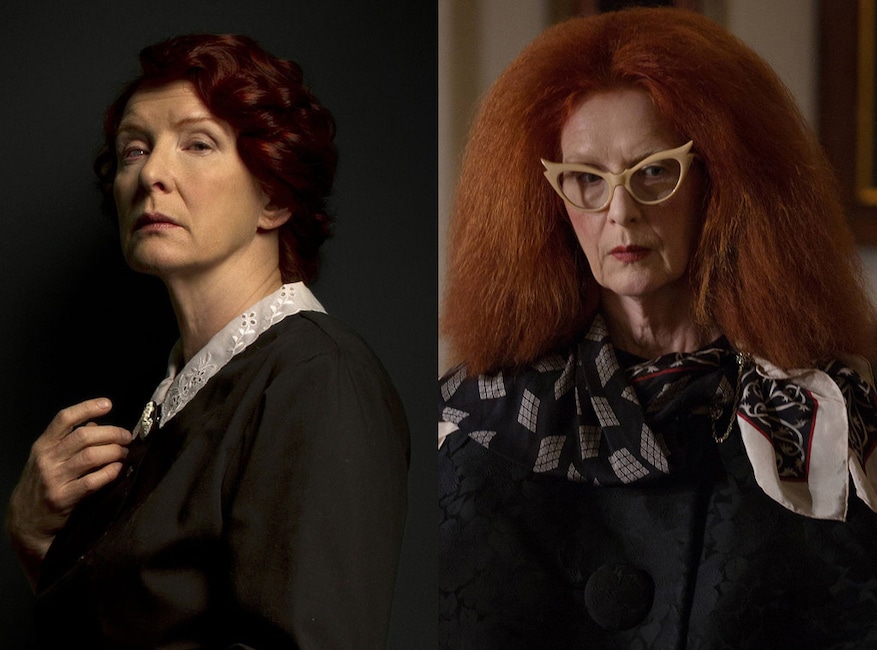 Sure, Conroy's Myrtle Snow was burned at the stake—again—at the end of Coven, but anyone who can rebound from one death by fire (while shouting "Balenciaga" as her last word, no less) to find herself sentenced to another deserves a third go round. And given Murphy's "All the witches are being asked back" sentiment, Myrtle's return makes a lot more sense than the inclusion of Murder House's maid Moira. 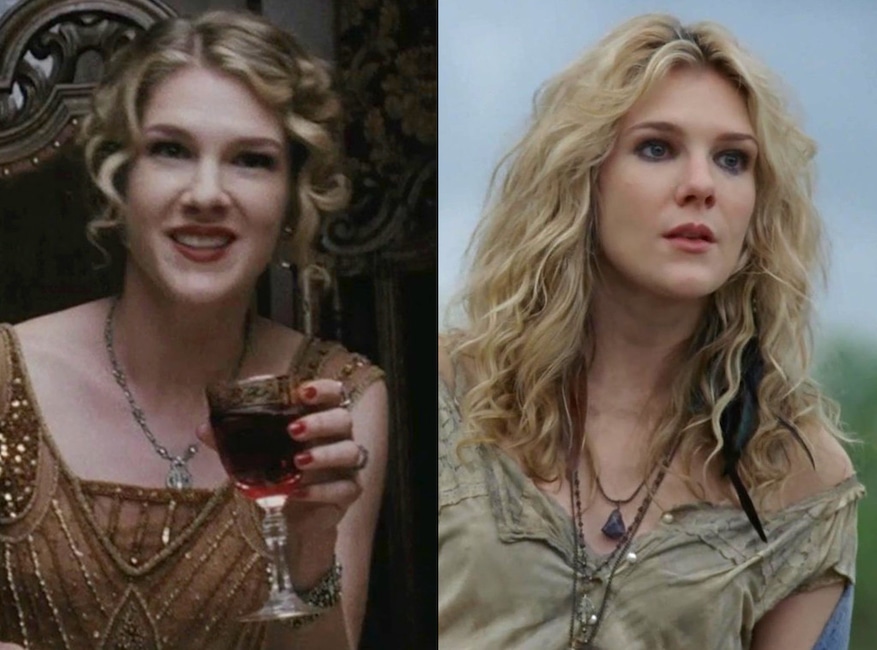 Give us Coven's Stevie Nicks-loving Misty Day or give us nothing. We don't care that she died during the test of Seven Wonders. (If we learned one thing during Coven, it's that death is not permanent. At all.) Murder House's Nora Montgomery has been through enough, giving birth the the Infantata and all. 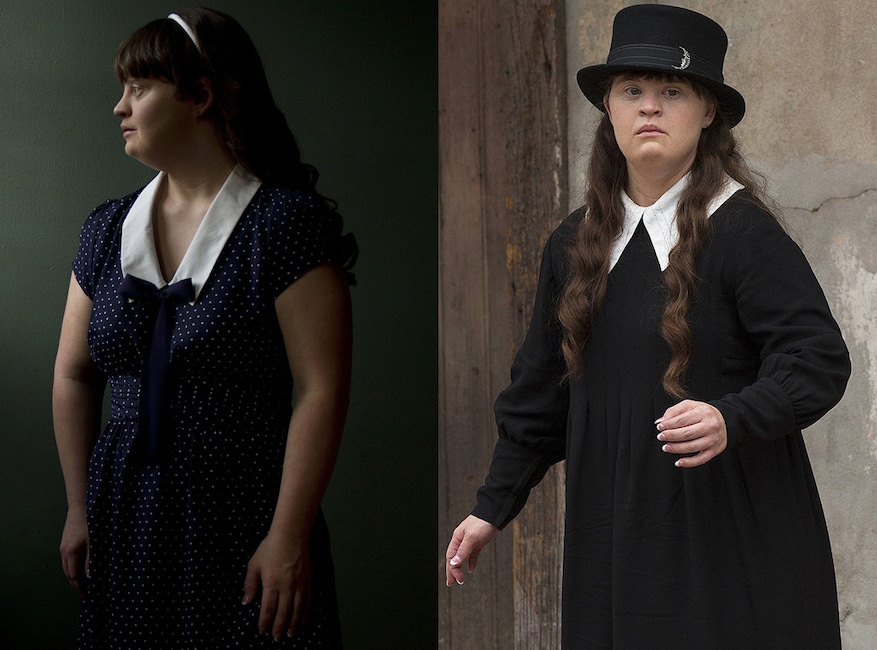 Poor Nan didn't deserve the drowning she received from Fiona and Marie Laveau (Angela Bassett) towards the end of Coven, so here's hoping she gets a reprisal in the crossover. Besides, Murder House's Addie died in the street just out of the house's mystical ghost-making properties and wasn't able to come back as a ghost, so any resurrection granted her way would undo the emotional importance of her death. 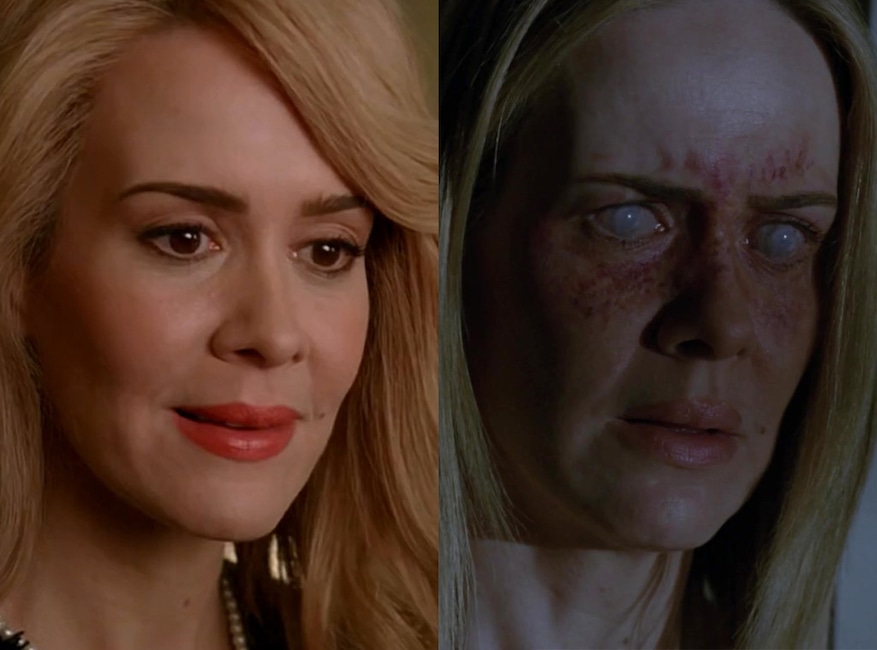 There's no way Paulson won't be back as Coven's Cordelia Foxx, the new head of Miss Robichaux's Academy who revealed their existence to the world. After all, we've already seen Murder House's Billie Dean Howard once again in Hotel. We don't need another visit with the medium. 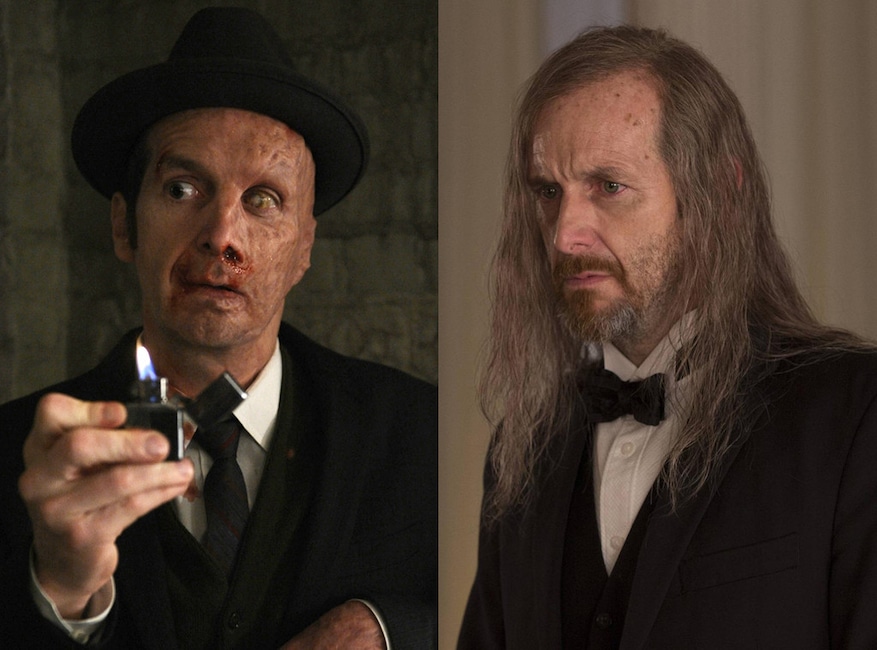 We're not all that sure we want to spend more time with Murder House's Larry or Coven's Spalding. Larry's alive, though behind bars, while Spalding's a ghost—though that doesn't really mean much in the world of AHS. If O'Hare does return, our money's on Spalding, but our wish would be for a new character altogether. 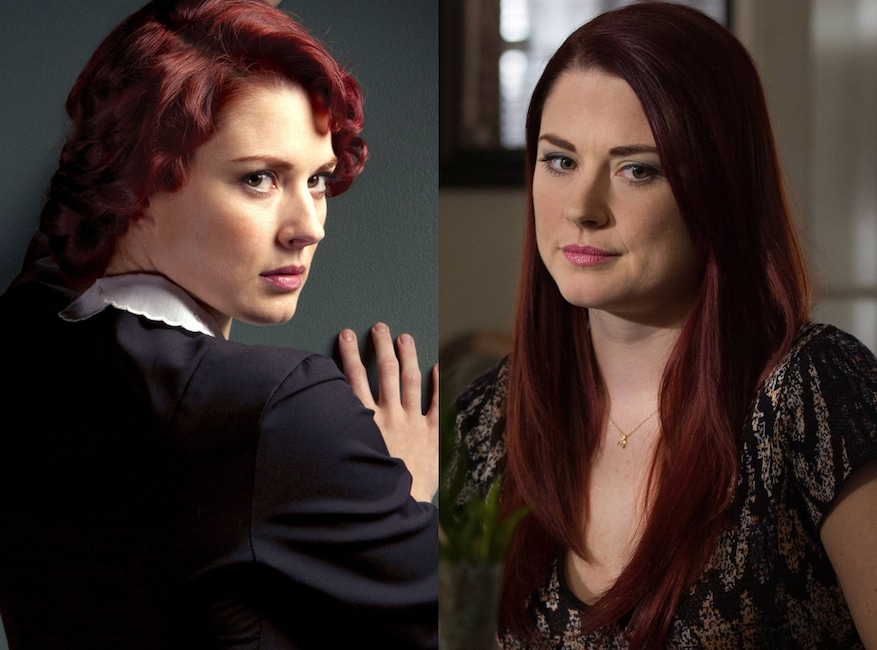 Considering we don't even really remember Breckenridge's time as Kaylee in Coven, should she return, we'd expect it to be some sort of flash back to the earlier days of Murder House when Moira was still young. But, to be honest, we're not really holding our breath on either.

Which characters from Murder House and Coven do you most want to see return to AHS this fall? Let us know on Twitter at @eonlineTV!

American Horror Story returns for its eighth installment this fall on FX.