According to the Palace, The Duchess of Sussex "worked closely" with the College of Arms in London to create a Coat of Arms that was "both personal and representative."

"The Duchess of Sussex took a great interest in the design," Thomas Woodcock, Garter King of Arms, stated. "Good heraldic design is nearly always simple and the Arms of The Duchess of Sussex stand well beside the historic beauty of the quartered British Royal Arms. Heraldry as a means of identification has flourished in Europe for almost 900 years and is associated with both individual people and great corporate bodies such as Cities, Universities and for instance the Livery Companies in the City of London. "

Meghan Markle Tells Her BFFs They Can Still Call Her "Meg" 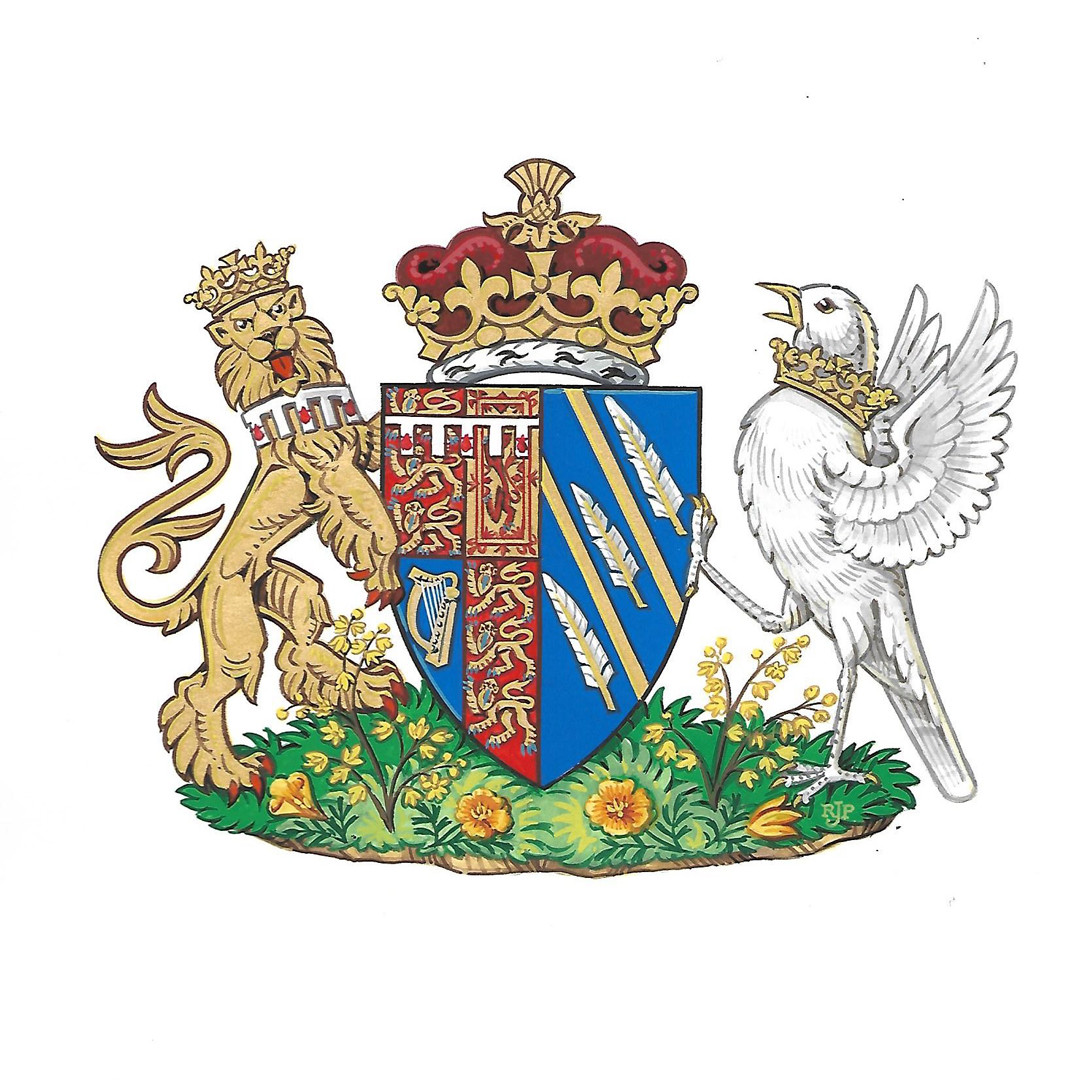 Meghan's Coat of Arms is full of historic symbolism and California charm. According to the Palace, the blue background symbolizes the Pacific Ocean off the coast of California, where Her Royal Highness was born. Similarly, the two golden rays across the shield represent the California sunshine. The shield also sits on a bed of green grass with golden poppies peaking out—a nod to California's state flower. As a tribute to her new home in London, there is also wintersweet—a flowering plant that grows at Kensington Palace.

Per the Palace, the Coat of Arms also features three quills, which symbolize communication and the power of words. Even before she was a duchess, Meghan spoke on a panel with Harry, Prince William and Kate Middleton at the first annual Royal Foundation Forum. Of course, she also did plenty of public speaking before her days as a royal. Royal admirers will recall she spoke at the United Nations on International Women's Day in 2015.

There's also a lion on the left side of the Coat of Arms and a songbird on the right. These are the Supporters. According to the Palace, it's "customary" for the wife of a royal family member to feature one of her husband's Supporters in addition to her own. Harry's Coat of Arms features the English lion on the left and the Scottish unicorn on the right. So, the lion on the left side of the shield symbolizes Harry while the songbird on the right symbolizes Meghan. According to the Palace, the bird's open beak and elevated wings once again represent communication.

The Duchess of Sussex has also been assigned a Coronet, which is a small crown.

"It is the Coronet laid down by a Royal Warrant of 1917 for the sons and daughters of the Heir Apparent," the Palace states. "It is composed of two crosses patée, four fleurs-de-lys and two strawberry leaves."

Queen Elizabeth II and Woodcock approved the design. Meghan's Coat of Arm reveals comes less than a week after her marriage to Harry and just a few days after she made her royal debut.