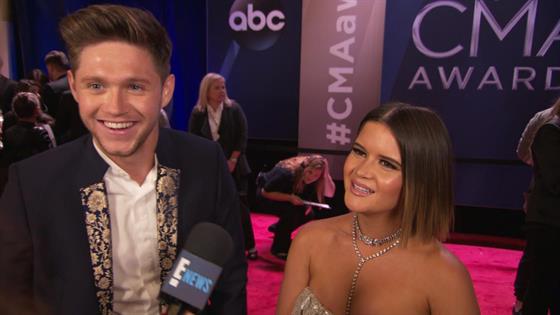 Now Playing
Up Next
Will Niall Horan Perform at Maren Morris' Wedding?

At the 2017 CMA Awards, Niall Horan and Maren Morris teamed up to perform "Seeing Blind," off of his debut solo album, Flicker. It followed a short intro of her hit "I Could Use a Love Song."

Before they took the stage, E! News caught up with Horan and Morris on the red carpet to get all the details on their musical collaboration. "I just sent her a song that I'd written and asked, 'Would she jump on it?' She wrote back saying she would love to," explained Horan, who noted that country music isn't "dissimilar" from what he listened to as a lad in in Mullingar, Ireland. "I was blown away by that, having just seen her smash it at the Grammys, win a Grammy and perform at the Grammys," the 24-year-old singer continued. "I was just very happy with that."

Wednesday marked Horan's first time attending the annual award show. "We're here for the first time performing it, at the biggest night in country music, so it's exciting," he said, adding, "The more time I've spent in the States over the last six, seven years, the more I've figured out how much I love the country scene and what's going on here. Its such a beautiful community." 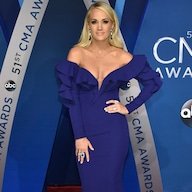 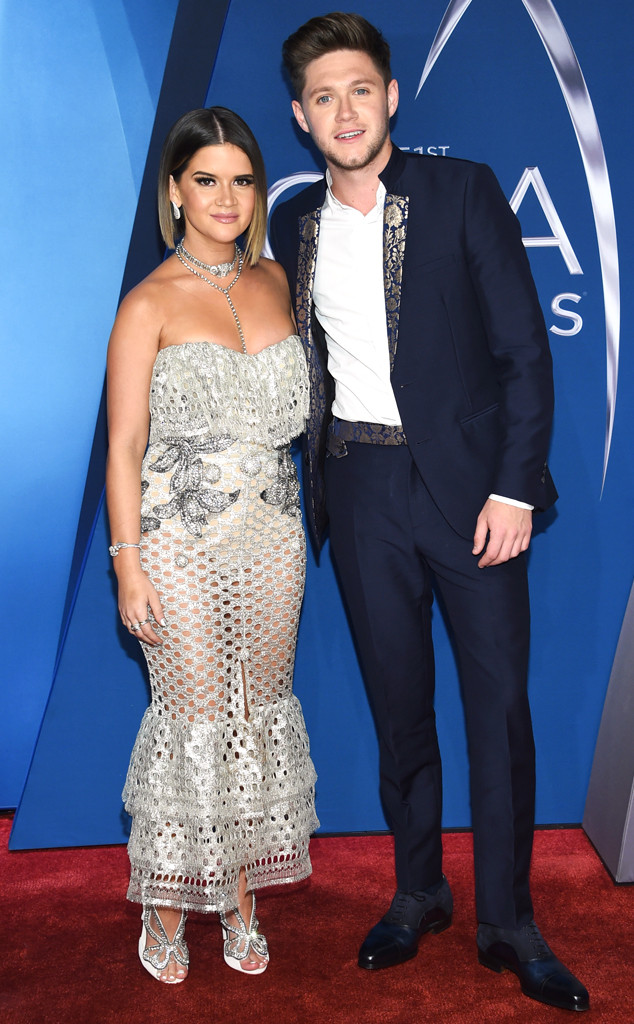 E! News also talked to Morris about her upcoming wedding to Ryan Hurd. "We have a date now—it's March 24. I feel like all the corners are knocked out. We've got the location, the date, the guest list—kind of—and I've got the groom!" she said. "So, that's the most important part."

Luckly, the 27-year-old singer, who announced her engagement in July, is anything but a bridezilla. "I'm not like a very stuffy person, and I actually get really bored just sitting down for hours and hours. Ryan and I want it to feel like us, so it's going to be a party. There's going to be a margarita bar, oyster bar, a Motown DJ, my dog. All of it!" Morris teased. "Niall's performing!" 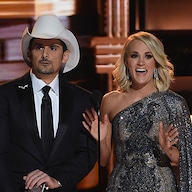 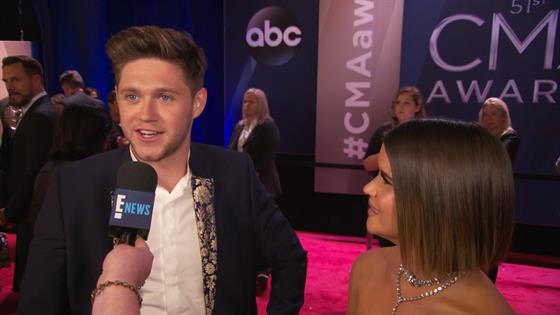 Speaking of rumors, Horan wanted to set the record straight about his "rap rivalry" with One Direction's Louis Tomlinson. "We just have the fans convinced that we can all rap, and we're going along with it," he said, referring to their tweets. "I cannot rap at all, but for some reason, people don't understand our sarcasm and they actually think that we're going to start having rap battles now. But, it's a complete joke—I can't rap at all. I can barely talk, never mind rap!"

Morris found the idea amusing. "There's just no better time to start learning how to rap than the Country Music Awards," she joked. Horan laughed and added, "Exactly! Keeping it country!"

Don't expect Morris to join the boys' "rap rivalry," either.

"I would be equally horrible," she told E! News, "so I will not add anything great to that at all!"