"You Set Me Up!" Teresa Giudice Accuses Jacqueline Laurita of Calling the Feds on Her on RHONJ Reunion Part 1 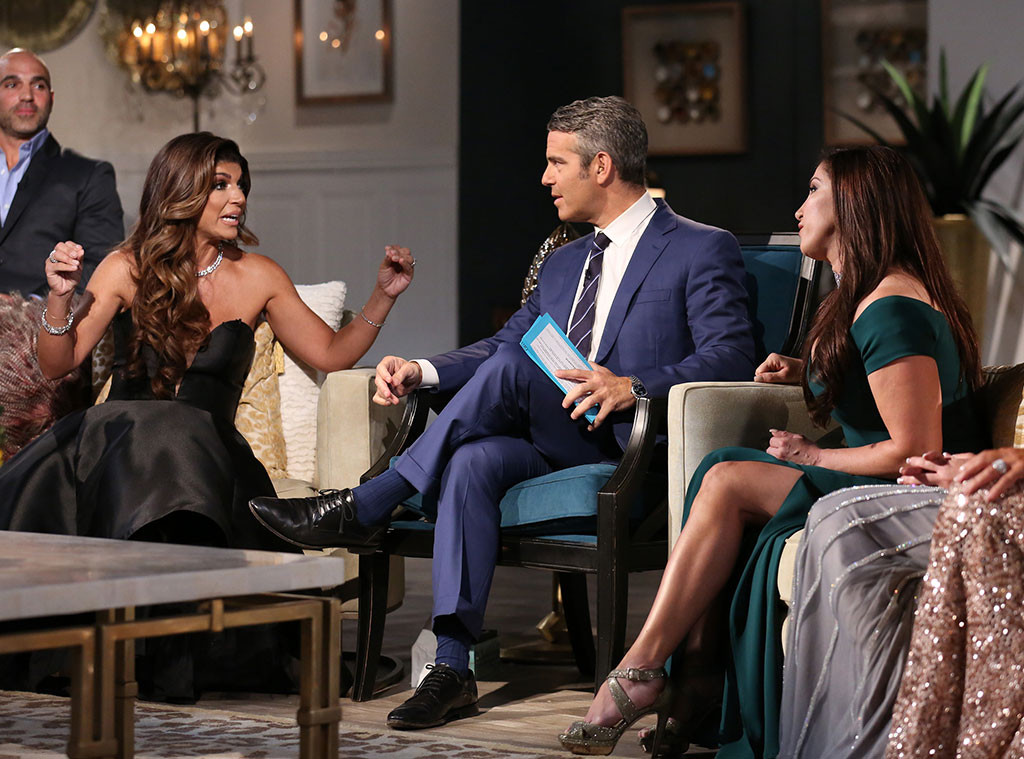 "A Tale of Two Housewives."

That's really what part one of The Real Housewives of New Jersey's season seven reunion was on Sunday night, with former BFFs-turned-bitter rivals Teresa Giudice and Jacqueline Laurita's feud taking over the entire episode. The biggest shock of the night came at the end of the hour, with Teresa accusing Jacqueline, and former RHONJ co-star Caroline Manzo, of calling the IRS on her and husband Joe Giudice, resulting in their respective prison sentences (15 and 41 months) for mail, wire and bankruptcy fraud. 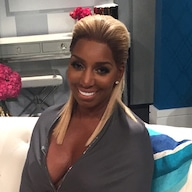 "I plead guilty and you set me up," Teresa said, shocking the entire room into a stunned silence (several jaws hit the floor). "You set me up. In my gut, it was either you, you and Caroline, set me up. You guys were behind everything, calling the government, everything," Teresa continued.

When a stunned Andy Cohen followed up, asking if she really believed that, Teresa said, "Definitely her [Jacqueline], and I think Caroline, 'cause at the time they were in cahoots."

Teresa also accused Jacqueline of selling stories to tabloids about Teresa and her family, including their legal troubles and that Joe cheated on her with his secretary back in 2012. (Teresa also accused Chris Laurita of cheating on Jacqueline, which the latter denied.)

Oh, and new Housewives Siggy Flicker and Dolores Catania made their reunion debuts, but come on, is there really much to say aside from they both love their kids and Dolores got butt implants? (We agree with Tre, her derriere looked great before!)

But back to the main event: Teresa and sister-in-law Melissa Gorga vs. Jacqueline, as the entire episode leading up to Teresa's bombshell accusation was a verbal sparing match starring the trio.

Sigh...stripper-gate was once again brought up, with Melissa saying she believed Jacqueline had a part in it due to her close friendship with (ugh) Kim D., while Jacqueline claimed Tre fed the info to Kim. "Nobody's hands are clean," Melissa said...and then Teresa claimed Jacqueline used to be a stripper, possibly going by the stage name Fruit Loops.

And as RHONJ fans know, Teresa recently reconciled thanks to the healing power of yoga with original cast member Danielle Staub, she who incited Tre's infamous table flip, which happened after she was brought up at the reunion. Teresa said she would love for Danielle to return to the show, and  when a shocked Jacqueline asked why, Tre simply said, "I wanted her to come back and attack you." (well, we all know that's looking like a real possibility now...season eight, perhaps? A Bravo fan can only dream.)

The last part of the reunion that needs to be addresses? Andy asking Teresa why she chose to get a brand-new Lexus immediately after getting out of prison, a decision the other women criticized on-camera.

Tre, however, was not going to be car-shamed, saying, "We paid back our restitution. If you lease a Lexus, it's not that much money."

The Real Housewives of New Jersey reunion continues next Sunday at 10 p.m. on Bravo.

TAGS/ Teresa Giudice , The Real Housewives Of New Jersey , Real Housewives , TV , Top Stories
GET POP CULTURED!
*Email entered incorrectly. Please try again.
By subscribing to our newsletter you agree to the Privacy Policy and Terms of Use
Daily
Weekly