Inside Mila Kunis' Last Few Weeks of Her Second Pregnancy 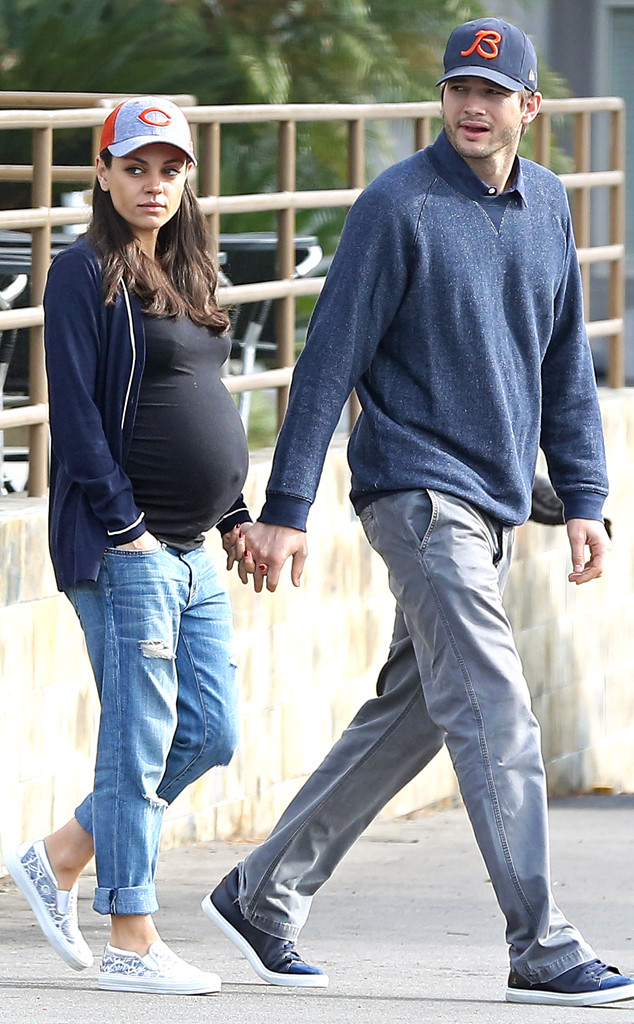 Mila Kunis and Ashton Kutcher are in the final stretch of their countdown to baby No. 2!

The pregnant actress, who is expected to give birth to her second child sometime this month, was spotted out and about with her famous hubby yesterday for a casual brunch date. Mila and her growing baby bump stepped out in jeans, a zip-up and a Chicago Bears cap alongside an equally cazh Ashton for some breakfast at Bea Bea's Cafe in Burbank, Calif.

Despite getting close to crunch time with the arrival of their son, these two stars haven't slowed down on their activities lately. 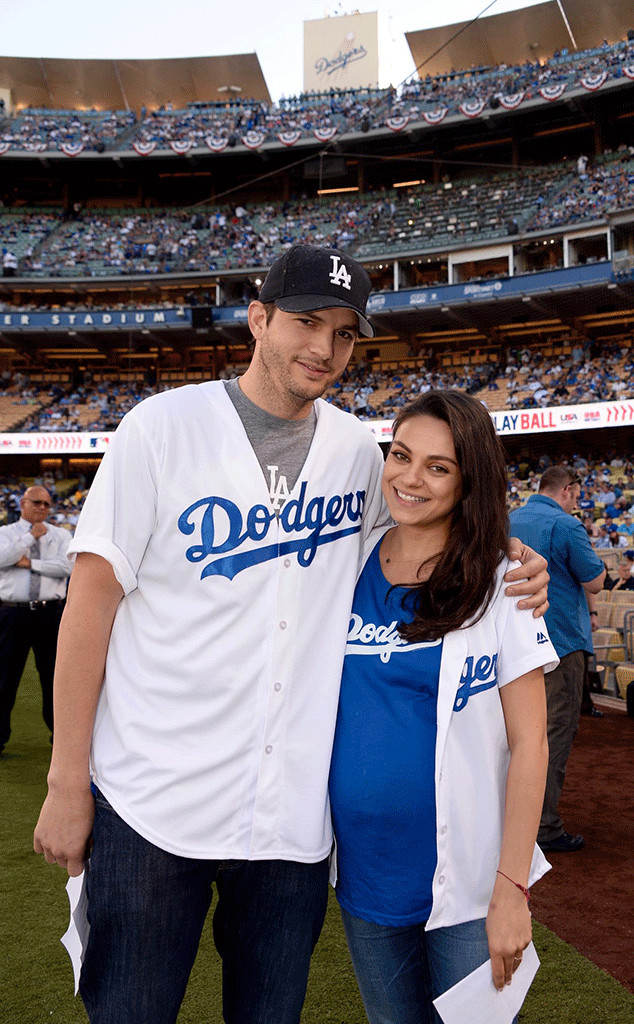 Aside from sightings of the famous mama or the duo out and about the Studio City, Calif., area running errands and taking mommy classes at Pint Size Kids, these two recently made sure to participate in the baseball playoffs.

Mila and Ashton were front and center as they watched the Los Angeles Dodgers face off against the Chicago Cubs in their personalized Dodgers jerseys. And before the first pitch was even thrown, the Hollywood couple stepped onto the field at Dodger Stadium where they announced the home team's starting lineup.

"It's time for Dodger Baseball," the couple told the sold-out crowd before "All the Way Up" began playing inside the stadium. "Let's go Dodgers."

A source told E! News at the time, "Ashton and Mila are season ticket holders but they usually come to the games unannounced. They sit up close by the dugout and always just watch the game and cuddle with each other. Last night, they did meet the team and wished them luck before the game started."

Earlier last month, the two lovebirds were seen shopping at Party City and grabbing balloons for what we can only assume was for daughter Wyatt's 2nd birthday. Luckily, it doesn't seem like the Terrible Two's have come just yet.

Kunis joked in an interview with Look, "Wyatt's rambunctious but she's not there yet where she's two-and-a-half and I'm like, 'Holy s--t, there's this demon baby coming out! We haven't quite hit the demon stage yet." 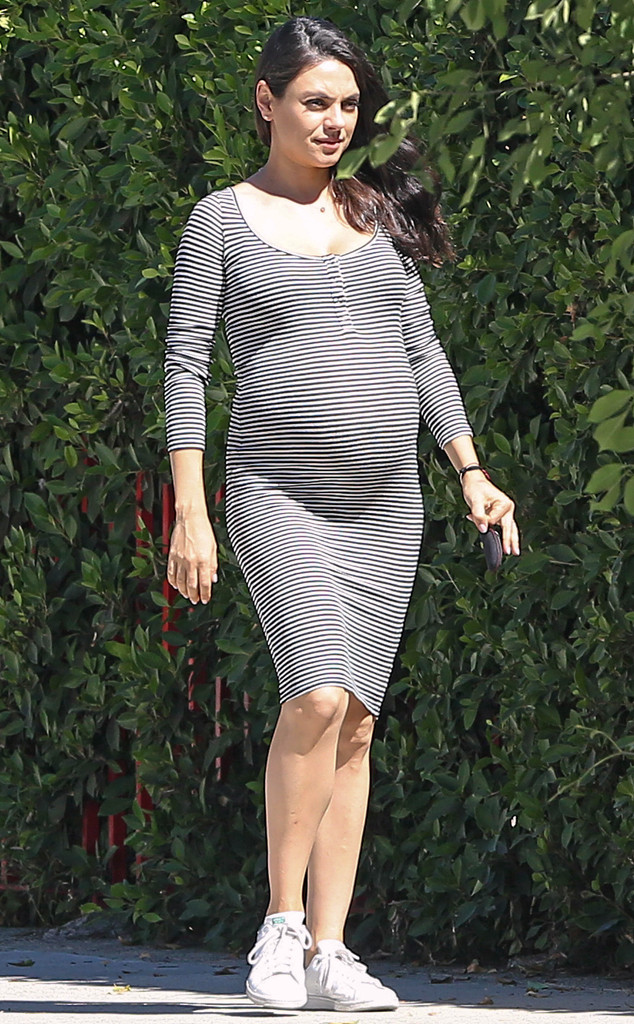 Perhaps the running around is partially due to the fact that Mila forgets she's pregnant, LOL.

"I feel really good," she told Conan O'Brien last month, "With the first one, there were these apps where you could check daily to see the size of your baby based on fruit. So, 'Oh, today my baby's the size of guava,' or a banana, or avocado.' And I did it, like, every day. I couldn't even tell you how far along I am right now. I'm like, 'I don't know. A couple months?' I genuinely don't know how far along I am. I'm like, 'Somewhere between this and that.'"

But when she was pregnant with Wyatt it was a totally different story. "With the first one, I would tell you the exact [date]. I mean, like, literally to the T what was happening, the formation of the eyes, the tail's no longer there. Like, whatever it was. [Now] I have no clue what's happening with my baby."

Well, we'll all find out in a few short weeks.