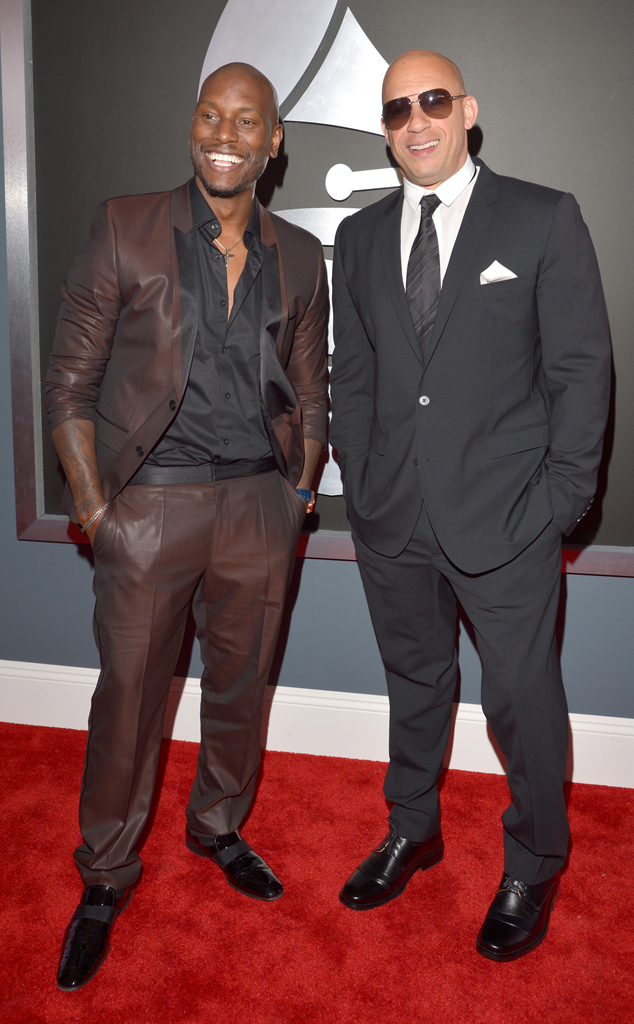 Nope, the actor had more to say involving all of that Fast 8 drama that erupted after Dwayne "The Rock" Johnson called out his "chicken s--t" and "candy ass" male co-stars (without actually saying any names).

There was speculation that the male co-star The Rock was calling out was Fast & Furious veteran Vin Diesel, and that rumor has only been heightened given Tyrese's latest post. The franchise star took to Instagram to share a red carpet photo with Diesel, and praised the star in his caption for everything he's done, both in their personal friendship and on the film.

"Spreading love always..... without saying I've had too many moments to counts, too many heart too hearts, we've celebrated in too many countries, too many exchanges, too many play dates with our angels...... Our brotherhood and every moment has inspired me to be a better man and father.... So much strength to pull from.....," he wrote.

"I'm so f--king proud to call you my family and my brother.... even now I'm learning so much about sitting still and being centered in the mist of all of this unexpected energy....... I've always said that if ONLY people knew how hard you work to protect this franchise and characters, minds would be blown...... The fans around the world who continue to show UP for us are just all around amazing...... And if no one else will jump out there and stand up I will - You're my brother for life let's keep it positive and keep rockin this thing...... My proudest post......" 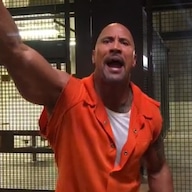 Dwayne The Rock Johnson Weighs in on Fast 8 Family Drama: ''Conflict Can Be a Good Thing''

Co-star Ludacris seemed to give his silent co-sign to Tyrese's post, following up with a throwback photo of the Fast cast sans Johnson, #ouch.

Tyrese first addressed the growing feud in a now-deleted post on Instagram yesterday, by sharing a video of an ever-cheery The Rock singing happy birthday to Tyrese's daughter. The caption, however, is where Tyrese let his thoughts on his co-star's rant air out. "...why are you guys so impressionable? A man wouldn't be singing from his heart and soul to another mans little angel if he had a problem with her dad," Tyrese began.

"Does any of us know why bro decided to jump out there with his post? No...Would one assume that IF he's going to jump out there and generalize and say 'Male Co-Stars' he would be more clear and call out names??? Of course he should of—Let me calm you guys all the way down...I don't know WHO he has a problem and I don't have any details of WHAT those problems are—as a matter of fact if I DID know I would tell you s--t!!!!"

Meanwhile, The Rock commented on his seemingly out-of-nowhere rant on social media again yesterday, writing, "You guys reading this know how much I believe in the idea of team effort. That means respecting every person, their time and their value when they step onto my set or partner with our production company.

"And like with any team, that's a family, there's gonna be conflict. Family is gonna have differences of opinion and fundamental core beliefs. To me, conflict can be a good thing, when it's followed by great resolution. I was raised on healthy conflict and welcome it. And like any family, we get better from it."

As for Vin, the actor shared a somewhat cryptic message earlier today, but seems to remain focused on work and his family. Diesel followed up with a bittersweet, and slightly heartbreaking, video earlier today to share that his son Vincent was looking over his birthday list and told his father, "I want Paul [Walker] to come. I really miss him." 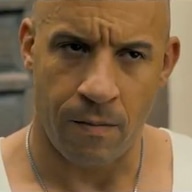