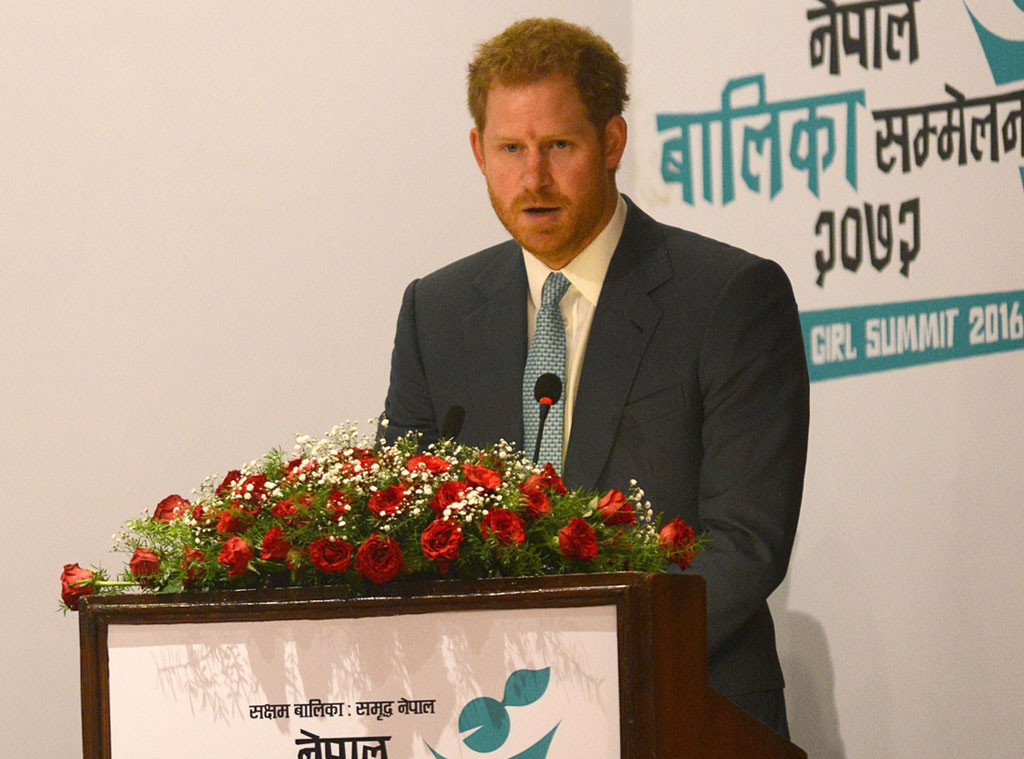 Prince Harry is a proud feminist, as he reconfirmed Wednesday.

Backed by the President of Nepal, Bidhya Devi Bhandari, Harry capped off his tour of the country by delivering an impassioned speech as part of the Nepal Girl Summit in Kathmandu. "I am delighted to have the opportunity of opening this event alongside President Bhandari," the prince began. "Madam President, you have championed the opportunities for women and girls in Nepal for many years and it is a privilege to share this stage with you today."

"Over the last decade, I have been hugely inspired by working alongside those striving to help young people achieve their full potential, sometimes in very difficult circumstances. My charity Sentebale has helped thousands of children access education and healthcare in Lesotho, Southern Africa," the British royal continued. "Closer to home, in Nottingham, England, I have seen first-hand the transformational effect of even the smallest opportunity in keeping a child away from gangs, keeping them in school, and on track to a more fulfilling and prosperous life."

NEWS: Prince Harry thinks Princess Diana would want him to be a dad by now 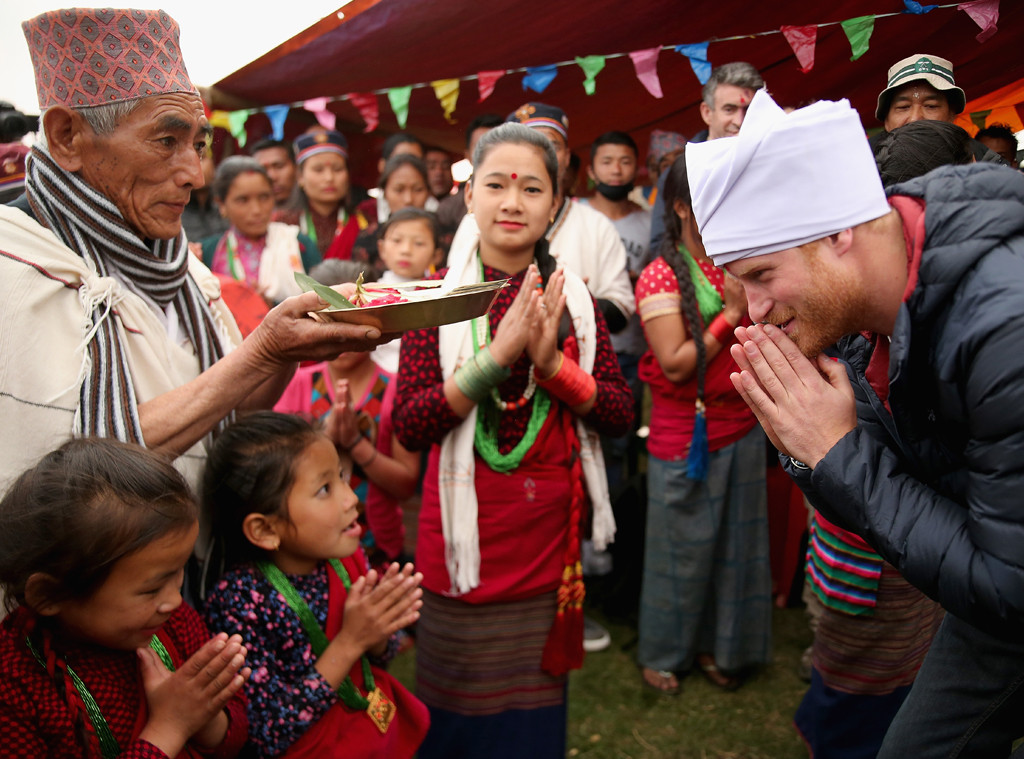 "While the unique challenges faced by girls is not a topic I have spoken much about in the past, I think it's important to acknowledge something that has become obvious to me and is already known to everyone in this room: There are way too many obstacles between girls and the opportunities they deserve," he said. "Whether it's a girl in Lesotho living with HIV; or the talented young woman in Britain who doesn't get taken seriously because of where she grew up; or the 14 year old girl forced out of school so she can get married here in Nepal; we need to acknowledge that so many countries and cultures are failing to protect the opportunities of young women and girls in the way they do for boys."

"I believe it is vitally important for men like me to acknowledge this as loudly and openly as role models do like President Bhandari, the U.S. First Lady Michelle Obama and activists like Malala [Yousafzai]," said Harry, who is a patron of a number of U.K.-based charities, including Dolen Cymru, MapAction, WellAction and several others. "As the First Lady has said, change needs to come from the bottom up. We won't unlock these opportunities for young women and girls unless we can change the mind-set of every family and community. To achieve this, it cannot just be women who speak up for girls." 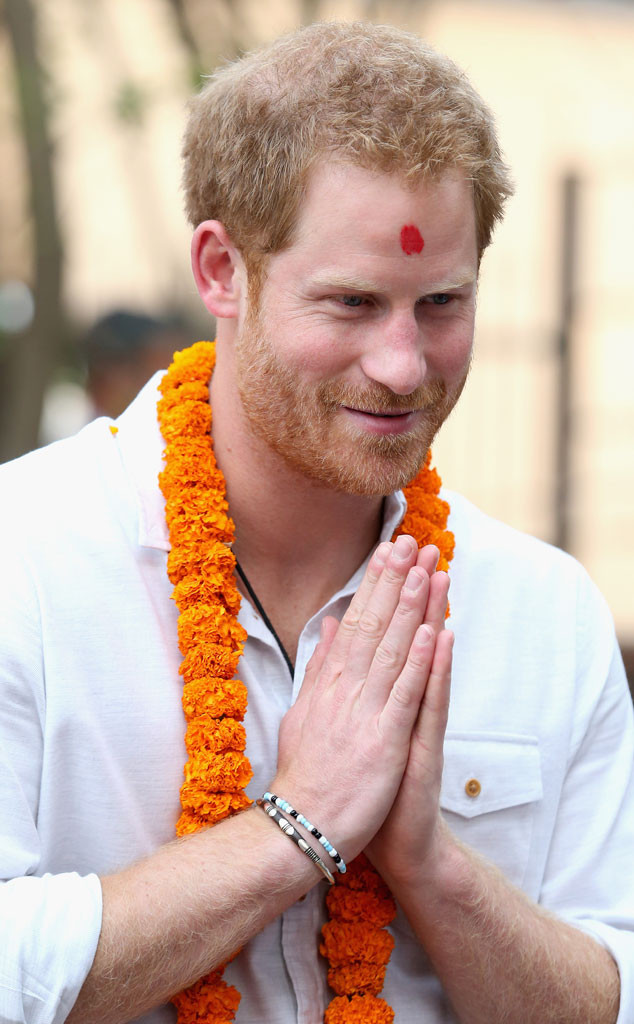 "So, let's be open about some of the challenges facing young women," Harry said just before sharing some startling statistics. "Globally, 62 million girls are not getting the education they deserve. Two thirds of the nearly 800 million people who were never taught to read and write are women," he revealed. "Around the world, more than 700 million women alive today were married as children and nearly 250 million of them were married before the age of 15."

"Here in Nepal, nearly half of all women who are today in their 20s, 30s and 40s were married before their 18th birthdays. And a little under half gave birth while still in their teens," he said. "It may be obvious to say it, but girls who marry young stay at home. They don't finish school. And they soon become locked in a cycle of illiteracy, poverty, ill health and, ultimately, powerlessness."

"How can this cycle be broken?" the prince asked. "We all know what the answer is education."

"Improved access to education can transform lives, families, communities and ultimately entire countries. When girls finish their schooling, they gain skills, knowledge and confidence—in short, they are empowered to improve their lives and the lives of everyone around them," Harry said. "I recognize that each country must find its own path; and that here in Nepal, this is a complex social challenge. But it is one that the Government is tackling and is making progress in its hope of ending child marriage by 2030; it has fallen by 10 percent over the last decade and the practice is now banned by law. Therefore the focus can now turn toward enforcement and education."

"Female leadership in Nepal now sets a powerful example, with women occupying the roles of President and Speaker. But the biggest reason for our optimism are the inspiring girls and boys in this room who care so much about changing attitudes towards young women in this country."

"I am proud to stand with you today," Harry concluded.