Margot Robbie to Star in Tonya Harding Biopic I, Tonya 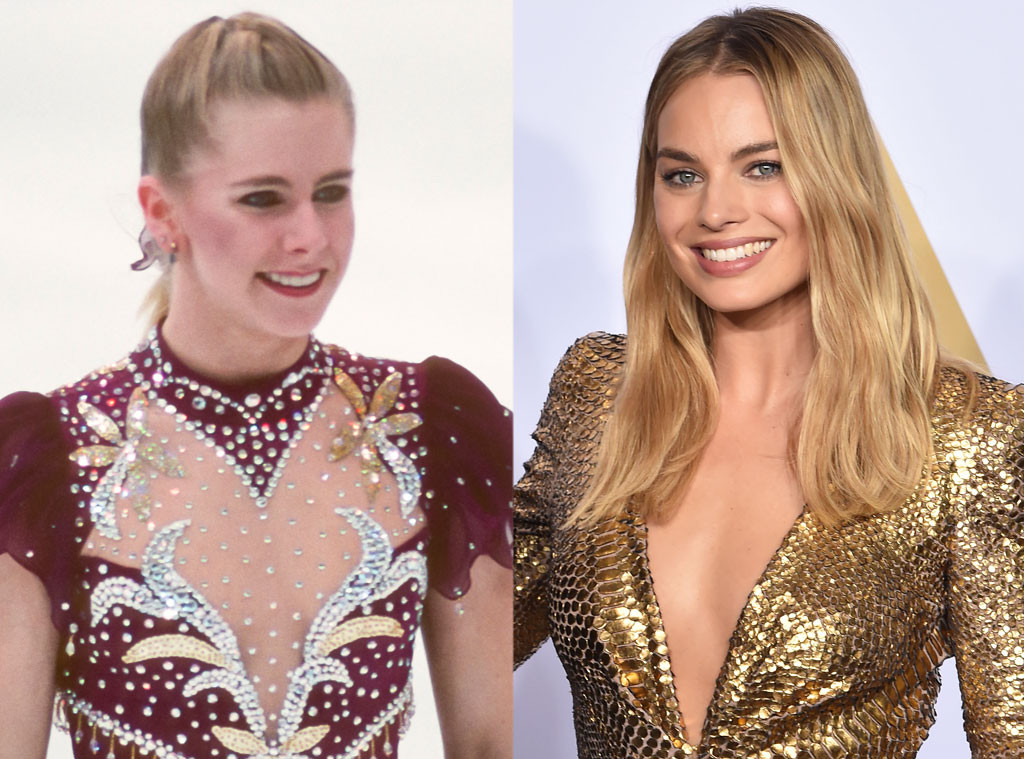 Margot Robbie is no ice queen, but she's about to play one.

Deadline reported Monday that the actress has signed on to play figure skater Tonya Harding in the upcoming movie I, Tonya. Robbie, who is also producing the biopic through her LuckyChap Entertainment banner, is said to be taking it upon herself to find the film's director. I, Tonya's script hails from Steven Rogers, who wrote Love the Coopers, P.S. I Love You, Kate & Leopold and Hope Floats. Robbie, meanwhile, next appears in The Legend of Tarzan and Suicide Squad.

Harding has yet to publicly comment on I, Tonya.

Robbie is not the first person to play Harding onscreen, of course. Both Melanie Hutsell and Amy Poehler parodied her on NBC's Saturday Night Live, in 1994 and 2002, respectively. Tina Yothers played the disgraced athlete in Comedy Central's spoof Spunk: The Tonya Harding Story in 1994, as did Alexandra Powers in NBC's drama film Tonya & Nancy: The Inside Story in 1994.

Harding overcame her blue-collar upbringing in Portland, Ore., to become the first American woman to land a triple axel jump in a major competition. She won the ladies' singles title at the 1991 U.S. figure skating championships and placed second at that year's World Championships.

The figure skater's reputation was ruined forever in 1994 after her then-husband, Jeff Gillooly, and one of her bodyguards hired someone to break fellow rival American skater Nancy Kerrigan's legs. Kerrigan was struck in the knee during the attack, forcing her to quit the competition. Luckily, she recovered in time to compete at the Games, wining a silver medal. Harding threatened to sue the American figure skating authorities if they removed her from the competition, and she finished in eighth place. In March 1994, Harding was banned from the U.S. Figure Skating Association for life after she pleaded guilty to conspiring to hinder prosecution in the attack.

Both Harding and Kerrigan reflected upon the incident as part of NBC's documentary Nancy & Tonya, which debuted just before the 2014 Winter Olympics closing ceremony. At the time of the attack, Kerrigan initially gave Harding the benefit of the doubt. "I had people asking me, 'Do you think she had anything to do with it?' And I, my reaction to that was, 'That's ridiculous,'" she said. "To me, this had to have been some random act." In fact, Kerrigan said it wasn't until she spoke to the FBI that she realized Harding might be "the mastermind of the whole thing." Harding, meanwhile, stood her ground. "I have apologized so many times. She is not worthy of my time anymore," she told NBC. "I proved my innocence, yet people still think I was involved."